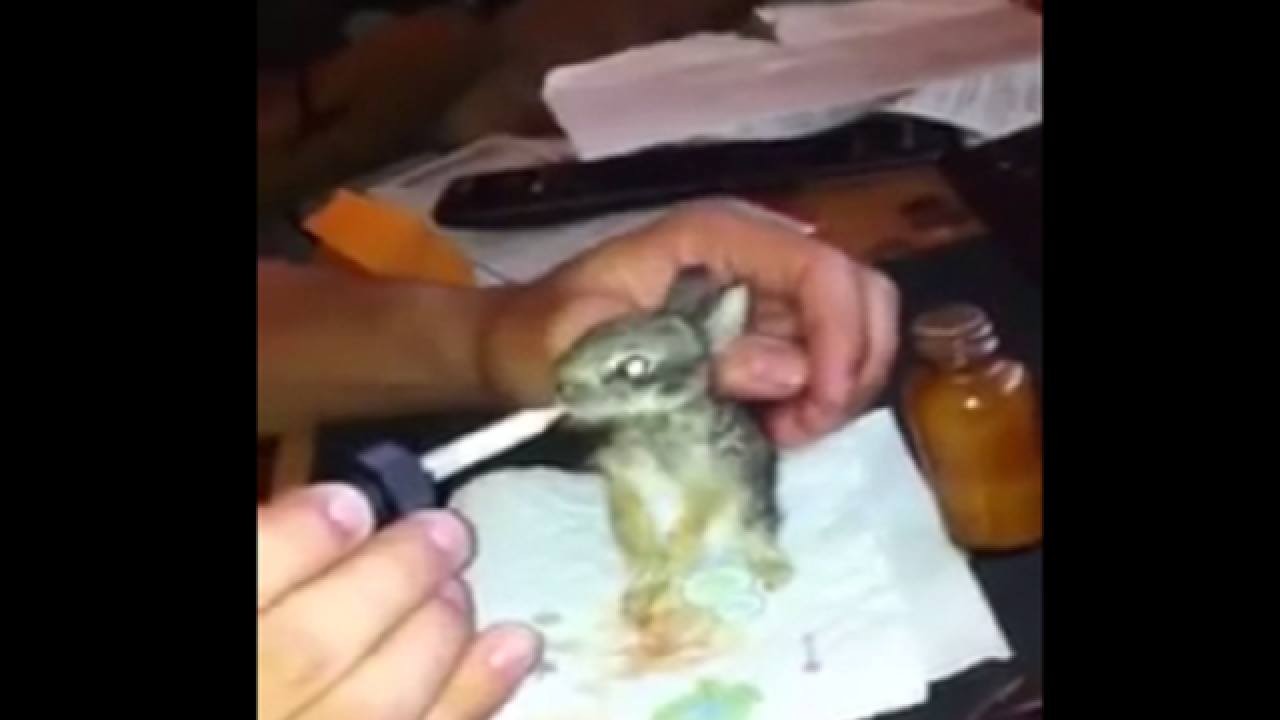 As he was taking the volleyball court at the barracks in Camp Pendleton, California, this guy came across a dead rabbit.
A moment later, he found a small hole with four baby rabbits in it.
He grabbed a box put a few old shirts into it and picked up the little animals. He then researched how to raise them and what to feed them, making a nice box for them to live in and bottle feeding them until he could ween them to eat the local foods.
After a couple months they were brought to a wildlife rescue because they were starting to jump out of their box.
See the cute little rabbits in the video below.
Copyright 2017 Scripps Media, Inc. All rights reserved. This material may not be published, broadcast, rewritten, or redistributed.