After loss to Canada, US eliminated from World Cup of Hockey 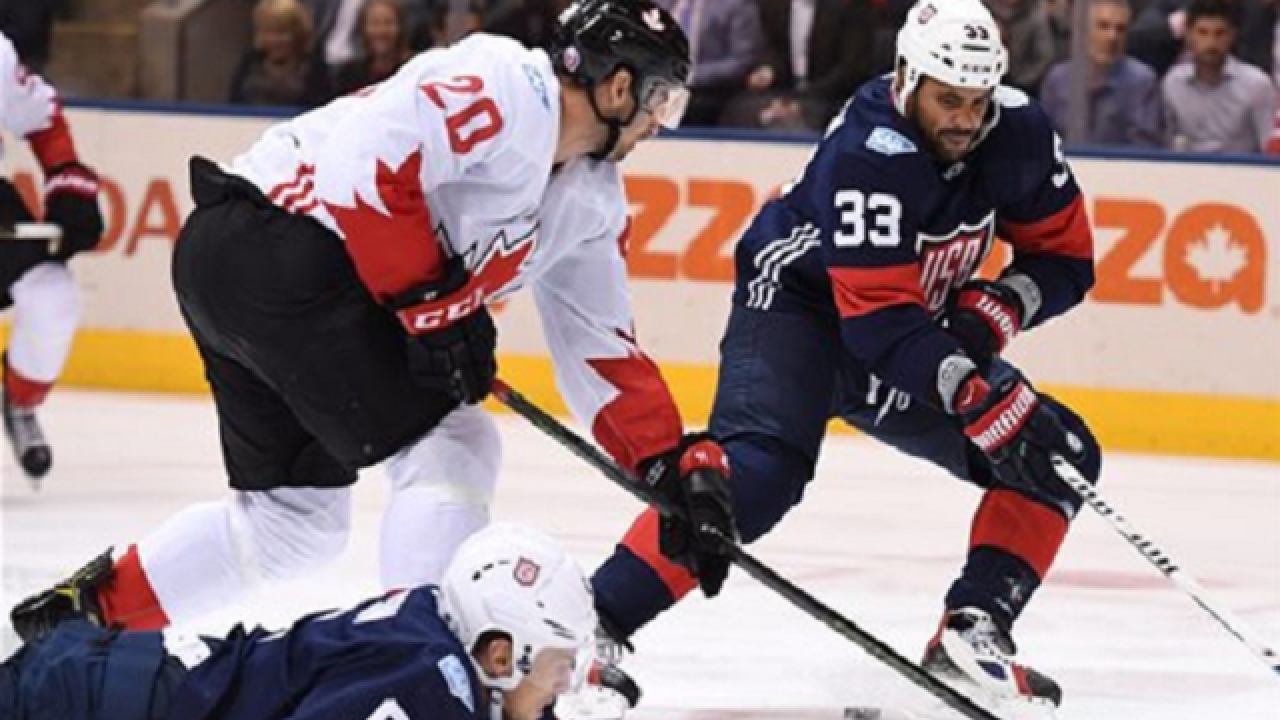 TORONTO (AP) — The United States has been eliminated from contention at the World Cup of Hockey after a 4-2 loss to Canada on Tuesday night that featured a clinical, dominant performance by the tournament favorite.
The U.S. (0-2) couldn't keep up with Canada's talent, depth or speed in a game it needed to win to stay alive. Canada and Team Europe clinched spots in the semifinals, while the Americans are left to analyze what went wrong on the international stage yet again.
Matt Duchene scored twice and Corey Perry and Patrice Bergeron each had a goal for Canada, which got 34 saves from Carey Price. U.S. goalie Jonathan Quick stopped 30 shots, keeping the game from being even more of a blowout.
Ryan McDonagh and T.J Oshie scored for the U.S.
Copyright 2016 The Associated Press. All rights reserved. This material may not be published, broadcast, rewritten or redistributed.