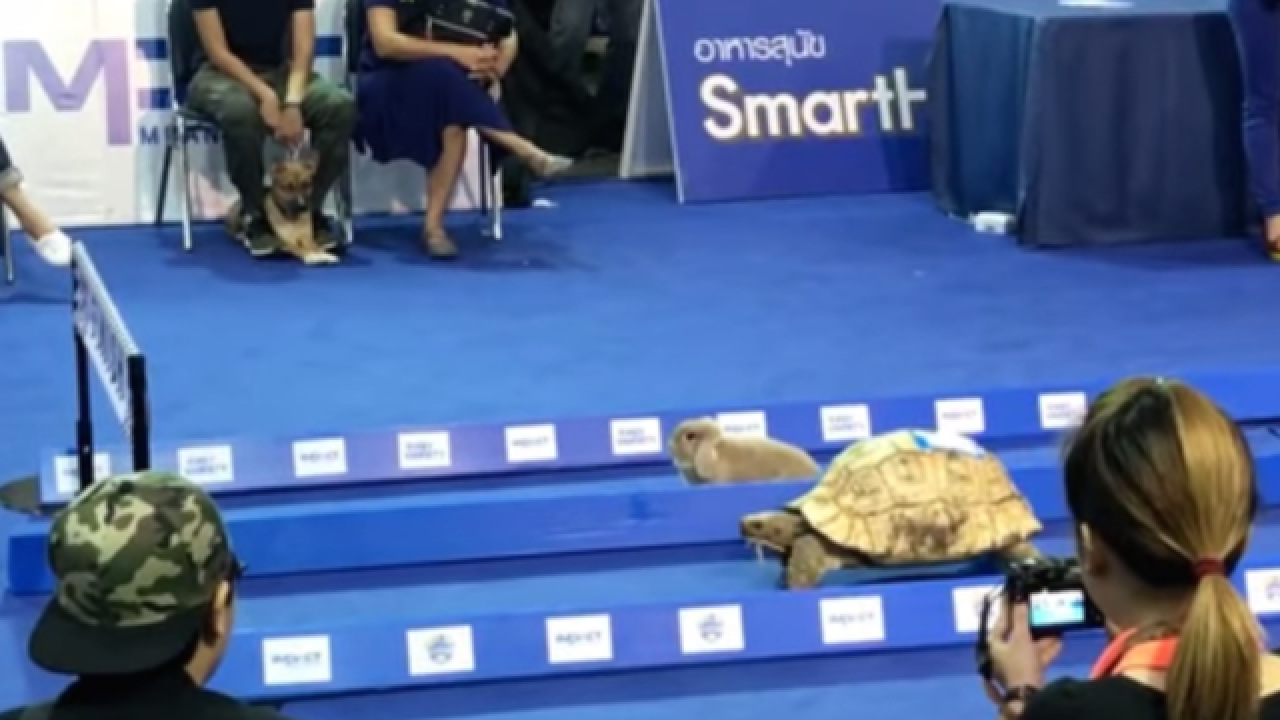 <p>A tortoise defeated a hare in a one-on-one race recently in Thailand.</p>

In a rematch of the fabled inter-species rivalry, a tortoise recently defended its title as the superior racer by motoring past a rabbit in a one-on-one matchup in Thailand.

Though not much is known about who staged the race and why, it played out almost exactly like Aesop’s famous fable, written more than 2,000 years ago. The rabbit took a commanding lead out of the blocks, but stopped halfway down the track.

Was the rabbit taking a nap, as it did in Aesop’s story? Was it taunting the turtle? Did it simply get lost on his way to the finish line?

It turned out to be a blunder from which the hare couldn’t recover. The tortoise lumbered along down the track, never stopping until it crossed the finish line first to the delight of a stadium full of fans.

Slow and steady wins the race.