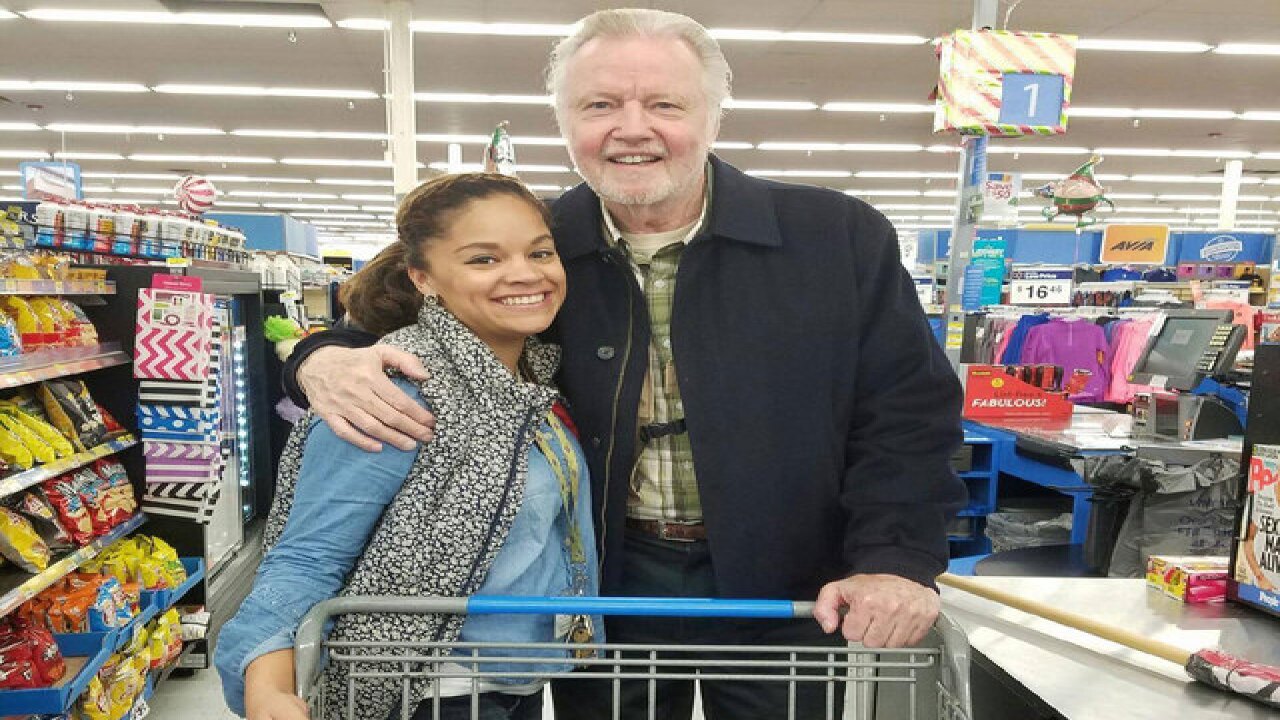 LOUISVILLE, Ky. — A woman shopping for Thanksgiving turkeys for the non-profit she works at in Kentucky got a surprise.

Sydney Gholston told ABC News she was in the check-out line last Friday when a man behind her said, "You must have a big family. That's an awful lot of turkeys."

The woman said she recognized the man behind her as Jon Voight and joked with him about looking like Angelina Jolie's dad.

She said she explained that the turkeys were for Home of the Innocents, a place that helps at-risk kids and their parents.

"Jon generously paid for the turkeys to feed our kids," Home of the Innocents wrote on Facebook. "We are so thankful for his generosity!

Voight is in Louisville filming a movie.