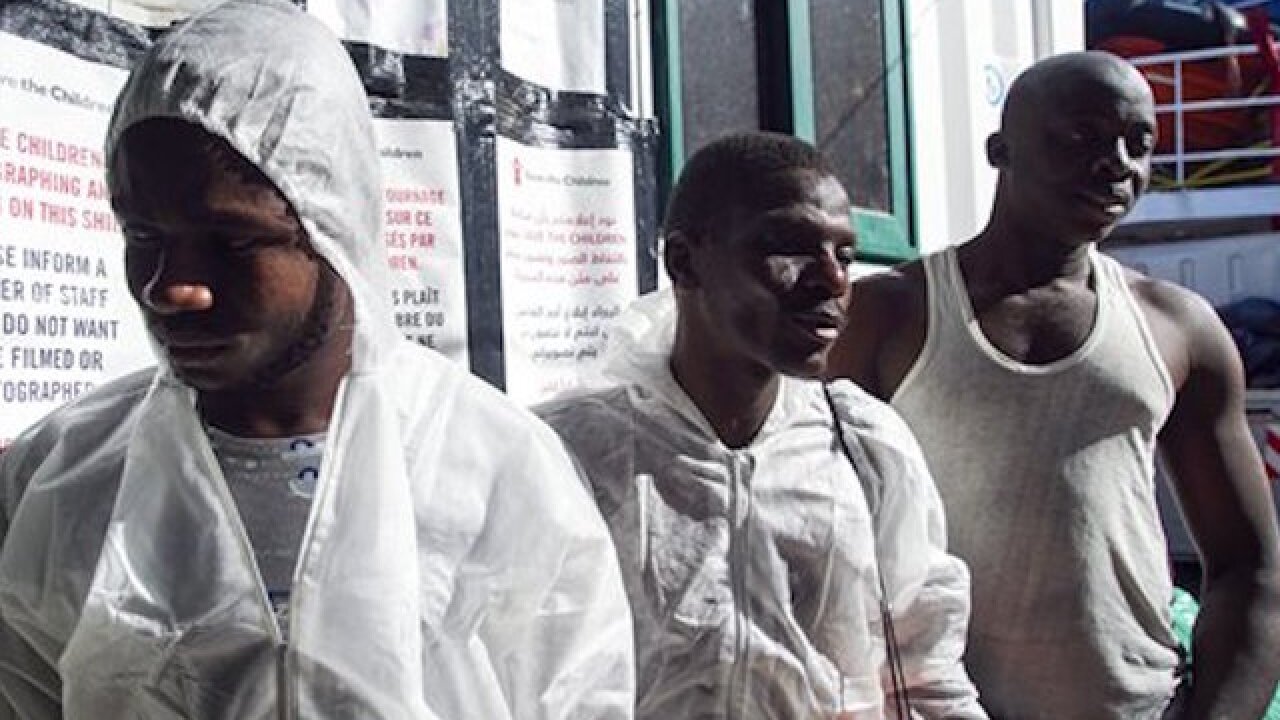 Copyright Associated Press
Mstyslav Chernov
<p>Migrants and refugees, aboard a ship, wait in line for a hospital after being rescued, in the Mediterranean Sea off the coast of Libya Thursday, Oct. 20, 2016. More than 200 migrants and refugees were rescued off the Libyan coast in the Mediterranean Sea on Wednesday, according to a "Save the children" NGO media spokesman. The migrants will be taken to Italy. (AP Photo/Mstyslav Chernov)</p>

CAIRO (AP) — The spokesman for the Libyan navy said on Thursday that more than 90 migrants are believed dead after their rickety boat was damaged shortly after leaving the Libyan coast.

Ayoub Gassim said the coast guard has rescued 29 survivors, who said the plastic boat ripped and began filling with water about 26 miles (42 kilometers) off the Libyan coast, in international waters.

He said that a total of 126 migrants were in the boat, mostly African nationals. The migrants left Tajoura, in western Libya, before dawn Wednesday morning, and the coast guard received a call for help around 3 p.m.

Migrants fleeing war and poverty take dangerous trips from Libya to Italy on overcrowded boats, hoping to make their way from there to new lives in Europe.