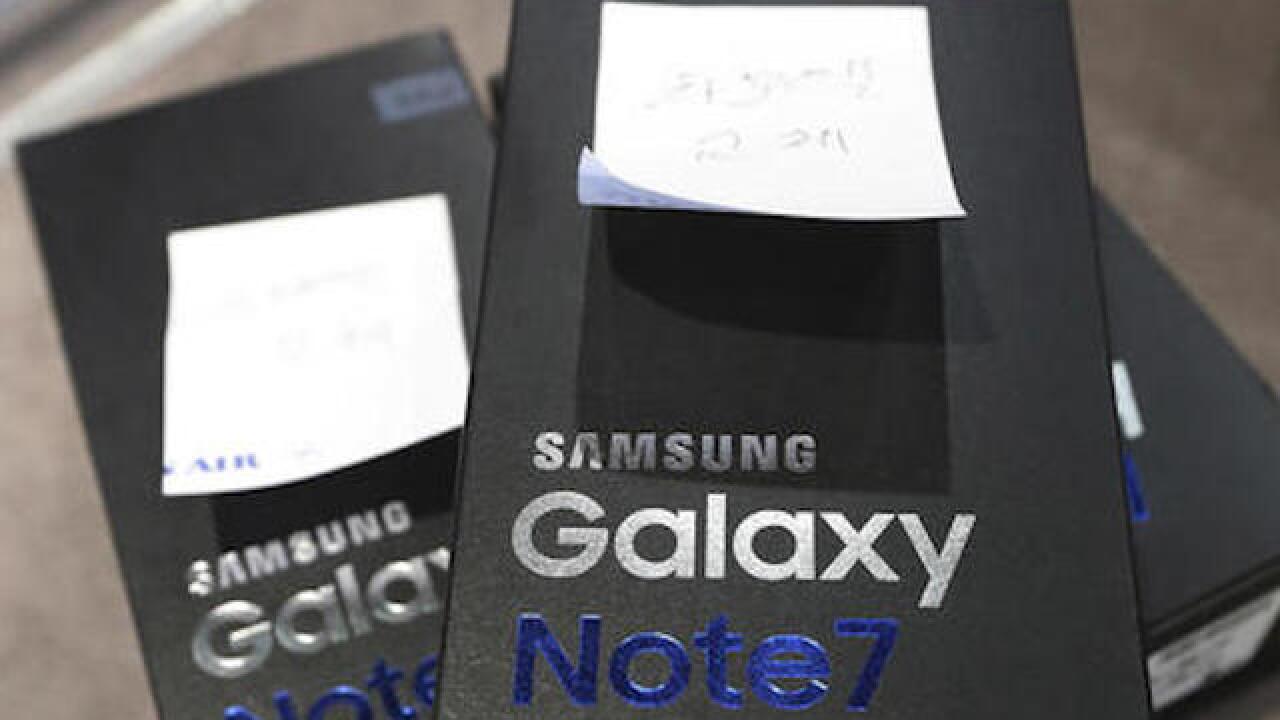 Attorney Peter Young-Yeel Ko, head of the Harvest Law Firm, said the 527 plaintiffs want Samsung to compensate them for the costs to visit shops to exchange their phones, for the hours they had to wait while transferring data and for psychological harm from using a hazardous product.

His clients include a person who claims to have lost thousands of pictures from a family vacation and another who drove eight hours round-trip to return the phone. The group are seeking 500,000 won ($442) compensation per person in their initial claims, which could increase later.

"We are filing a lawsuit not to ask for hundreds of millions of won in punitive damages like in the United States," Ko told reporters outside the Seoul Central District Court. "We are demanding fair compensation for the simple damage that consumers have suffered."

The Galaxy Note 7 smartphone was recalled twice in an unprecedented consumer safety crisis. Samsung recalled the Galaxy Note 7 phone first on Sept. 2, citing a defective lithium-ion battery after confirming reports that the phone tended to overheat or catch fire. Earlier this month, the South Korean firm recalled its replacement Note 7s after finding they also were prone to catch fire. The company stopped making or selling them less than two months after the flagship smartphone's debut.

The company did not immediately respond to called and emailed requests for comment.

Ko, who had used Samsung phones only for the past 15 years, said he had to visit a mobile shop three times after buying a Note 7 in August, first to get the battery checked when reports of the devices catching fire first surfaced. He went back to get a replacement phone after Samsung's first recall. Finally, he still needs to go get a refund and hand in the replacement phone: he plans to get an LG-brand smartphone next time, he says.

Apparently in response to criticism over its handling of the recalls, Samsung announced Monday that customers who replace their Note 7s with Samsung Galaxy S7 or S7 Edge smartphones can get 50 percent discounts on upgrades to Galaxy S8 or Note 8 smartphones next year if they return the S7 or S7 Edges.

Samsung's latest plans do not provide any compensation for consumers who prefer not to get another Samsung phone.

Kim Chae Yong, who joined the lawsuit, said he spent nearly $100 on gas and highway tolls to return a Note 7 phone after the first recall. Kim drove about 300 kilometers (185 miles) from his home in Cheonan to Busan, where he had bought the Note 7.

"I feel betrayed," the 26-year-old plant engineer said. "I am angry and I don't ever want to use it again."