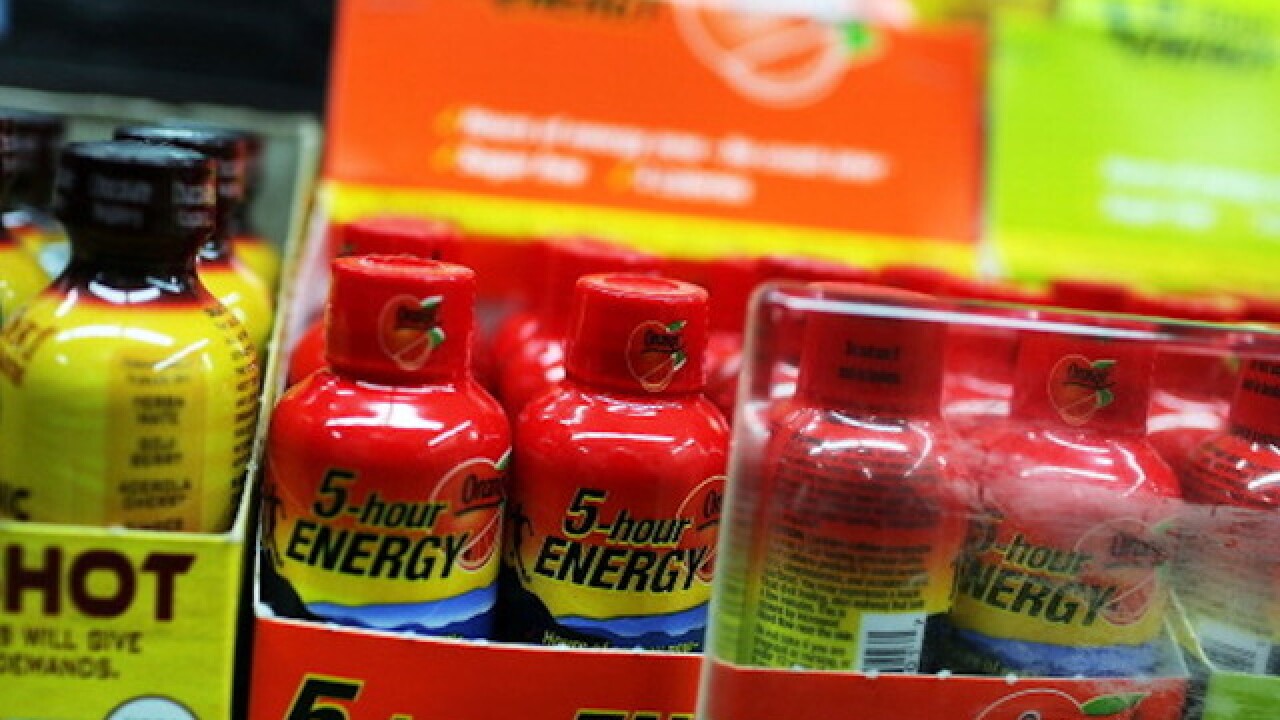 Copyright Getty Images
Spencer Platt
<p>NEW YORK, NY - NOVEMBER 15: The drink 5-Hour Energy is viewed for sale at a grocery store on November 15, 2012 in New York City. The federal government and the New York Attorney General's office have announced that they are investigating the popular energy drink after the Food and Drug Administration received claims that 5-Hour Energy has over the past four years led to 13 deaths and 33 hospitalizations. (Photo by Spencer Platt/Getty Images)</p>

The makers of 5-Hour Energy are being forced to pay nearly $4.3 million after a Washington court found the company made false and misleading claims about the energy drink.

While the court did not rule that the energy drink's controversial claim of being more effective than coffee was inaccurate, the court said that 5-Hour Energy, "Spent more time trying to justify the science behind their ads after-the-fact than they did before marketing the products."

As part of the case, the Washington judge claims the company cannot, "Make any express or implied claim, statement, or representation about the biochemical or physiological effect of the products on consumers unless (5-Hour Energy) possess and rely upon competent and reliable scientific evidence at the time the claims, statements’ or representations are made."

The court found that 5-Hour Energy had 2,482 violations for each bottle it sold of Decaf 5-Hour Energy, which falsely claimed that the product would generate energy and alertness that “lasts for hours.”

This is in addition to nearly 30,000 false advertisements that the state penalized Living Essentials $100 for each ad.

The ruling only applies to the state of Washington, but could alter how the product is marketed nationwide.