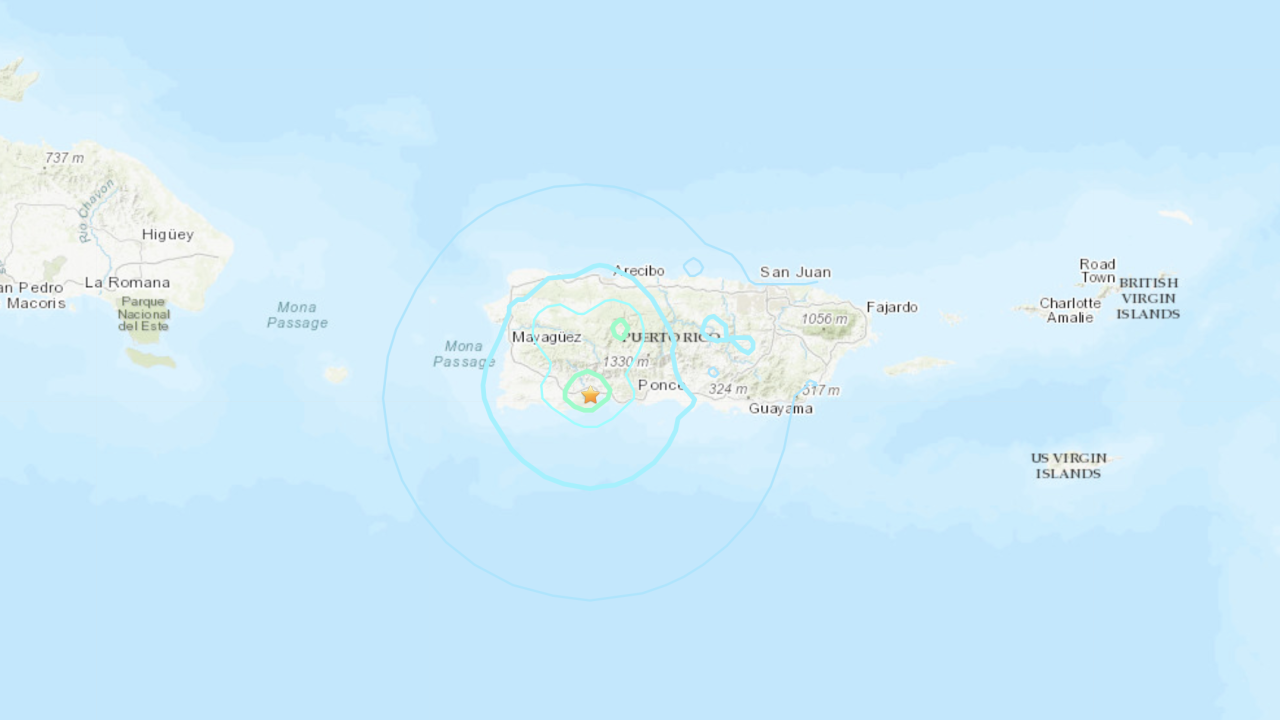 SAN JUAN, Puerto Rico – A 5.0 magnitude earthquake hit southern Puerto Rico on Saturday at a shallow depth, raising concerns about unstable infrastructure in a region that has been hit by quakes daily for nearly a month.

The U.S. Geological Survey said the quake occurred at a depth of eight miles (13 kilometers) in the town of Guayanilla, located close to the epicenters of most of the recent earthquakes.

The newest quake comes a day after hundreds of people were evacuated from earthquake shelters that flooded following heavy rains that hit the U.S. territory.

Earlier this week, hundreds of people joined a protest organized by Puerto Rico singer René Pérez of Calle 13 fame in a demonstration reminiscent of those that ousted the island's former governor last year.

Anger is growing over emergency aid that until recently sat unused in a warehouse amid ongoing earthquakes.

The newest protest unleashed debate about whether Puerto Ricans should try to oust Gov. Wanda Vázquez as the U.S. territory struggles to recover from a recent 6.4 magnitude earthquake that killed one person and damaged hundreds of homes as officials still await federal funds for Hurricane Maria, a Category 4 storm that hit in 2017.