49ers advance to the Super Bowl after dominating the Packers 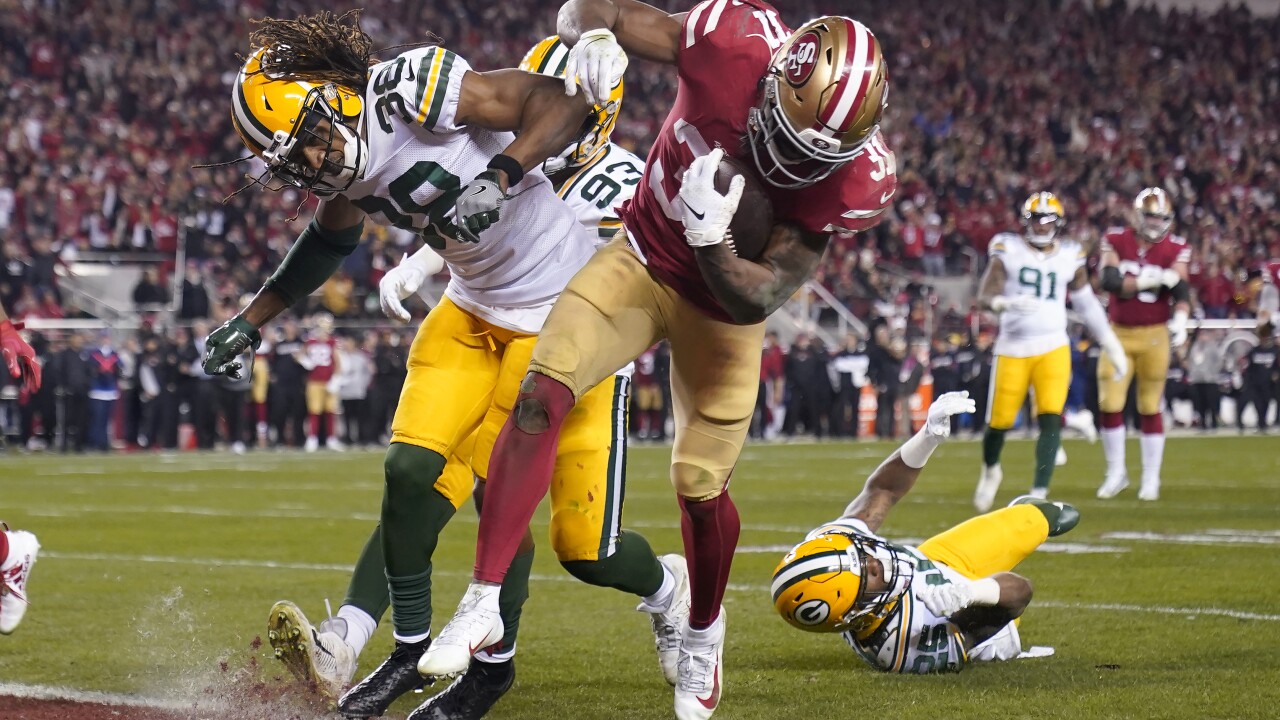 From the opening kickoff in Sunday's NFC title game, the San Francisco 49ers and running back Raheem Mostert pounded the Green Bay defense on the ground.

Coupled with Mostert's four-touchdown performance and stout defending for the first three quarters, the 49ers routed the Packers 37-20 to advance to Super Bowl 54 in two weeks.

The 49ers will take on the Kansas City Chiefs, who advanced earlier in the day by defeating the Titans in the AFC title game.

Mostert ran for four touchdowns, covering 220 yards on the ground.

Meanwhile, Aaron Rodgers was denied yet another opportunity to make the Super Bowl. Rogers had a respectable performance by completing 31 of 39 passes for 326 yards, two touchdowns and two interceptions. But the Green Bay offense was sluggish in the first half, and did not get on the scoreboard until midway through the third quarter. By that point, the 49ers had put up 27 points, and were well on their way to their sixth Super Bowl, and first since the 2012 season.