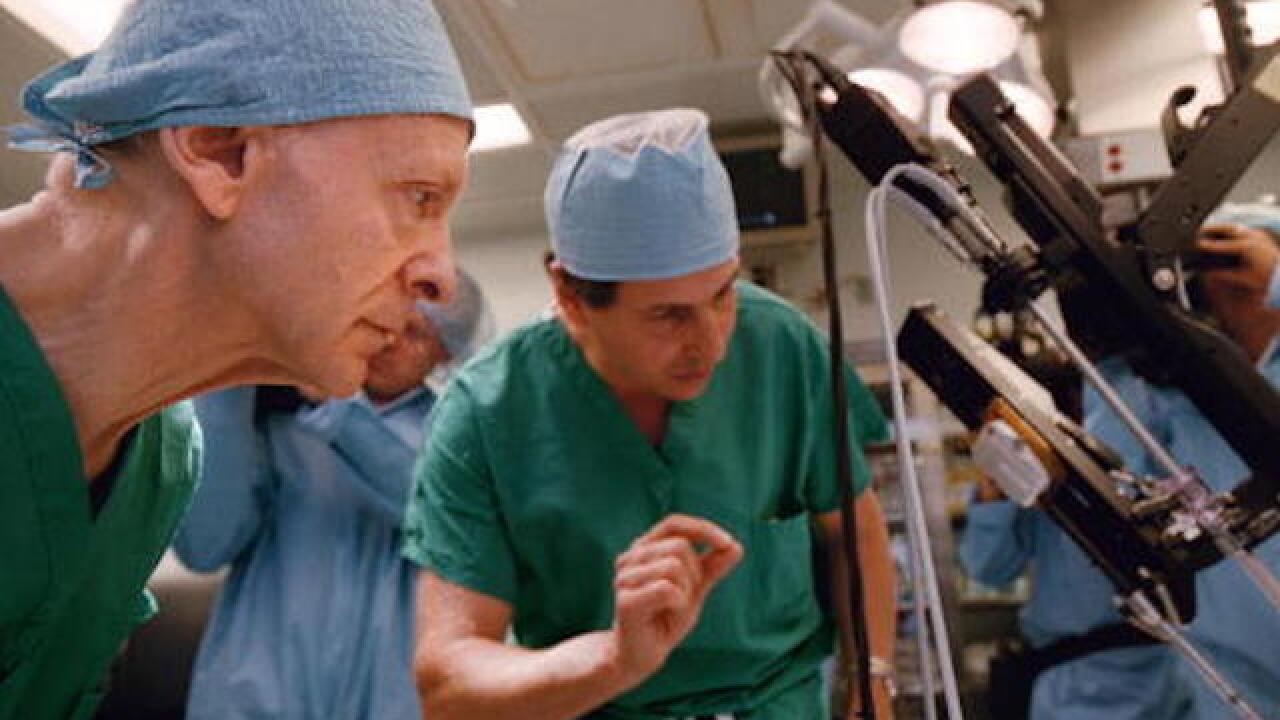 Copyright Getty Images
Chris Hondros
<p>373518 05: Heart patient Eugene Bem, 67, left, is shown a surgical robot by his surgeon, Dr. Hanni Shennib July 20, 2000 at Beth Israel Medical Center in New York City. The robot, one of three of its kind in the U.S., is scheduled to be used in a heart-bypass operation on Mr. Bem July 24, 2000. (Photo by Chris Hondros/Newsmakers)</p>

A 4-month-old was turned away by the United States government just days before her scheduled heart surgery in an Oregon hospital, due to a travel restriction by President Donald Trump placed on citizens of Iran, KPTV reported.

According to KPTV, the 4-month-old named Fatemah has a serious heart condition and her family was concerned about the level of care she would receive in Iran. Despite going through a lot of paperwork and getting a visa approved, Fatemah and her parents were denied entry into the United States.

The family found out the news after they flew from Iran to Dubai. When they arrived in Dubai, they learned of Trump's decision and were forced to return to Iran.

"She needs the surgery as soon as possible," Sam Taghizadeh, Fatemah's uncle, told KPTV. "For getting the visa, they ask for lot of the paperwork. You have to do many things, you know. For three weeks we working for every single thing they wanted."

The travel ban was signed by Trump last Friday and has restricted entry of citizens from seven Muslim-majority nations, including Iran. The travel restriction lasts 90 days, but that might be too late for Fatemah.

"They cannot wait, you know. Even I asked, can they wait a couple other years? They said no. This thing has to be as soon as possible," Taghizadeh told KPTV.

Trump has justified the travel ban as a way to reduce the risk of terrorism in the United States.