Youngest Oscar winners and nominees ever 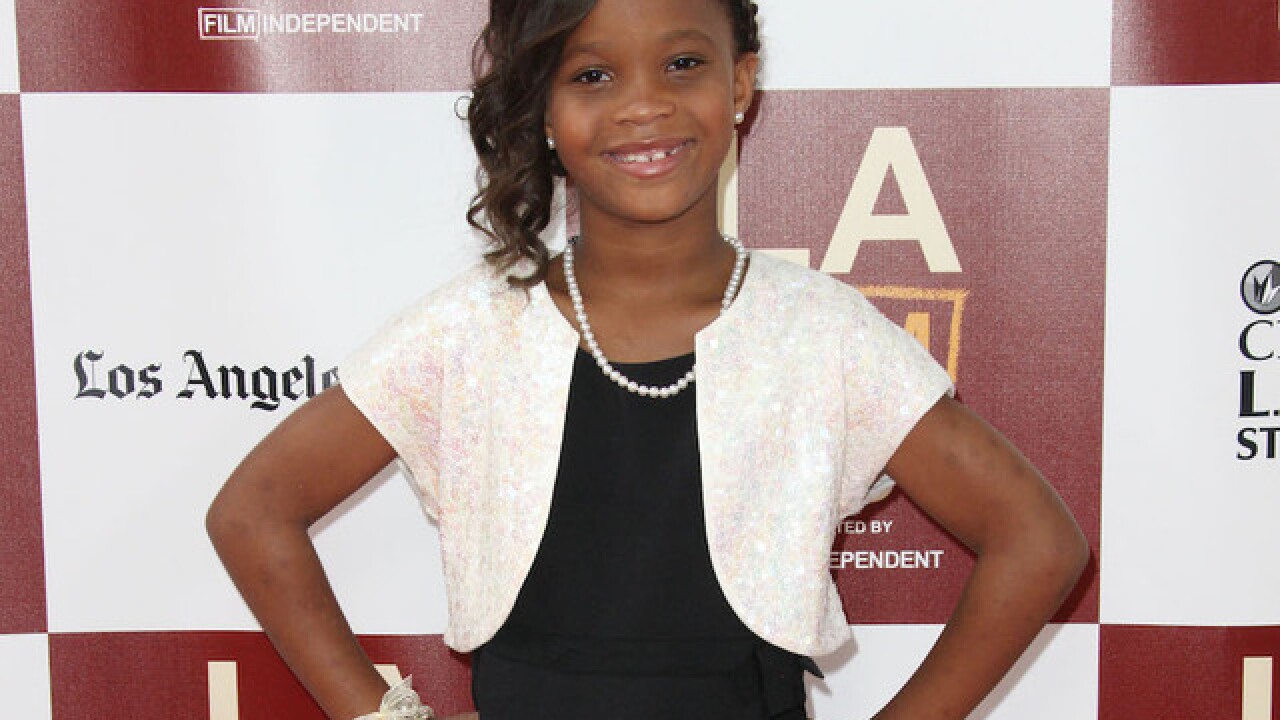 Several media outlets have criticized the 2016 Oscars not only due to the lack of nominee diversity, but also the alleged snub of an up-and-coming actor. Nine-year-old Jacob Tremblay stole hearts with his acceptance speech at the Critics’ Choice Awards but failed to achieve an Oscar nomination for his performance in the drama “Room.” Was Tremblay too young? Far from being a pint-sized novelty in Hollywood, child actors have a long history of competing for the prestigious award.

The team at PrettyFamous queried its celebrity database to compile the youngest Oscar nominees and winners.* This impressive group of 22 competed against Hollywood veterans before they reached their 18th birthdays. Although these young stars had a valuable jump-start in the industry, did their careers continue to burn brightly or sizzle out?

*This list does not include people that won the honorary Oscar called the “Academy Juvenile Award.”

Natalie Wood, born Natalia Nikolaevna Zakharenko, was the daughter of Eastern European immigrants and a prolific child actor. After her role in “Rebel Without a Cause,” her star power led her to a chain of successful films. She took a hiatus from acting in the 1970s, with her return cut short by her drowning in 1981 at the age of 43.

Ann Blyth, a performer from an early age, excelled at radio and stage work before she was noticed by a director in Los Angeles during a play tour. After her role in “Mildred Pierce,” Blyth went on to become a popular leading lady in Hollywood productions. Her trained soprano voice impressed the musical stage, her focus after largely retiring from films. During the 1970s she was the spokesperson for Hostess Cupcakes.

Sal Mineo, a 10-year-old member of a Bronx street gang, began his pursuit of acting when he was presented the ultimatum between acting school or juvenile confinement after being arrested for robbery. This turnaround led him to roles in plays and films, where he achieved mainstream success in James Dean’s “Rebel Without a Cause.” While he continued acting, Mineo expanded his portfolio through a singing career and directing stage productions. His life came to a tragic end at the age of 37 when he was murdered by a pizza delivery man in West Hollywood.

Award: Actor in a Supporting Role (1969) for "Oliver!"
Result: Nominee

Jack Wild was raised in an English working-class family and discovered by a talent agent. After his success in the stage and film versions of “Oliver!,” Wild continued acting and released three albums. He died in 2006 after a long battle with mouth cancer, which he attributed to years of heavy drinking and smoking.

Patty Duke’s breakthrough role as Helen Keller began at the age of 12 on the Broadway stage in “The Miracle Worker.” Her performance in the film adaptation led to her becoming the youngest person to win an Oscar (before Tatum O'Neal). Duke went on to have a highly successful acting career but also wrote books and pursues activism. She was president of the Screen Actors Guild from 1985-1988.

Linda Blair started out her career as a model at the age of 5 but achieved mainstream success when she played Regan, the possessed child in “The Exorcist.” The scandals arising from the revelation that not all aspects of her character were performed by her (such as the demon voice) and her late-teens involvement in a drug bust created challenging hurdles for her to overcome in Hollywood. Her career in acting continued for a few decades, but now Blair pursues her passion for animals by running the Linda Blair WorldHeart Foundation, a nonprofit that assists animals in the Los Angeles area.

Jodie Foster, born Alicia Christian Foster, started appearing in commercials at the age of 2. Her role as a child prostitute in “Taxi Driver” received critical acclaim. During her time studying literature at Yale University, a fan attempted to assassinate President Ronald Reagan in an effort to impress her. She has since forged a highly accomplished career in the industry with work as an actress, director and producer.

Before her breakthrough role in “True Grit,” Hailee Steinfeld had parts in film shorts in order to gain experience. She has since rubbed elbows with the elite youth in the entertainment industry such as Justin Bieber and Taylor Swift. Steinfeld is continuing her pursuits in acting and modeling.

Bonita Granville started her acting career on the stage before moving onto films at the age of 8. After retiring from acting in the 1950s, Granville became a producer for “Timmy and Lassie,” the iconic canine TV series. She died of cancer in 1988.

Although the role of Paika in “Whale Rider” is Maori, Keisha Castle-Hughes is of Australian and New Zealand Maori descent. After this successful part, she continues to act, with a notable appearance in “Star Wars: Episode III-Revenge of the Sith” as Queen of Naboo, and has had parts in other films and TV series. She had a child at the age of 17 and was pregnant during her role as Mary in “The Nativity Story."

Soairse, which means “freedom” in Gaelic, is a dual citizen of the U.S. and Ireland. She is also the second-youngest actress to receive a second Oscar nomination, which she has received for her part in “Brooklyn” at the age of 21 in 2016. This nomination makes Ronan the only person on the list nominated this year. One of her hidden talents is making a perfect cup of tea.

Brandon De Wilde was seven when he began his stage career. He won the Donaldson award for his debut role in “The Member of the Wedding,” the first child actor to attain this achievement. His life came to a tragic end at the age of 30 in a motor vehicle accident.

De Wilde shares the position for the 10th youngest Oscar nominee with Haley Joel Osment. They were the exact same age at the awards show.

Haley Joel Osment, a Los Angeles native, began his acting career in a Pizza Hut commercial at the age of 4. Although he did not win an Oscar for his role in “The Sixth Sense,” Osment won the Saturn Award for best young actor. He went on to study acting and has continued to appear in films, TV shows, and plays.

Osment shares the position for the 10th youngest Oscar nominee with Brandon De Wilde. They were the exact same age at the awards show.

Although born in Canada, Anna Paquin was in New Zealand when she was cast in “The Piano” at the age of 9. She later moved to Los Angeles to pursue her career and briefly attended Columbia University. Paquin met Stephen Moyer, her husband, on the set of “True Blood.”

Patty McCormack, the daughter of a firefighter and a professional roller skater, began modeling at the age of 4. She first performed as Rhoda Penmark in “The Bad Seed” during its Broadway run before she was invited to revive the role in the film version. McCormack continues to act and has a star on the Hollywood Walk of Fame.

Abigail Breslin had her first movie role in M. Night Shyamalan’s “Signs” at the age of 5. Breslin has undertaken a wide variety of acting roles and remains active to this day. She also has forayed into the music industry.

After being discovered by cinematographer James Wong Howe, Quinn Cummings found roles in a variety of TV spots and eventually in “The Goodbye Girl.” She worked as an actress and later a casting agent in the years that followed. Cummings took on the part of entrepreneur when she invented the HipHugger, a device for carrying babies.

Mary Badham landed her role in “To Kill a Mockingbird” at the age of 9 with no previous acting experience. She followed this performance with a few roles but largely retired from the industry at the age of 15. Badham now devotes her time to her family, education, and art restoration.

After winning an Oscar for her debut performance, Tatum O’Neal went on to pursue a variety of acting roles and then later produced films and coached other Hollywood hopefuls. She released her autobiography “A Paper Life” in 2001.

Quvenzhané Wallis’s nomination marked the youngest Best Actress Oscar nomination as well as being the 10th black actress ever nominated for the award. She auditioned as a 5-year-old in Louisiana where she lied about her age to meet the age minimum of 6. Her signature accessories are purses shaped like dogs.

After appearing as Skippy in 1932, Jackie Cooper continued on to lead a distinguished career in both the film industry and military. During World War II, he served in the Navy and attained the rank of Captain. He appeared in the first four Superman films, directed TV shows, and earned a star on the Hollywood Walk of Fame. He died in 2011 and was buried with full military honors at Arlington National Cemetery.

Topping out the list as the youngest Oscar nominee, Justin Henry was cast in “Kramer vs. Kramer” at the age of 7. Despite not having any acting experience, he was nominated for three awards for his part, including two Golden Globes. Henry went on to pursue a variety of acting roles before leaving the industry to pursue a bachelor’s in psychology at Skidmore College. He has since returned to films as both an actor and director.

This group of young nominated actors has a strong majority of female actors, with only six being male. Additionally, all of the actors that won an Oscar were female.

Quite a few members on this list are now deceased while others faded into obscurity. The team at PrettyFamous will continue to track and report on the careers of the remaining stars listed here.

Compare Other Celebrities on PrettyFamous