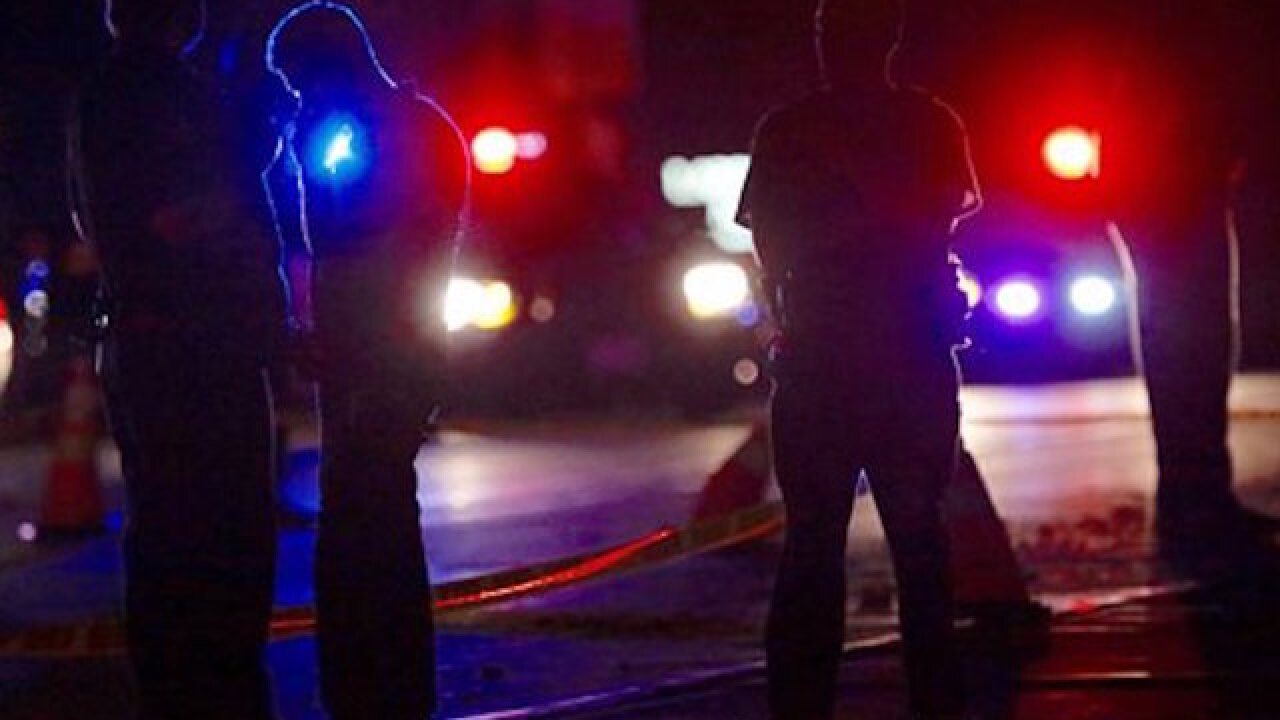 Copyright Associated Press
Leila Navidi
<p>Investigators work at the scene of a police involved shooting with St. Anthony Police officers on Wednesday, July 6, 2016, in Falcon Heights, Minn. Police in Minnesota say a man has been taken to a hospital in unknown condition after being shot by an officer while inside a car with a woman and a child. St. Anthony Police interim police chief Jon Mangseth told reporters at a news conference that the incident began when an officer from his agency initiated a traffic stop around 9 p.m. Wednesday in Falcon Heights, a St. Paul suburb. (Leila Navidi/Star Tribune via AP)</p>

COLUMBUS, Ohio (AP) — The fatal police shooting of a 13-year-old Columbus boy who officers said pulled a BB gun from his waistband that looked like a real weapon will be investigated thoroughly, authorities said, to determine if charges are warranted.

In a killing with unavoidable echoes of the Tamir Rice case out of Cleveland, a Columbus officer responding to a report of a $10 armed robbery shot a young boy Wednesday night after he pulled out a BB gun that looked "practically identical" to the weapon that police officers use, authorities said.

Evidence from the shooting will automatically be presented to a grand jury to determine whether the officer's actions were justified.

Mayor Andrew Ginther appeared to choke up Thursday as he called for the community to come together and questioned why an eighth-grader would have a replica of a police firearm.

"There is something wrong in this country, and it is bringing its epidemic to our city streets," Ginther said Thursday. "And a 13-year-old is dead in the city of Columbus because of our obsession with guns and violence."

Dozens attended a vigil Thursday night near the shooting, including members of Tyre King's youth football team. Some carried signs calling for justice for Tyre, while candles spelled out "RIP Tyre King."

The boy's family called for an investigation conducted "in a manner that ensures fairness and truth," and said people shouldn't rush to judgment about Tyre's activities that night.

Police and city authorities also promised a full investigation, while rejecting comparisons to the 2014 killing of 12-year-old Tamir in Cleveland.

Officers investigating the robbery report east of downtown Columbus spotted three males who matched the description of the suspects, authorities said. Two of the males ran away when officers tried to speak with them.

The police chased the pair into an alley and tried to take them into custody. Tyre pulled out a gun with a laser sight, and an officer fired, hitting the boy multiple times, police said. Tyre later died at a hospital.

The officer was identified as Bryan Mason, a nine-year veteran of the force. Police records show that in 2012 he shot and killed a man who was holding another person at gunpoint. The Columbus Dispatch said investigators cleared him.

In keeping with department policy, Mason has been placed on leave while Tyre's shooting is investigated. A call to the head of the police union representing him was not immediately returned.

An attorney for Tyre's family, Sean Walton, called for an independent investigation. Walton would not discuss any previous dealings Tyre had with police but said the boy had no violent criminal history. He said the family believes Tyre's involvement in an armed robbery would be "out of character."

Tyre played several sports, including football, and was in the young scholars program at school, Walton said. He had a slight build and, if anything, was on the small side for his age, the attorney said.

In Tamir's case, a 911 caller reported someone pointing a gun at people near a recreation center. A rookie officer shot the boy almost immediately after pulling up in his cruiser. The officer and his partner were cleared of wrongdoing.

The 911 caller had said the person with the gun was probably a juvenile and the weapon was probably fake, but that information was never passed on to the officers.