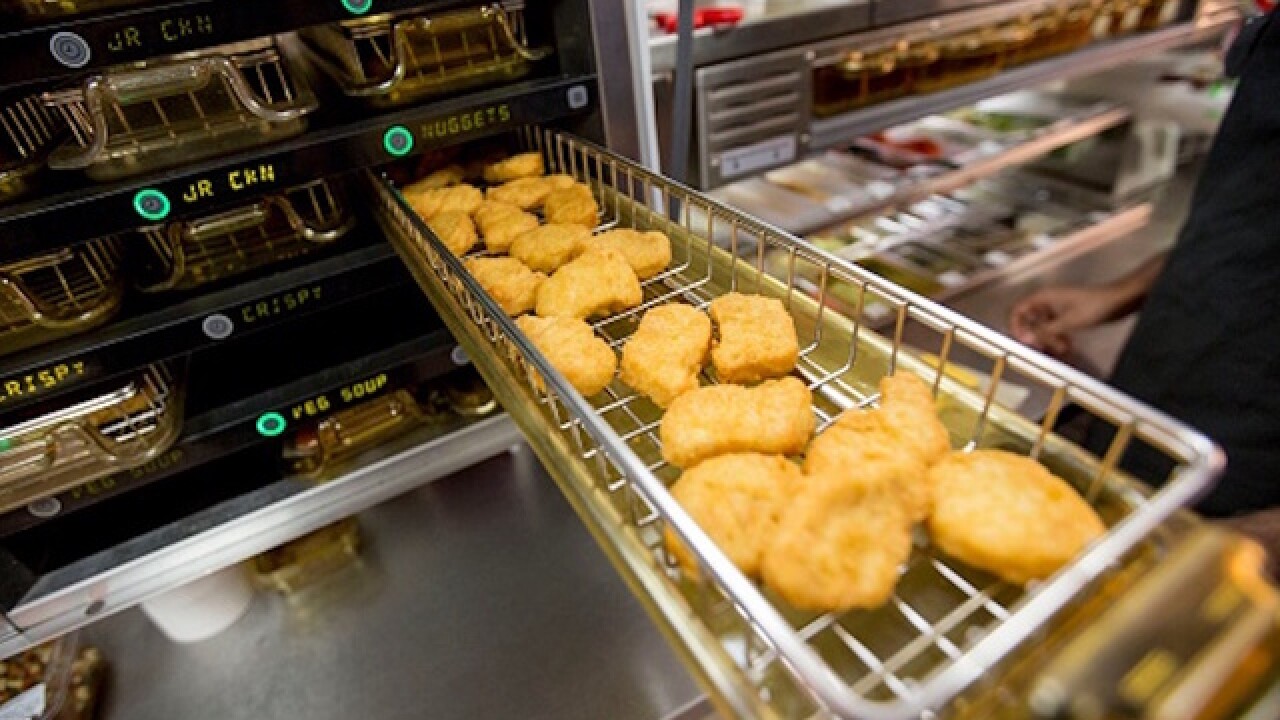 A 12-year-old boy was arrested on Wednesday after he was accused of pulling a gun on a fellow classmate for a chicken nugget, New York police officials told WABC-TV.

The boy was arrested after a 13-year-old classmate told school officials about the incident that took place Tuesday evening.

According to the report, the boy demanded a McNugget at gun point after he approached her at a New York McDonald's. She swatted the gun away and ran off.

The boy allegedly chased the girl, where she again refused.

No one was injured in Tuesday's incident.