11 students dead in fire at girls dormitory in Turkey 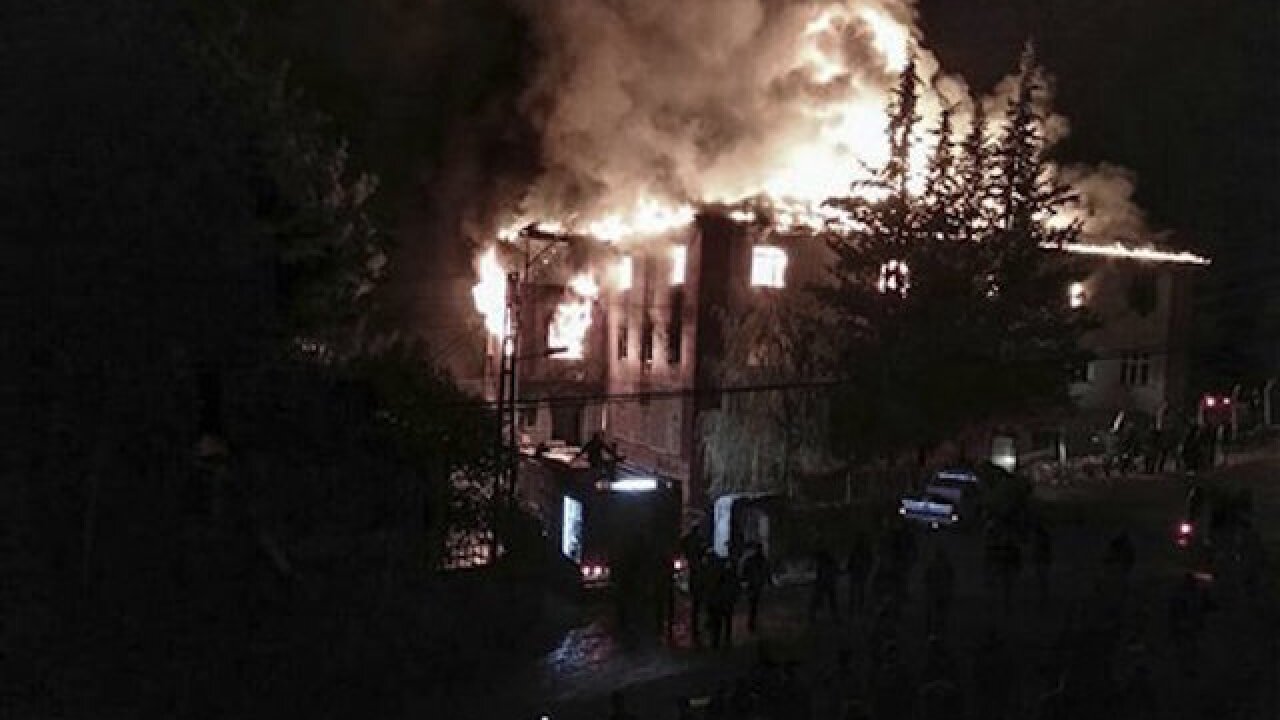 Adana Governor Mahmut Demirtas said one teacher and 11 students were killed in the fire in the town of Aladag and the wounded were taken to a hospital, according to the state-run Anadolu Agency, which described the building as a middle school dormitory for girls.

Speaking to reporters at the scene, Demirtas said the dormitory had 34 people and the fire may have been caused by an electrical problem. No one was left in the building, he said.

Turkish television showed flames rising from a three-story building and firefighters battling the blaze. Several windows on the building were scorched black and ashen debris littered the dormitory entrance. Footage broadcast by TRT showed a man being evacuated in an ambulance stretcher with an oxygen mask on.

Interior Minister Suleyman Soylu and Deputy Prime Minister Veysi Kaynak were heading to the scene, according to Anadolu.