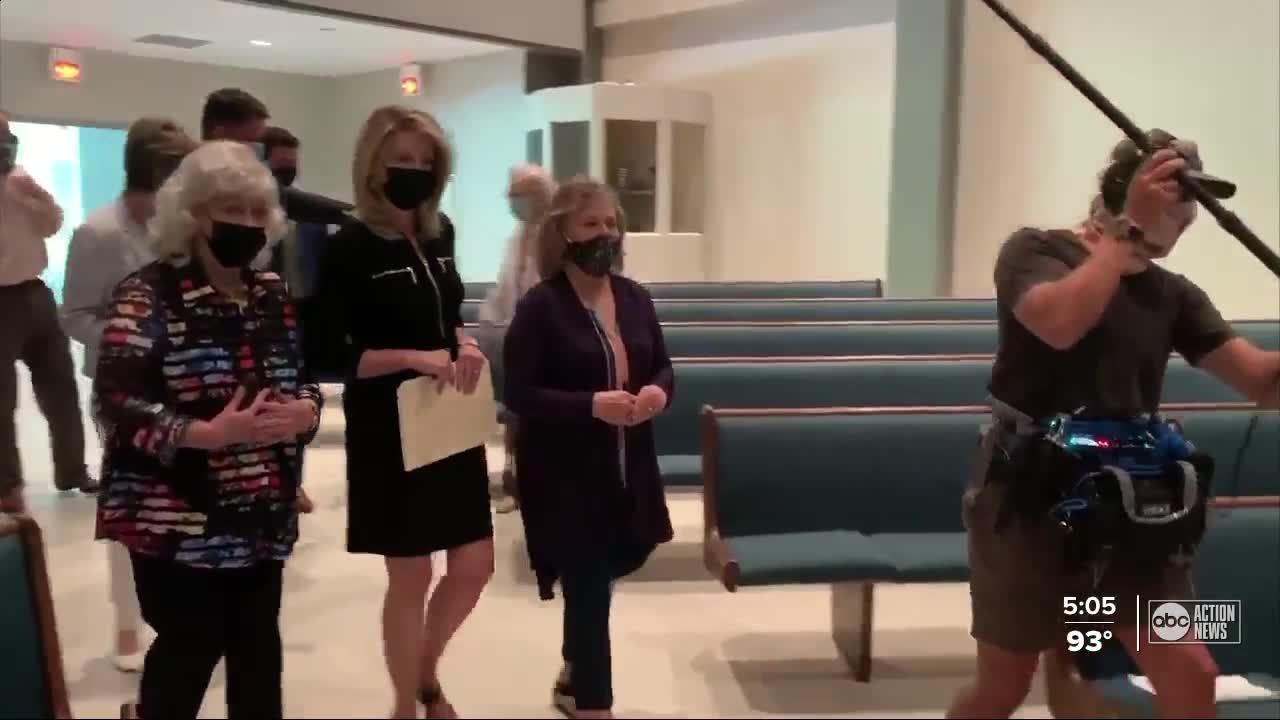 A $100k reward is being offered for information on the 1997 disappearance of Don Lewis, the Tampa man whose case was featured in Netflix's "Tiger King." 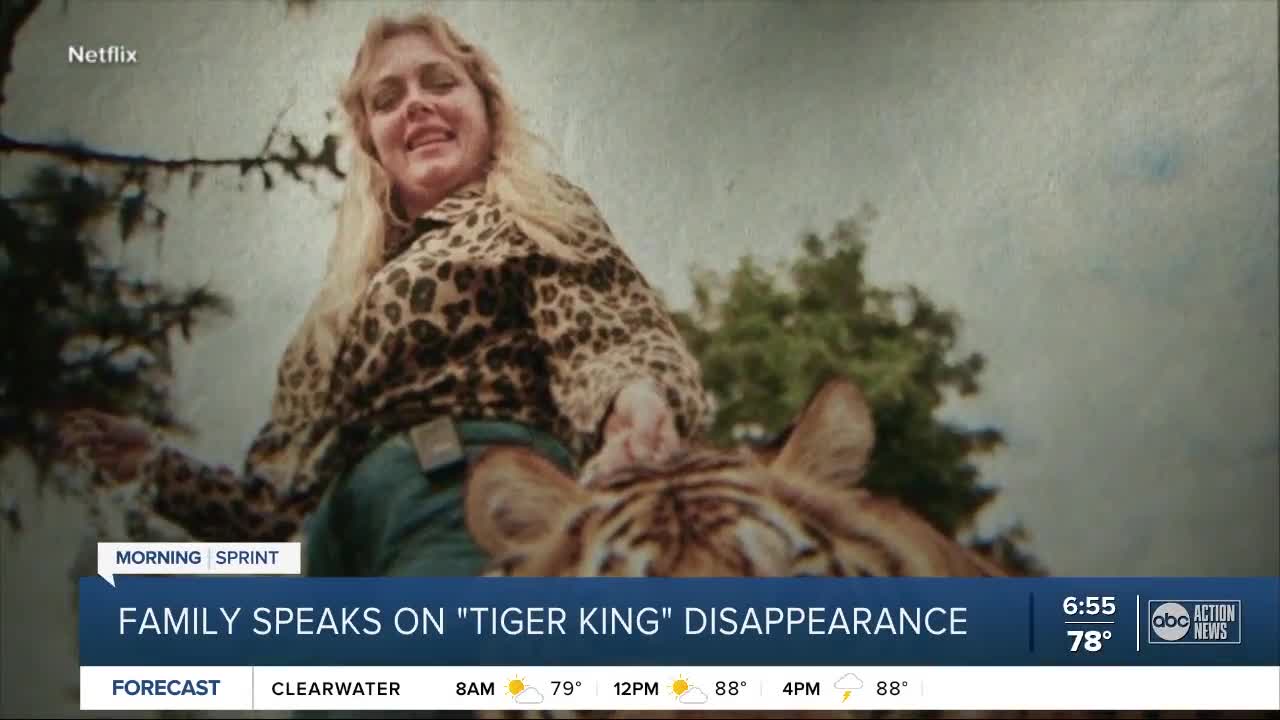 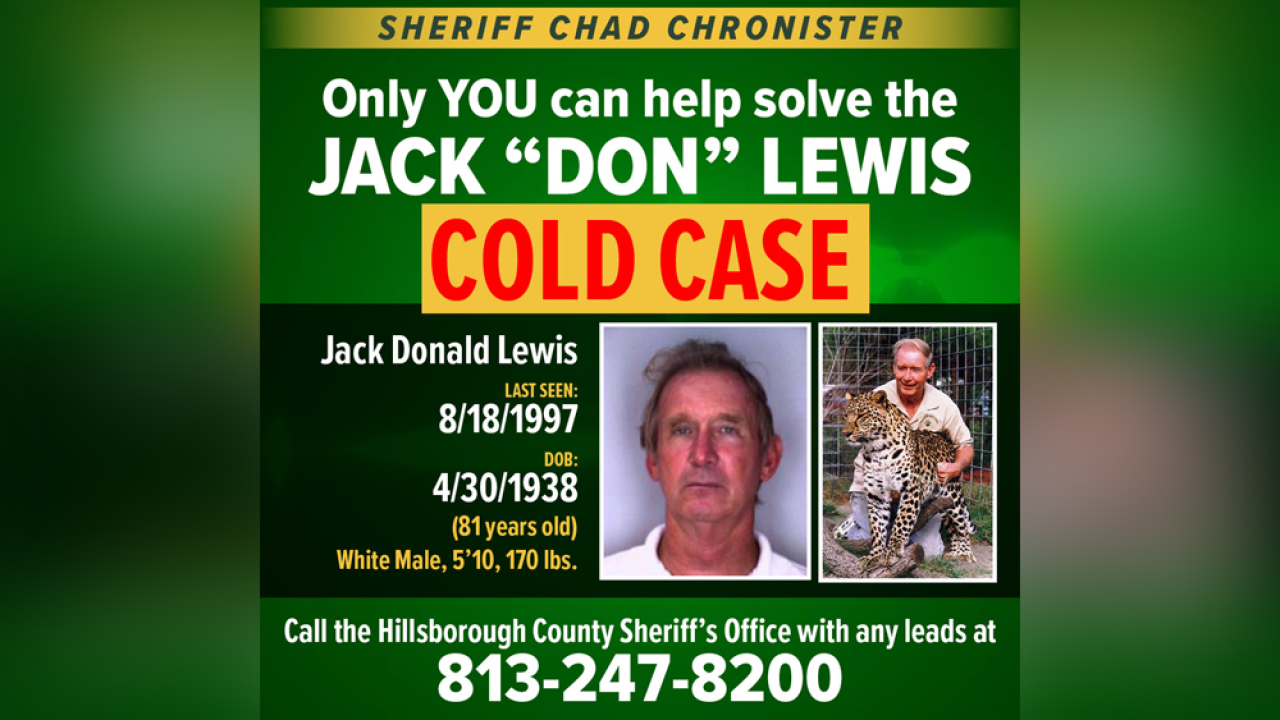 TAMPA, Fla. — A $100,000 reward is being offered for information on the 1997 disappearance of Don Lewis, the Tampa man whose case was featured in Netflix's "Tiger King."

The family has retained Jacksonville attorney John Phillips to conduct their own independent investigation into the circumstances surrounding the disappearance.

Phillips says he will represent anyone willing to come forward with information pro-bono.

Lewis was reported missing in 1997 by his wife, Carole Baskin.

In the wake of Lewis' disappearance, viewers of the Netflix series have shared theories about what happened.

“Think about your grandfather being rumored to either have been eaten by alligators, be under a septic tank of feces or in a meat grinder,” said Phillips.

But as wild as it may sound, Phillips says there may be merit to those theories.

Baskin, the owner of Tampa's Big Cat Rescue, was featured in the Netflix hit series, which briefly touched on Lewis' disappearance.

Since the show's release, Baskin and her current husband, Howard, said producers duped them into thinking the series would be about stopping the abuse of big cats.

"Anyone who spends an hour with Carole would come away knowing that there was no way that she had any involvement in Don's disappearance and that the vicious rumors that were spread by his family are absolute nonsense stuff about meat grinders and septic tanks," said Howard Baskin.

There have been renewed calls from authorities for tips in Lewis' case since the show was released. An anonymous donor helped the family raise the reward to $100,000,

“Whomever that person is, we are so grateful. We are hoping that with those funds someone will have the courage to come forward,” said daughter Donna Pettis.

A memorial for Lewis will also be held at the Riverhills Church of God on August 15 at 1:30 p.m.

This story was originally published by Emily McCain and Erik Waxler at WFTS.