Patients flock to Mexico to save money on dental 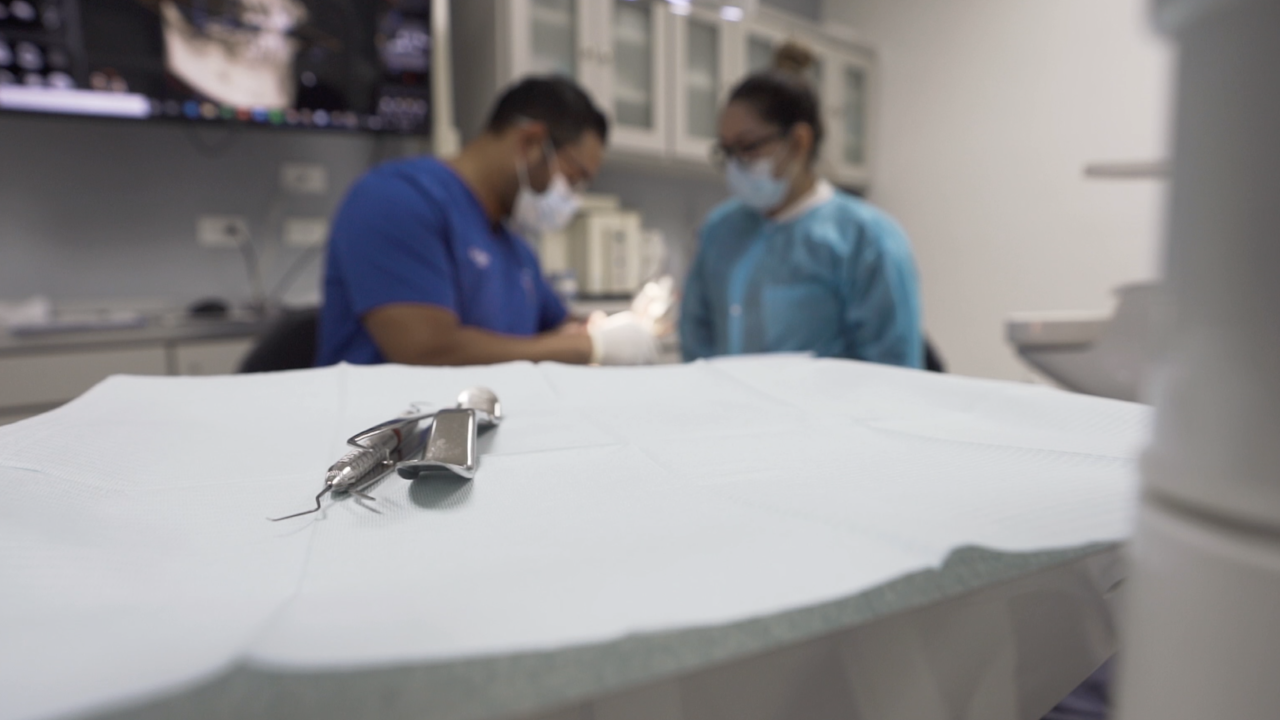 You’ve probably never heard of it, but people will travel thousands of miles to visit. Angela Luck flew from Alaska.

“To San Diego, got a rental car, drove to Yuma, overnighted there. Drove here,” Luck said.

She does it to save hundreds — if not thousands — of dollars on dental work. And she's not alone in doing it. Medical tourism, wherein people travel to foreign countries to get medical or dental care, is a growing trend.

Angela’s dentist today is Everardo De La Toba. He’s been practicing in Los Algodones for 10 years after going to dental school in Baja California. He wouldn’t have a business if it wasn’t for people crossing the border.

“I’ve been seeing 90% of my patients are either American or Canadian,” De La Toba said.

He’s one of a few hundred dentists in town. The streets are lined with dental offices and people trying to sell you a crown like it’s a piece of cheap jewelry.

But once you get inside De La Torba’s office, you’d be hard pressed to find a difference between this office and one in the states. The rooms are clean and have state-of-the-art technology.

And Luck is happy to be in his office. She needs some serious work done. She’s missing more than a few teeth and she just wants to be able to eat food normally and not be embarrassed when she smiles.

“So upper right, I have no teeth, bottom jaw on the left, there’s no teeth. So that’s why I’m here to get those taken care of,” Luck said.

It’s not cheap to get all that work done.

People flock from all over the U.S. to save on dental work. And if they can’t drive themselves or don’t want to, Ron Vinluan will drive them over himself. He runs Dayo Dental in the U.S. They partner with dentists like De La Toba and bring patients over the border to get dental work done.

And while he’s getting a cut, he says his customer still comes out way ahead.

But some people come even just for savings on minor work, like Lynn and Christine Munniear.

They’re from Indiana but live full time in their RV and spend their winters in the warmer climate. On this particular visit, Christine got a crown in Los Algodones.

"Who knows? Maybe I’ll have a nose job done one day,” Munniear said.

Maybe, but some people wouldn’t recommend traveling out of the U.S. for plastic surgery.

“Many of us have seen people who’ve gone abroad and come back with issues and complications that can include infections, drainage, wound healing problems. I remember a patient who was injected with silicone directly into her breasts,” said Dr. Lynn Jeffers, a stateside plastic surgeon.

She says she’s seen it all. She says plastic surgery abroad might save you money up front but you don’t always know what you’re getting.

“You’re just going to have to figure out in a certain country what their accreditation process is, certification process is, has this person been certified by their national society and what kind of track record they have. And each country would be different,” Jeffers said.

And that’s not always easy to do for either dental work or plastic surgery.

Vinluan says Dayo Dental will only work with dentists rated in the top 5% in Mexico, but that doesn’t mean you’re avoiding all risk.