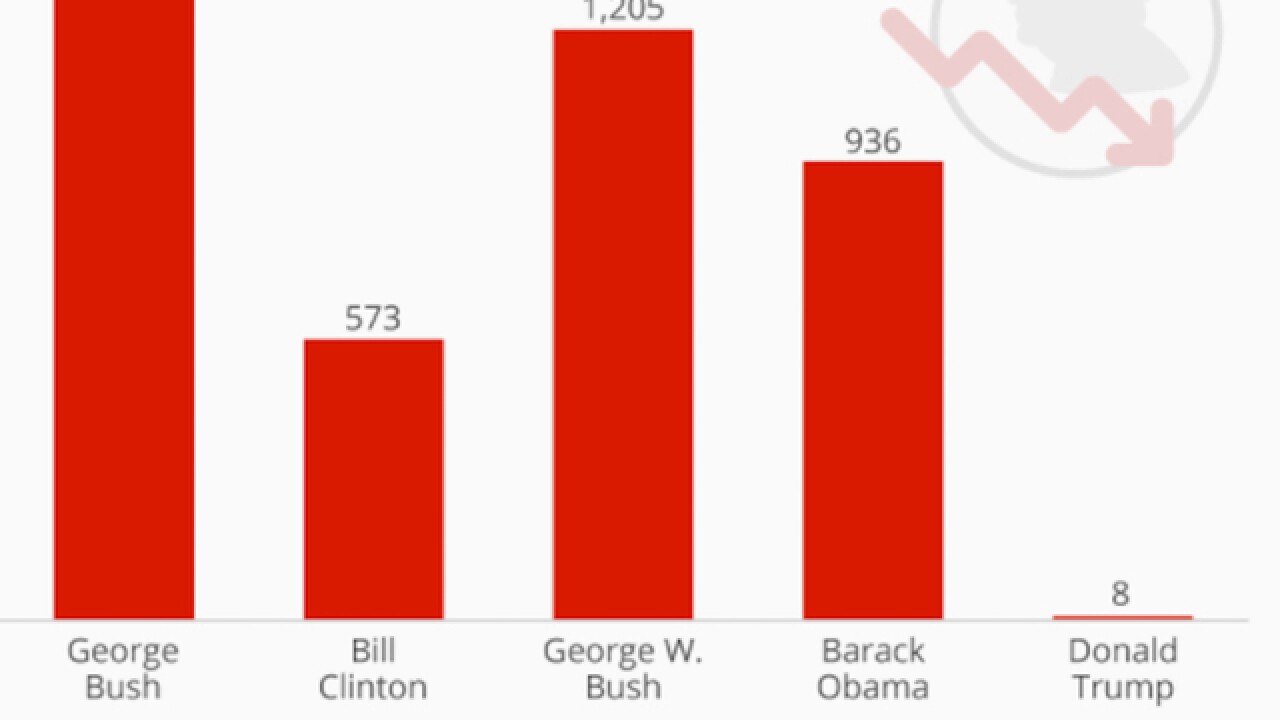 In his first eight days, 45 percent of Americans disapproved and 10 percent were undecided, Gallup showed. The poll was released Jan. 28, 2017.

For other presidents, it took more than a year to reach a majority disapproval rating, as shown in this infographic .

According to a new Quinnipiac University poll released last week, 36 percent of American voters approve of Trump's handling of his job after his first week, while 44 say they disapprove. By comparison, former President Barack Obama received a 59-percent to 25-percent approval rating in the first Quinnipiac poll taken after his inauguration in 2009.

Asked how they expected Trump's presidency to turn out, 43% say they think Trump will be a "good" or "great" president, while 52 percent said they expect Trump will be "not so good" or "bad" -- with 36% expecting the worst.

Still, 53 percent of Americans said they are optimistic about Trump's presidency, and more say that Trump will help the economy than hurt it.

The Quinnipiac poll also found that American voters are critical of Trump's personal qualities. Large majorities say that he is not level-headed or honest, and 53% say that he "does not care about average Americans."

Working in Trump's favor: Slightly more say that Trump has good leadership skills (49 percent to 46 percent), and large majorities believe that he is intelligent and a strong person.

The Quinnipiac University poll was conducted between January 20 and 25, and surveyed 1,190 voters nationwide. It has a margin of error of +/- 2.8 points.