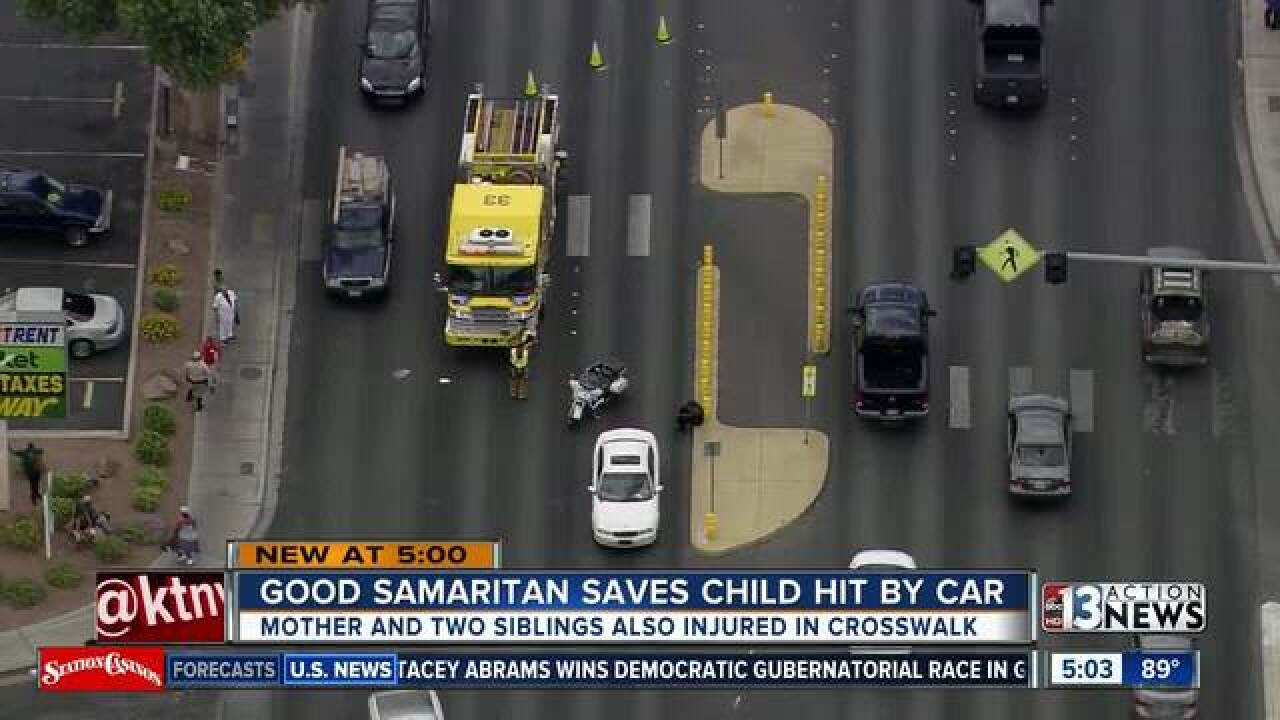 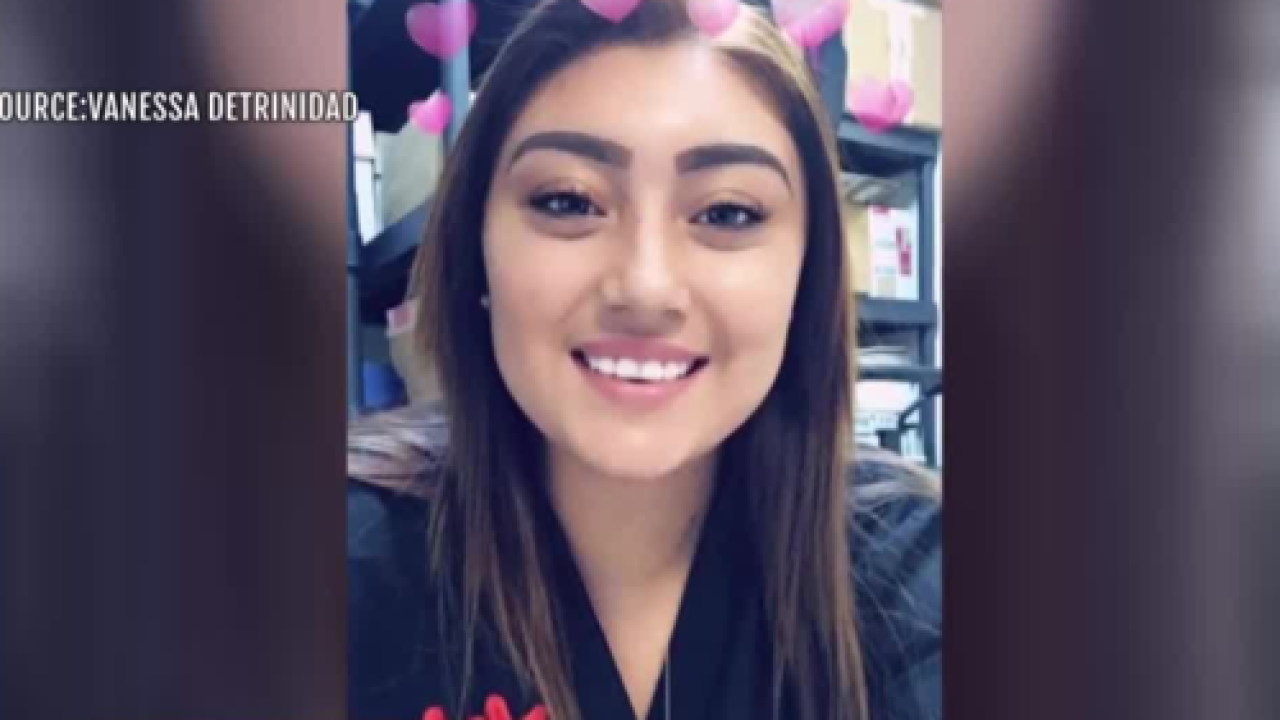 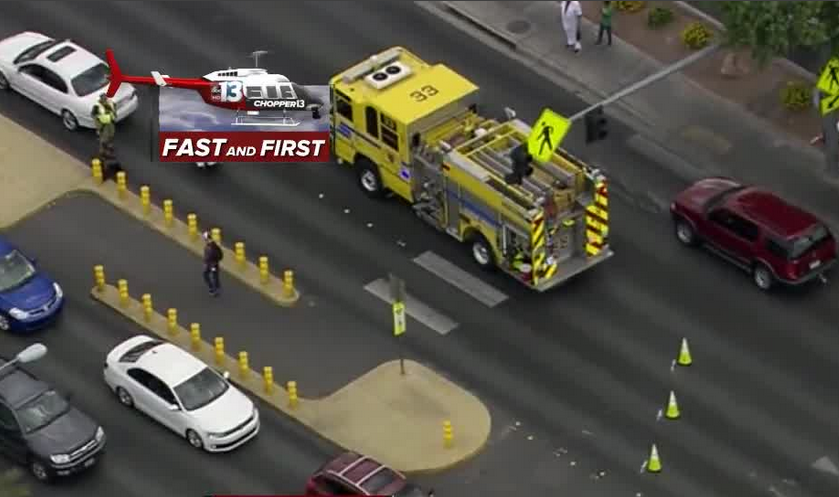 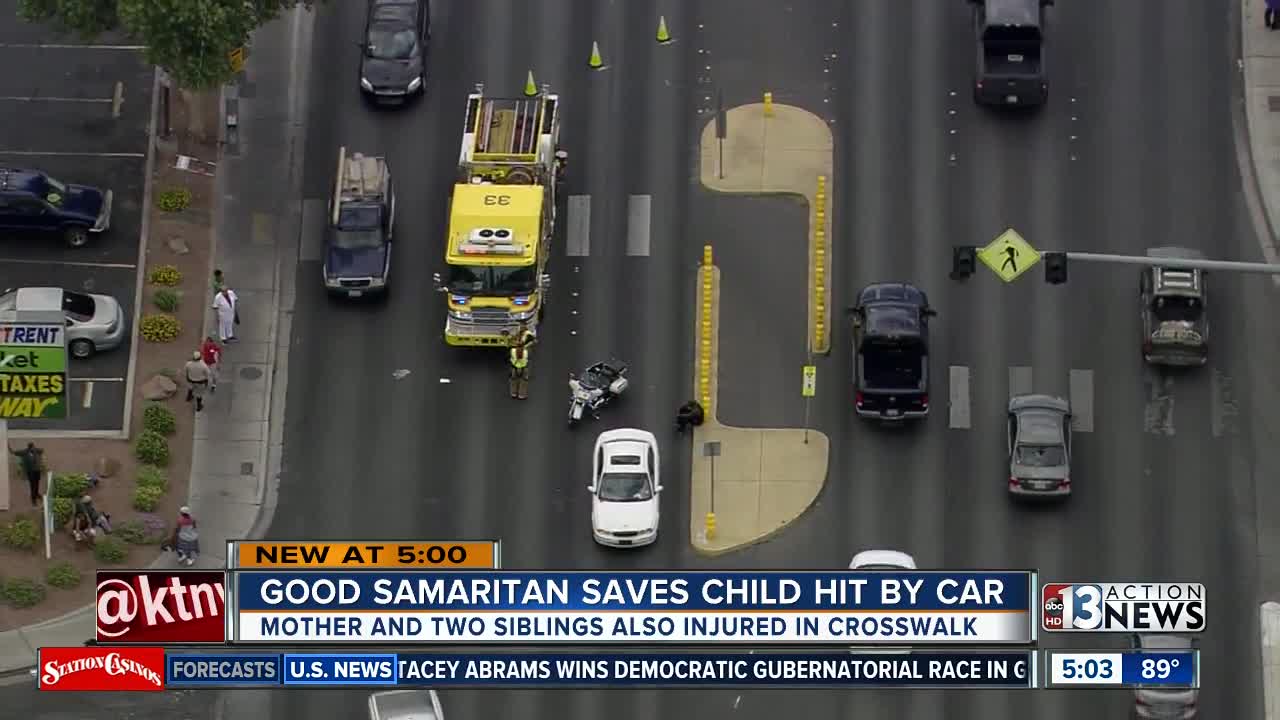 UPDATE MAY 23: Good Samaritans rushed to the help a mother and her three children after police say they were hit by a car while in a crosswalk near Maryland Parkway and Dumont.

"I tried to do everything I could honestly do, but my coworker she jumped in right away," said Brianna Martinez.

Martinez said she watched as her coworker Vanessa rushed to the oldest child, a four-year-old girl, who lay lifeless on the road.

"She got a blanket and just ran to her car and took her to the hospital," Martinez said.

Many others rushed to help the family who was recovering at area hospitals Wednesday. The driver did remain on the scene but was cited.

Police said they were frustrated with this crash because the family did everything they could to cross the intersection safely.

The intersection at Dumont and Maryland Parkway is a configured in a Danish Offset design and equipped with flashing lights for drivers, a marked crosswalk and signs. But people in the area still say cars do not stop.

"They do not want to stop at all, even if they see the light flashing," Martinez said. "Sometimes they even yell at the pedestrians for crossing."

Some people suggested the county should install a stop light in the area. From 2014 to 2016 there were 19 crashes in the intersection 5 of which involved pedestrians.

ORIGINAL: Las Vegas police have released more information about the mother and children who were hit by a car on Tuesday afternoon.

It happened on Maryland Parkway near Dumont.

A 21-month-old male was initially transported to Sunrise Hospital in critical condition. The 26-year-old mother, identified as Heavenly James, suffered "substantial" injuries. A 5-month-old female, who was in a stroller, and 4-year-old female had minor injuries.

The driver of the Jaguar remained on scene and was cooperating with police, who said there were no signs of impairment. The incident remains under investigation.