Most Wanted in Las Vegas for week of July 23

On July 24 around 10:40 pm, a black male entered the business located on the 2400 block of North Jones Boulevard, near Smoke Ranch Road. He entered the business pretending to be a customer. The suspect threatened the employee with a firearm and forced the employee to give him money. The suspect is described as a black male adult, 6'1", thin build, acne scars on his face, wearing a multi-colored long sleeve shirt, gray/red San Francisco 49er hat, blue jean pants and light colored shoes and armed with a black firearm. 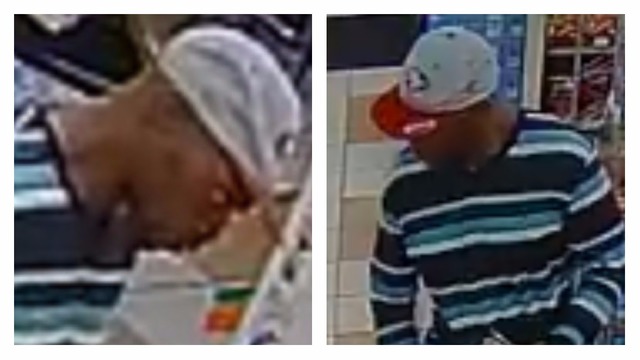 *****
In June 2017, a suspect entered a local retail store on the 6000 block of Westcliff Drive, near Rainbow Boulevard, where he used a firearm before stealing undisclosed property before fleeing the business. No persons were injured during the crime. The suspect is described as a Hispanic male in his 20s with a shaved head and armed with a handgun. 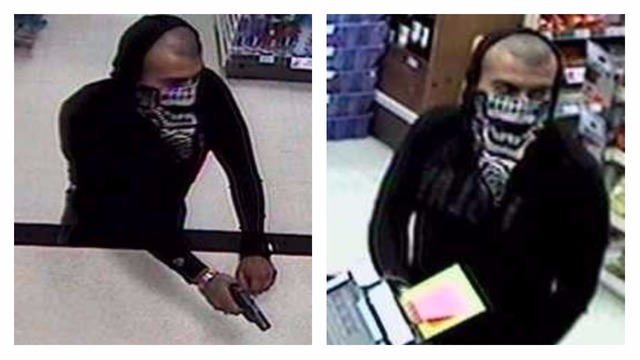 An armed robbery took place in a business in the 5400 block of Vegas Drive around 11 a.m. on July 15. No one was injured, and the suspect took an undisclosed amount of money. Police say the suspect is described as a black male adult, 30-35 years old, and around 5 feet 9 inches tall. He was last seen wearing a gray t-shirt and black shorts.