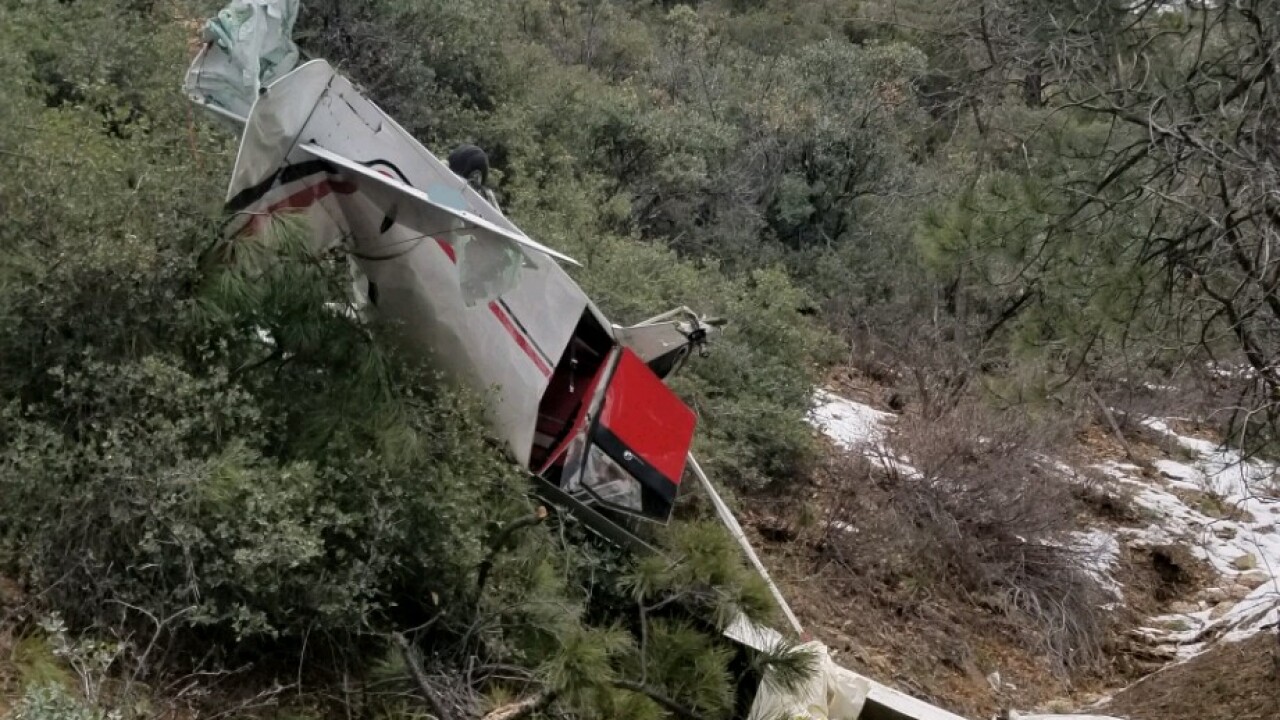 UPDATE JAN. 14: The couple in the fatal plane crash near Kingman, Arizona, have been identified.

ORIGINAL STORY
The Mohave County Sheriff's office is investigating a plane crash after a citizen "encountered" a male who had been on the plane when the collision occurred about 100 yards from the Mohave County Parks Ranger Station.

The crash occurred at around 11:45 a.m. Sunday and there were two people on board, the male and a female.

The woman was pronounced deceased at the crash site. The man was transported to Kingman Regional Medical Center in serious condition.

The Federal Aviation Administration and the National Transportation Safety Board have been notified and will be conducting an investigation as to the cause of the crash.