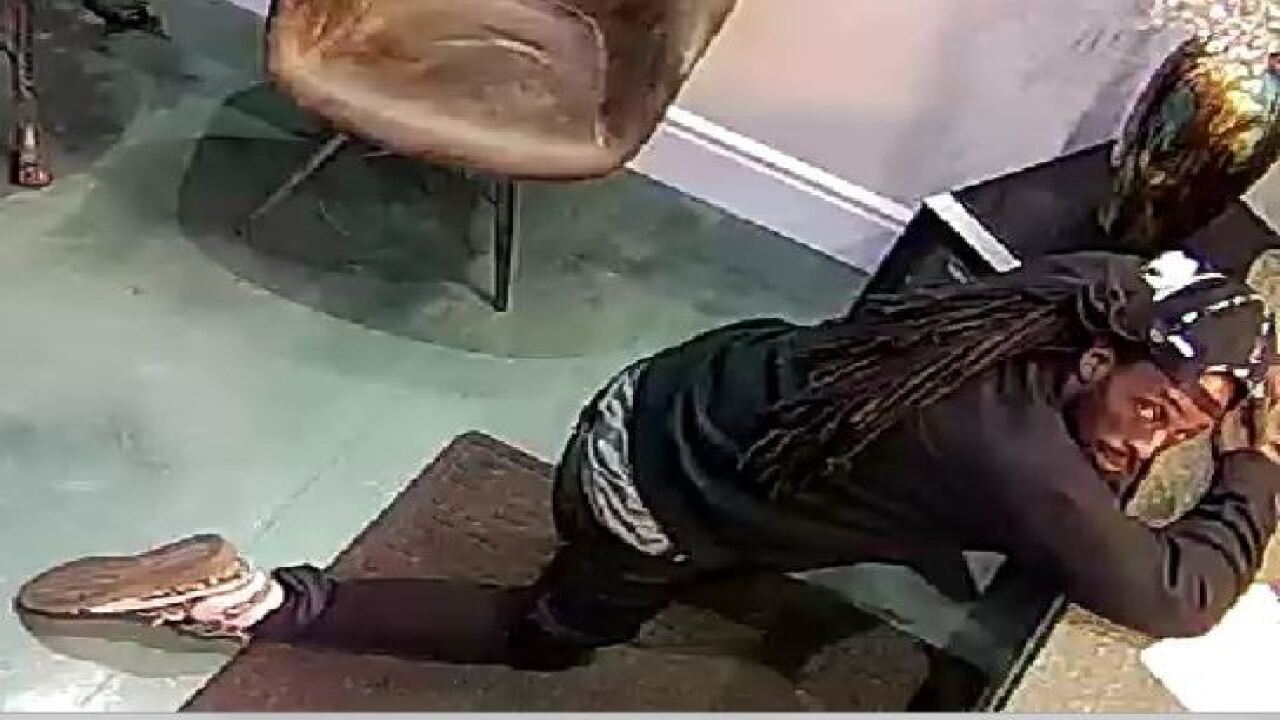 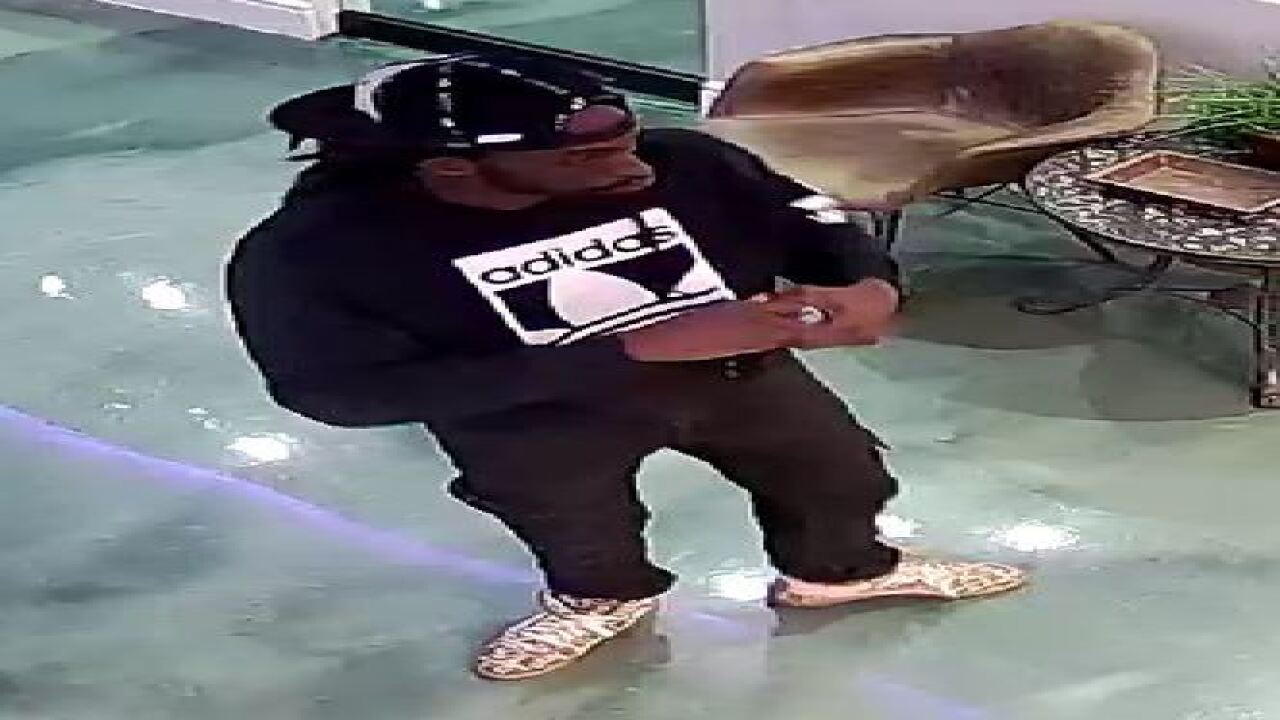 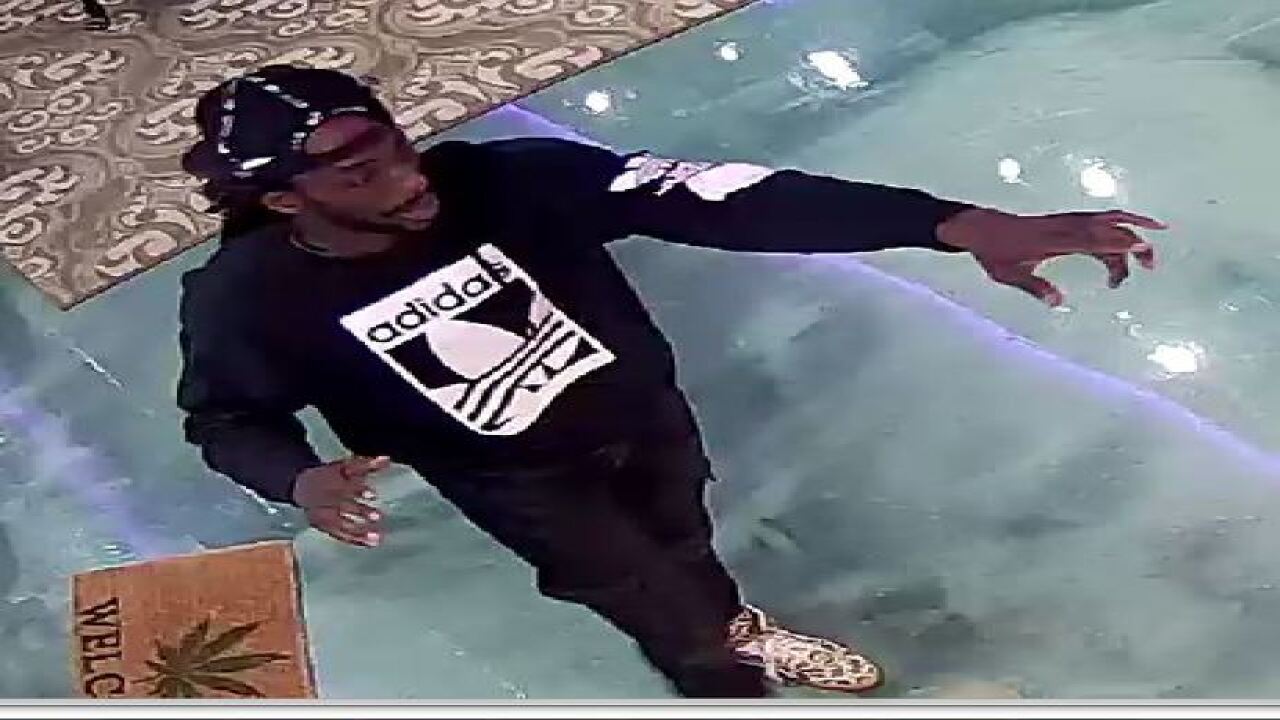 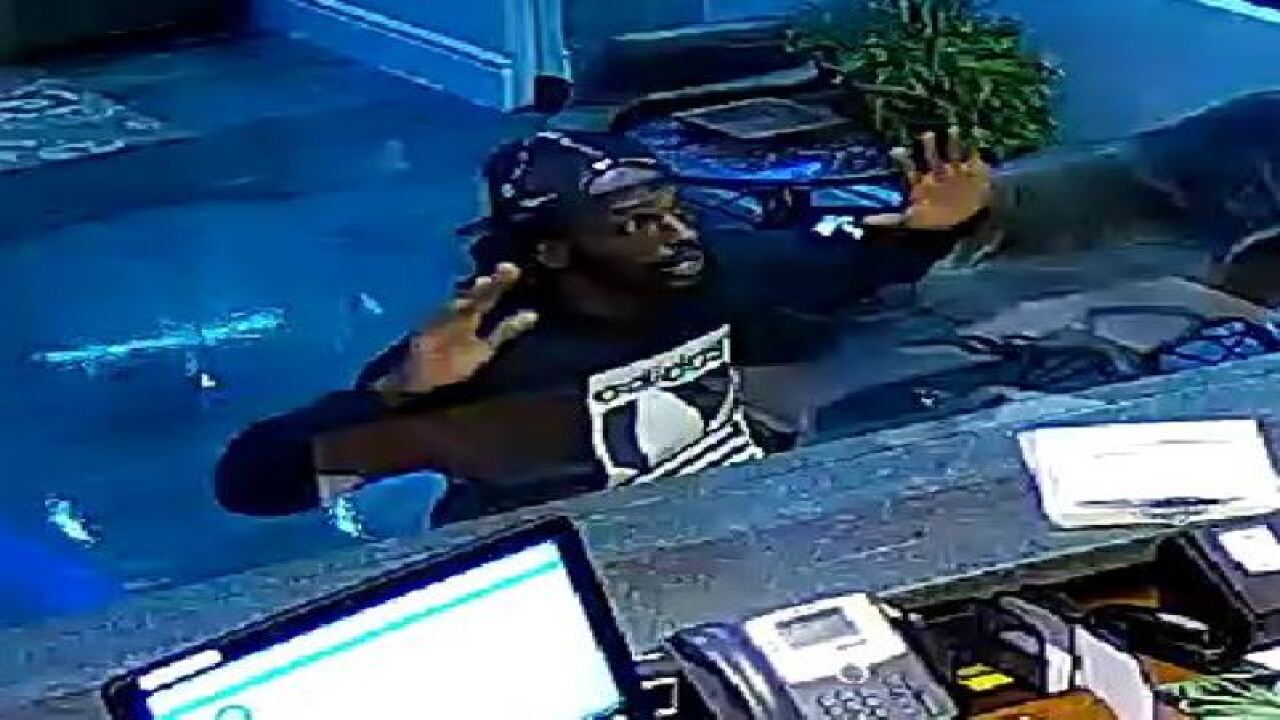 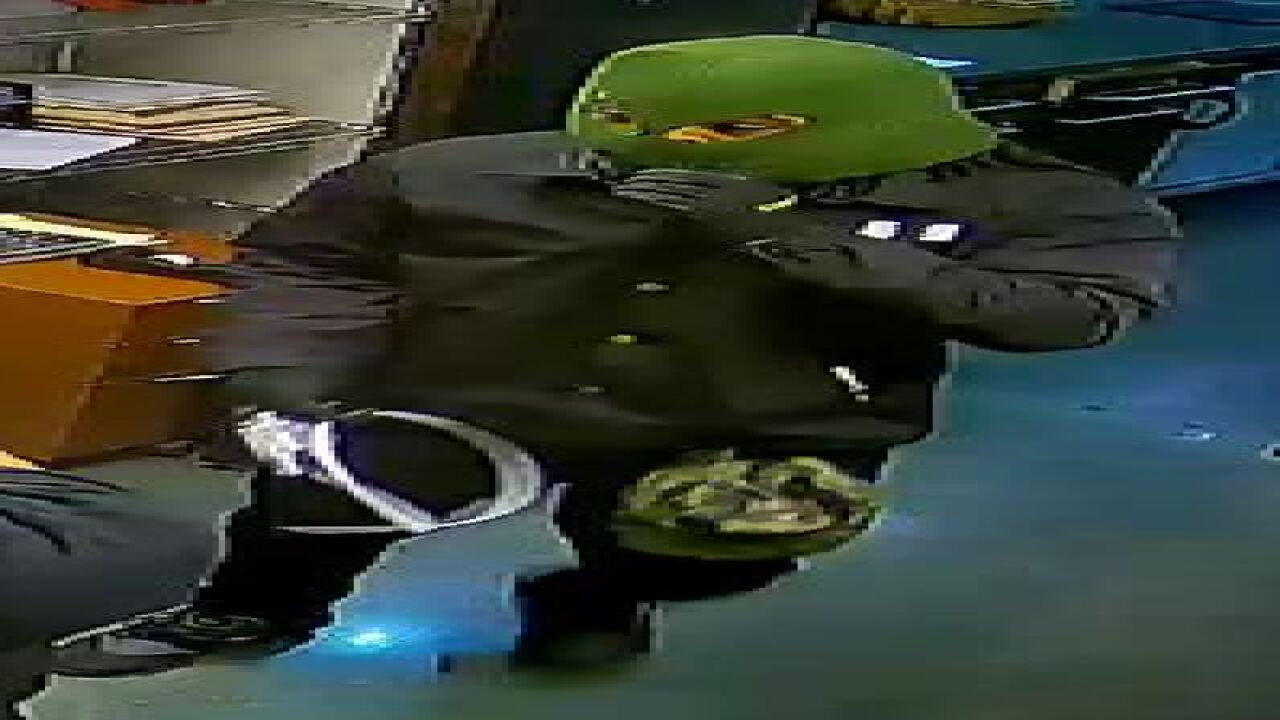 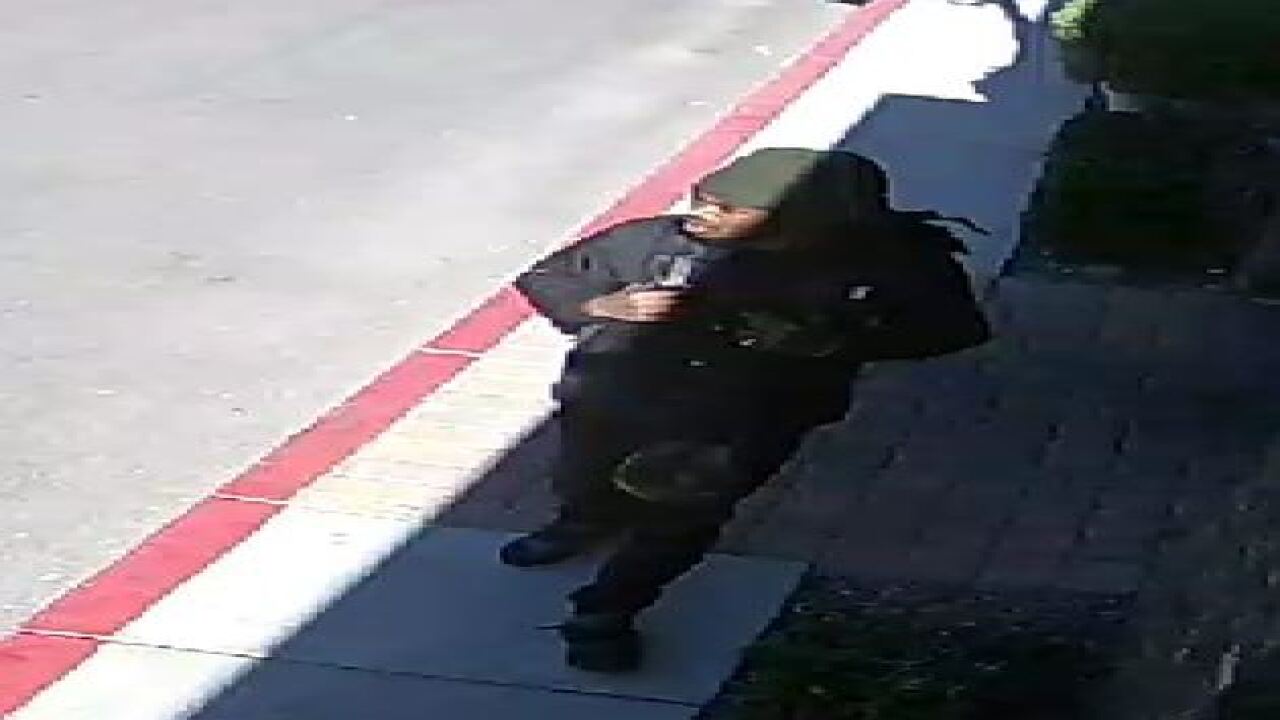 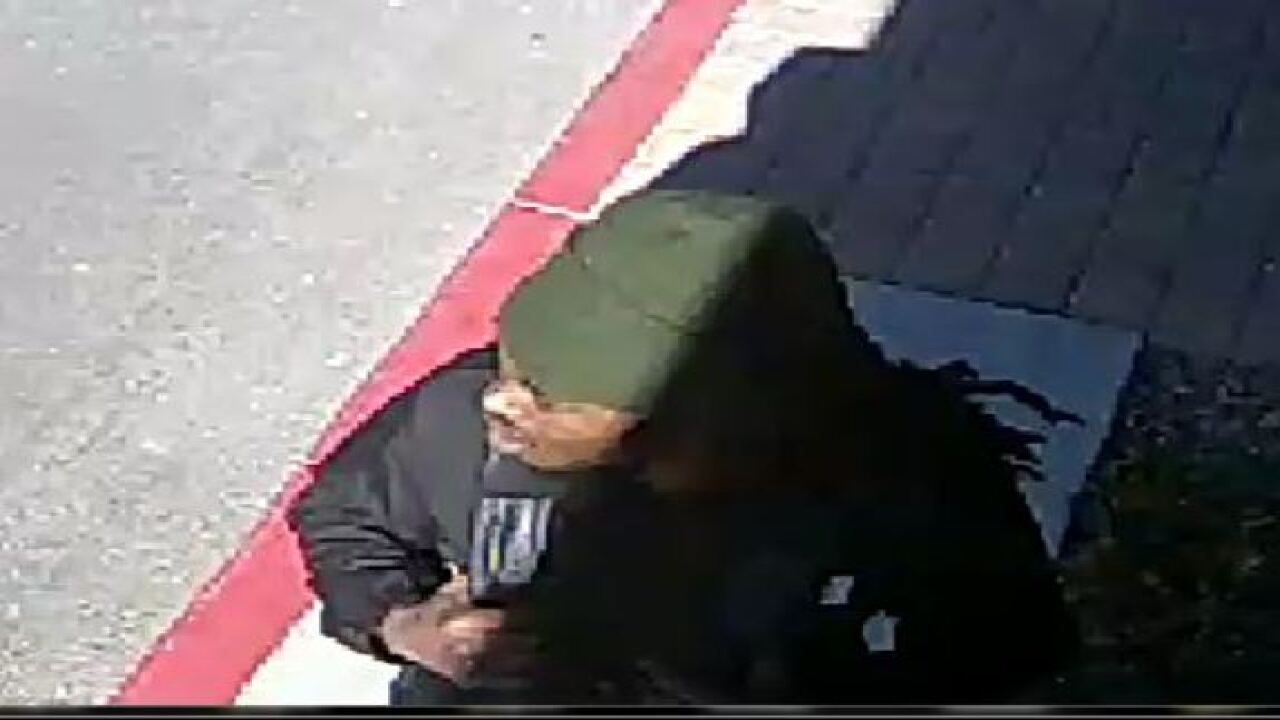 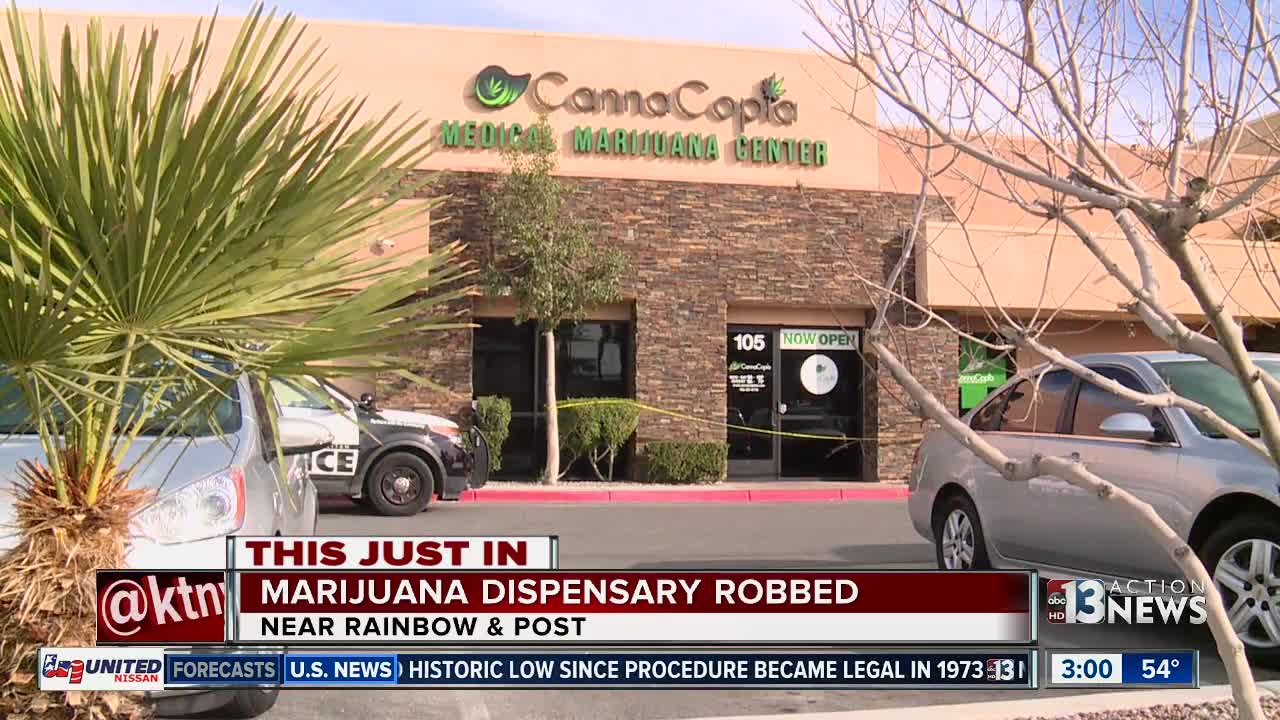 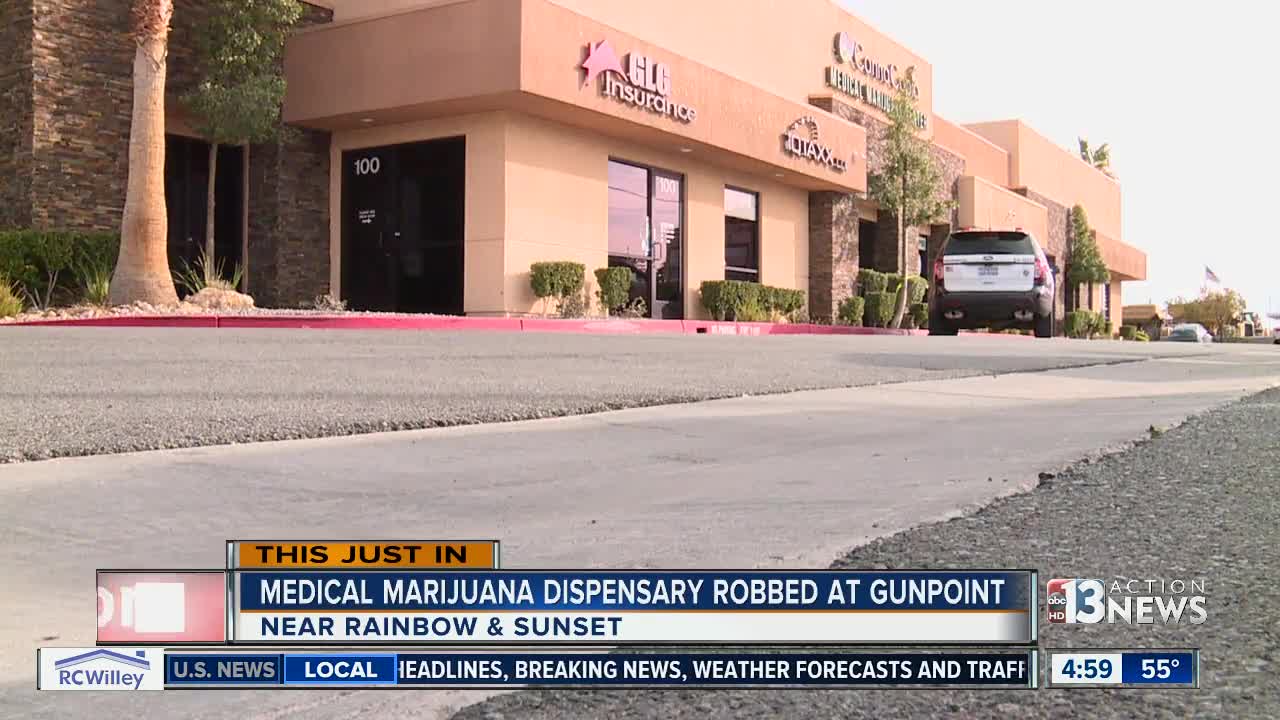 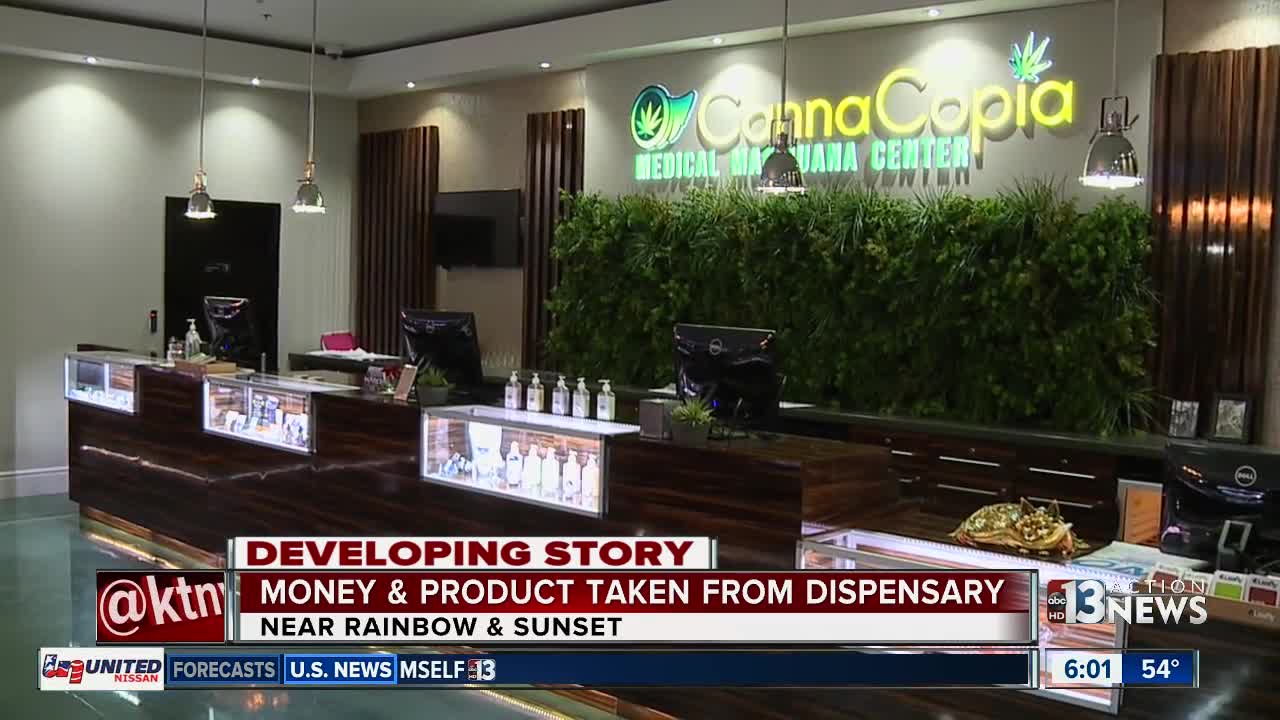 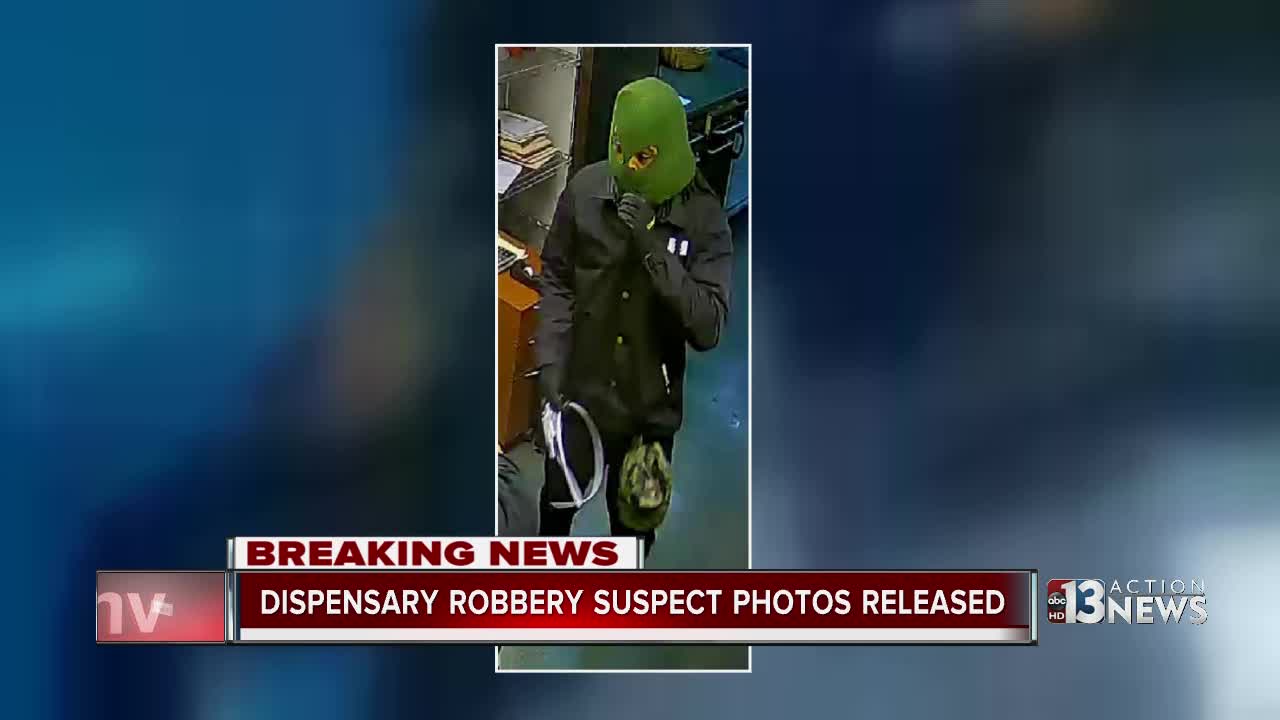 By: KTNV Staff
Posted at 1:34 PM, Jan 18, 2017
UPDATE: Just before 11 p.m. Wednesday, Las Vegas police released images of a man suspected in a medical marijuana dispensary.
The suspect is described as a black male, 6’2” and thin build. He was wearing dark clothing black gloves and
a green mask. He was armed with a silver revolver.
Also in the business at the time of the robbery there was a witness who left before the police arrived. Detectives are trying to identify this man who may be able to assist with the investigation. He is the black male who was wearing the black Adidas sweatshirt.
LAS VEGAS (KTNV) -- The Las Vegas Metropolitan Police Department reports that a medical marijuana dispensary was robbed at gunpoint on Wednesday.
It was reported at Canna Copia, located in the 6300 block of South Rainbow Boulevard near West Post Road, around 11:36 a.m.
Police were alerted when an alarm in the business was set off. An employee also called to report the robbery.

The assistant manager told 13 Action News there was already a patient waiting at the window when the armed robber came in and held that patient at gunpoint.

The robber also zip tied the employees' hands before leaving. No one was injured.

Both cash and product was taken from the dispensary.

The male suspect was wearing a mask and is still on the loose. There were no injuries.
If you have any information, please call Crime Stoppers at 702-385-5555.
Copyright 2016 Scripps Media, Inc. All rights reserved. This material may not be published, broadcast, rewritten, or redistributed.