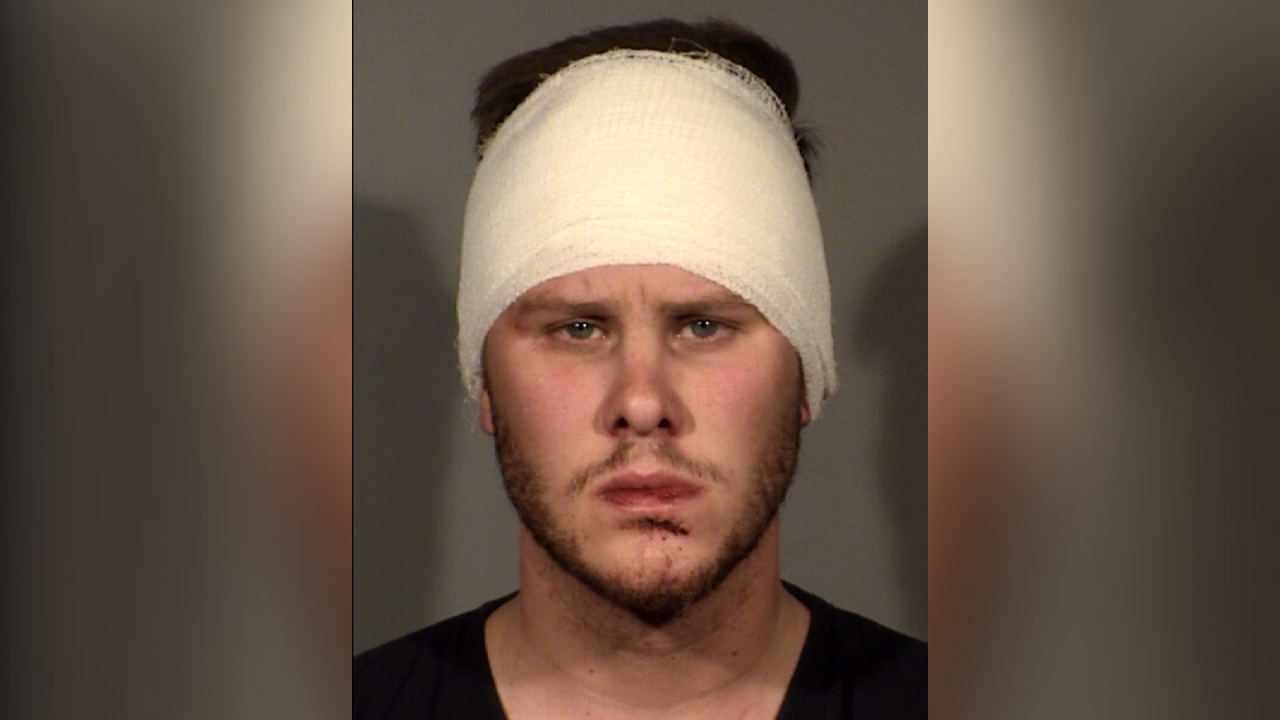 UPDATE NOV. 12: Las Vegas police have shared the mug shot for the man accused of DUI in a crash that killed two people on Nov. 9. Aaron Kruse was granted $250,000 bail on Sunday. Kruse has no past criminal history. His next court appearance is scheduled for Nov. 18.

Police arrested the only survivor, Aaron Kruse, 24, on DUI charges and booked him into the Clark County Detention Center after he was released from Sunrise Medical Center.

Police said Kruse was speeding southbound on Boulder Highway in a Ford Mustang when he rear-ended a Toyota carrying two people.

The impact spun the Toyota into a nearby parking lot where it caught fire.

Police said the two people in the car couldn't be rescued because of the heavy damage, and flames engulfed the car.

Two innocent people were killed when a suspected impaired driver slammed into the rear of their car at Boulder Hway/Flamingo. The car burst into flames.
This senseless crash took two lives as we approach the Holiday season! Someone could have prevented this! pic.twitter.com/gbD7bh62ib

Kruse was taken to Sunrise Hospital for minor injuries and police arrested him upon his release.

Police said this crash marked the 89th and 90th fatal traffic incident investigated by The Metropolitan Police Department this year.

Andrew Bennett with Zero Fatalities said five people have been killed in traffic collisions within 24 hours during the beginning of the Veterans Day holiday weekend.