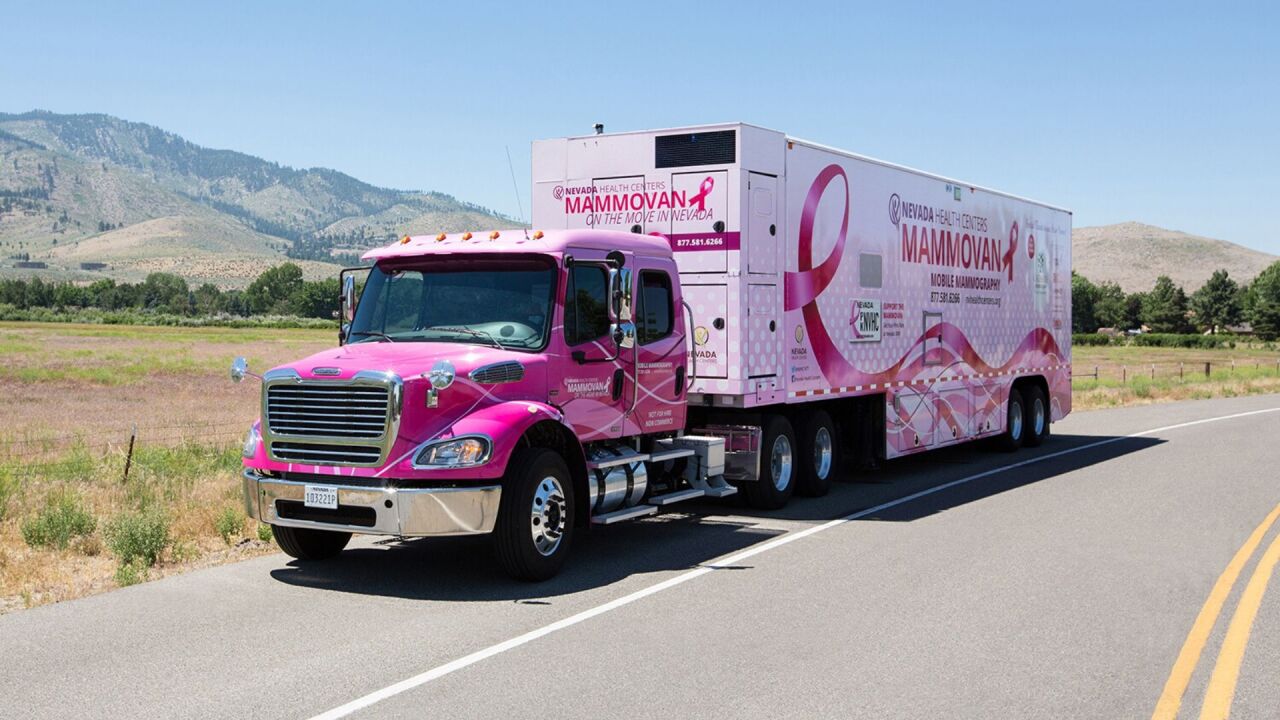 LAS VEGAS (KTNV) — The Nevada Health Centers' Mammovan will be at several locations in Southern Nevada beginning May 4.

A spokesperson for Nevada Health Centers said early detection is vital in the fight against breast cancer, and access to screenings is essential.

Pre-screening for any COVID-19 related symptoms will occur at the clinic before entering the mammon, according to the team. And appointments are recommended at 1-877-581-6266.

Mammography screenings are primarily for women age 40 and older. However, screenings will be provided to those younger than 40 that have a screening referral from a provider.

The Mammovan can do a 3D screening, and women are encouraged to check with their insurance company to see if a 3D scan is covered. If it is not covered by insurance, representatives said there will be a $50 charge for a 3D scan.

Nevada Health Centers said its mission is to provide access to quality healthcare services throughout Nevada with screenings provided to all women regardless of economic status.

The health center also said it accepts most major insurance plans, Medicaid and Medicare and offers a sliding fee scale for those who are uninsured.

The Mammovan began operations in 2000 and was initially made possible by a grant secured by former Congressman John Ensign and former First Lady of Nevada, Dema Guinn.