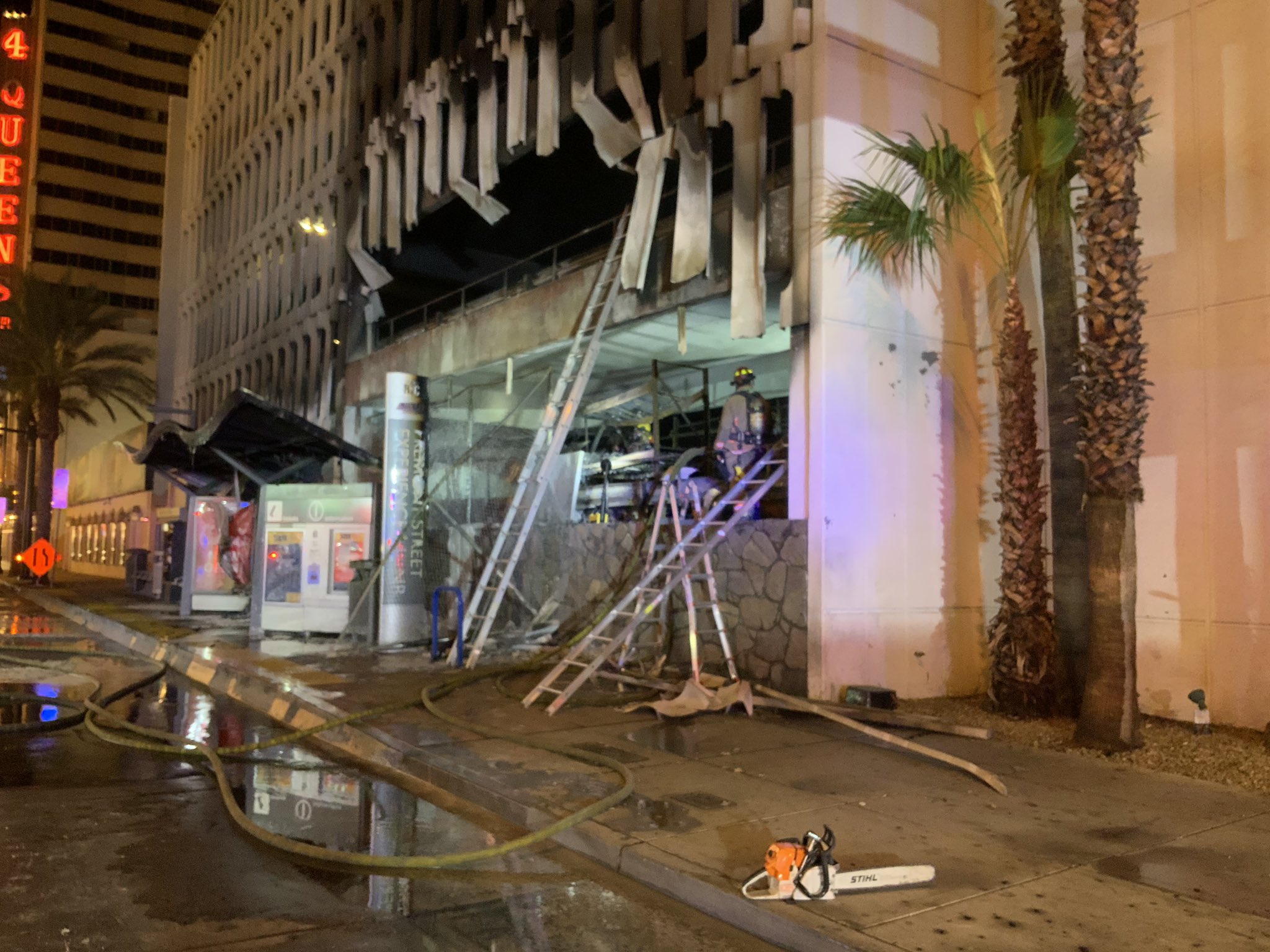 At least five cars inside the Four Queens hotel parking garage in downtown Las Vegas caught fire overnight, according to firefighters. No injuries to report. The cause remains under investigation. 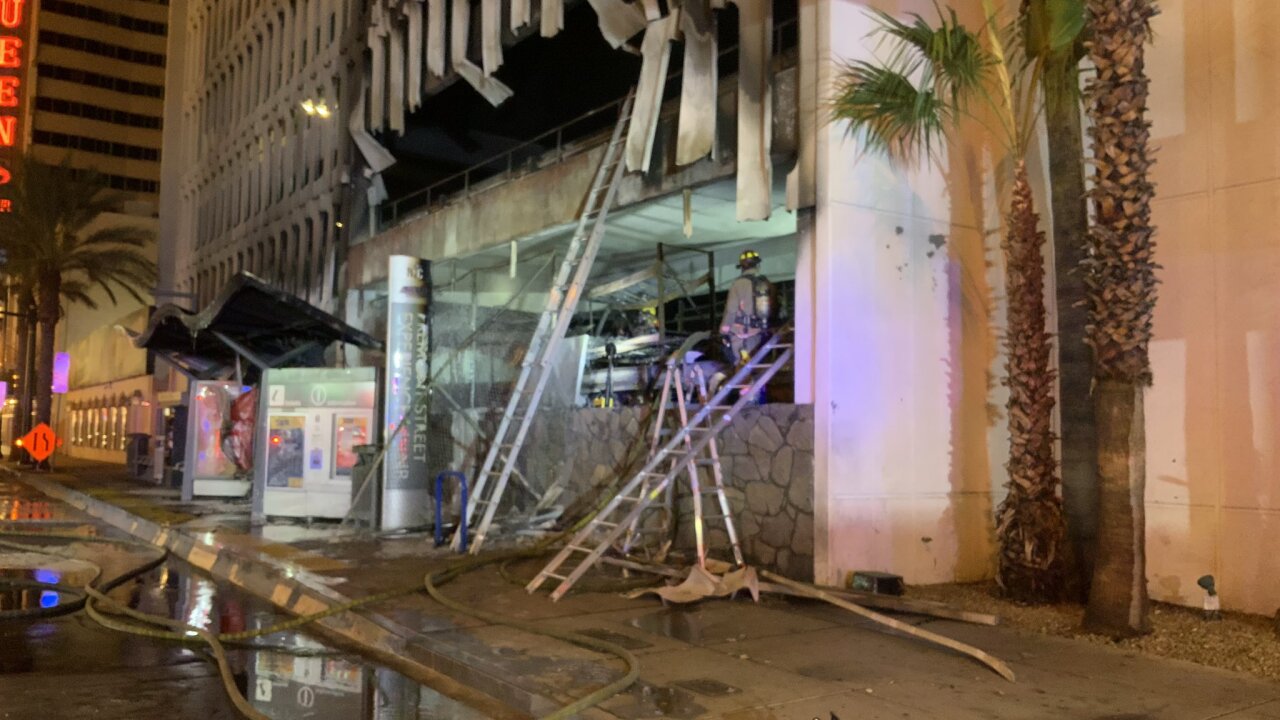 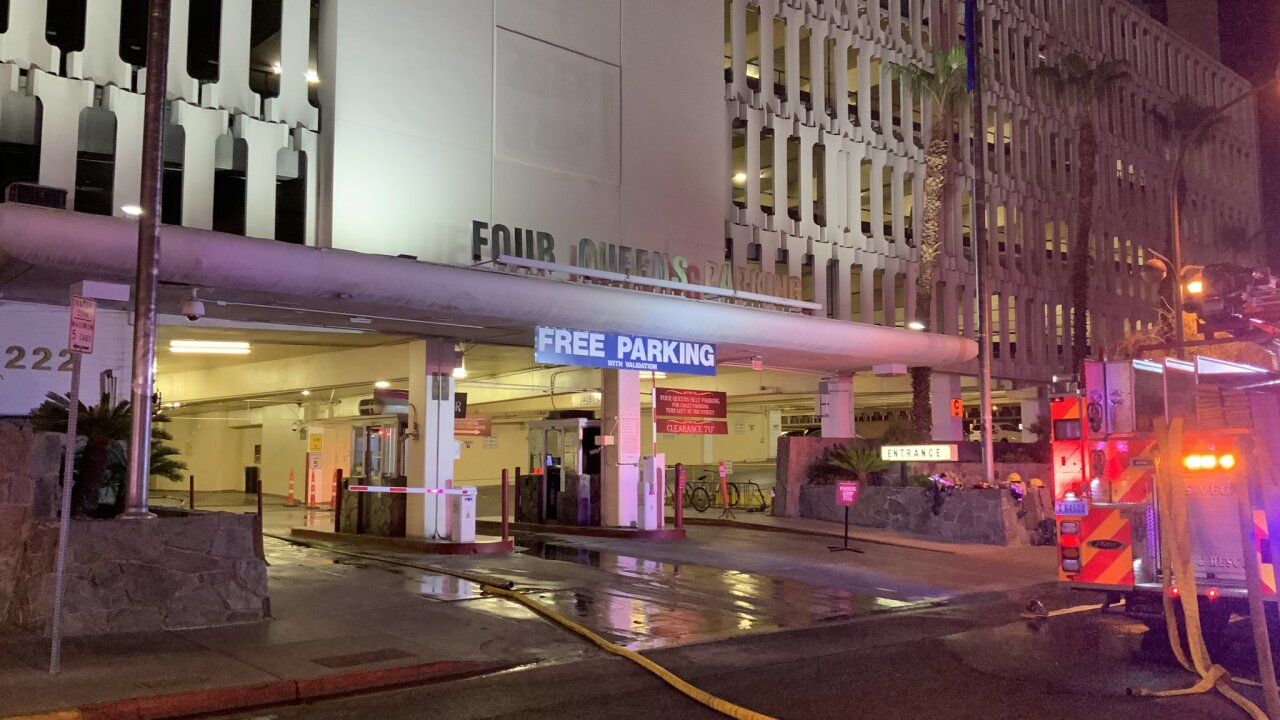 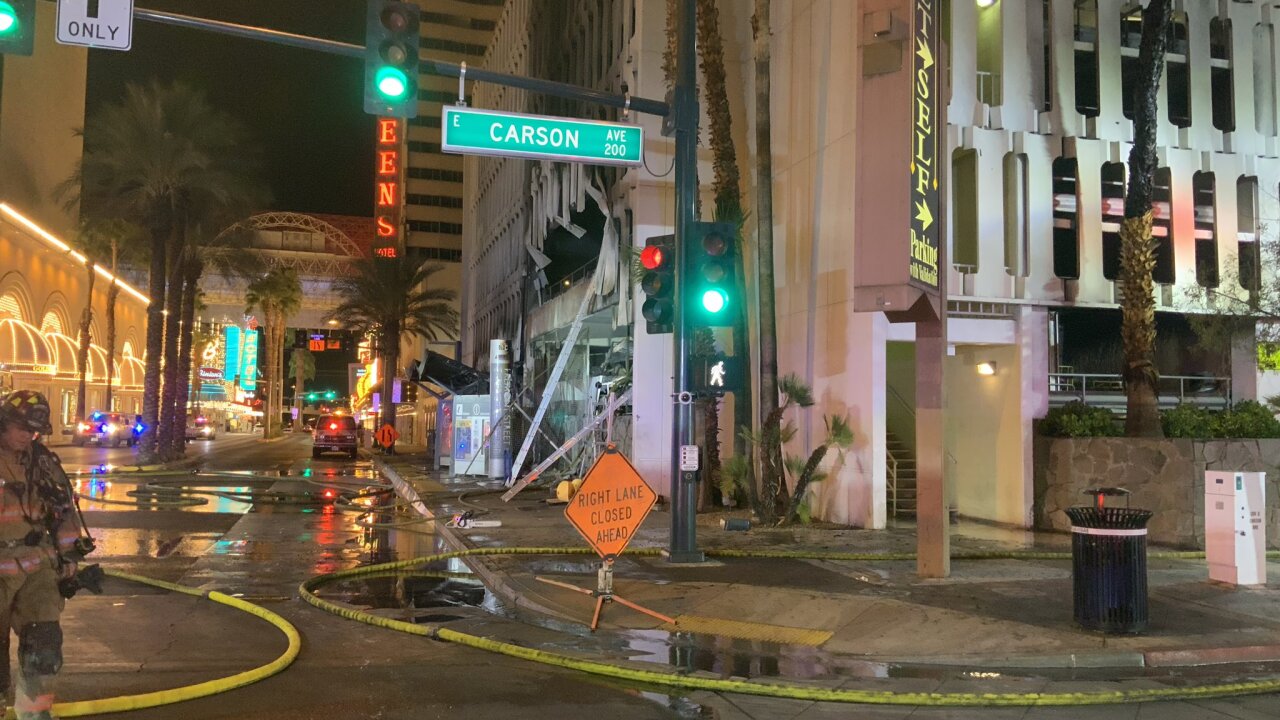 It happened shortly before 2 a.m. Thursday at the casino on Fremont Street near Casino Boulevard.

Las Vegas Fire and Rescue says no one was hurt but there was some damage to the garage.

When crews first arrived they found three cars burning just above the sidewalk on Casino Center Boulevard on the corner of Carson Avenue.

The fire spread upward to the second level and also caused damage.

At least five vehicles where either destroyed or damaged by the fire, firefighters say.

A RTC bus stop was also destroyed by the fire, as well as damage to the structure itself.

Area near the fire: