The Nashville skyline changed within a matter of seconds, as the LifeWay tower came crashing down in a scheduled implosion. The building, officially known as the Draper Tower, has stood for more than a quarter century. 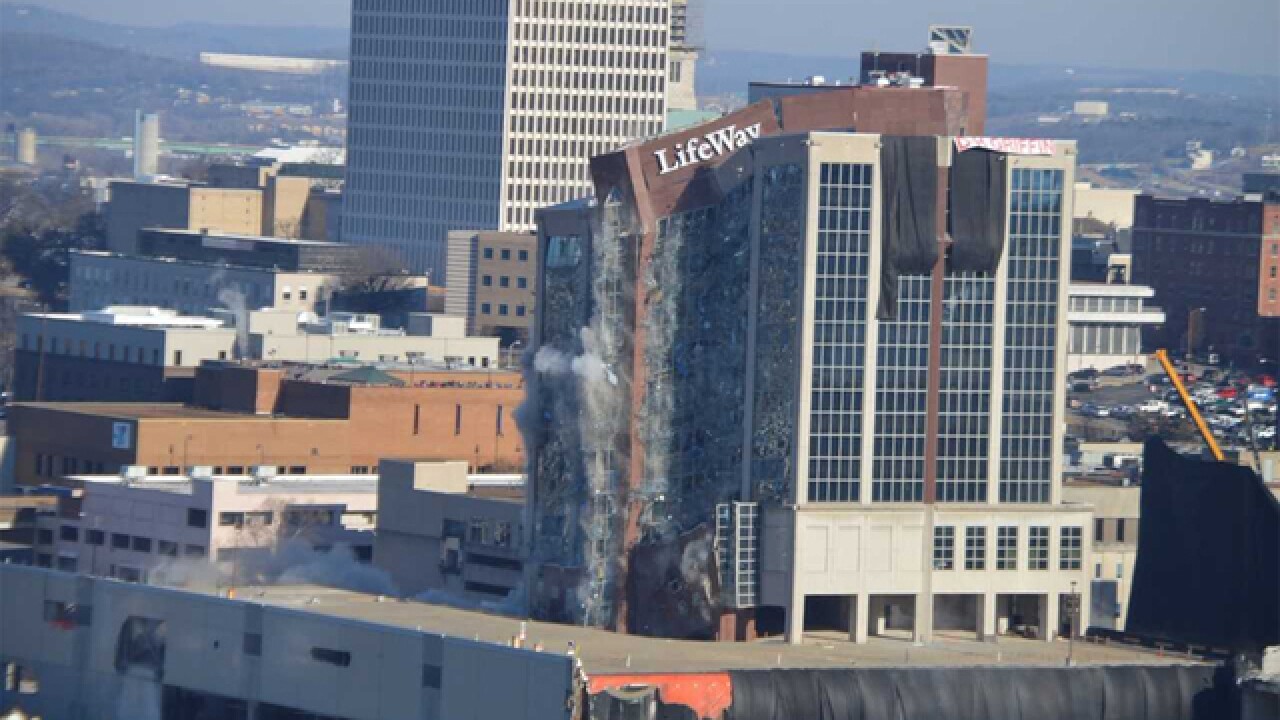 The Nashville skyline changed within a matter of seconds, as the LifeWay tower came crashing down in a scheduled implosion.

The building, officially known as the Draper Tower, stood in the city for more than a quarter century.

Over 600 pounds of explosives were used to implode the building on the LifeWay Christian Resources' old downtown campus Saturday morning.

The countdown was set for 10:30 a.m. ET, and the initial reaction appeared positive. It took less than 10 seconds for the building to come down, although it was several minutes before the dust settled.

The implosion was expected to be louder than an NFL game. Although the immediate area was evacuated and roads were closed, several Nashville residents watched and recorded as the building was reduced to rubble.

The entire campus was sold back in 2015 to a real estate investment firm with plans to build a billion-dollar development called Nashville Yards. A music venue, hotel, and eight stories of multi-family apartments were just part of the plan to transform the 15-acres property in the heart of downtown Nashville.

As entertainment district was also announced.

LifeWay announced plans for a new headquarters in February 2016. The new campus was built on a 32-acrs site near Charlotte Avenue and 11th Avenue North.

"We are very excited about LifeWay's opportunity to remain in downtown Nashville," said LifeWay's President and CEO Thom Rainer at the time.

In addition to the new LifeWay campus, city leaders planned to construct new sidewalks and repairs to the infrastructure.

"It's about $3.5 million the city will spend on infrastructure which is needed for the city in general and in return for that in addition to LifeWay the city is going to end up with two acres of land which we'll be able to use as a city park," said Rich Riebeling, the city's Chief Operating Officer.