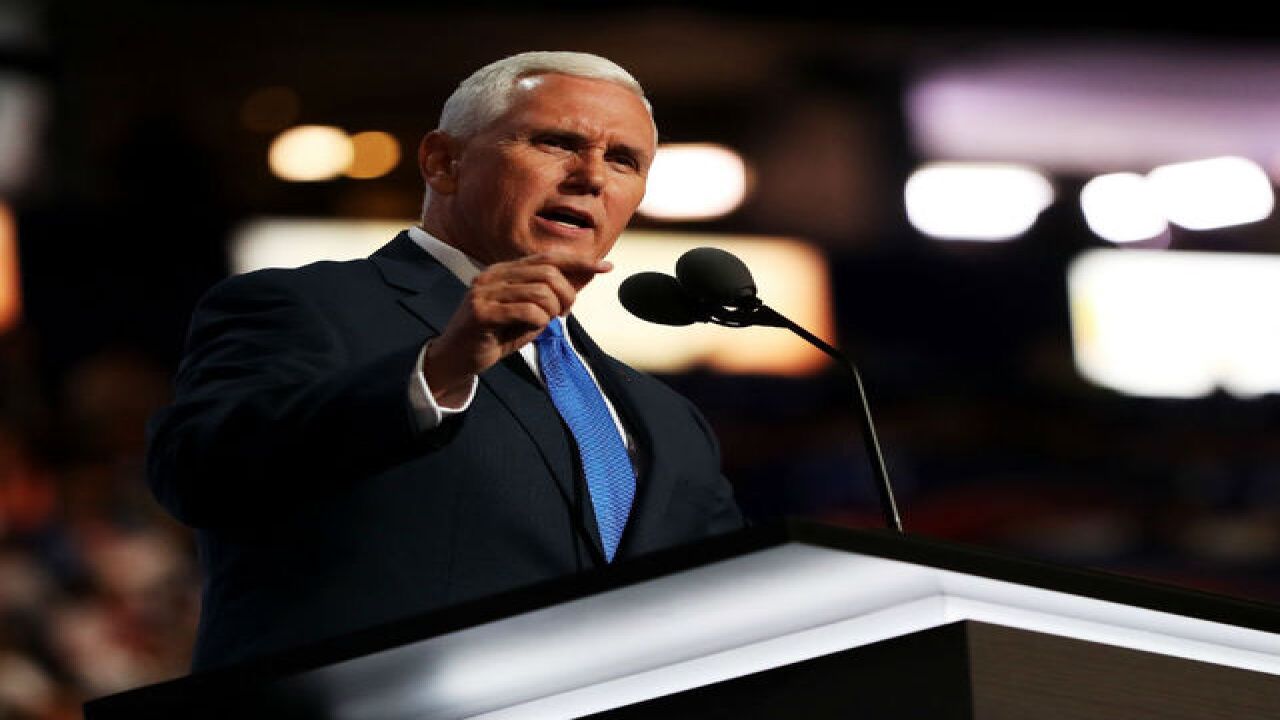 Copyright Getty Images
<p>Republican Vice Presidential candidate Mike Pence delivers a speech on the third day of the Republican National Convention on July 20, 2016 at the Quicken Loans Arena in Cleveland, Ohio. Republican presidential candidate Donald Trump received the number of votes needed to secure the party's nomination. An estimated 50,000 people are expected in Cleveland, including hundreds of protesters and members of the media. The four-day Republican National Convention kicked off on July 18. (Photo by John Moore/Getty Images)</p>

Pence said Friday that the campaign would evaluate its policy and added that events would be "available to the media, whether they're fair or unfair."

The governor's remarks on the Hugh Hewitt radio show came days after a Washington Post reporter was searched and ejected from one of his events.

.@mike_pence tells me he will work to create open access for all reporters at Trump/Pence events

Donald Trump has been a frequent critic of the media and has banned several outlets from covering his campaign events, including Buzzfeed, Politico, The Huffington Post and The Washington Post.

Pence touted his own record of being available to the media to Hewitt.

.@mike_pence to Hugh Hewitt: long history of advocating for free press, going to have conversations internally re: media ban @IndyThisWeek

However, Pence faced immediate criticism when he considered launching a state-run news service 'Just IN' in January 2015.  Days later, he scrapped the effort.