The battle against human trafficking in Las Vegas is enlisting a new form of help, Lyft drivers. Jeremy Chen reports. 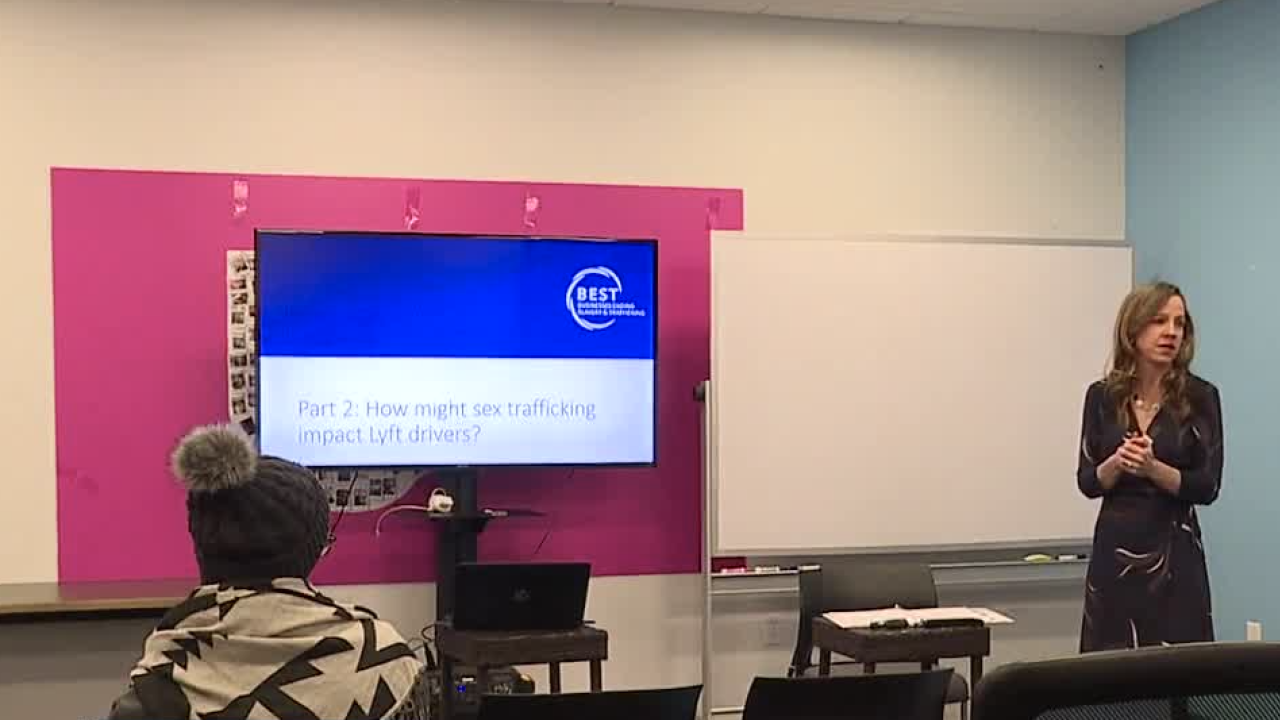 LAS VEGAS (KTNV) — The battle against human trafficking in Las Vegas is enlisting a new form of help, Lyft drivers.

It’s class time for these Lyft drivers as they learn valuable lessons to help their communities.

“The training we’re doing today is to train Lyft drivers on how to spot human trafficking,” Mar Brettmann, executive director of BEST, said.

The drivers heard a presentation from the nonprofit “BEST” or “Businesses Ending Slavery and Trafficking”. They watched videos and learned from lectures about what to do if they encountered a potential victim.

The National Human Trafficking Hotline report from 2017, shows Nevada ranked 10th in the nation for total number of human trafficking cases, with more than 90 percent of the state's cases being sex trafficking reports.

“Unfortunately, Las Vegas is a hotspot for both forms of human trafficking. Both labor and sex trafficking, but especially sex trafficking, it’s really important here that drivers in Las Vegas know the signs and know what to do if they see it,” Brettmann said.

Lyft says dozens of drivers signed up for the five training sessions Wednesday and believes it can help make a difference.

“Our drivers are on the frontlines of this fight against human trafficking and by equipping them with this knowledge, we believe that we can help the community to hopefully end this,” Luisa Choi, general manager of Lyft Nevada, said.

“As a Lyft driver, we’re on the front lines of everything.”

“The more knowledgeable we are on what’s going the better it is and the safer it makes for the community for everybody,” he said.

He says there have been a few instances where he suspected something may have been wrong.
Cassells says the training from BEST helps.

“If anything happens in the future, I’ll have an idea. ‘Oh, that’s definitely an indicator that’s something’s not right,’” Cassells said.
Cassells says after watching the videos and listening to the lectures, he feels ready to help.

“I definitely feel empowered to make a difference and definitely help somebody else out not just by giving them a ride, but maybe saving their life,” he said.