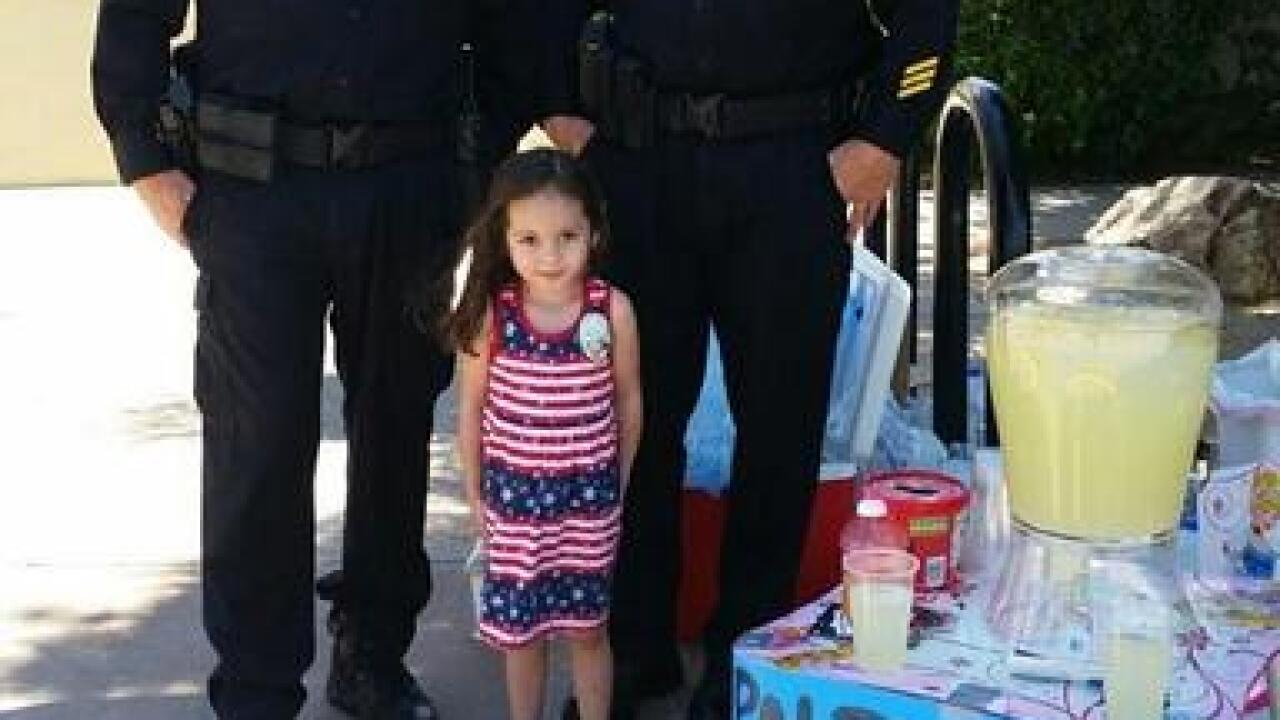 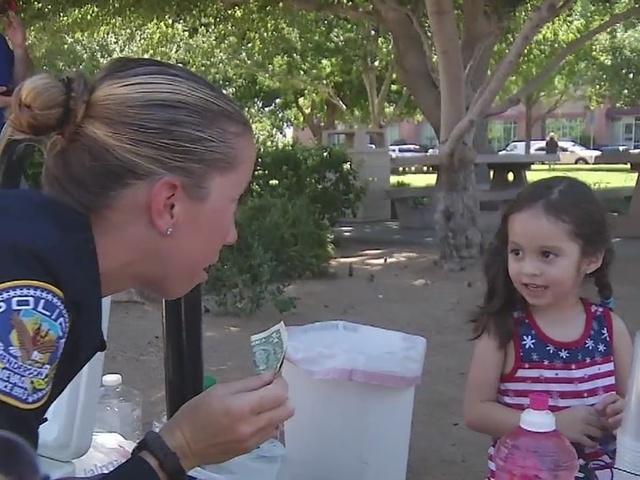 By: Marti Glaser
Posted at 4:51 PM, Jul 19, 2016
There's a good chance she may be one of Las Vegas' youngest philanthropists.
At just 3 years old, Teresa Babcock set up her lemonade stand outside the Henderson courthouse. She partnered with Henderson police to help the families of the fallen heroes in Baton Rouge.
While the lemonade was free for officers, many of them contributed to help the cause.
On such a hot day, it was nice to see the smiles on the faces of the men and women in blue.
Many officers say the lemonade stand is a refreshing gesture during such a difficult time for police officers.
Copyright 2015 Scripps Media, Inc. All rights reserved. This material may not be published, broadcast, rewritten, or redistributed.