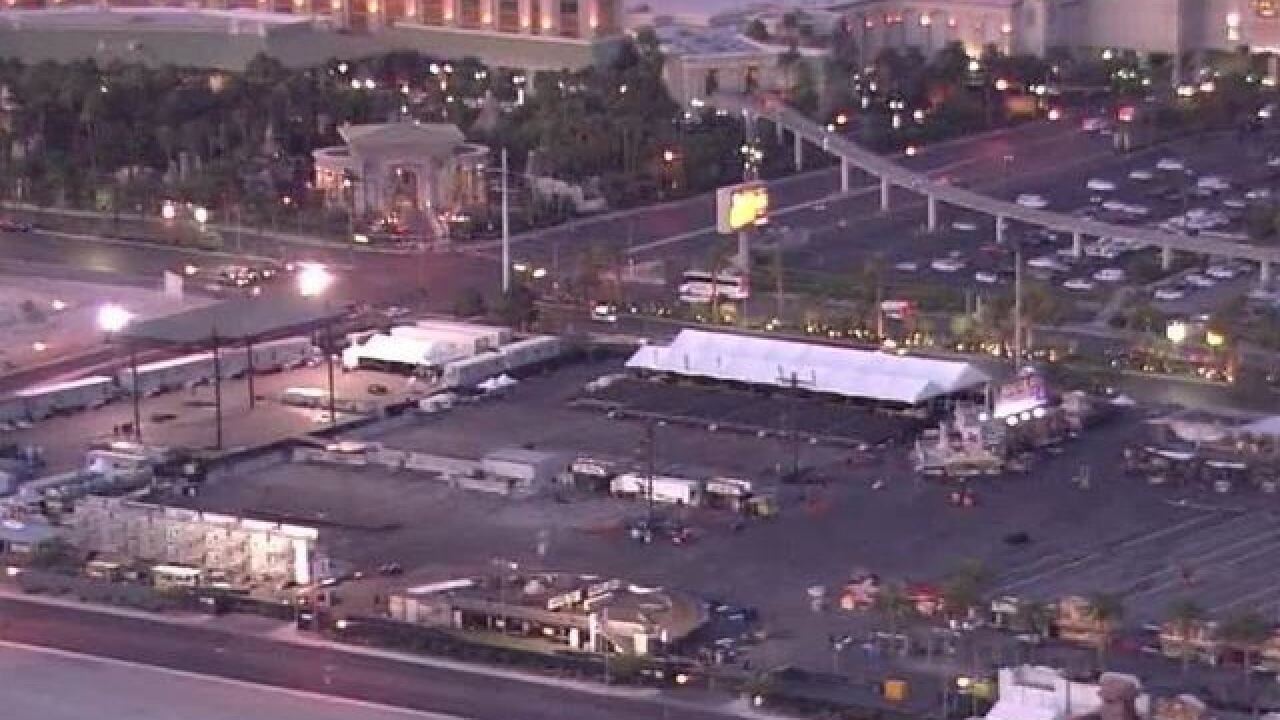 On the anniversary of the deadliest mass shooting in the nation's modern history, the determined and the curious were turned away from the concert venue that became a killing field a year ago.

Officials with MGM Resorts International handed out maps and fliers on Monday to pedestrians who reached a locked and screened gate at the unused Las Vegas Strip festival grounds.

The company owns both the concert venue and the Mandalay Bay hotel, from which a gunman fired assault-style rifles from the 32nd floor, killing 58 people and injuring more than 850 on Oct. 1, 2017.

The fliers suggested a short walk to a neighboring Catholic church for "quiet reflection" inside or to sign a commemorative banner -- or a trip to a planned evening dedication at a downtown memorial garden.

No parking was allowed along Las Vegas Boulevard and police closed a street between the church and the concert grounds, which has not been used since the shooting.

The chief executive of MGM Resorts International called the 1 October "an unforgettable act of terror."

Company chairman and CEO Jim Murren said in a statement Monday that the shooting was a "senseless act of evil."

Police and the FBI have not called the shooting a terrorist act or said the Mandalay Bay gunman was linked to a conspiracy. They say he acted alone.

How the event is characterized is important for MGM Resorts because it wants to invoke a federal anti-terrorism law enacted after Sept. 11, 2001, in defense of negligence lawsuits alleging that the casino giant could have prevented the shooting.