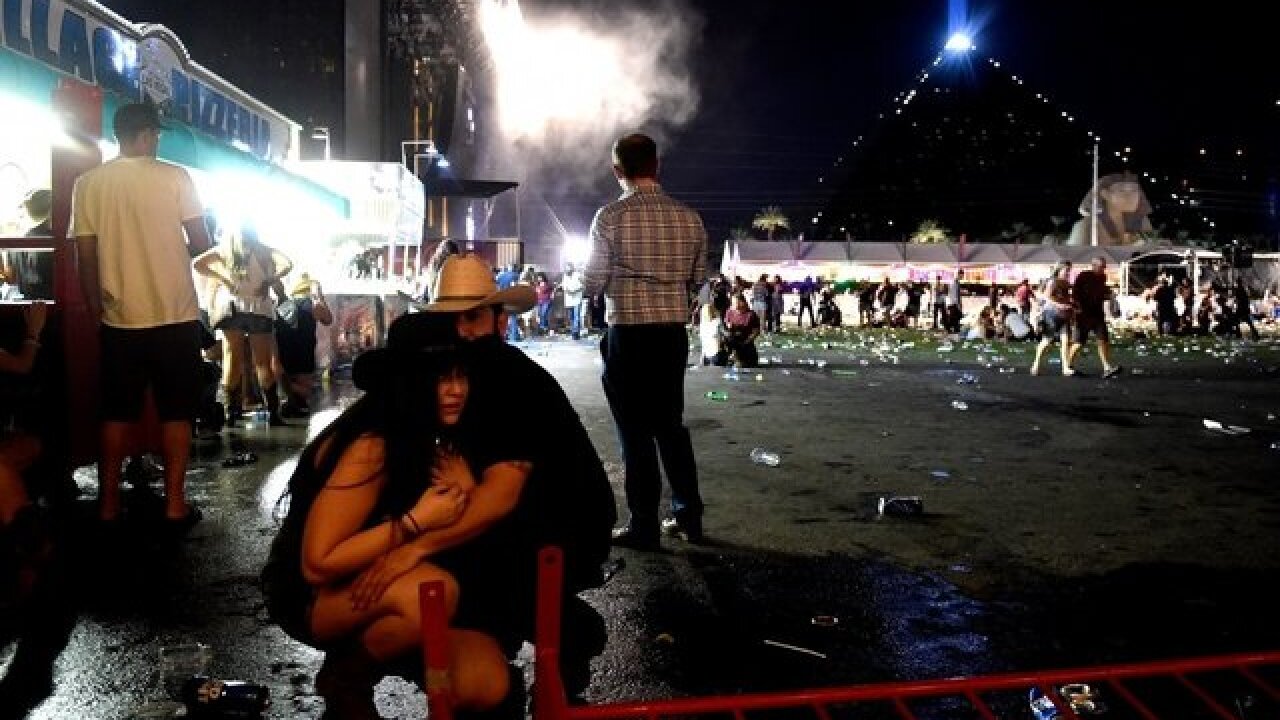 Newly released body-camera footage shows rifle-carrying Las Vegas police directing panicked people as they flee an outdoor concert where a gunman killed 58 people and injured hundreds of others nearly a year ago.

The 20 police video clips made public Wednesday under a court order also include scenes from the debris-strewn scene of the Route 91 Harvest Festival.

It was the 18th release of police records related to the deadliest mass shooting in modern U.S. history.

A police spokeswoman says the release of material compiled during the investigation of the attack could last into November.

Clark County Sheriff Joe Lombardo has said the investigation ended without finding the gunman's motive. A final FBI report is expected by the end of the year.

Investigators say Stephen Paddock was the shooter and the attack from the Mandalay Bay hotel did not involve a conspiracy or terrorism.