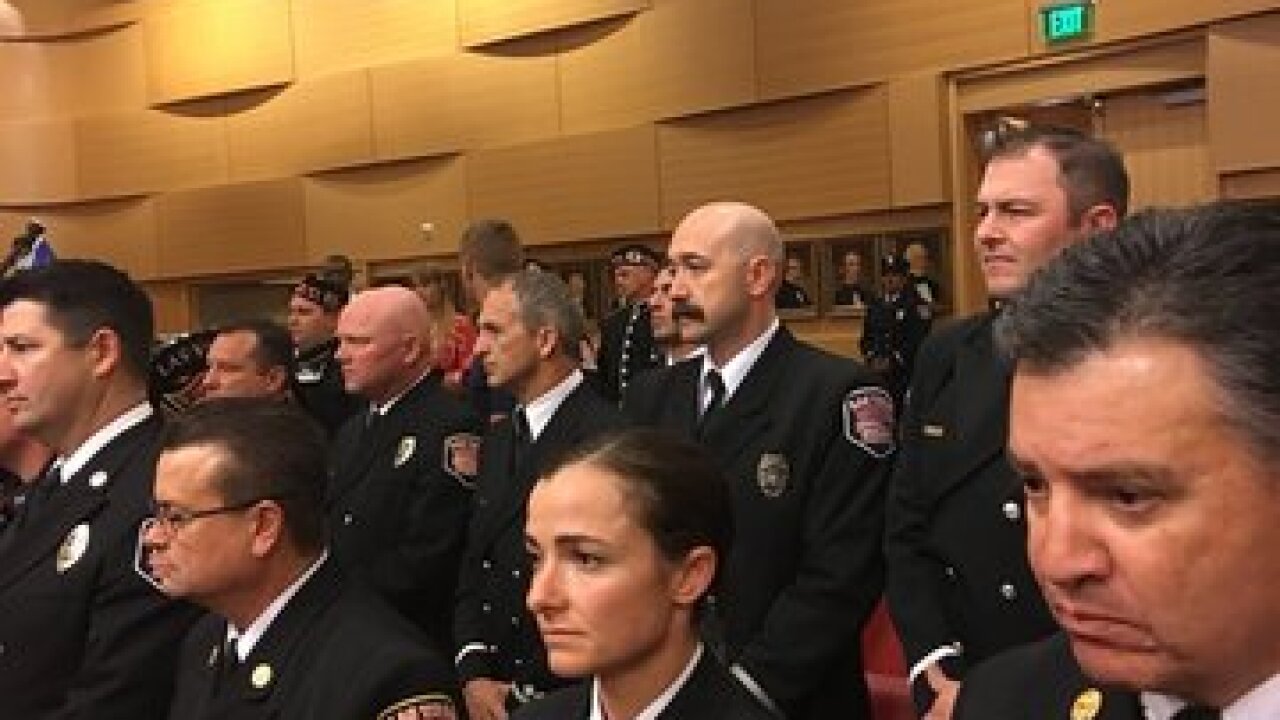 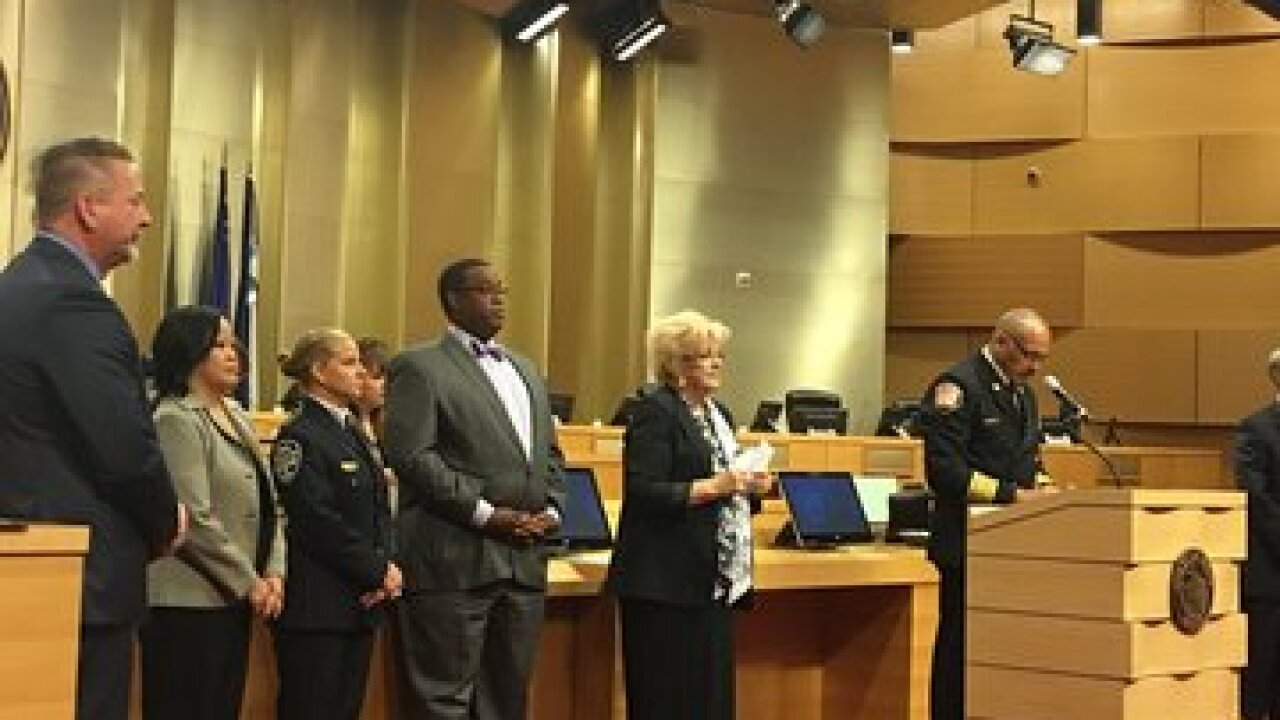 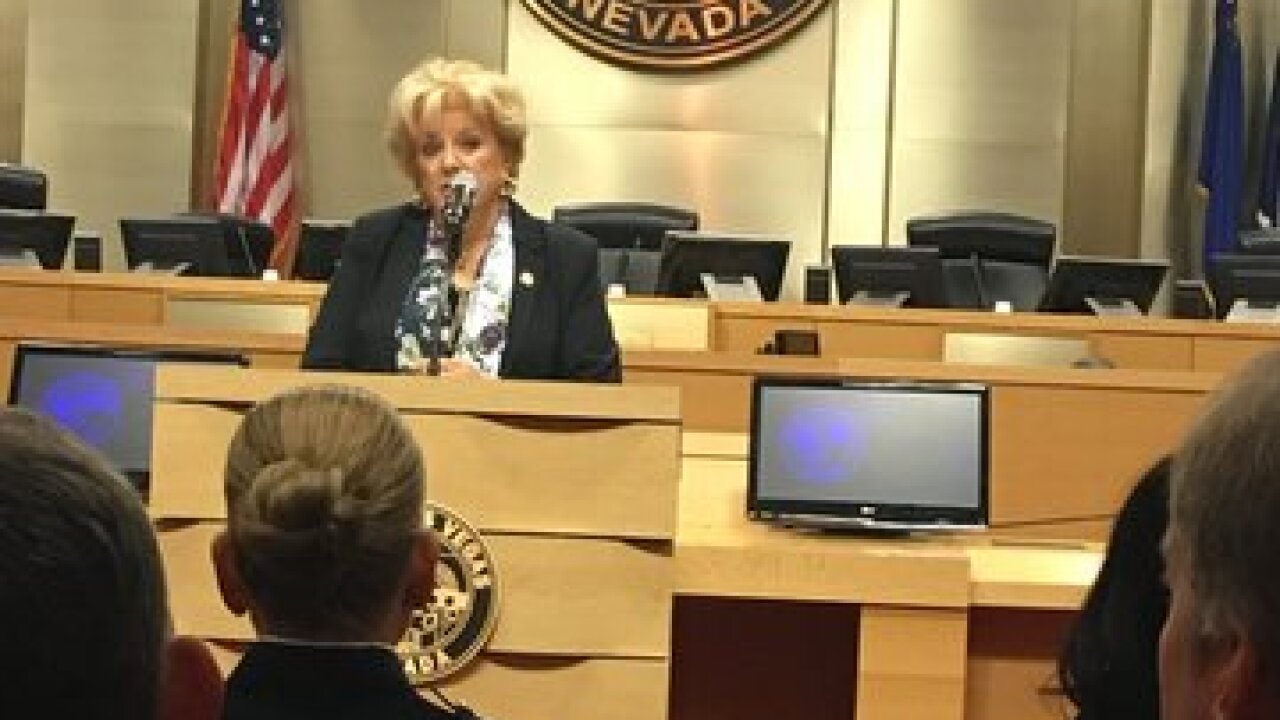 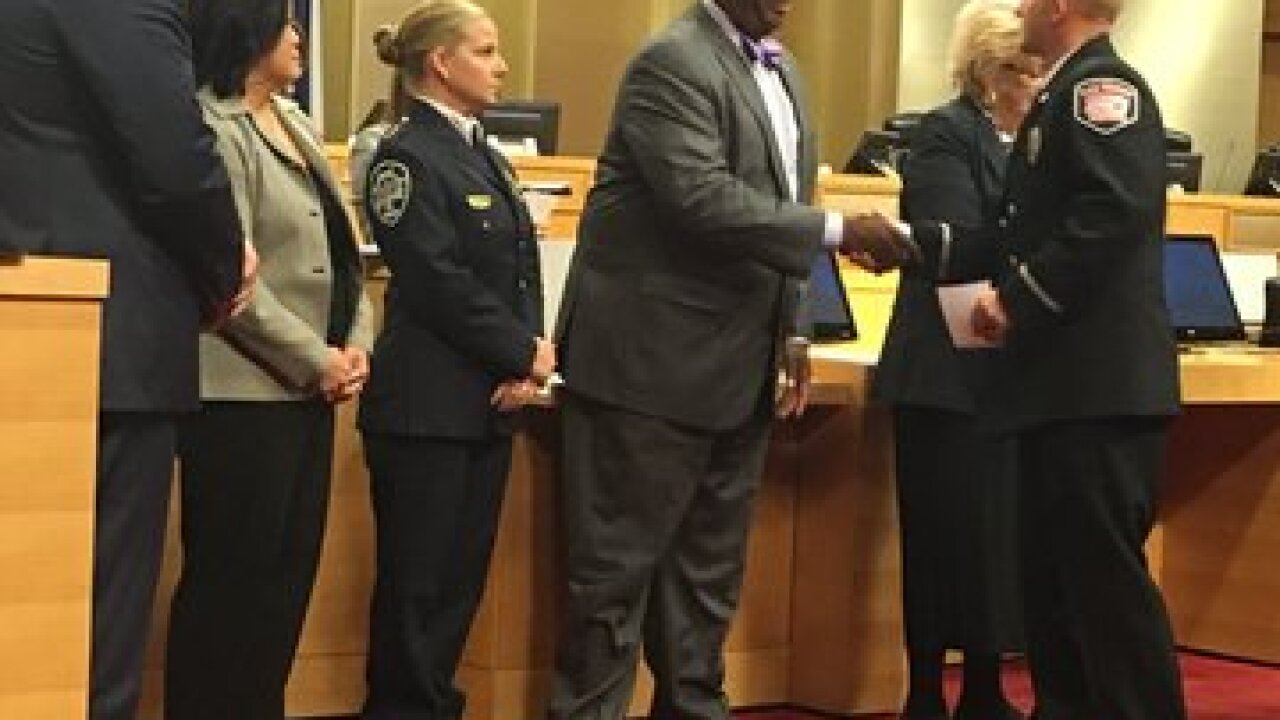 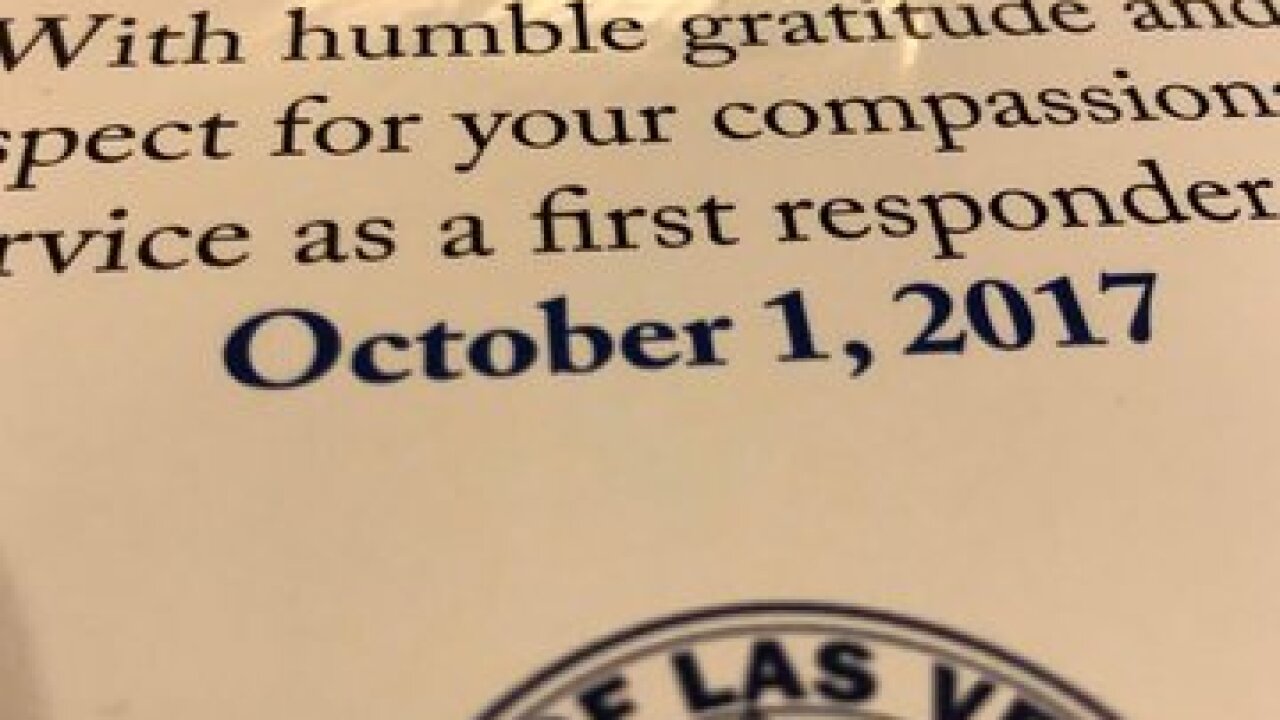 Today we’re honoring our public safety personnel who helped during the events of Oct. 1 ❤️ pic.twitter.com/04Y269G4aU

"We remember and we think and we know the power of every one of you who have done so much for so many others,” Mayor Carolyn Goodman said.

Staff from Las Vegas Fire & Rescue and court marshals were among those recognized. They received a special gold bar pin for their service, which says 1 Oct and features the city seal, as well as a black flag with a yellow stripe.