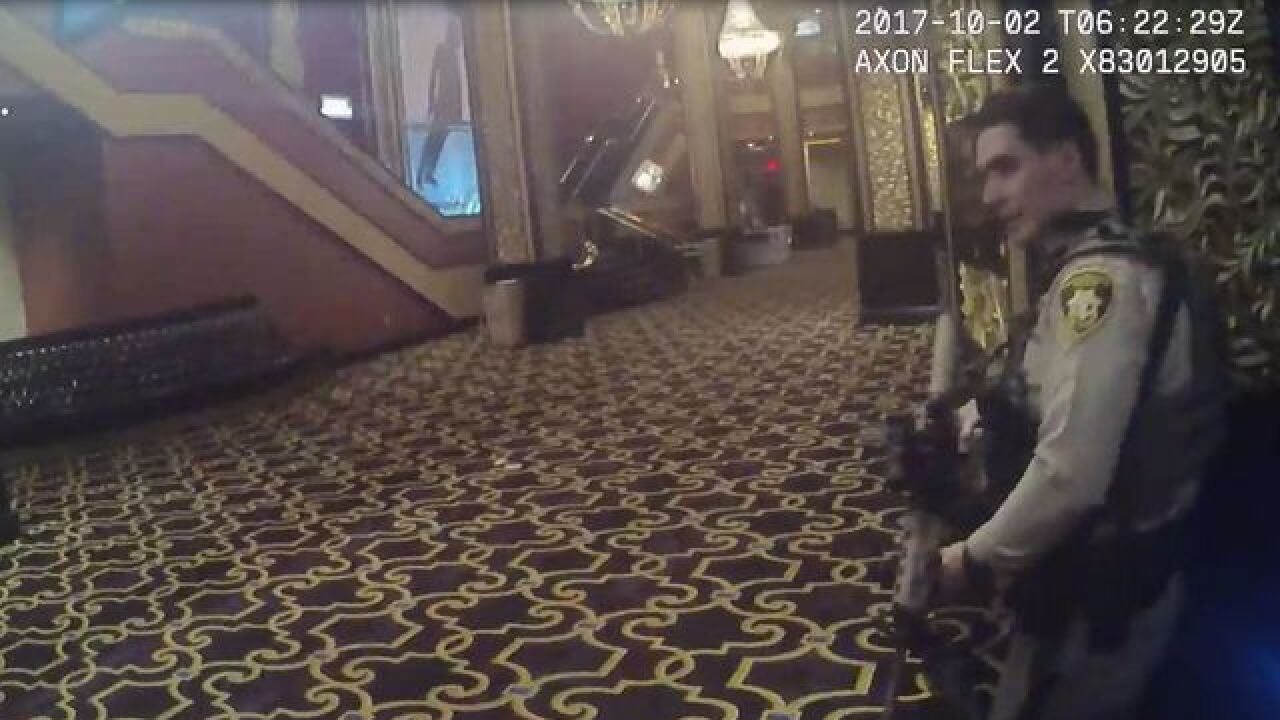 The latest on the release by police of additional public records collected in the investigation of a mass shooting that killed 58 people last Oct. 1 on the Las Vegas Strip (all times local):

Police body-worn cameras show officers searching for shooters inside and outside a Las Vegas Strip hotel where a gunman firing from upper-floor windows killed 58 people and injured hundreds in a concert crowd below.

Eight more video recordings from the deadliest mass shooting in the nation's modern history were released Wednesday by Las Vegas police under a court order in a public records lawsuit by media including The Associated Press.

They do not shed new light on a motive.

Police and the FBI have said gunman Stephen Paddock acted alone to amass an arsenal of assault-style weapons that he fired from the Mandalay Bay resort
suite into the Route 91 Harvest Festival concert crowd before then killing himself.
--------
11 p.m.

Police in Las Vegas are scheduled to release more records from the mass shooting at a country music festival last year.

The records from the deadliest mass shooting in modern U.S. history will be made public Wednesday.

Under court order, police have previously released hundreds of records, including video from cameras worn by officers, witness accounts, 911 calls and police radio traffic from the aftermath of the Oct. 1 shooting on the Las Vegas Strip.

The records have shown the chaos, pain and acts of heroism that followed the shooting.

Authorities have said they have not determined a motive. They have said gunman Stephen Paddock acted alone in shooting from his Mandalay Bay casino-resort suite into the crowd below, killing 58 people and injuring hundreds. Paddock then killed himself.