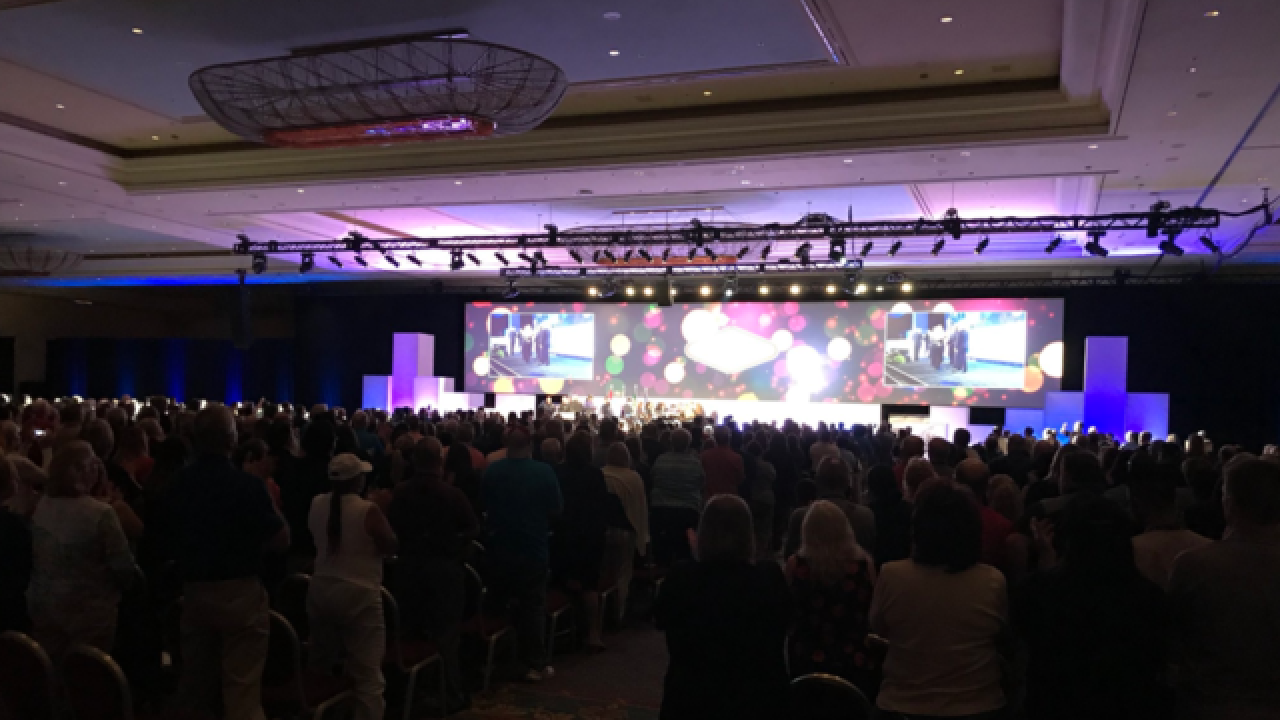 Copyright 2018 Scripps Media, Inc. All rights reserved. This material may not be published, broadcast, rewritten, or redistributed.
Parker Collins/KTNV 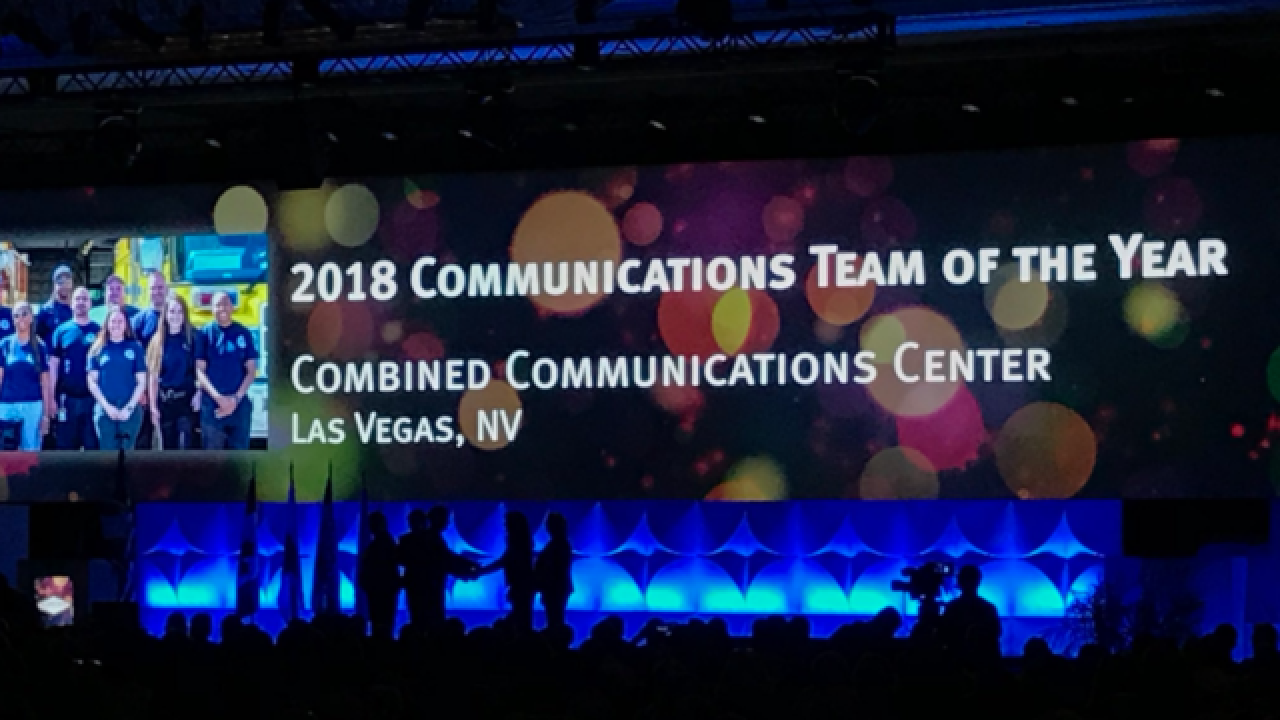 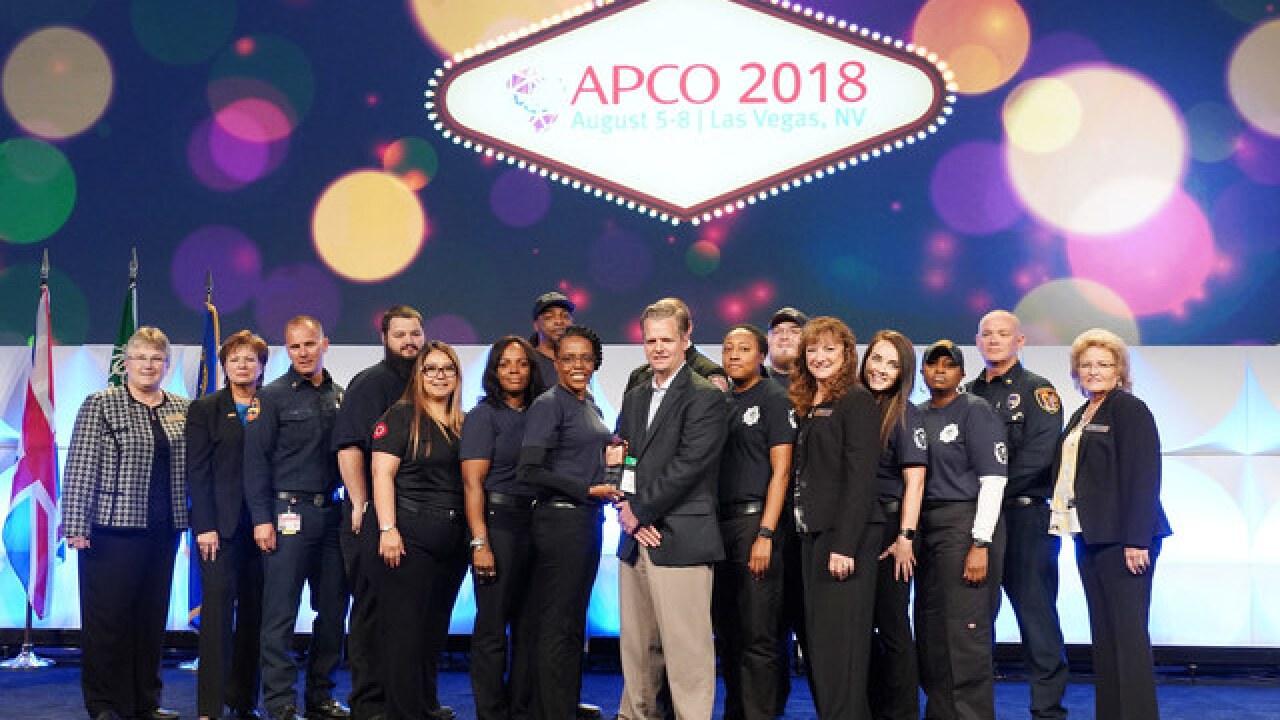 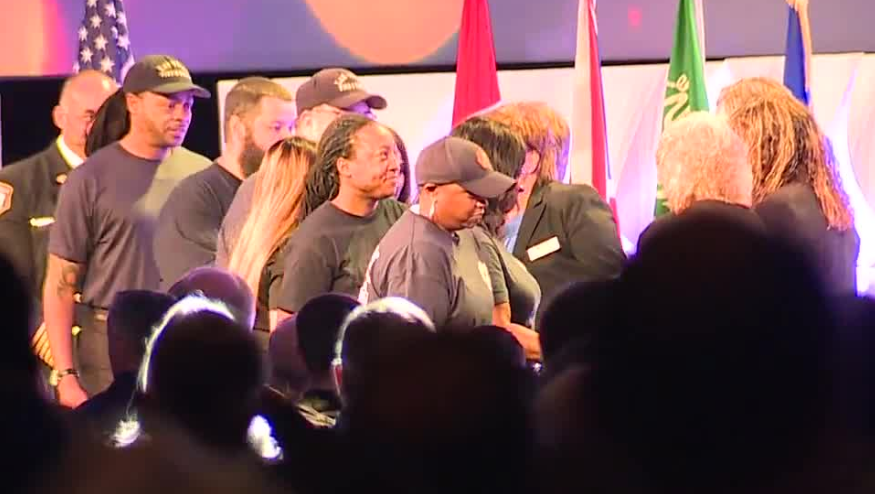 The 911 dispatchers who worked during 1 October got a standing ovation Monday as they got a big award in front of hundreds of their peers.

Las Vegas dispatchers just got an award and a standing ovation for their 1 October response. @KTNV pic.twitter.com/A6pYcuQzai

These are the men and women who fielded hundreds of calls for help seconds after the mass shooting. After that day they say they are forever changed.

"The group that worked that night like we have a different bond. I feel like we all know each other better. We all became very close that night," said Jordan Fox, a communications specialist.