The day began with sunrise ceremony 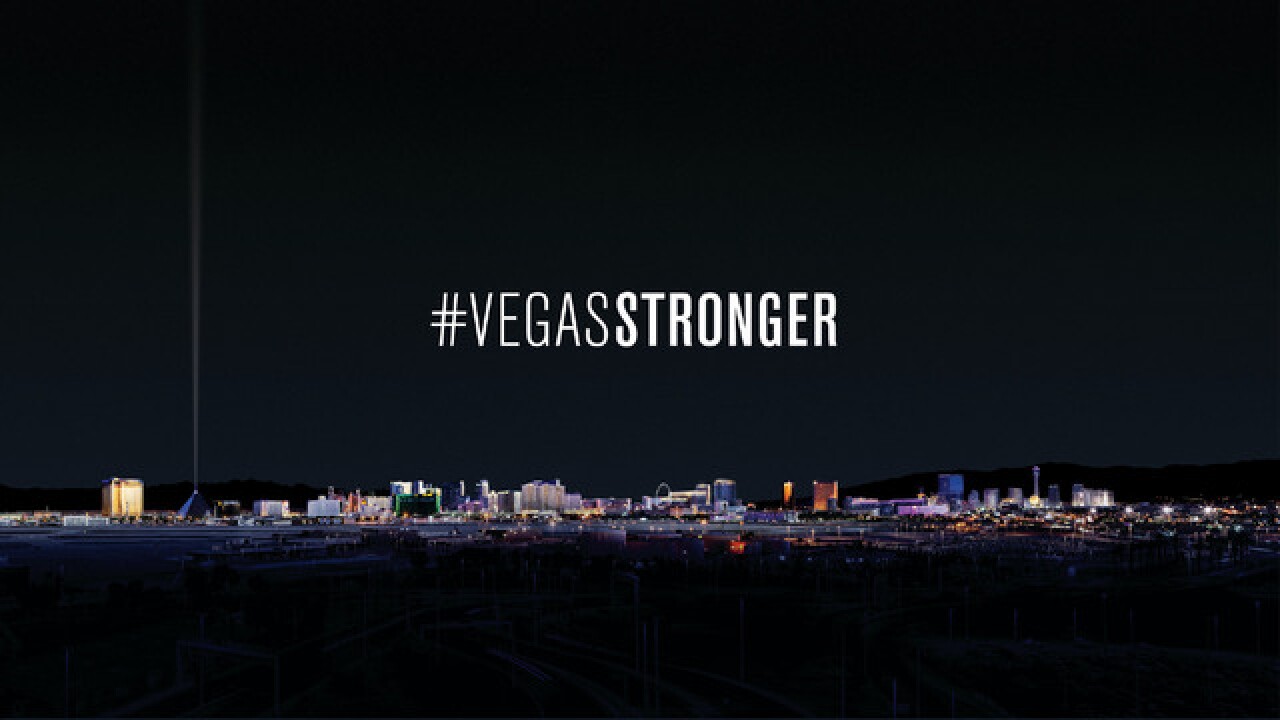 Monday marks one year since the worst mass shooting in modern history on the Las Vegas Strip.

58 people were killed and several hundred more were injured during the Route 91 Harvest festival on Oct. 1, 2017.

After the shooting, the Las Vegas community banded together to support those who were affected that terrible night.

Immediately, thousands of people stood in line for hours at various locations around town to donate blood.

Events were quickly organized to raise funds for the victims and their families and fundraising campaigns were launched.

Various news organizations around the world sent journalists to Las Vegas and published hundreds of articles about the mass shooting.

The hashtag #VegasStrong was born. Since then, that hashtag has become #VegasStronger and that will be the theme throughout the day for the entire city.

READ ALL OF THE VEGAS STRONG STORIES

The day of remembrance on Monday began with an official sunrise ceremony at 6:30 a.m.

It will be followed by various events throughout the day including a prayer on the steps of city hall, multiple services at Las Vegas churches, candlelight vigils at local colleges, and a car club ride down the Las Vegas Strip.

In addition, there will be an official dedication of the remembrance wall at 6:30 p.m. at the Las Vegas Healing Garden in downtown Las Vegas. 13 Action News will be there and will be broadcasting live from the garden.

And on Monday night, the iconic marquee lights on the Las Vegas Strip will go dark at 10:01 p.m. Those same marquees began display a message honoring the city's strength, unity and resiliency late Sunday night.

The day will officially conclude with a reading of the names at the Las Vegas Healing Garden at 10:05 p.m.