2 officers were struck, along with two bystanders 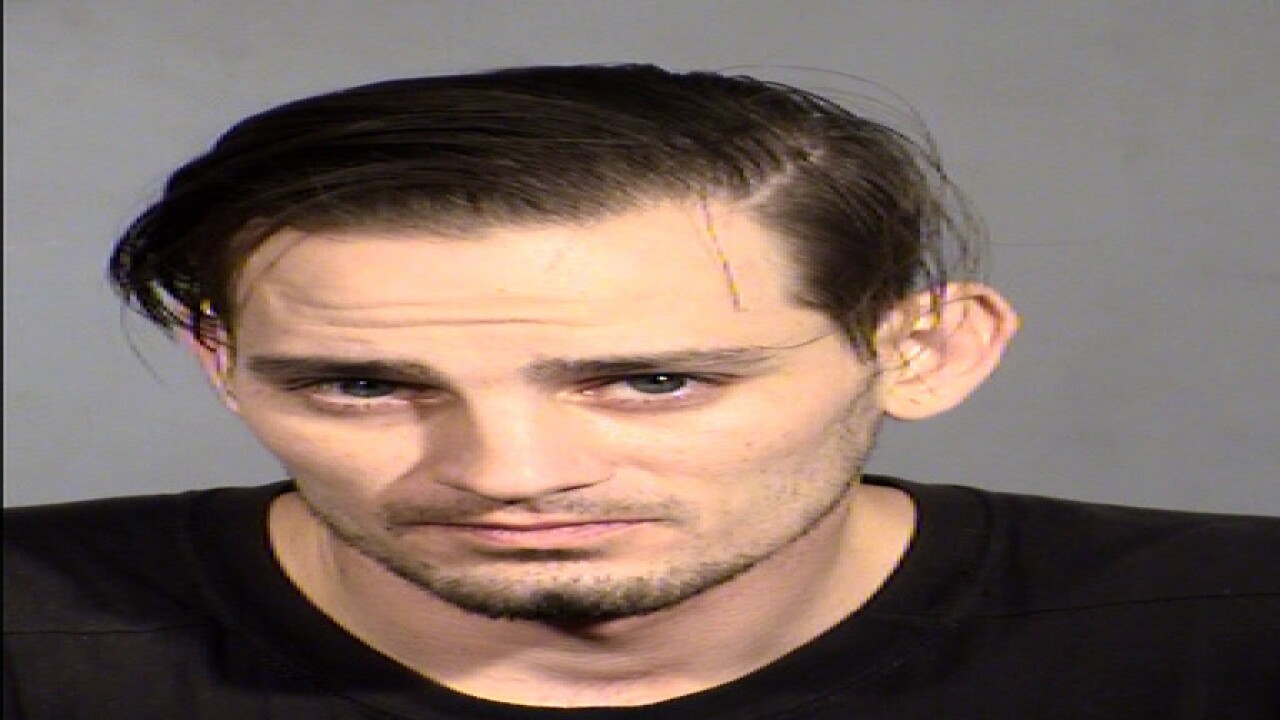 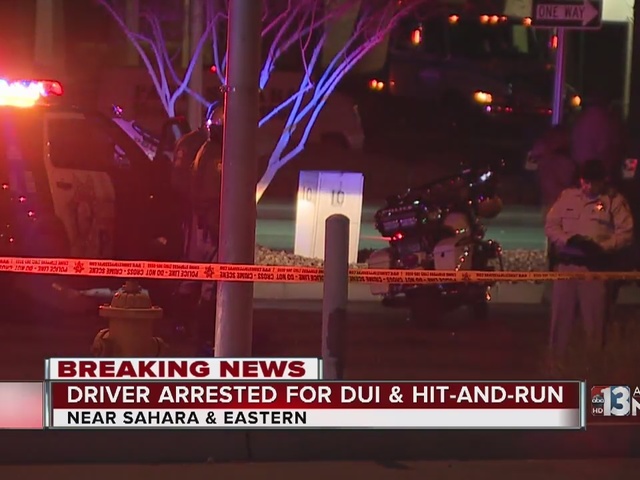 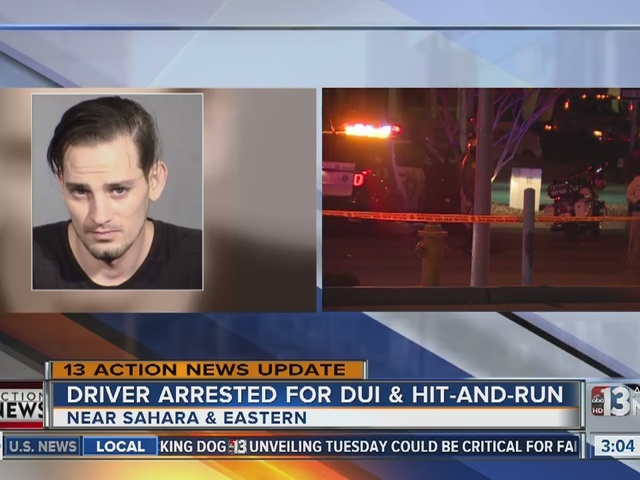 UPDATE: The driver has been identified as Joseph Brunetti. He's being charged with 3 counts of DUI above the legal limit with substantial body hard and 3 counts of duty to stop at scene of an accident.

The crash was reported around 7 p.m. near Sahara and Burnham avenues.

According to police, 2 officers were on the side of the road with two other people on an unrelated crash when a car rear-ended a patrol vehicle. The police vehicle was then knocked into all four people involved and resulted in the male officer's foot being hit.

A female officer was knocked to the ground but not seriously hurt. The two other people involved had minor injuries.

The male officer went to the hospital with non-life threatening injuries.

The driver then fled. He and his vehicle were found at his residence. The driver was arrested on charges of driving under the influence and hit-and-run.