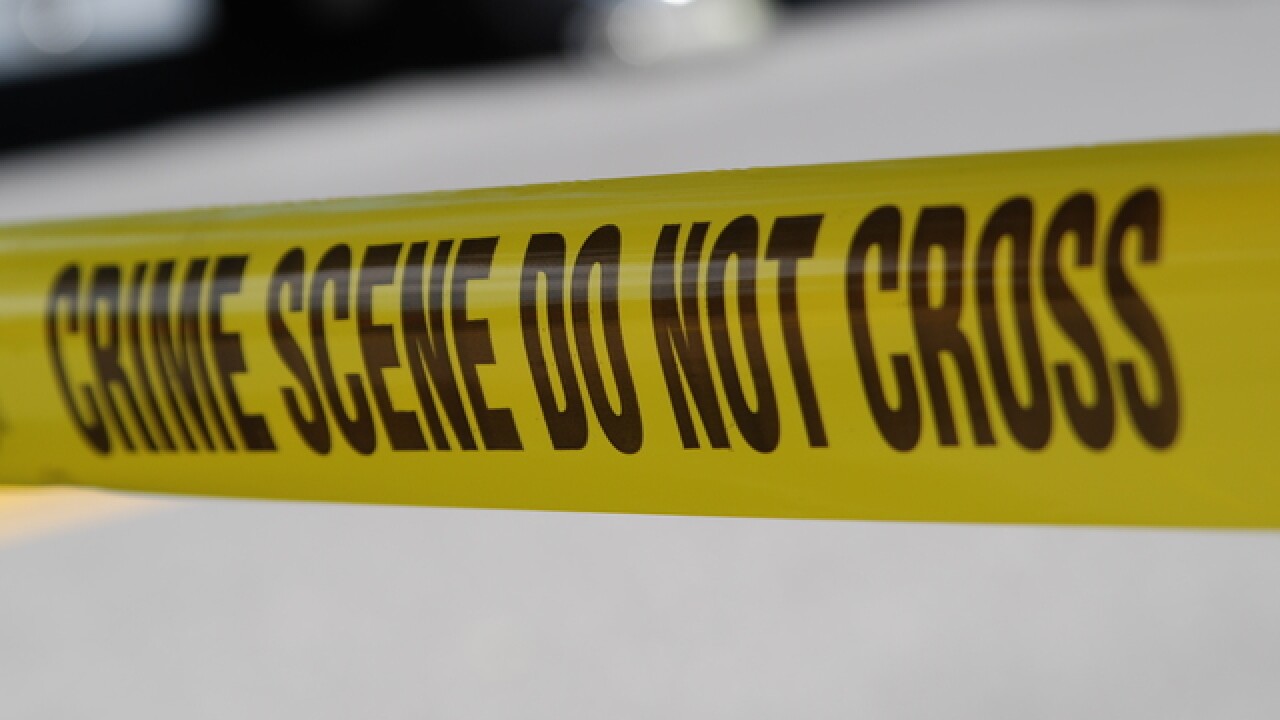 UPDATE AT 6:05 P.M. NOV. 7: A neighbor who knew the suspect for decades, Andrew Holguin, said he had a history of mental illness and making threats against the homicide victims as well as his own family.

Holguin says the suspect's mother had called police on at least one previous occasion.

UPDATE AT 10:30 A.M. NOV. 7: Police have released more details about what happened during a shooting involving the police department on Monday night.

The SWAT Section was called out to serve a search warrant after a suspect for the double homicide on Monday afternoon was identified.

SWAT followed standard protocol of attempting to establish contact with the suspect and have him exit the home. After several failed attempts at establishing contact with anyone inside the residence, SWAT officers made entry into the home.

As SWAT officers cleared the upstairs portion of the residence, they came upon a locked bedroom door. The K9 unit was deployed into the room. The K9 handler and SWAT officers made entry into the room and found a male suspect actively engaged in a fight with the police dog. Officers were able to see that the male suspect was armed with a firearm. When the suspect pointed the weapon in their direction, two officers fired at the suspect and he was struck twice. Officers rendered aid and had the suspect immediately transported to UMC Trauma where he was pronounced deceased.

This is the 20th shooting this year involving Las Vegas police officers. The officers have been placed on routine administrative leave per department policy.

UPDATE AT 5 A.M. NOV. 7: Police shot and killed the man who they believe is responsible for a double homicide on Monday night.

Officers were serving a search warrant at approximately 11:17 p.m. Monday in the 7400 block of Newcrest Circle when they encountered an armed man.

The man was shot during the encounter. Police have not indicated that any police officers were injured.

The double homicide occurred earlier in the day.

The Clark County coroner will identify the man after relatives have been notified.

UPDATE 11:30 p.m. NOV. 6: Investigators say they still have not identified the suspect in the double homicide.

As of 11:30 p.m. officers remained on scene and paramedics were on standby as investigators continued gathering evidence at the scene.

Detectives said as of 9 p.m. they hadn't determined a motive or how the two men were killed.

PREVIOUS STORY: Las Vegas police are responding to a call they received around 1:53 p.m. of a man down in the front yard of a home located on the 7300 block of Newcrest Circle, near Flamingo Road and Tenaya Way.

Responding officers then found what appeared to be another deceased male inside of the home. Homicide detectives are on their way to the scene.

The lockdown has now been lifted at all schools.

Charlcie  Holguin, a woman who lives across the street from the victims, says she expects it will come out that this was an argument between neighbors that had a tragic conclusion.

"In the last few days we've heard loud arguments really early in the morning and went out to check to see what was going on," Holguin said. "We didn't see anyone except for garage doors open."