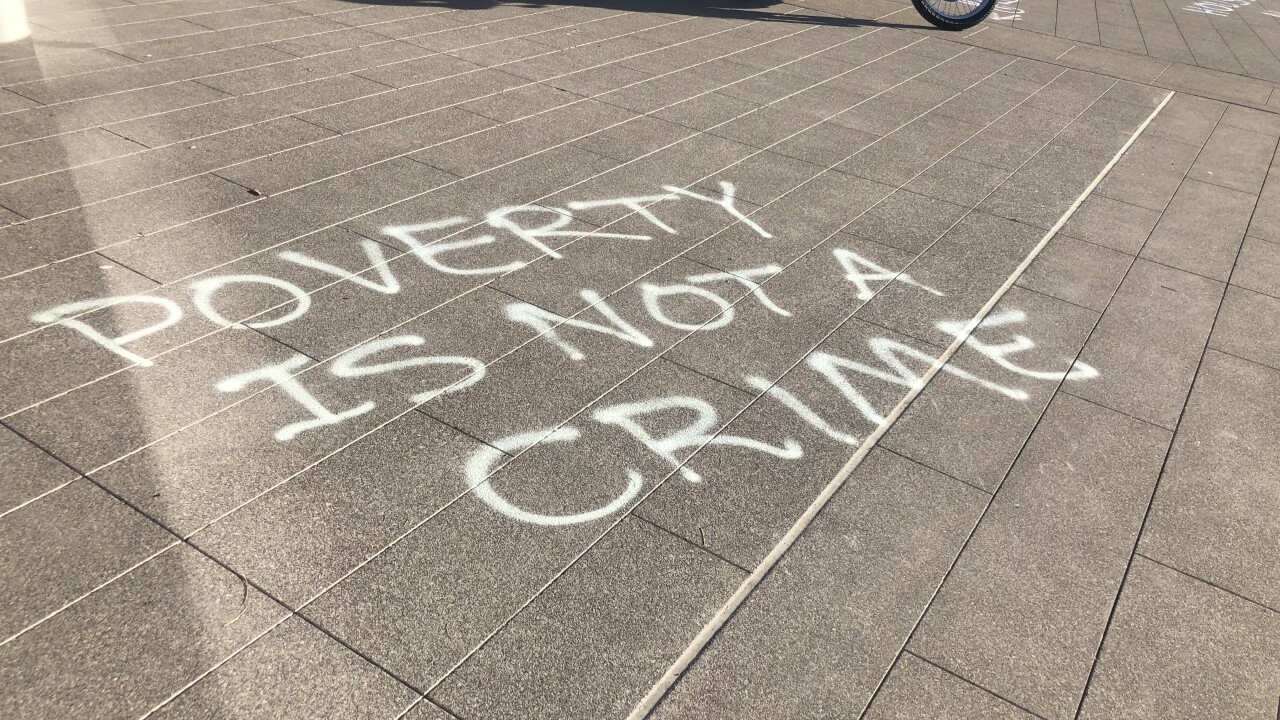 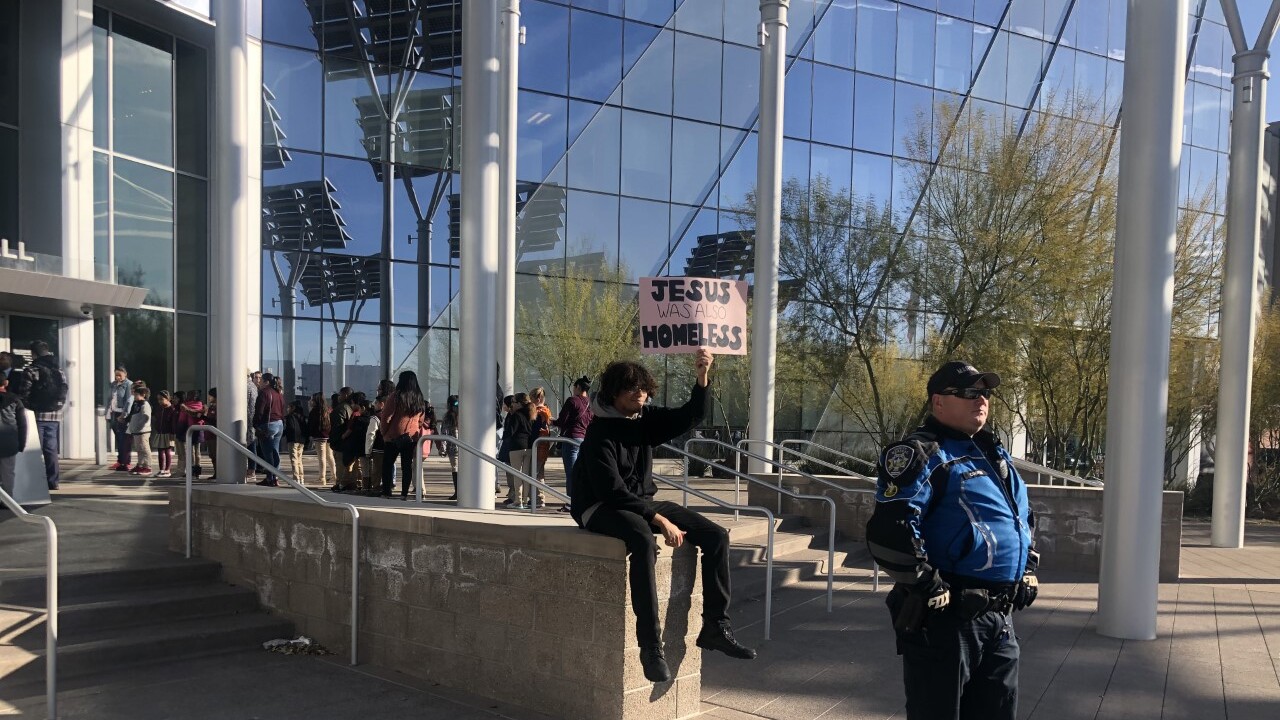 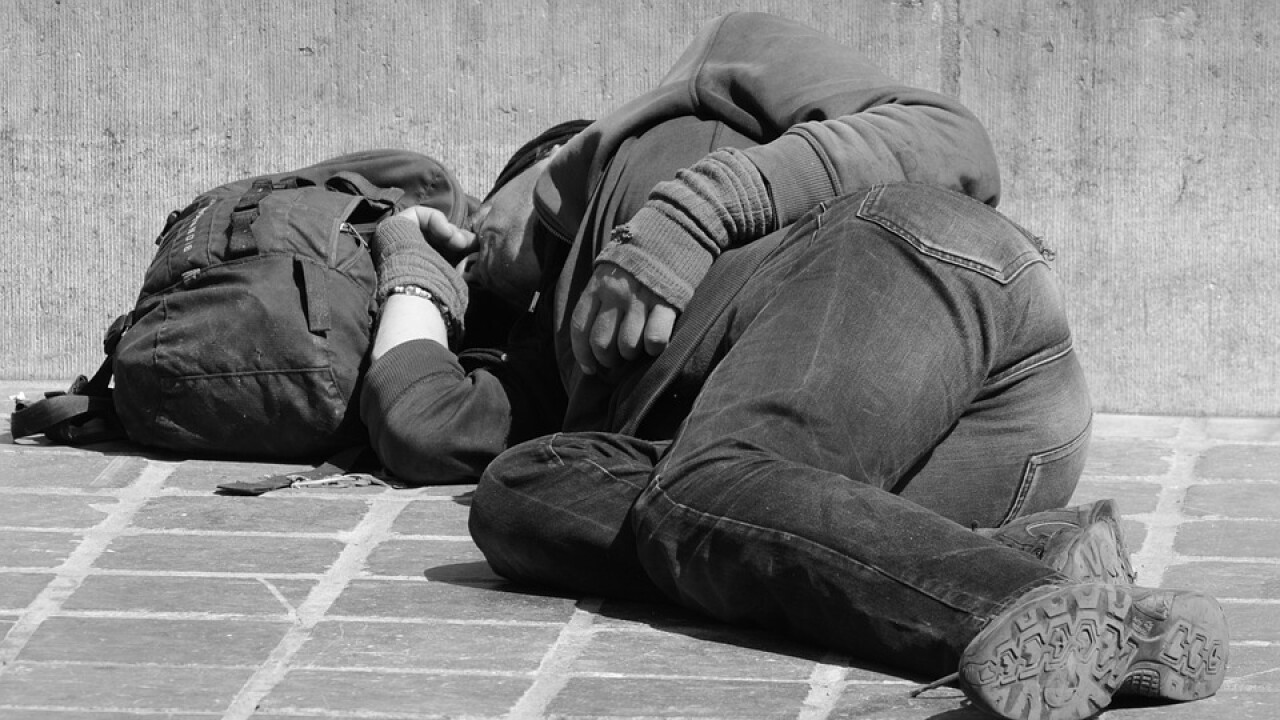 LAS VEGAS (KTNV) — Las Vegas City Council passed an ordinance on Wednesday that will make it a misdemeanor to sit or camp out on public sidewalks during designated cleaning times.

Anyone caught doing so could face a $1,000 fine, six months in jail or some combination of the two.

The legislation, Bill No. 2019-44 sponsored by Mayor Carolyn G. Goodman, says in part:

During such designated and noticed hours of cleaning, no person shall sit, lie, sleep, camp or otherwise obstruct the cleaning of the designated public sidewalks by the Department of Operations and Maintenance.

You can read the full document here.

Protesters were present outside City Hall as the council passed the measure in a 5-2 vote. A man held a sign that read "Jesus was homeless" and someone painted "poverty is not a crime" on the ground.

After the vote, as the council attempted to move to the next item on the agenda, protesters disrupted the reading of the next bill by loudly chanting, "Houses not handcuffs!"

During the meeting Mayor Goodman told the crowd, "On every aspect of this we are absolutely about helping the homeless."

The ACLU of Nevada responded to the decision with the following statement from Executive Director Tod Story:

Las Vegas City officials cannot declare their 'good intentions' when they continue passing policies that hurt our most marginalized communities.

We’re going to keep fighting against laws that criminalize homelessness and for evidence-based policies and best practices. It’s time for every Nevadan who believes that people struggling with homelessness need housing, rather than jail time, to speak up and join our coalition.

Wednesday's decision comes after the city passed a controversial ordinance back in November making it illegal to camp or sleep on sidewalks if there is space at a homeless shelter in the valley.

That ordinance gained national attention, with the opposition saying it criminalizes homelessness.

"Criminalizing homeless is not what we're doing; we're making sure people are getting the help we need," Mayor Pro Tem Michele Fiore previously said during an appearance on Fox News after it passed.

The city says new ordinance goes into effect on Sunday.