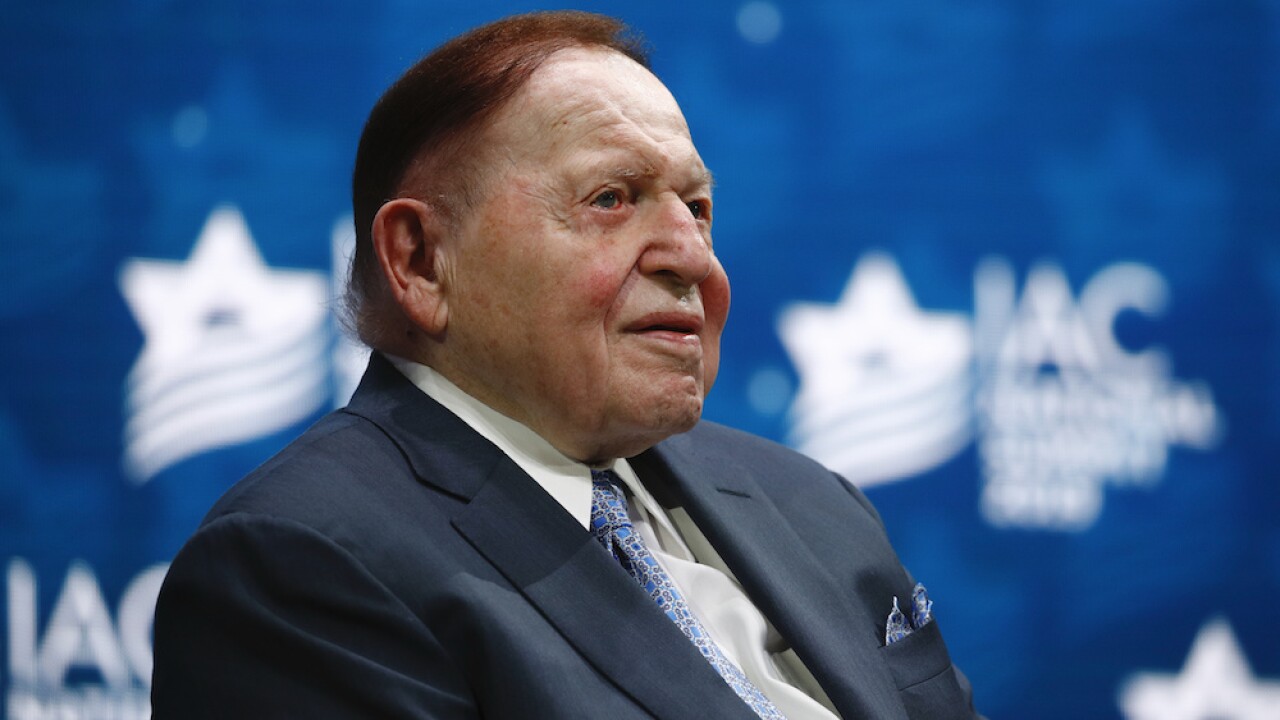 Patrick Semansky/AP
FILE - In this Dec. 7, 2019, file photo, Las Vegas Sands Corporation Chief Executive Sheldon Adelson sits onstage before President Donald Trump speaks at the Israeli American Council National Summit in Hollywood, Fla. Adelson and his wife have given $75 million to a new super PAC that is attacking Democratic nominee Joe Biden, an investment made amid GOP concern that President Donald Trump's campaign is flailing and might not be able to correct course. (AP Photo/Patrick Semansky, File)

But others see a legacy tinged with controversy and touched by deadly conflict. Adelson, who died this week at 87, was a prolific donor to causes that aligned with his hawkish vision of the Israeli-Palestinian conflict.

He had a robust alliance with Israeli Prime Minister Benjamin Netanyahu, and he had spent millions of dollars supporting President Donald Trump's election campaigns.

Netanyahu called Adelson "an incredible champion of the Jewish people, the Jewish state and the alliance between Israel and America."