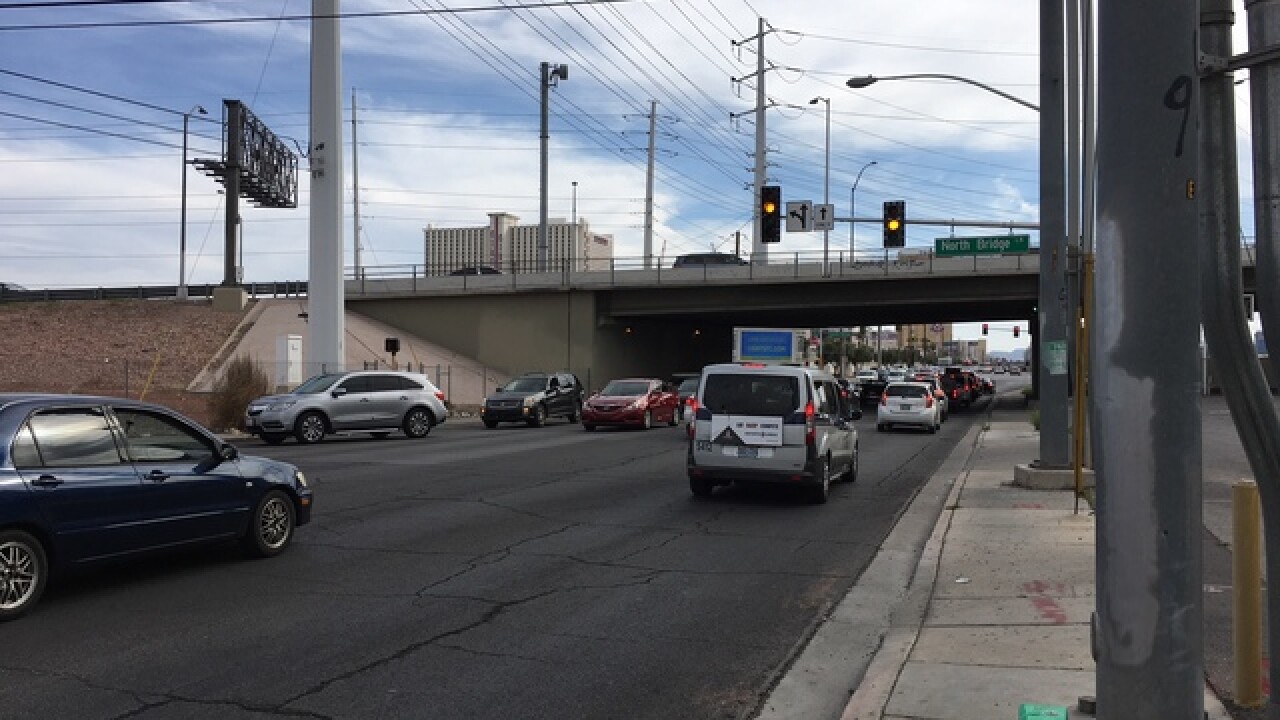 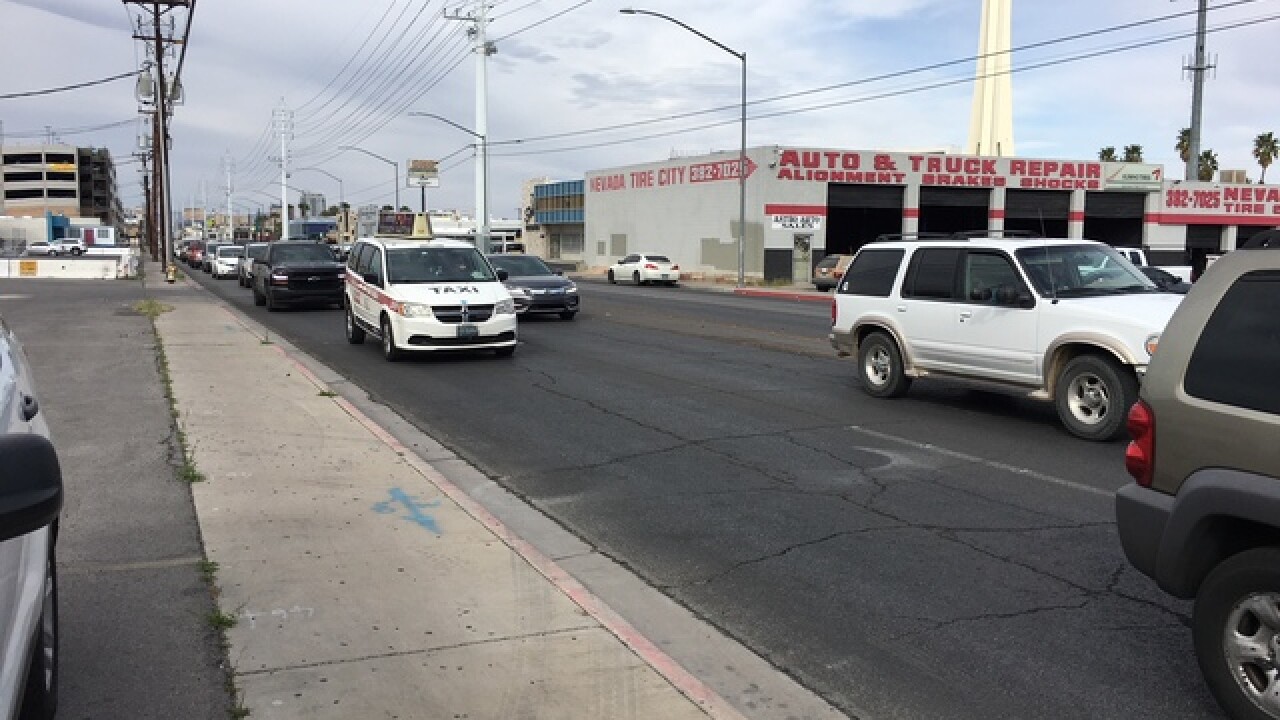 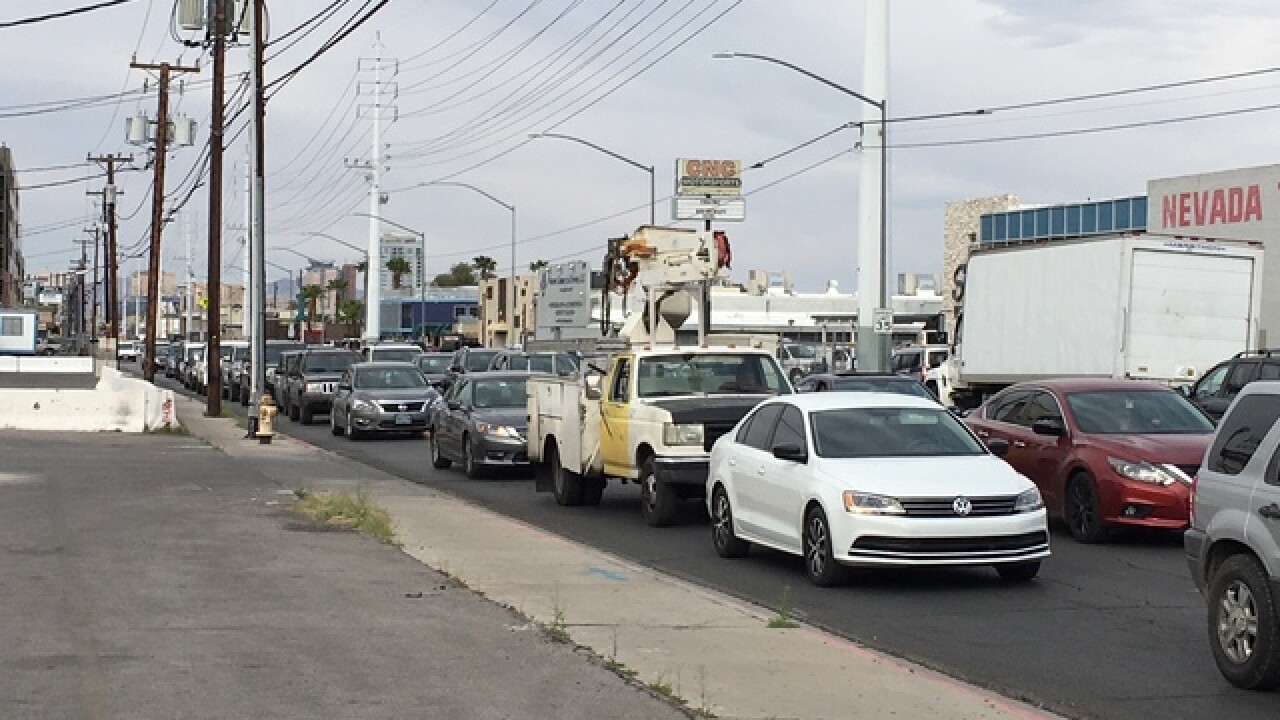 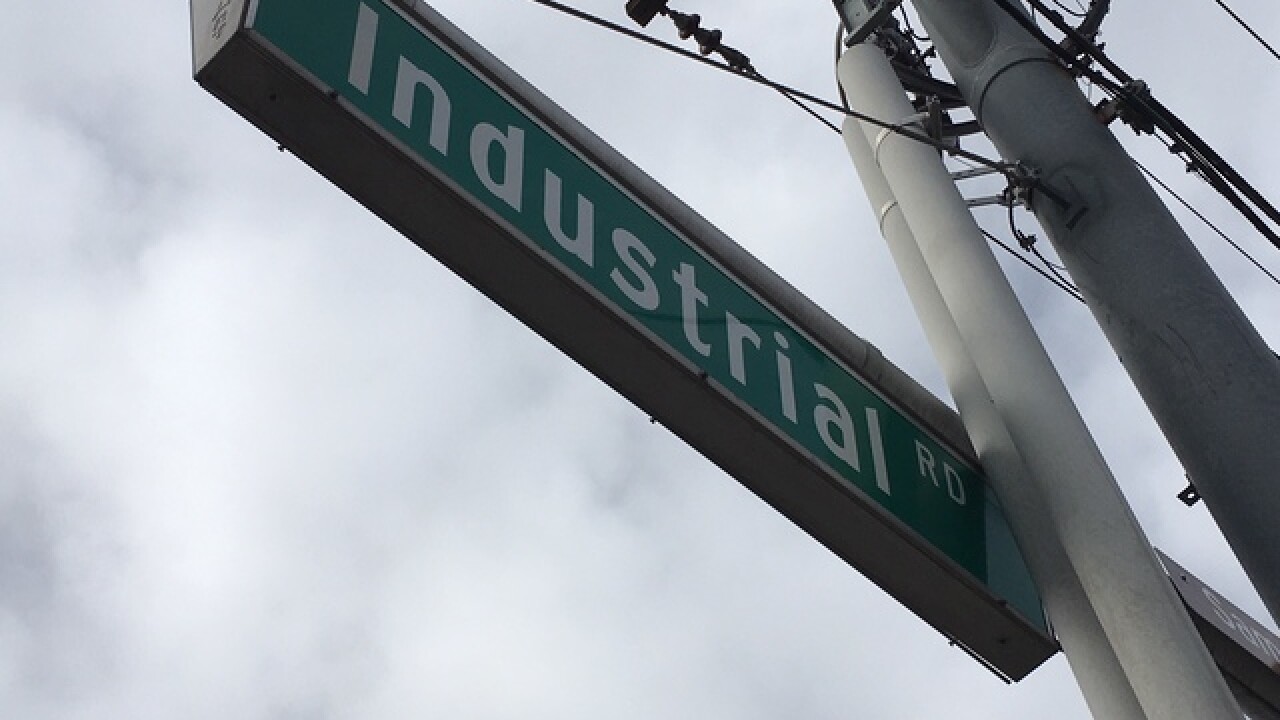 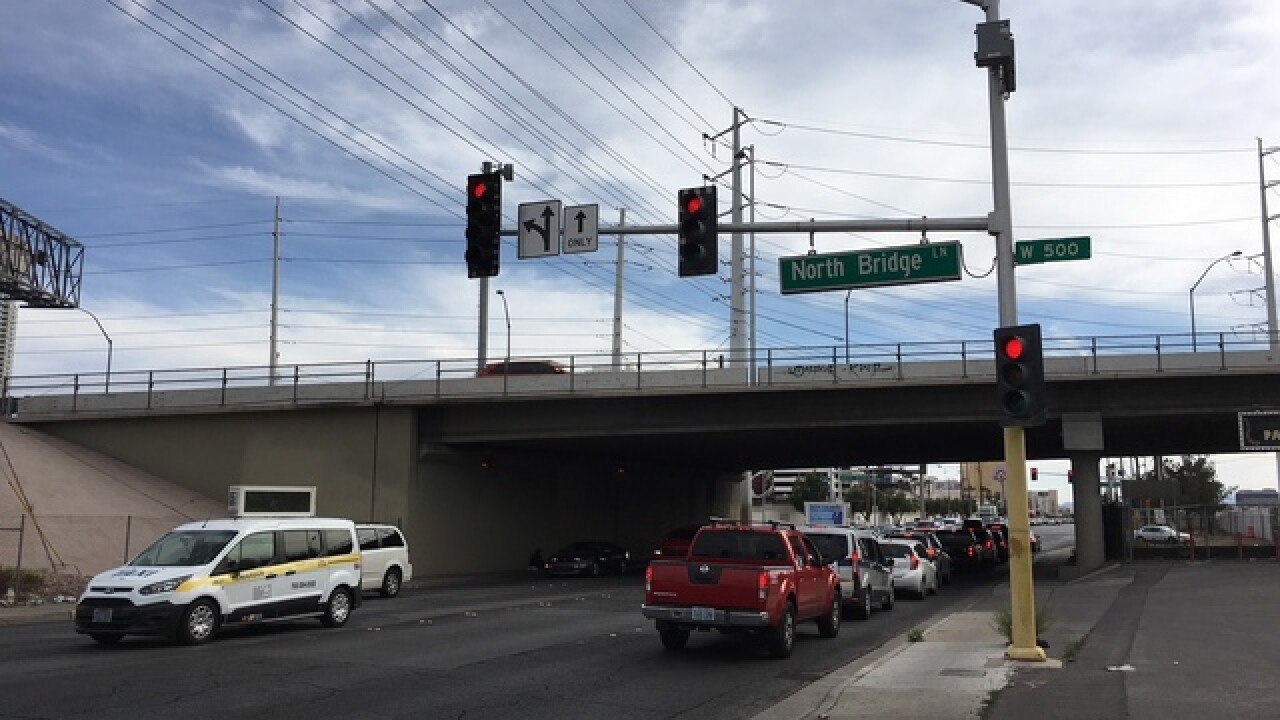 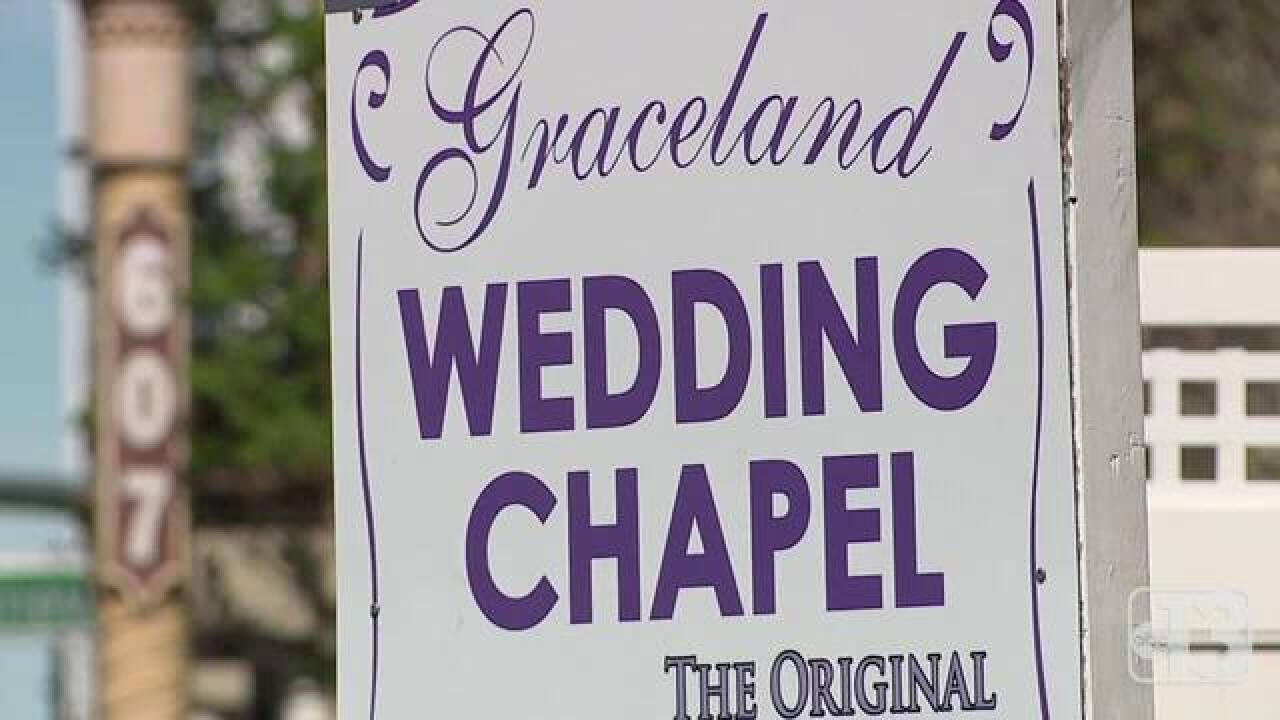 A Las Vegas wedding chapel limo driver says traffic is so bad because of a light timing issue near the strip it is making some couples late for their big day.

Steve Sarsfield has been driving for the Graceland Chapel for the past few years.

“It is the best job in the world because I just meet happy people all day long," said Sarsfield.

Sarsfield says his day involves taking soon-to-be newly weds from their hotels on the strip to the wedding chapel near Las Vegas Boulevard and Charleston. His route takes him along Industrial Road between Circus Circus Drive and Wyoming Avenue.

“We have a half an hour window to pick up from any hotel and get them back here," said Sarsfield. That light [at Sahara and Industrial] is adding 10 minutes to every ride," added Sarsfield.

Specifically, the southbound direction was changed from a permissive left turn to a protected left turn; however there are still only two lanes for southbound traffic.  Because of this, the Industrial/ North bridge intersection has to be set to split in the north and southbound phases.

The resulting change, Sarsfield says, is a traffic back up that stretches more than a mile in either direction on Industrial at the Sahara bridge.

“I've called the city and I called the department transportation and nothing seems to work," said Sarsfield.

Contact 13 reached out the Nevada Department of Transportation and a spokesperson says changing the light sequence and timing is not as simple as flipping a switch. Traffic flow and patterns are part of an ecosystem and minor changes can have larger, unintended consequences.

Traffic managers are working with the City of Las Vegas and expect to make "real-time" traffic adjustments as necessary to get traffic moving more smoothly in the area.