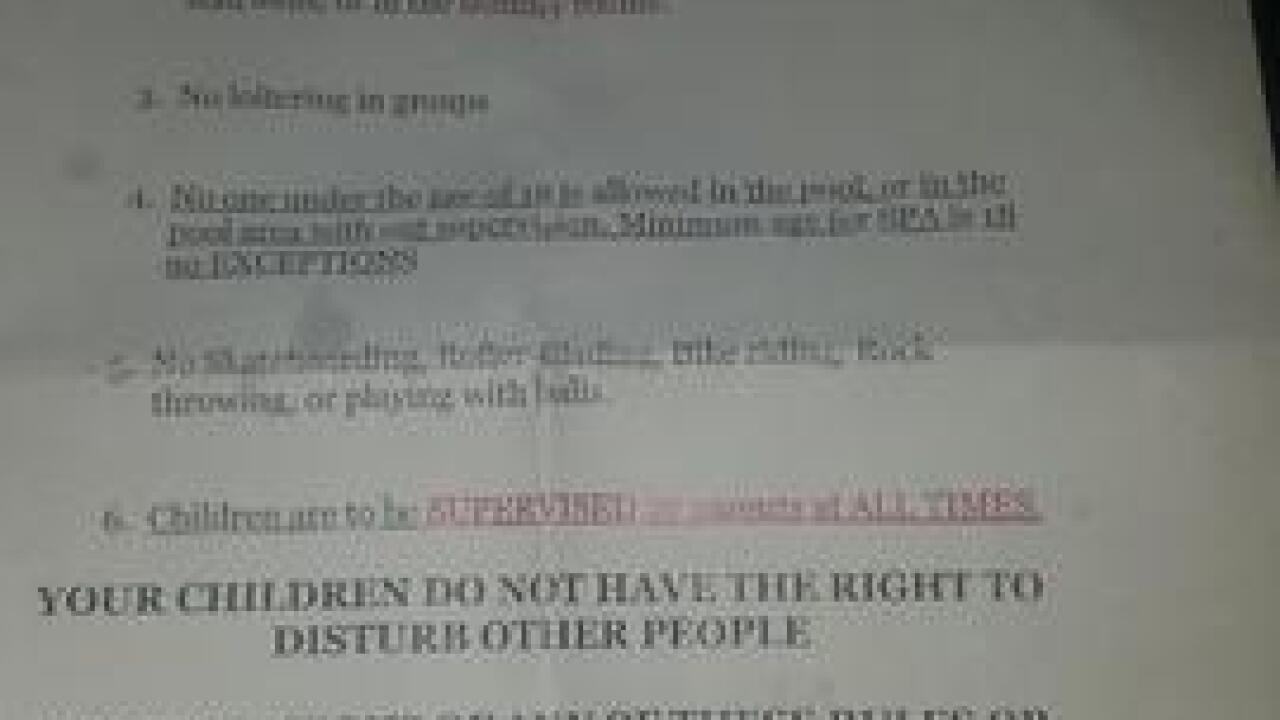 Copyright 2018 Scripps Media, Inc. All rights reserved. This material may not be published, broadcast, rewritten, or redistributed.
<p>Photo of rules provided by Julie Gordon</p> 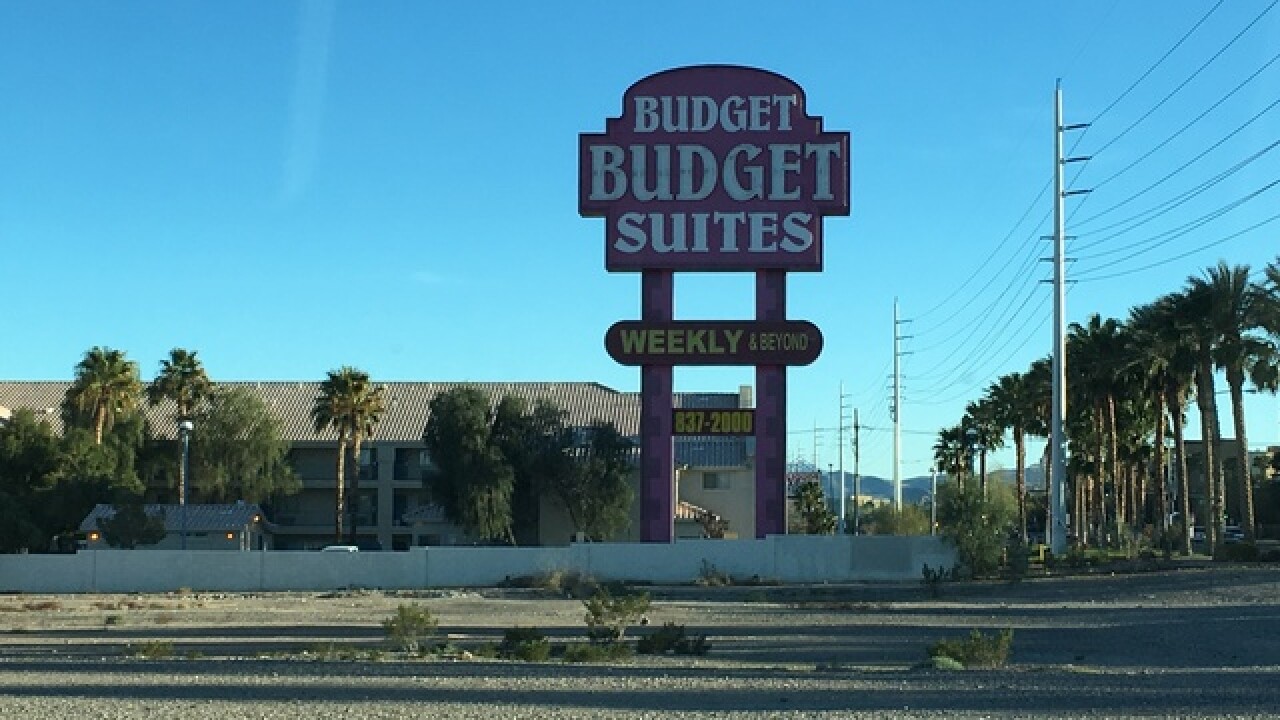 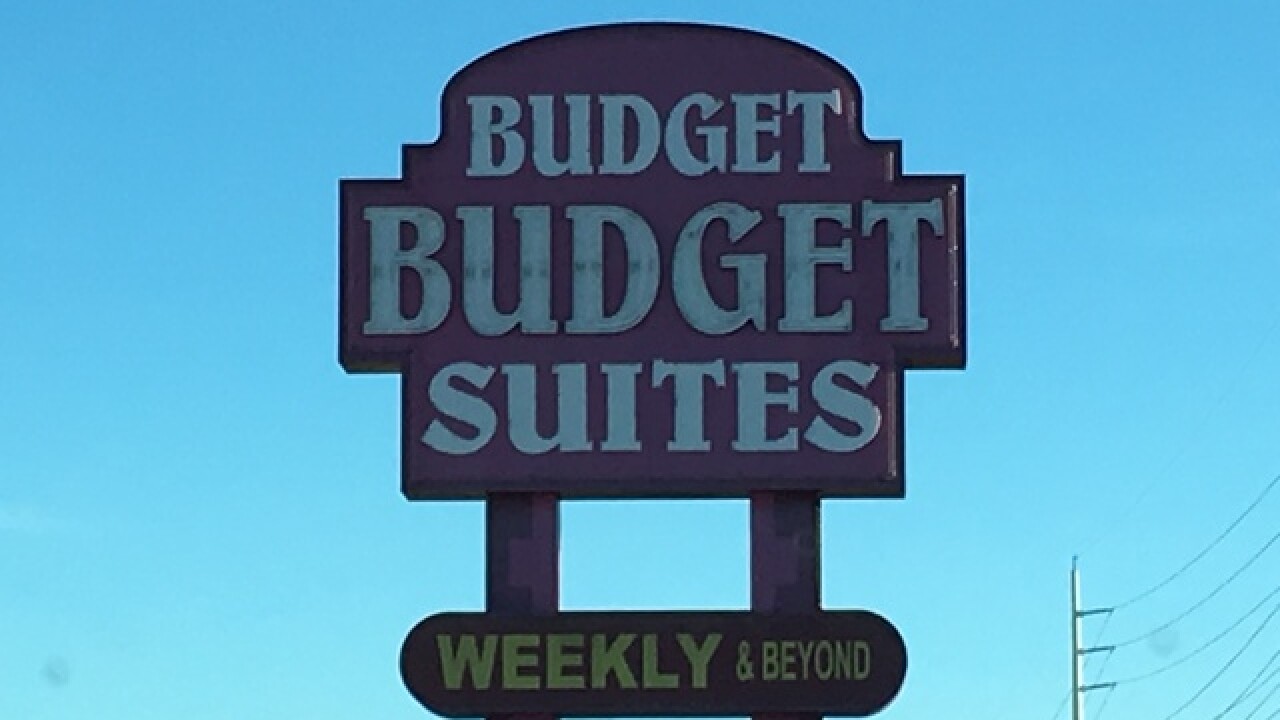 A Las Vegas mom says her extended-stay apartment is being unfair and may even fine parents over some new rules involving children.

Julie Gordon lives at the Budget Budget Suites near Wigwam and Las Vegas Boulevard with her family, including three children ages 10, 9 and 7. Gordon says the rules were handed out earlier in the year.

"I did not have a problem with [the rules] because my kids are always supervised, and I didn't feel as if it applied to me," said Gordon.

The sheet of paper she received from a security guard outlines six rules:

The paper goes on to say:

"YOUR CHILDREN DO NOT HAVE THE RIGHT TO DISTURB OTHER PEOPLE"

"ANY VIOLATIONS OF ANY OF THESE RULES OR REGULATIONS WILL BE SUBJECT TO FINES AND/OR A NO RE-RENT STATUS.

On Tuesday, Gordon says she was in her unit at the extended-stay apartment when security came with a written warning.

"Not only are you telling me my kids can't play outside, but now you're taking money for it? That's the issue I have with it," said Gordon.

The warning provided to Contact 13 shows management noted Gordon's children were "unruly" and "unsupervised," and warned additional violations would result in fines.

A claim Gordon denies adding she was watching her children through the open door of her apartment and on an electronic security camera.

Gordon questions the legality of the new rules, but Contact 13 has learned the complex may be within the letter of the law.

"As long as those rules apply to all the tenants and they are there for the safety of the children, it might be OK under Nevada law," said Lauren Pena with the Civil Law Self Help Center located at the Clark County Regional Justice Center.

Pena says Nevada law allows landlords to make rules even after a leased is signed. Pena adds a landlord needs to give at least 30 days written notice before rule enforcement can take effect.

Contact 13 called Budget Budget Suites about the new rules. A spokesperson said it was a landlord-tenant issue and they had no additional comment.