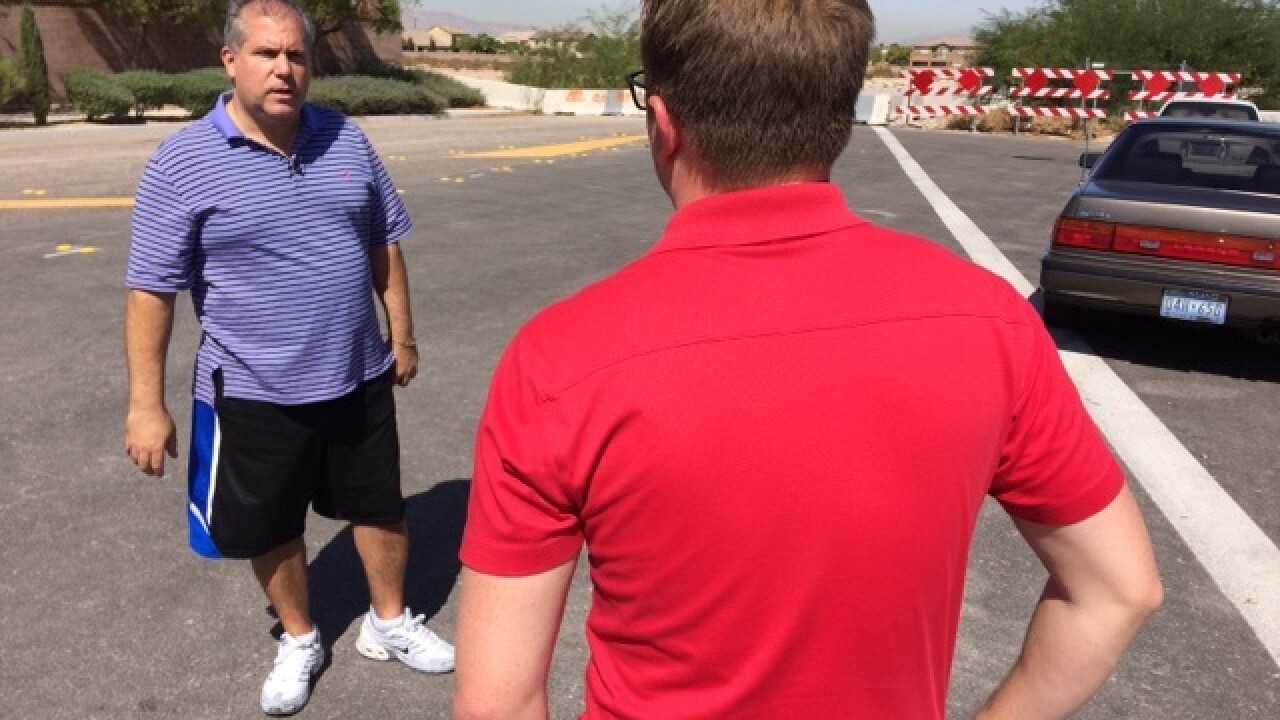 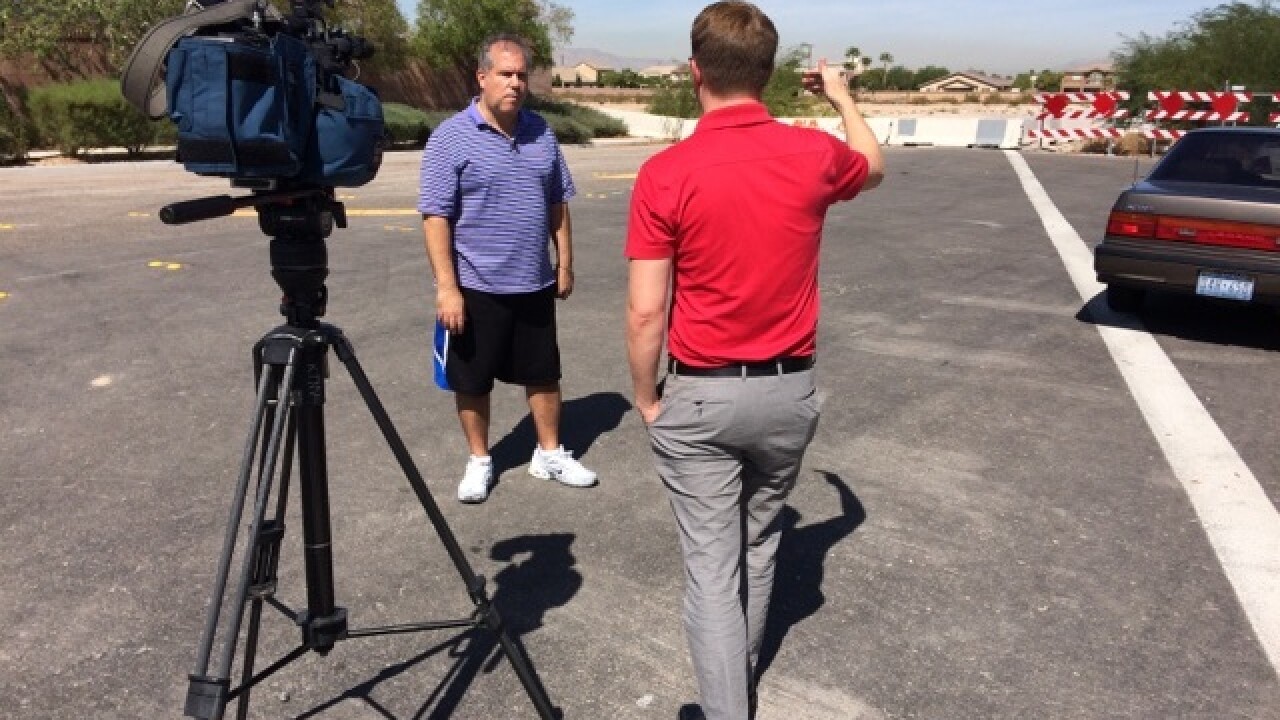 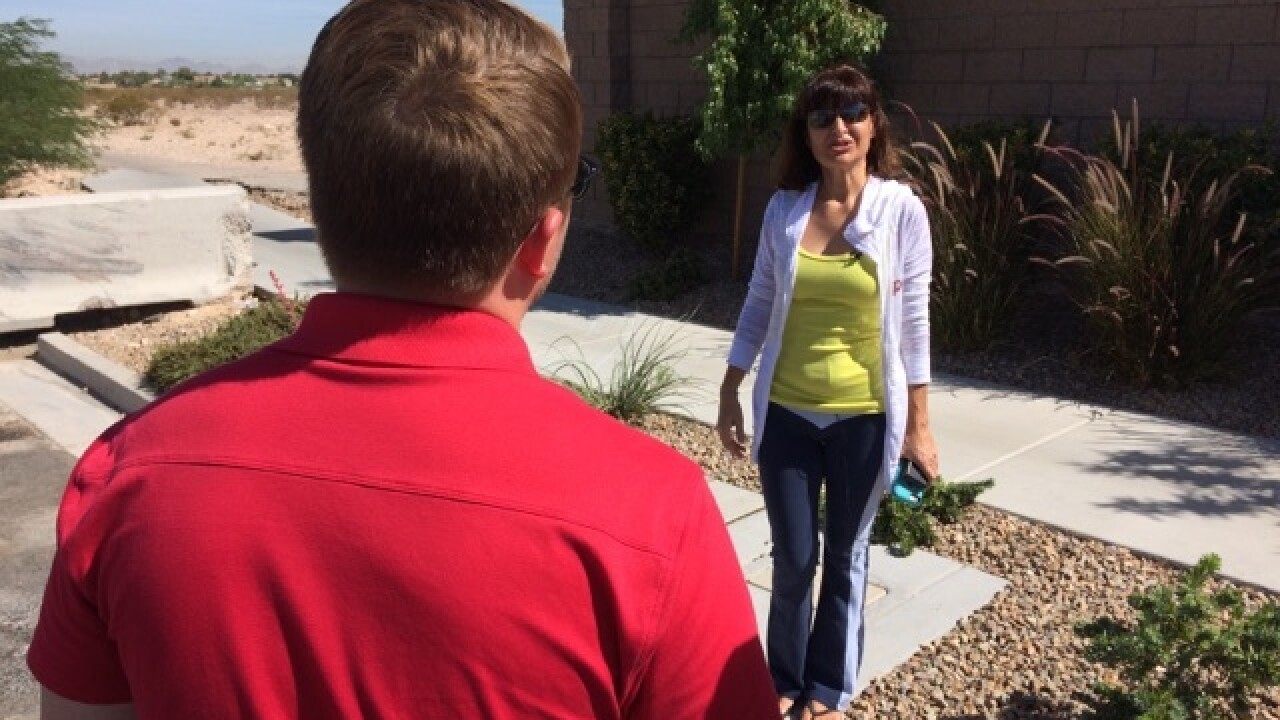 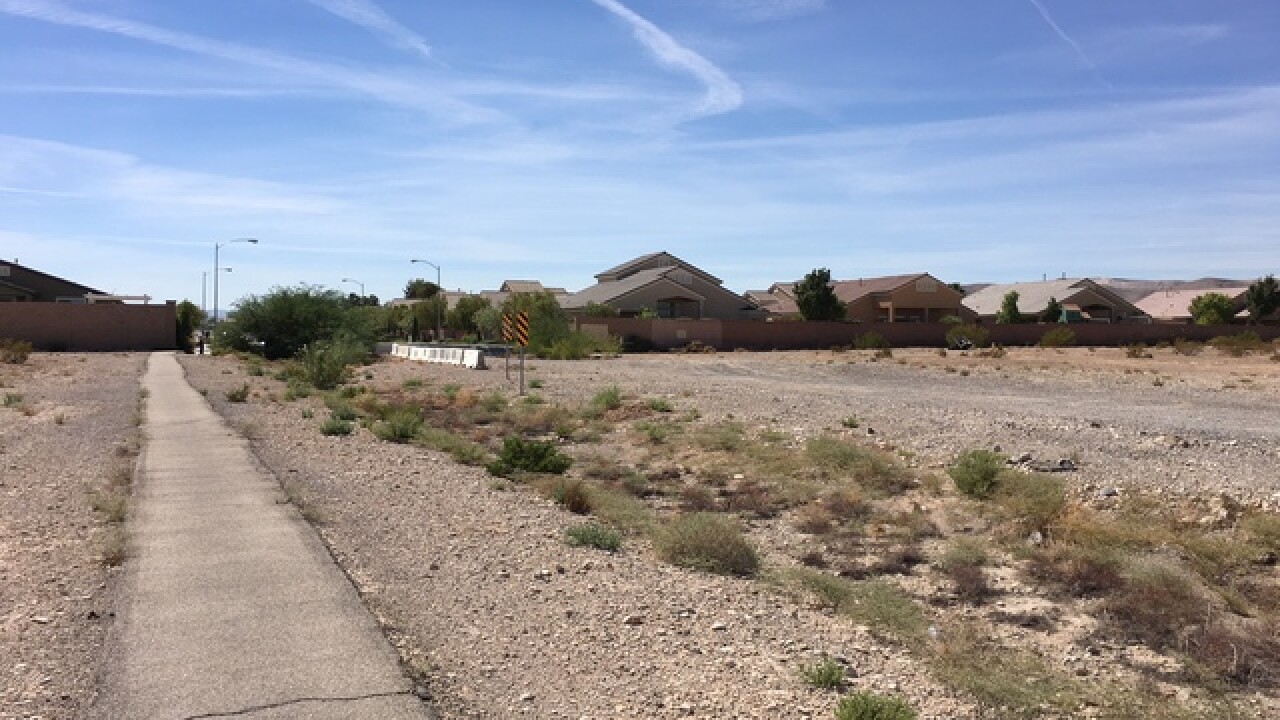 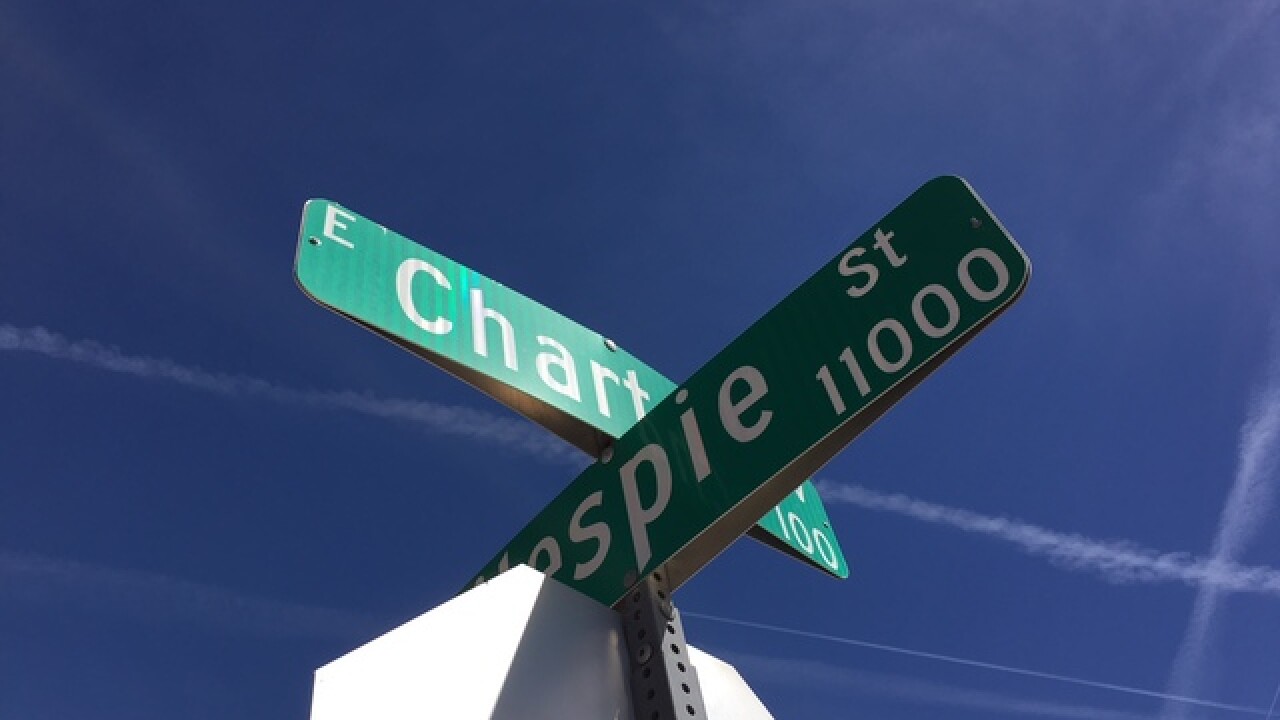 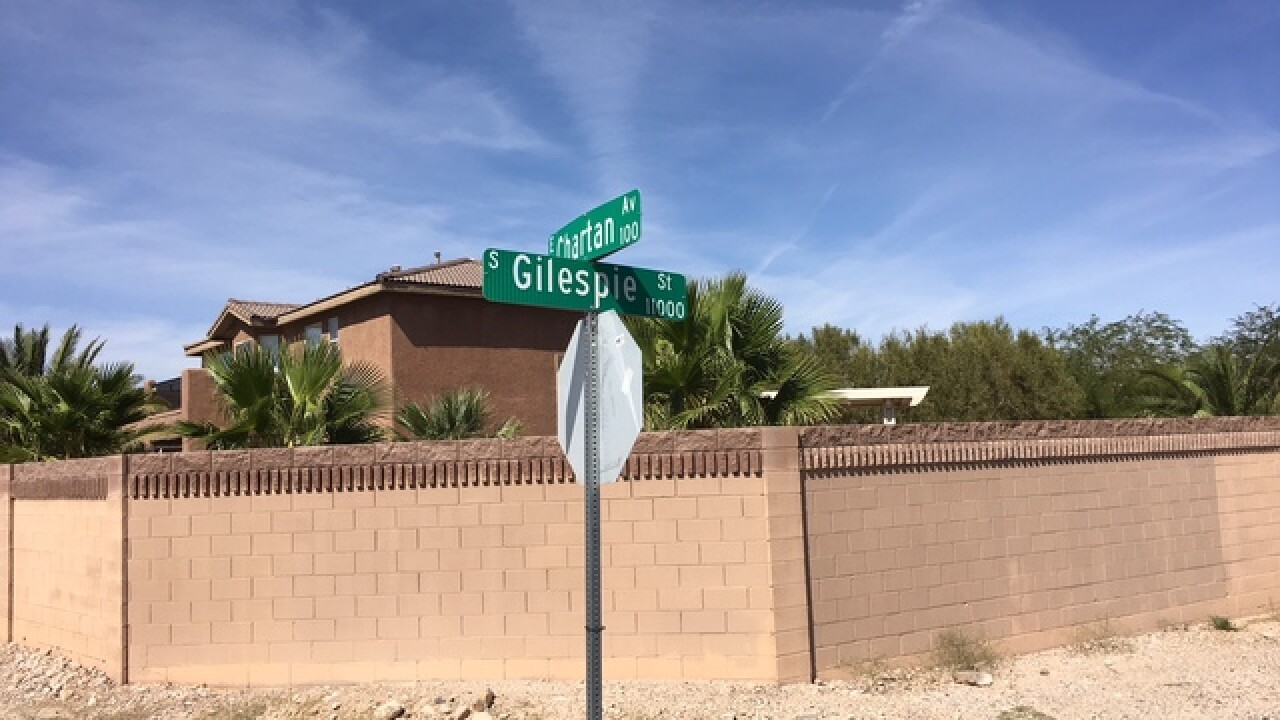 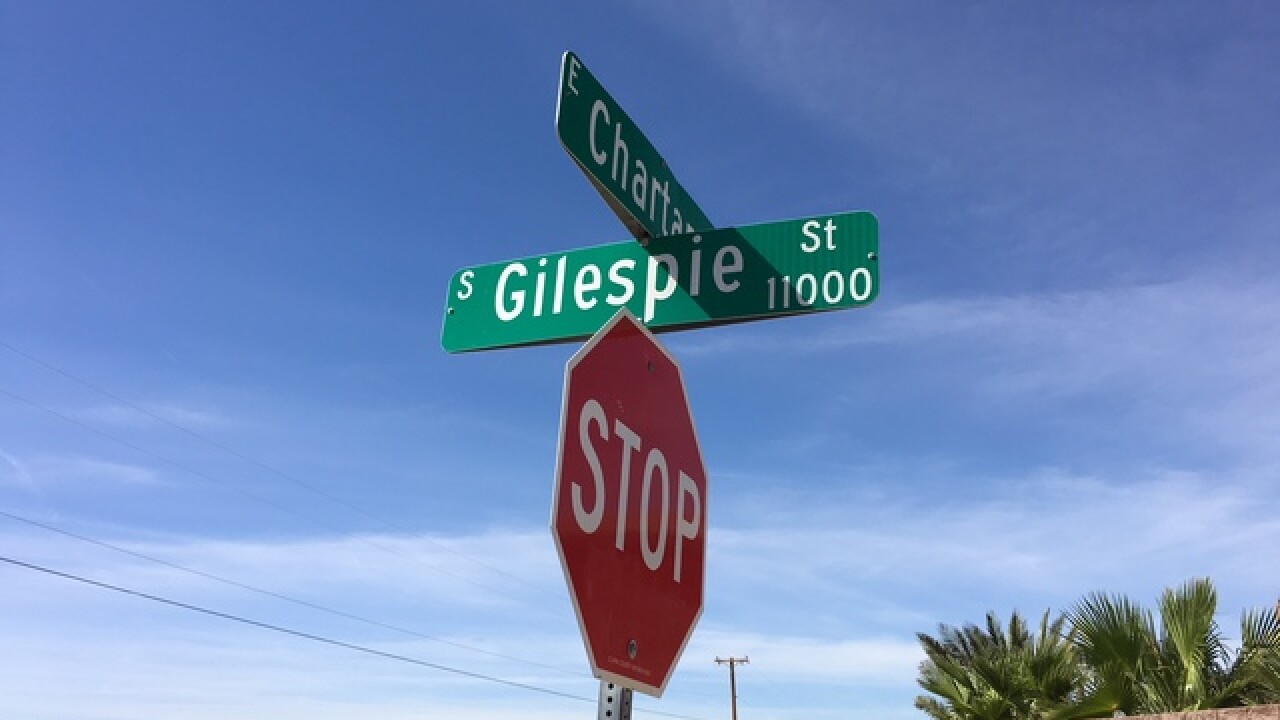 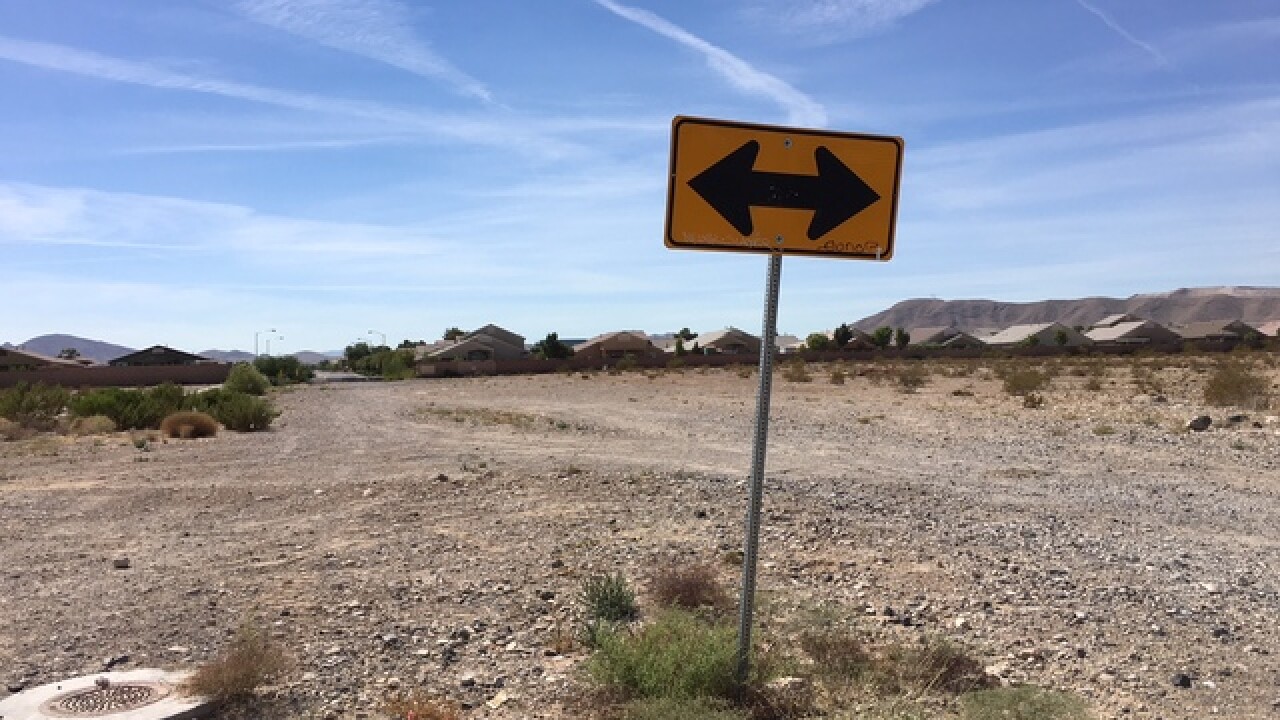 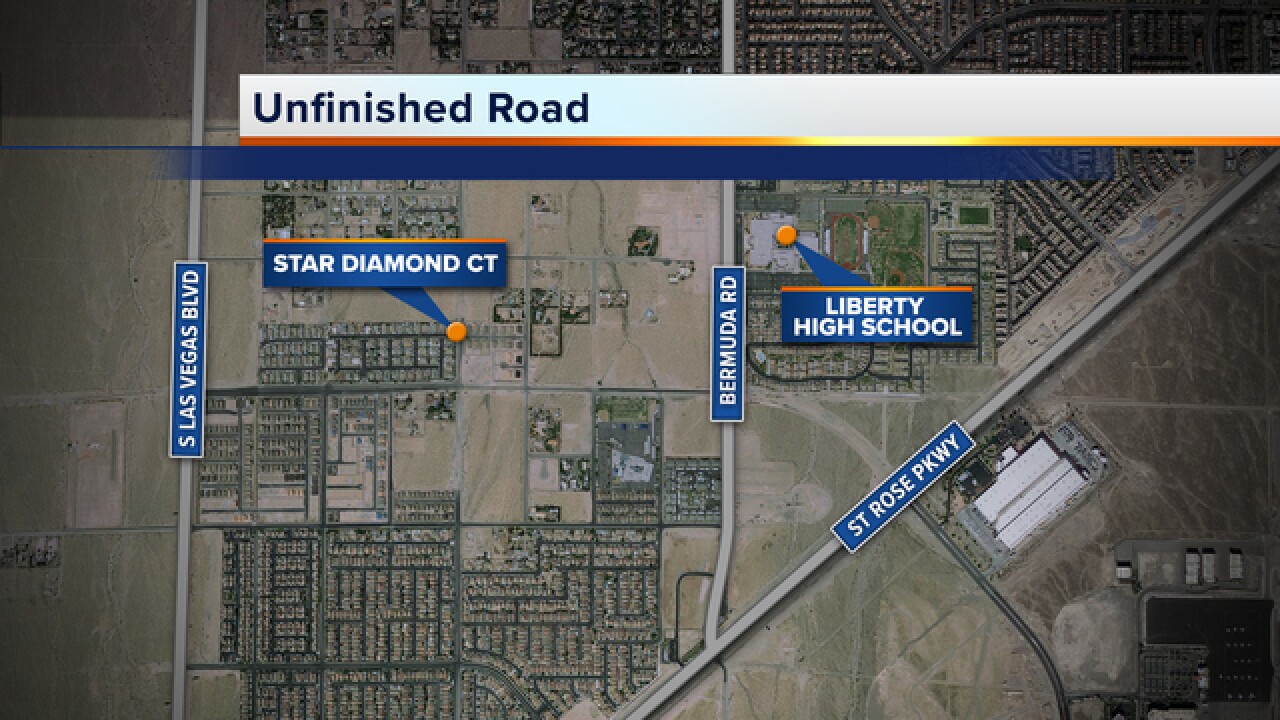 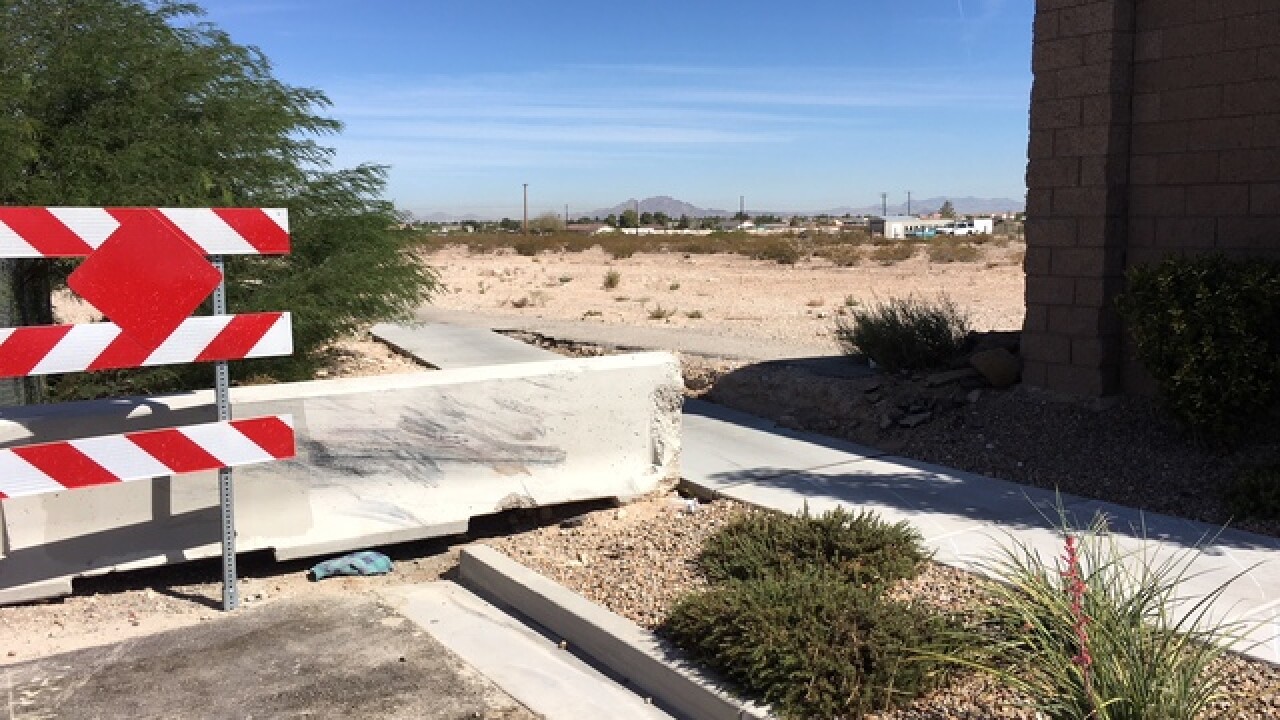 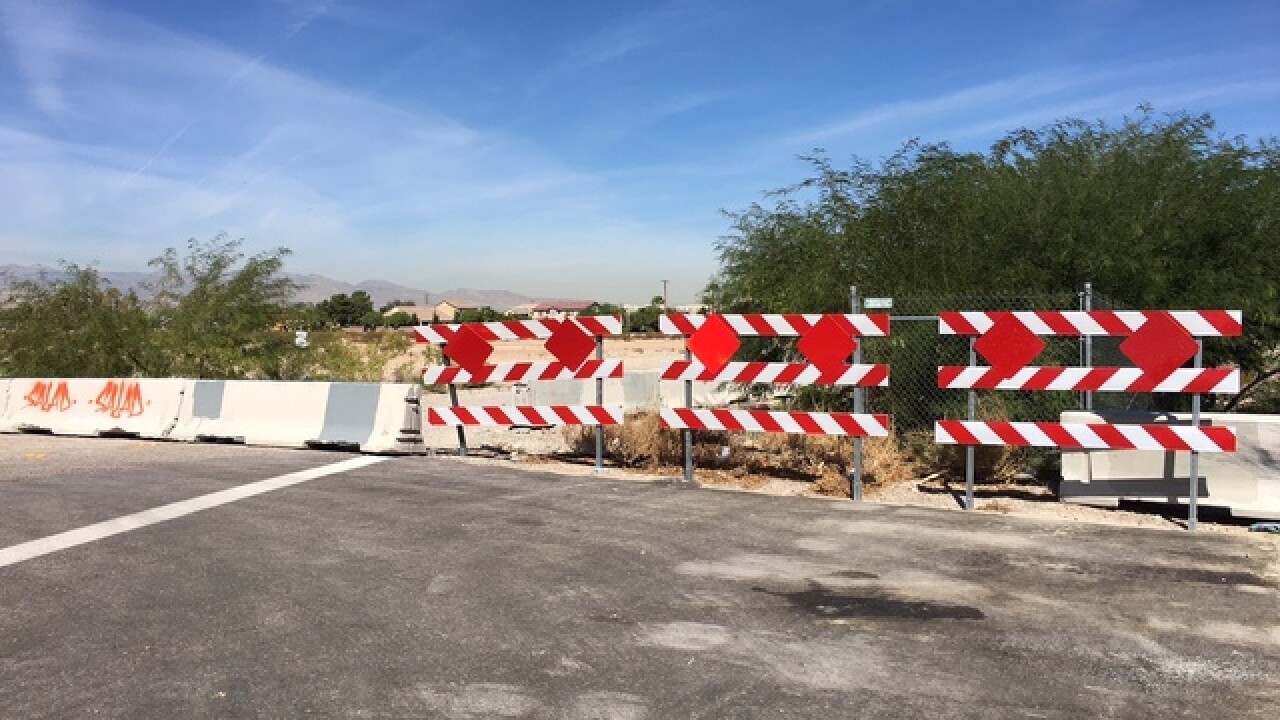 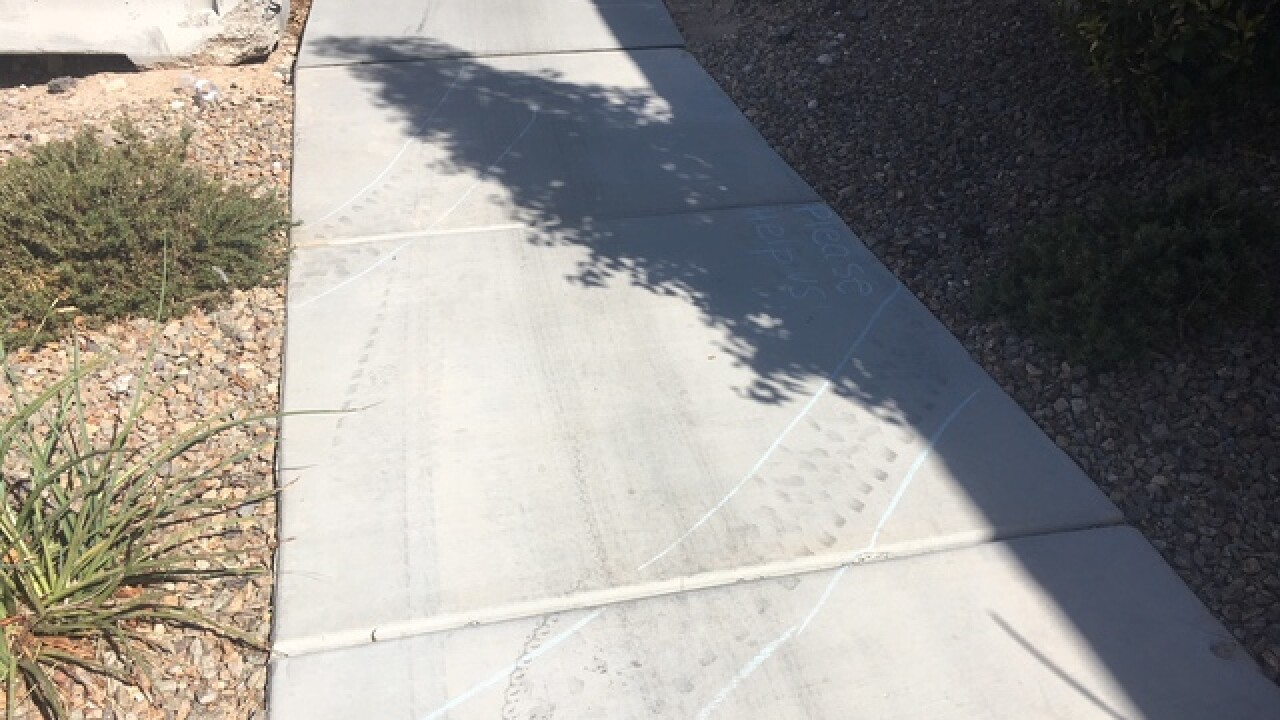 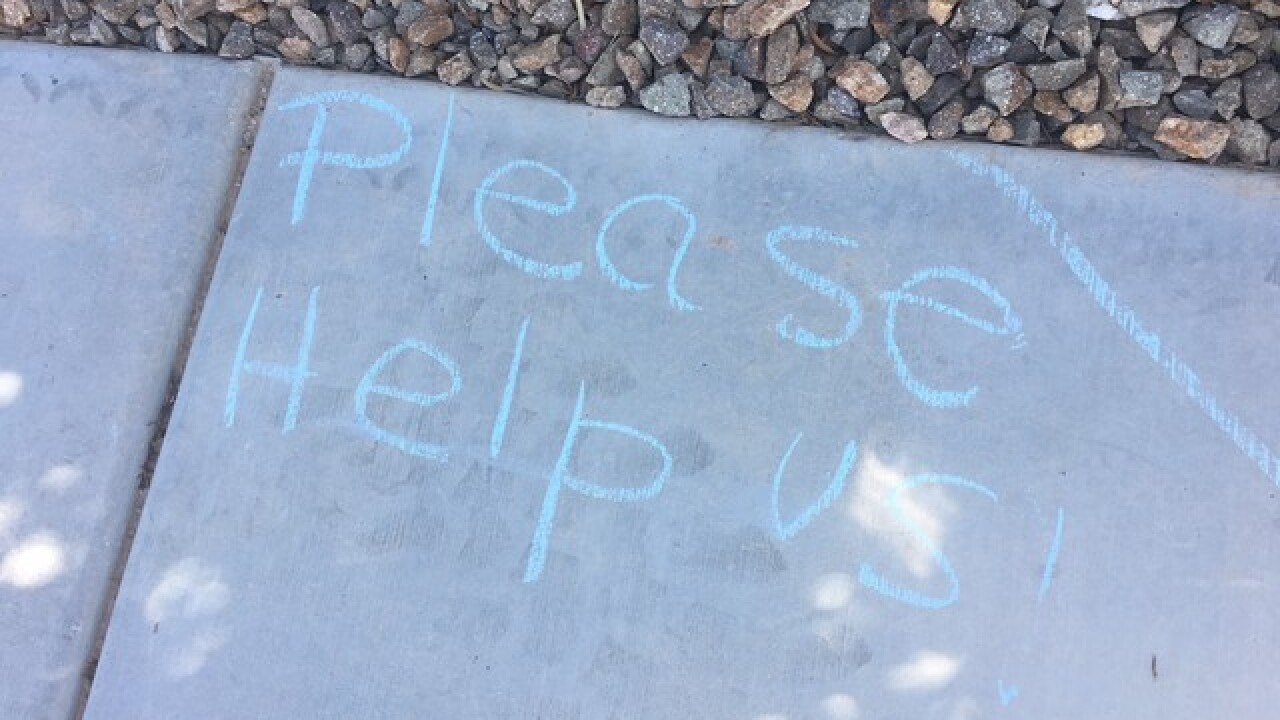 A Las Vegas mom hopes a handwritten message for help will get the attention of Clark County leaders to stop drivers from using a sidewalk as a shortcut near Liberty High School.

Maria Bratolli scrawled out "Please Help Us" on the sidewalk in her neighborhood near Starr Avenue and Gilespie Street after she saw a vehicle drive around barricades and onto a walking path.

"I have written 'please help us' because you can see the tire tracks right over here," said Bratolli as she pointed to the marks on the sidewalk.

Bratolli hopes someone in charge will hear the message loud and clear citing safety worries for people who live in the area.

"Someone is eventually going to get hit, or they are going to hit that wall over here because there isn't so much room for the vehicle to come through," said Bratolli.

Bratolli says Gilespie Street between Starr Avenue and Chartan Avenue was dirt and drivers could use the route to navigate around busier roads such as Bermuda and Las Vegas Boulevard.

Recently, concrete barriers with reflector barricades were put up, but neighbors say it has left just enough room for vehicles to squeeze by on the sidewalk.

"Right now, the vehicles, if they do go through, they go up onto the curb and in this neighborhood a lot of people walk their dogs, they are walking in the evenings," said Jim Smith.

Bratolli says the situation is especially dangerous because cross country athletes from nearby Liberty High School use the path for training.

The land is zoned as "rural estates."

The federal government will have to sell or give up the land in order for a developer to come in and finish Gilespie.

Neighbors say they would like to see the two neighborhoods connected along with a possible park on the undeveloped land.

13 Action News has reached out to Clark County regarding the time table or plan for the land and the inquiry was not immediately returned.