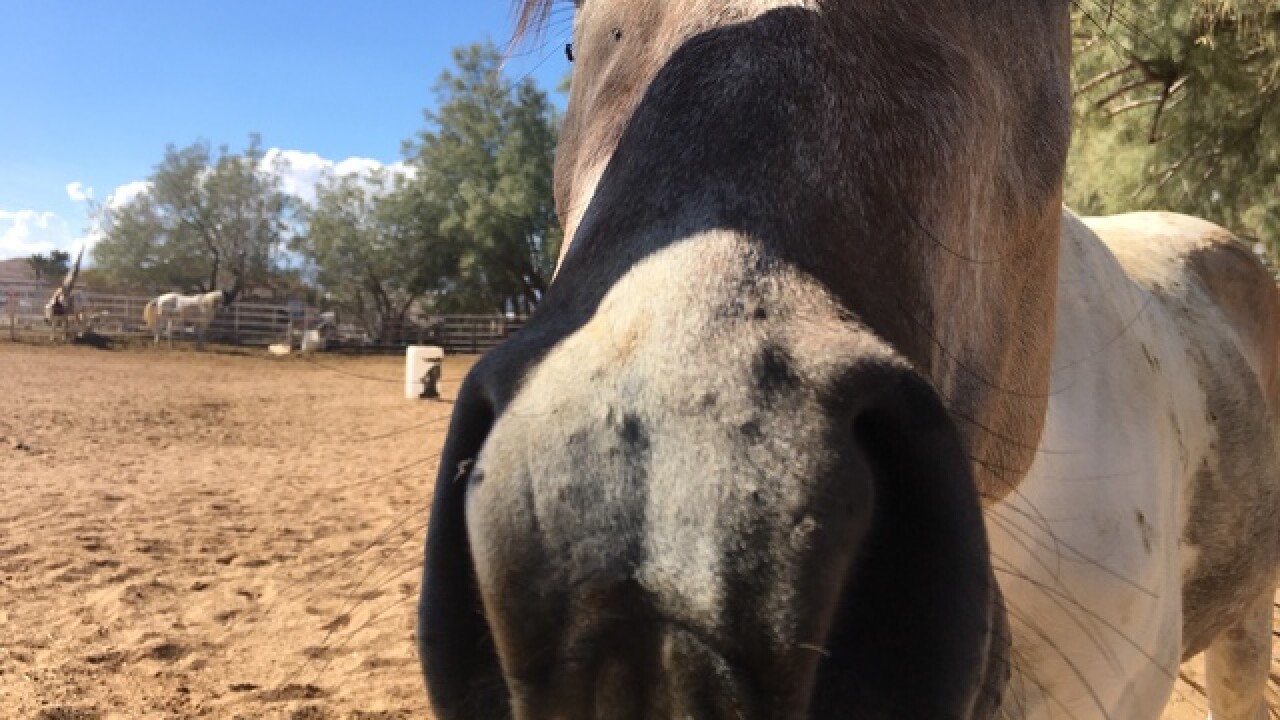 Copyright 2018 Scripps Media, Inc. All rights reserved. This material may not be published, broadcast, rewritten, or redistributed.
<p>Photots by KTNV</p> 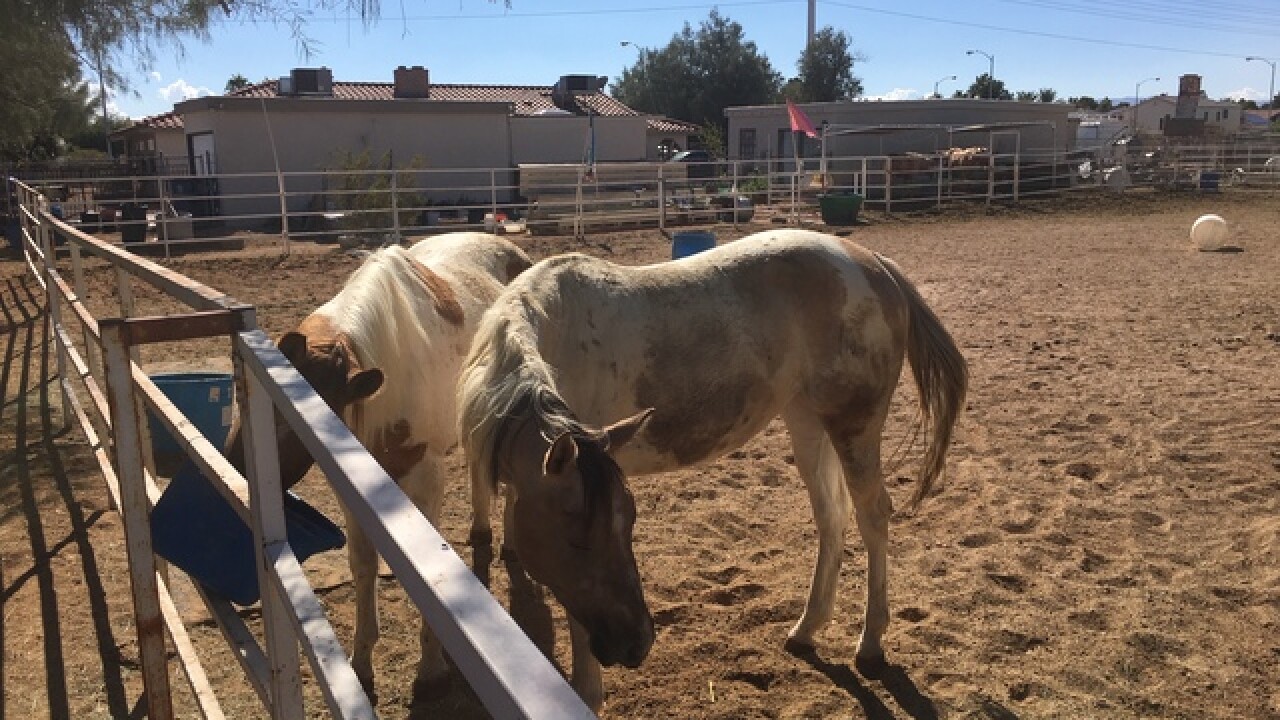 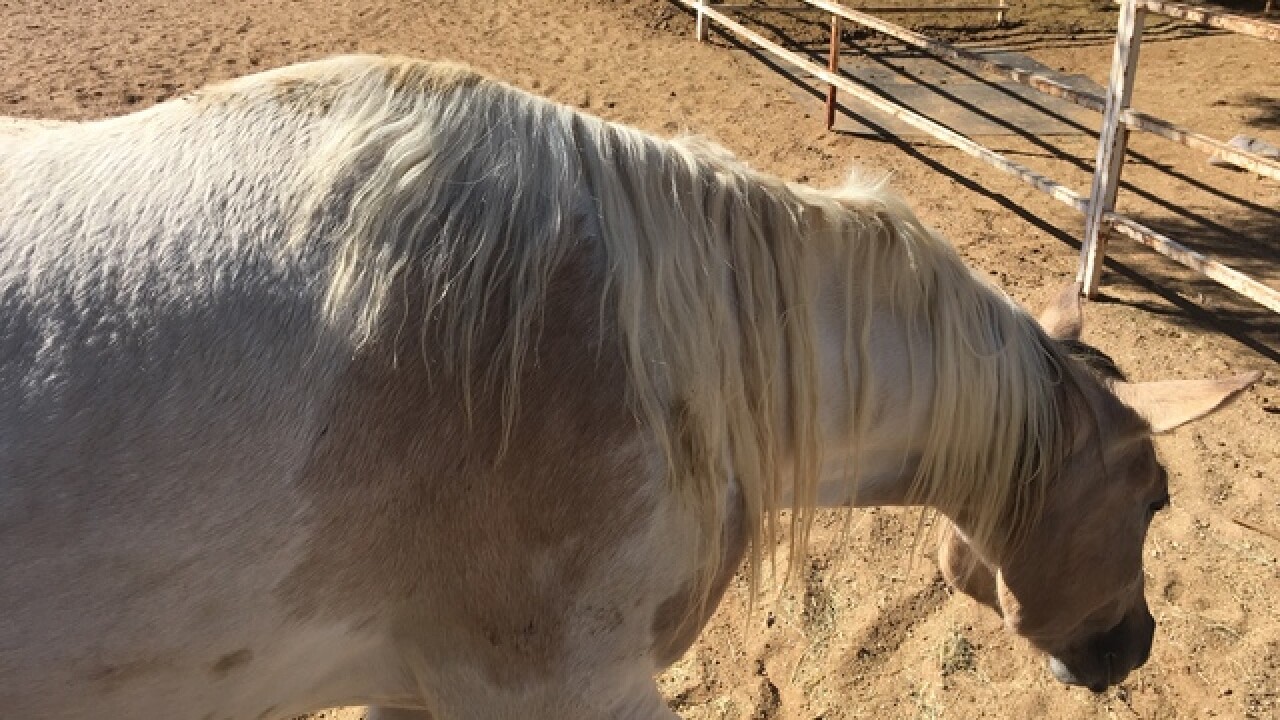 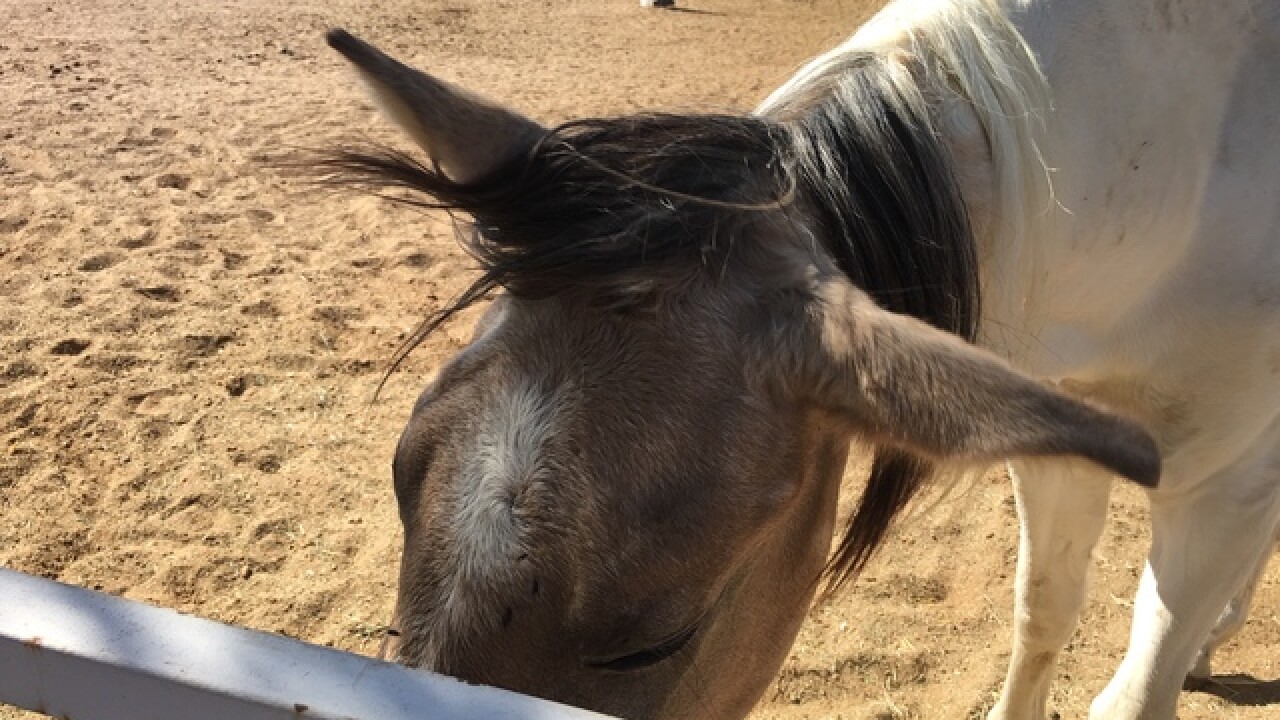 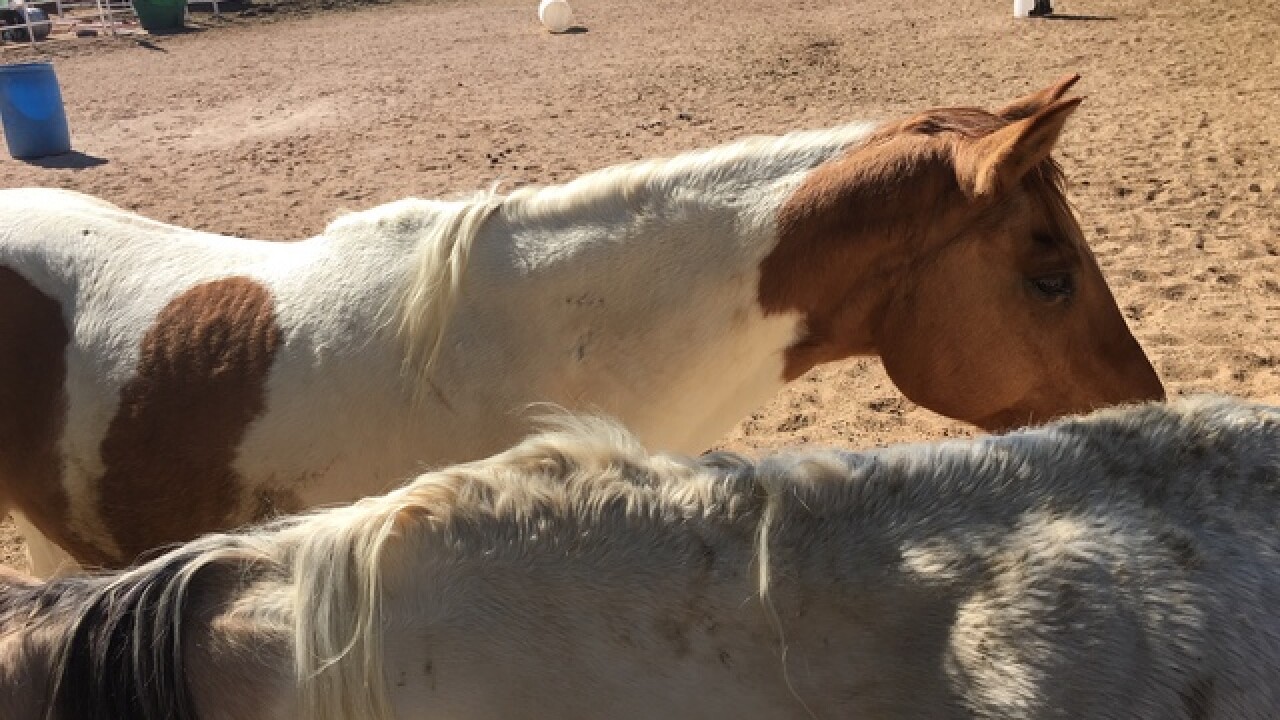 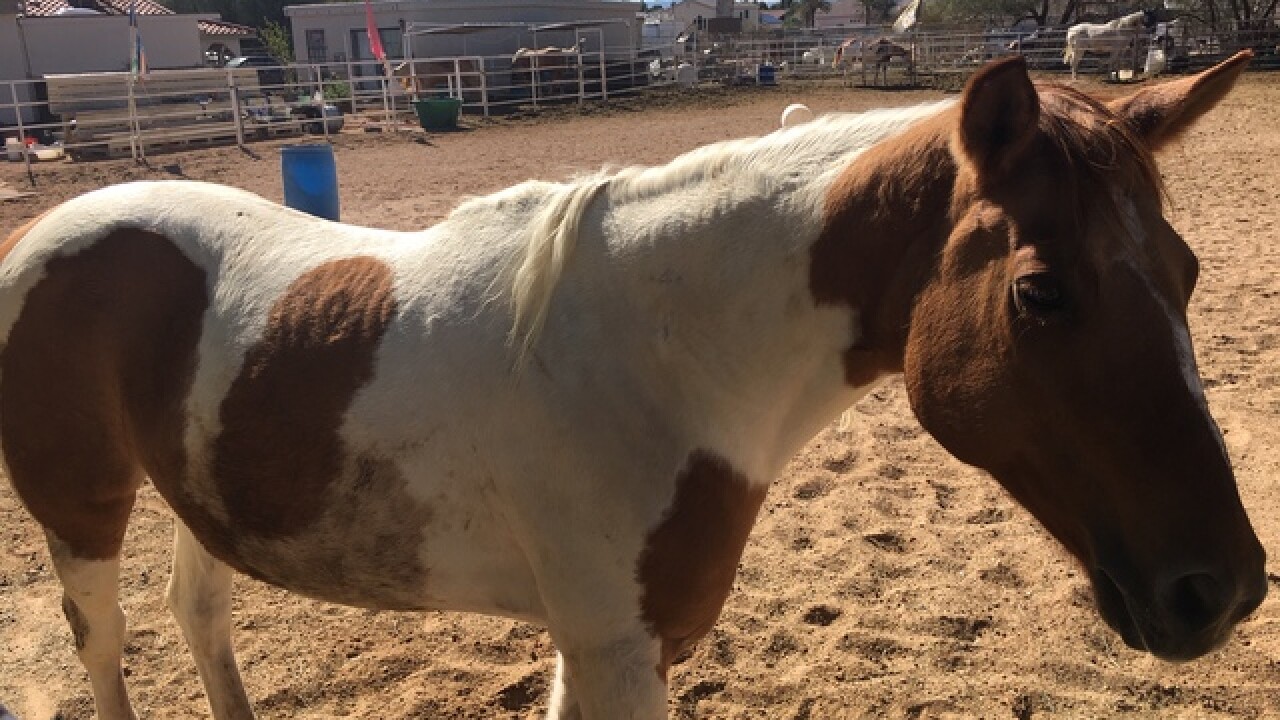 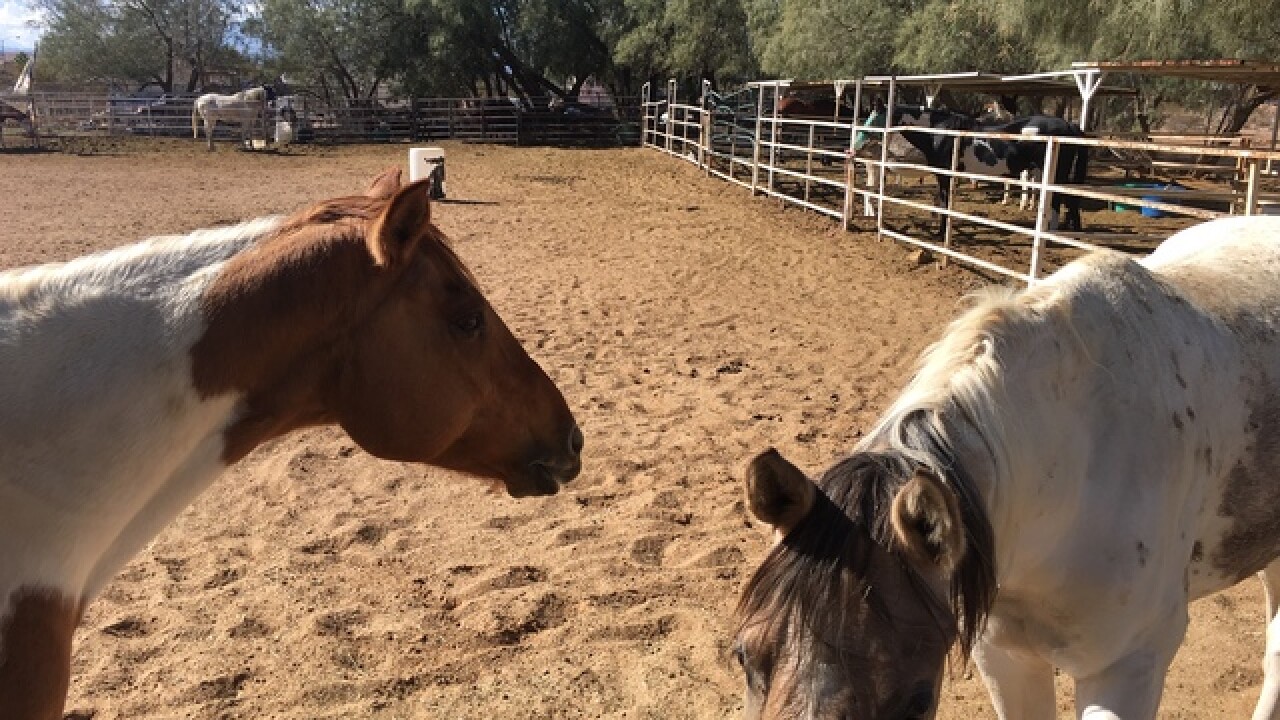 Two former friends are in a legal tug-o-war in a dispute over personal property that happens to be two horses named Peaches and Star.

Shirley Hardy says she feels betrayed by the legal system after jumping through legal hoops for nearly two years.

"I just break down and cry," said Hardy.

Hardy claims she purchased an approximately 12-year-old horse named Star from an advertisement she found in the newspaper for $600.

Hardy says when she had the horse examined by a veterinarian she learned she was getting more horse than she bargained for.

"She was quite thin but we didn't think she was pregnant," said Hardy.

"We took her to the vet so they can get her shots and stuff and they said surprise, surprise, she's going to have a little one," said Hardy.

Hardy says the expected bundle of joy presented a big problem -- she did not know how to delivery a baby horse.

"I have no idea how to birth a baby horse, none whatsoever," said Hardy.

Hardy contacted friend and former co-worker, Holly Stroud, to assist with the birth of the baby.

The pair allegedly arranged for Star to give birth at Stroud's Las Vegas property and if the mare produced a male, Stroud would keep the baby and return the mother, but if Star produced a baby girl, both mother and baby would return to Hardy.

Hardy admits she did not have a written agreement regarding the arrangement or compensation.

The pregnant mare produced a healthy baby girl whose name became Peaches and according to the verbal agreement between Stroud and Hardy, both Peaches and Star would return to Hardy.

Things went south, according to Hardy, and both sides felt like each other was not holding up their end of the bargain.

Both sides ended up in court and Hardy was given an arbitration award for the horses.

Hardy claims she went to retrieve her horses but was unable when Stroud refused to comply with the judgment.

"It should be complied with," said Attorney Peter Isso.

"If this is happening to Shirley, this can happen to anybody," he added.

Isso is reviewing Hardy's case and claims because he did not represent her during the initial court proceedings.

13 Action News went to Stroud's property to get answers regarding the the matter.

Stroud said she was following her attorney's instructions not to turn over the horses and said she had no official comment on the situation.

Moreover, legal experts recommend taking steps in any civil agreement to protect yourself:

13 Action News has learned Hardy's attorney plans to file a contempt of court order to force the return of the animals.

There is no time frame when this matter will be resolved.