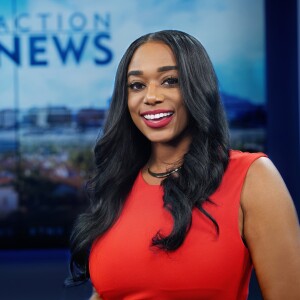 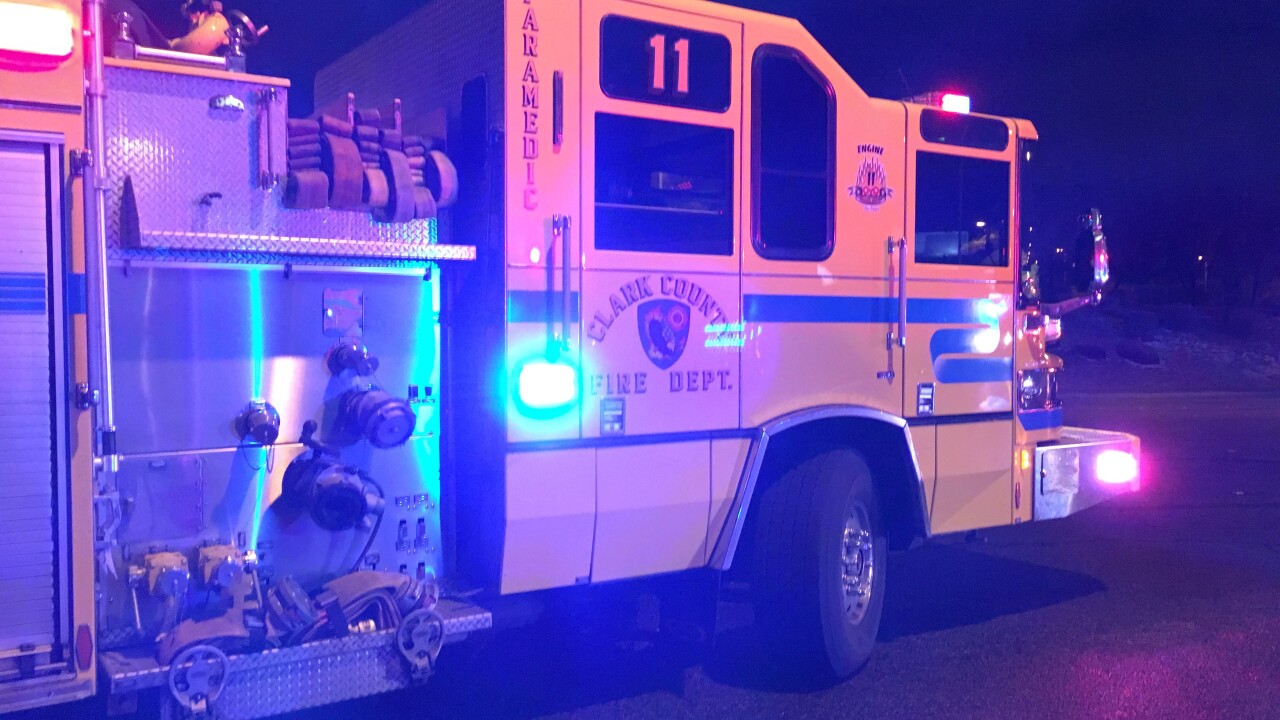 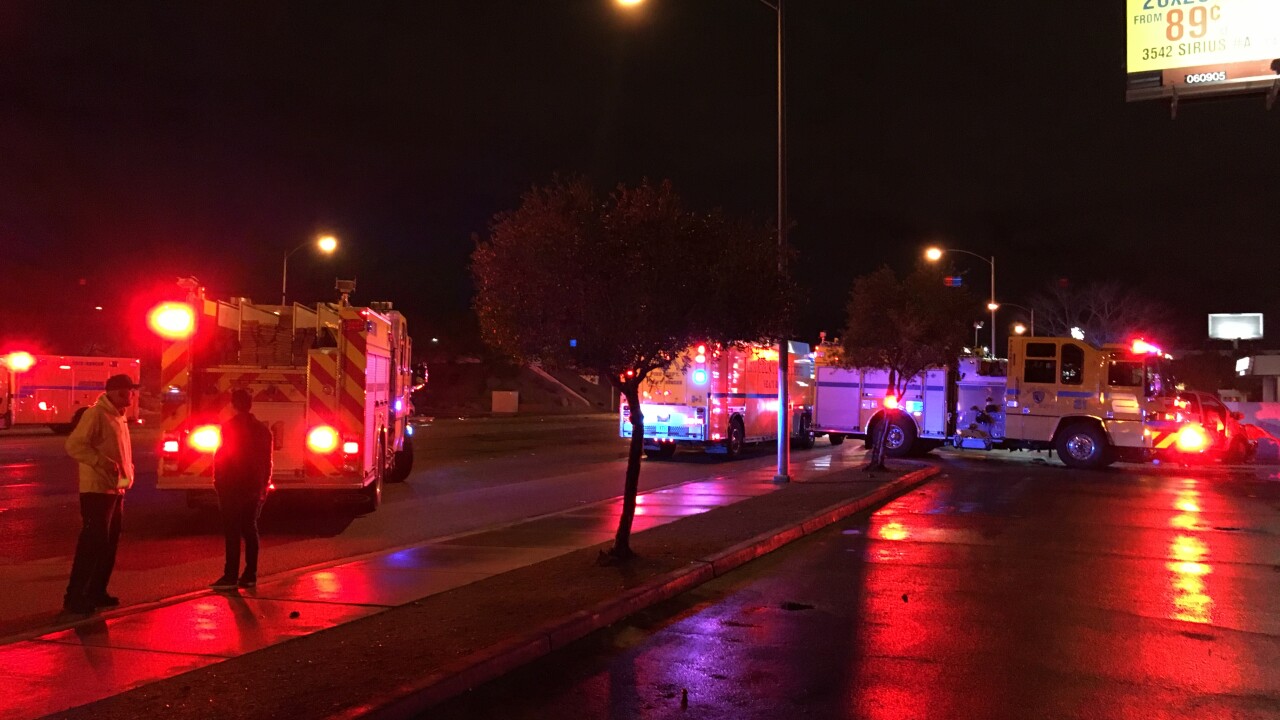 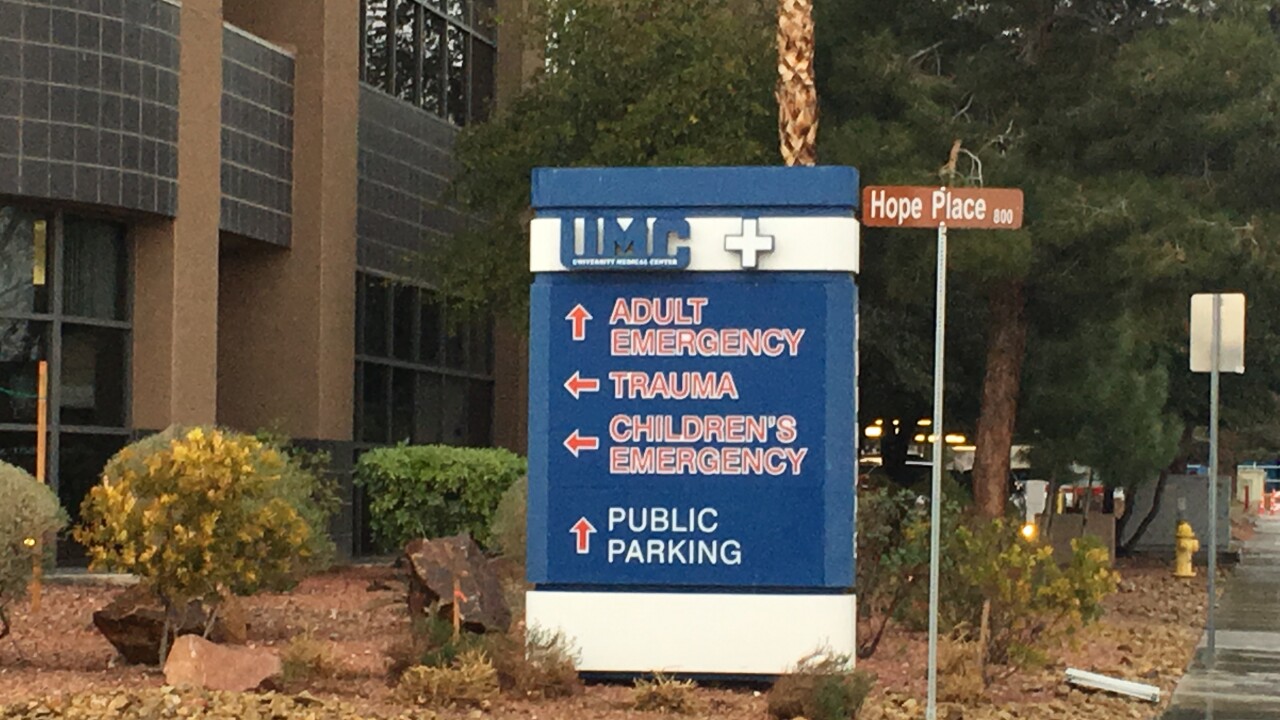 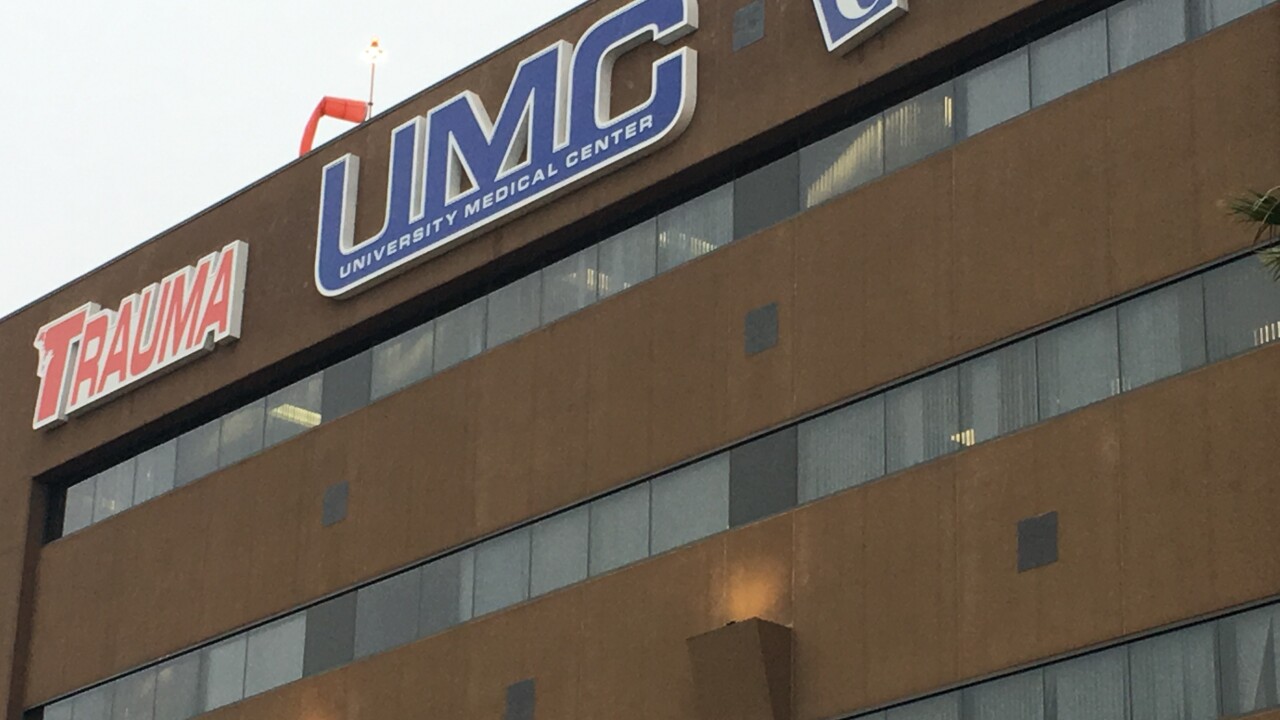 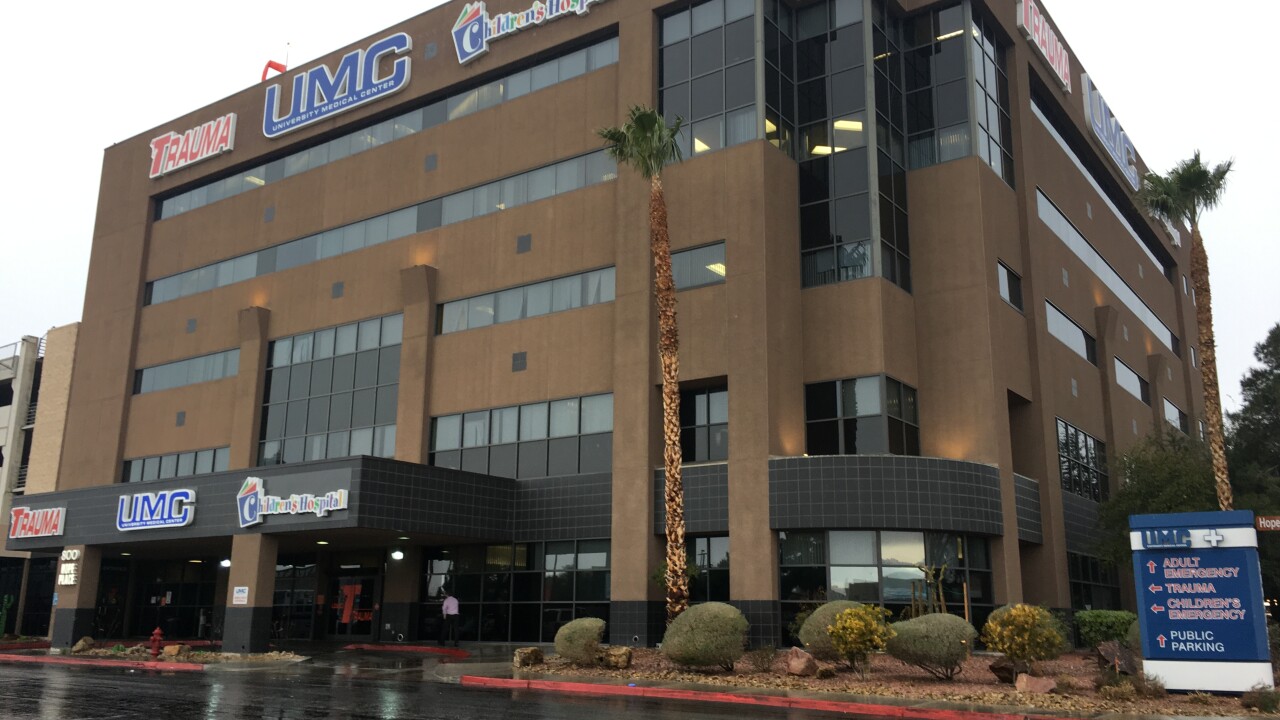 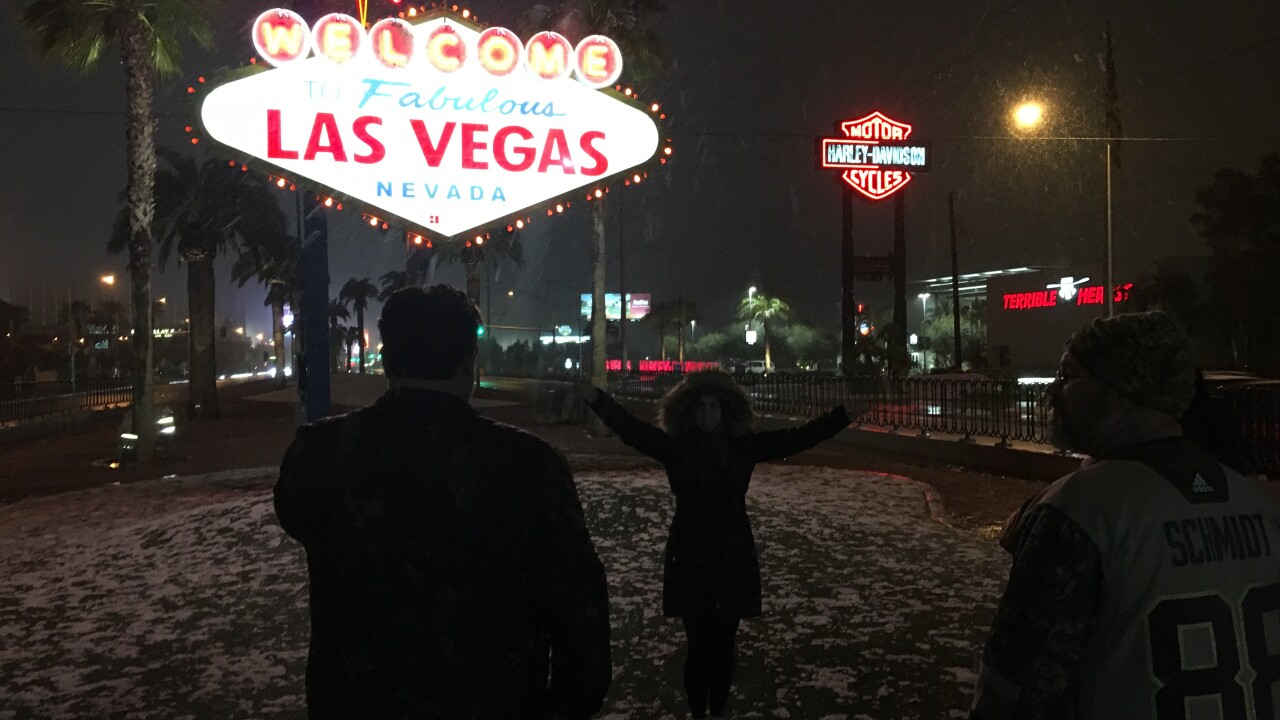 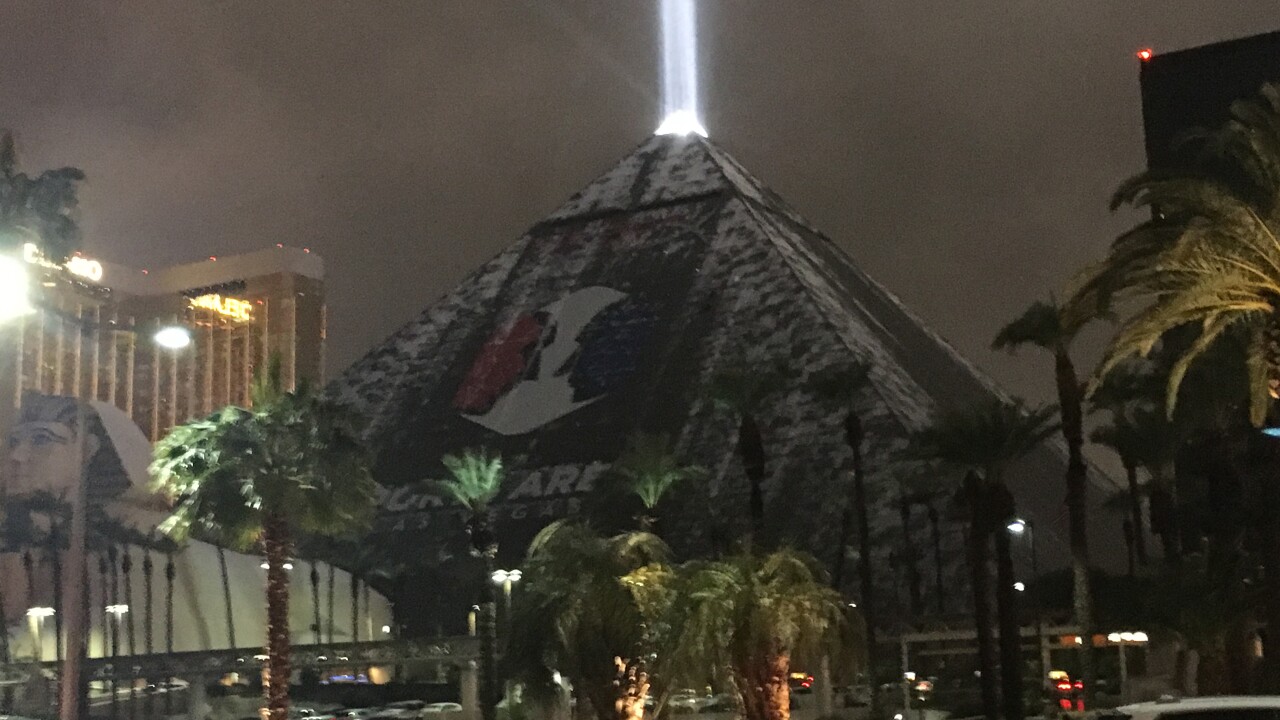 UPDATE FEB. 22 10:22 A.M.: Snow is gone in many parts of the Las Vegas valley but authorities warn to remain cautious on the roadways. Melted snow mixed with cold weather is creating slippery driving surfaces.

The warning is as rare as snow blanketing the famous Las Vegas Strip.

"Clark County is urging drivers to be especially cautious Thursday night through 9 a.m. Friday as we continue to feel the effects of the winter storm. Drivers should be particularly cautious over bridges and overpasses, which may be coated with ice. "

The winter storm that brought several inches of snow to parts of the Las Vegas valley is now plunging temperatures below freezing.

The formation of black ice, a translucent layer of ice that forms on pavement, is a distinct possibility as temperatures remain cold overnight.

The weather is also being blamed on injuries that have landed people in the hospital.

"We have seen a number of pedestrians who have slipped and fell or cars that couldn’t stop in time," said Dr. John Fildes at University Medical Center.

Dr. Fildes said black ice is a major concern for people walking around on sidewalks or driveways.

“If you slip and fall, people have been striking their heads and falling on elbows and hands, the injuries have been pretty significant," added Dr. Fildes.

From two feet to four wheels, or more, the danger now turns to drivers on the roads.

“Hopefully, everyone is safe and doesn’t get too crazy out here that’s what’s important," said Karina Morabito, a Summerlin resident.

Morabito works on the strip but her home in Summerlin received several inches of snow.

Roads, especially highway overpasses in the west valley and shady spots will be first to freeze, according to the National Weather Service.

"You know, you don't get to see this that often, it's really nice," said Morabito.

The beauty will come with a potentially deadly danger and experts say the best way to avoid black ice is to stay off the roads but if you must travel: