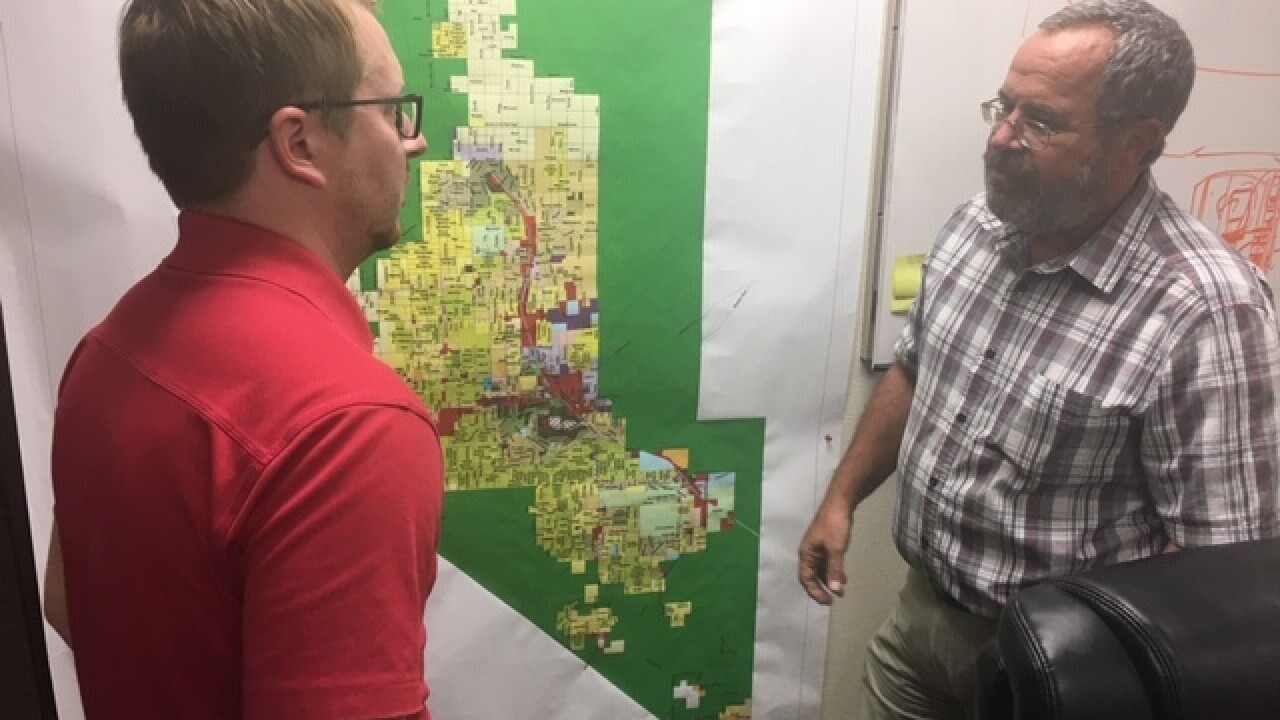 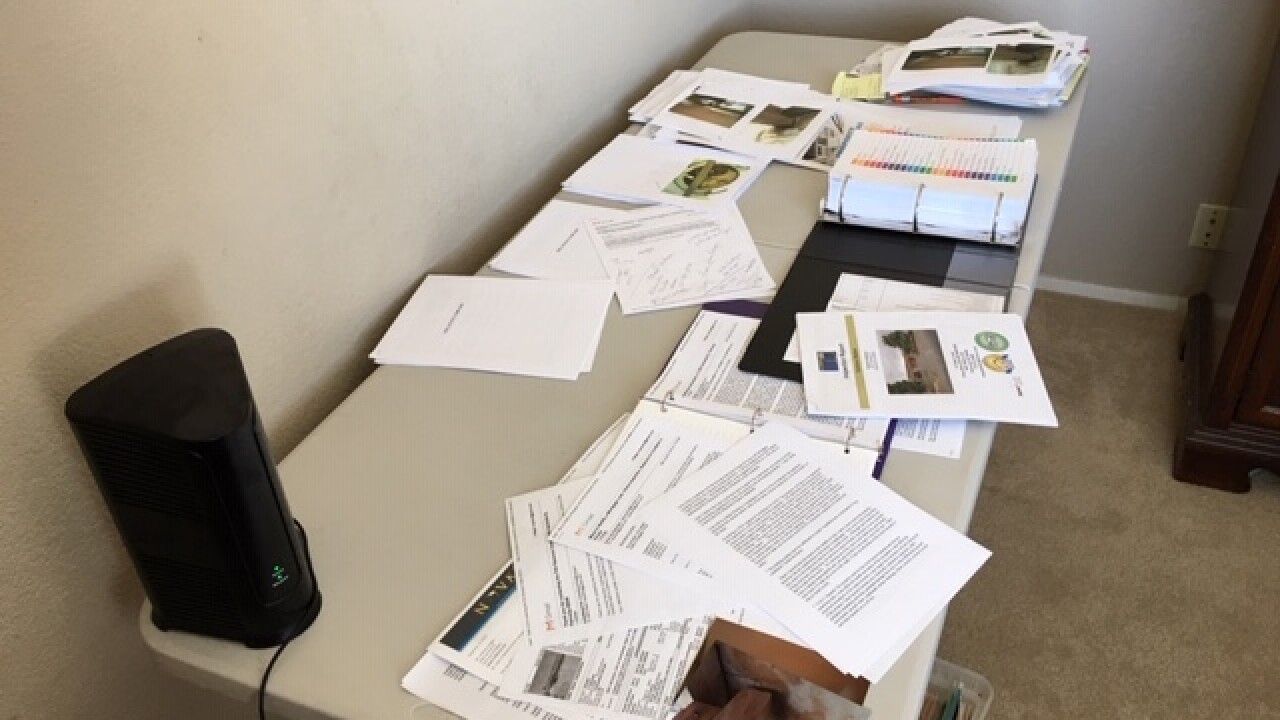 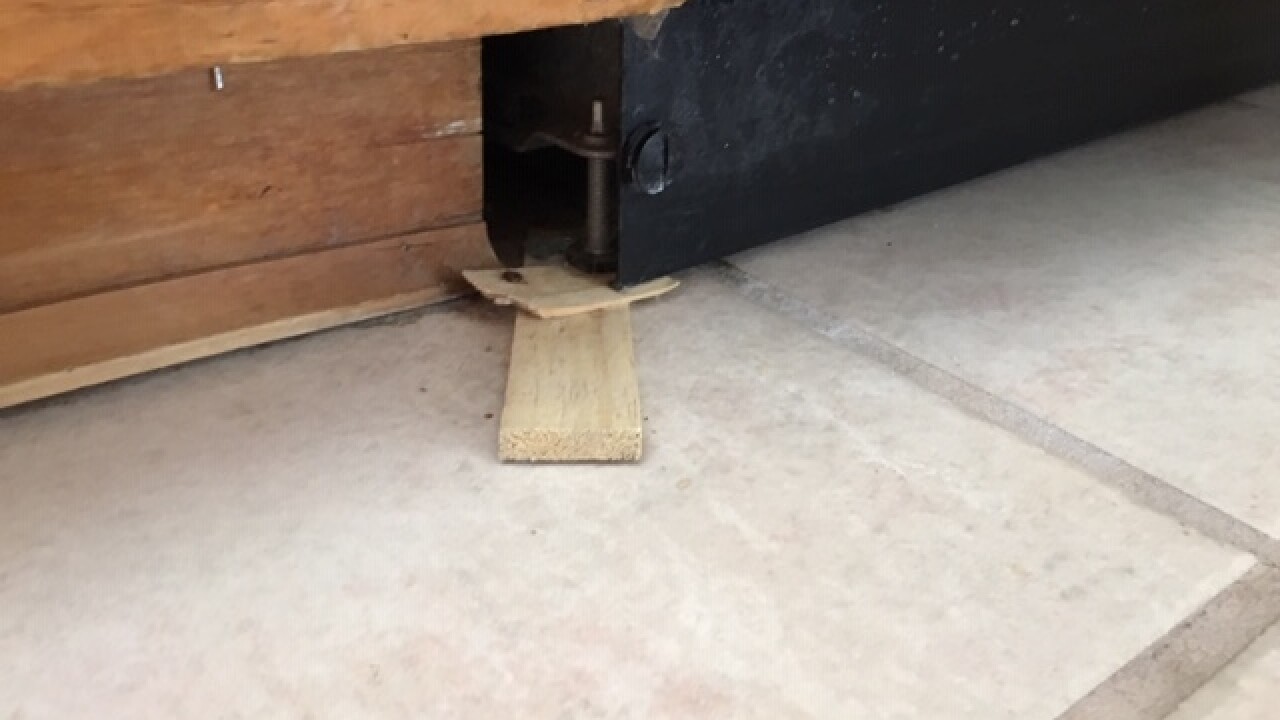 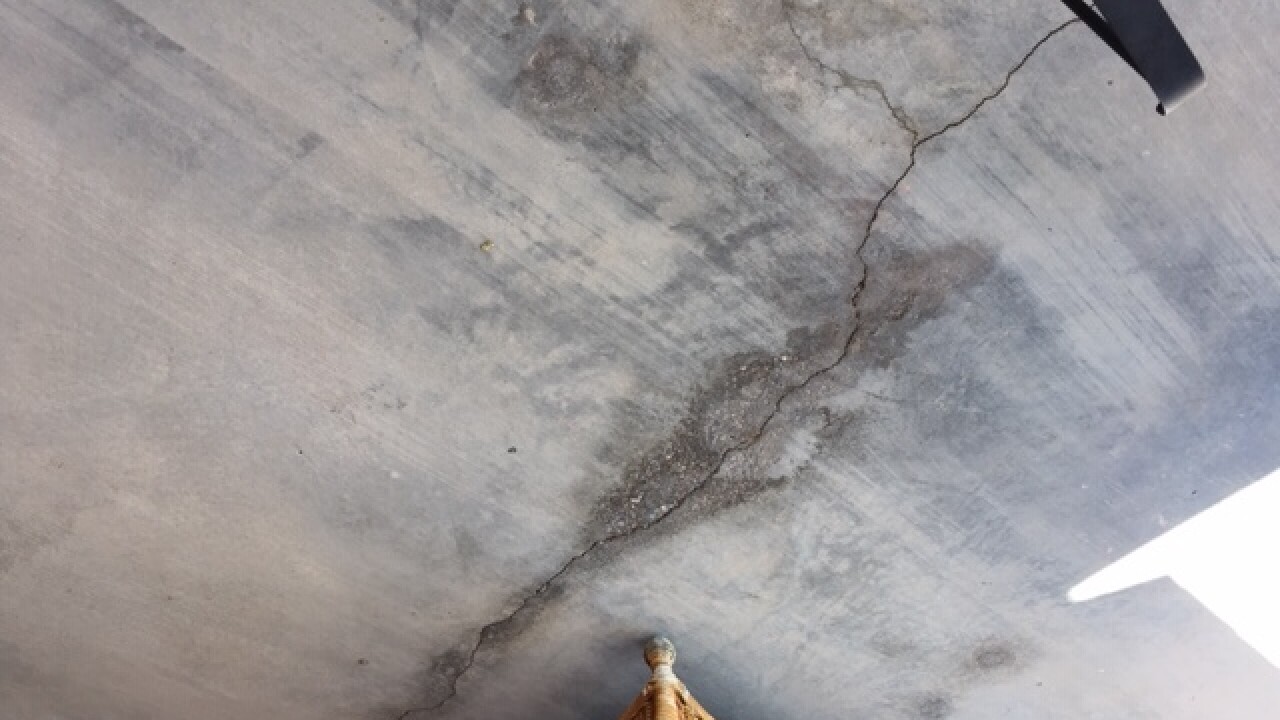 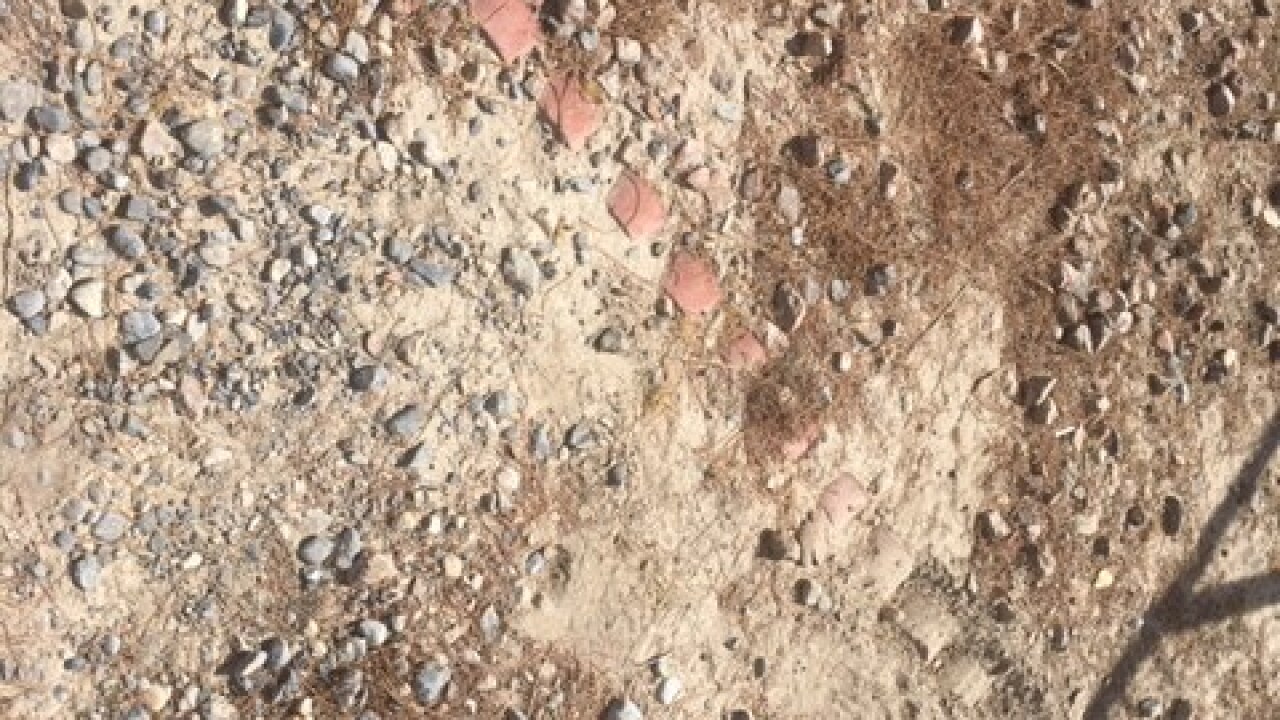 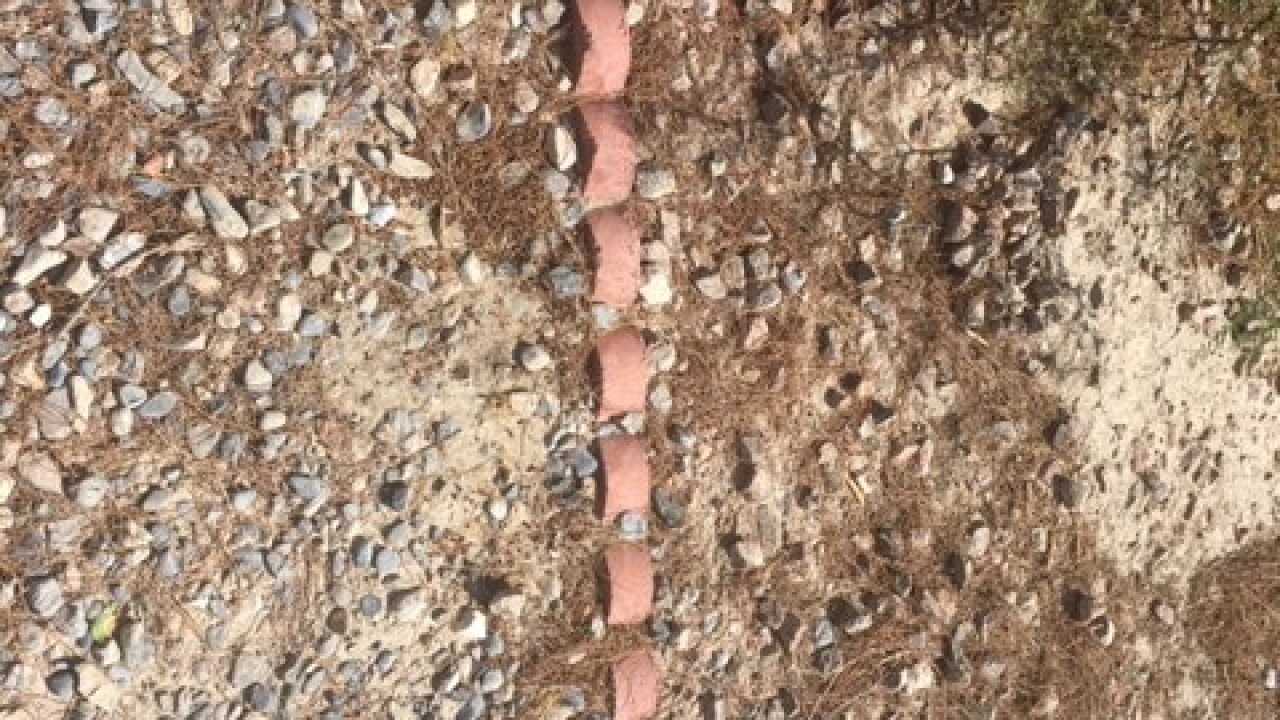 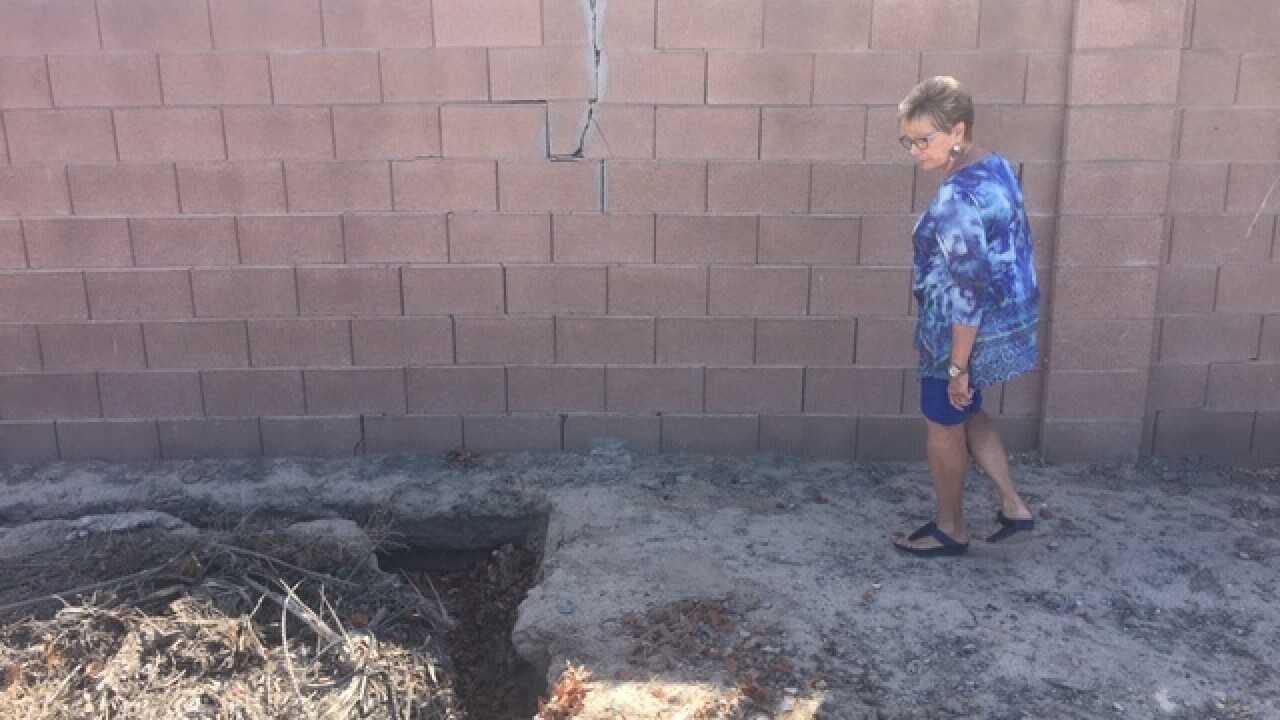 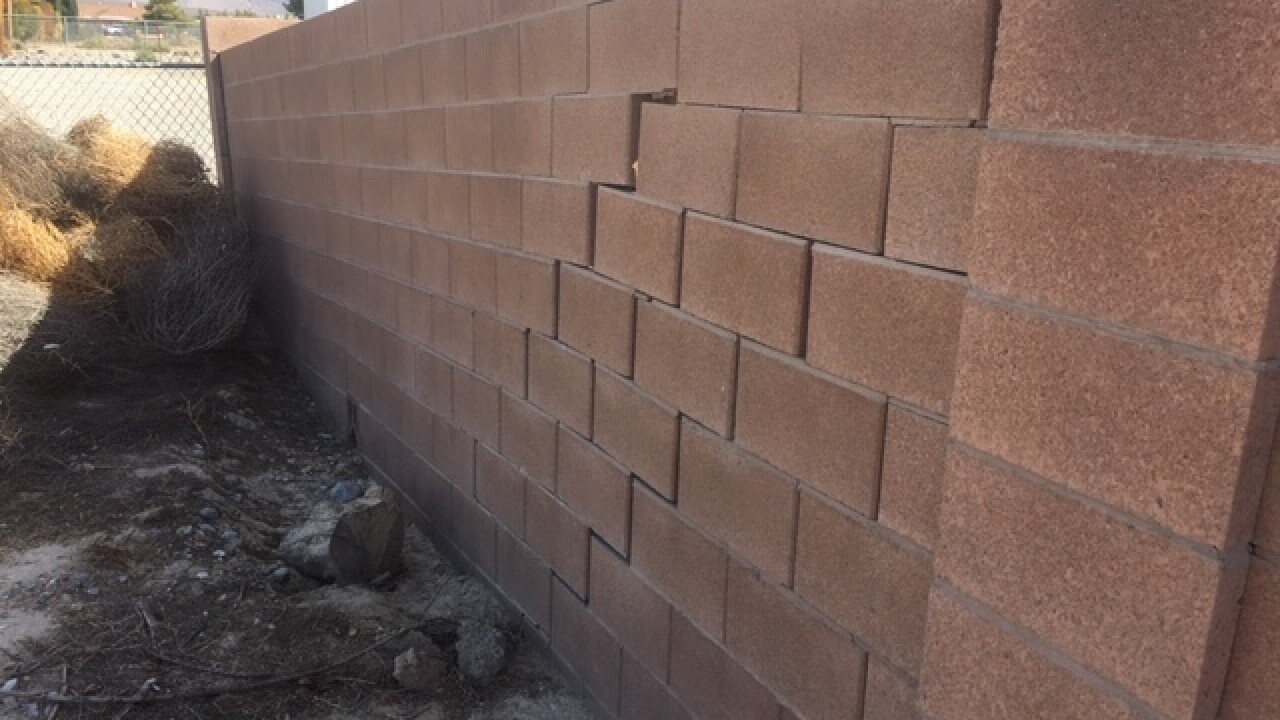 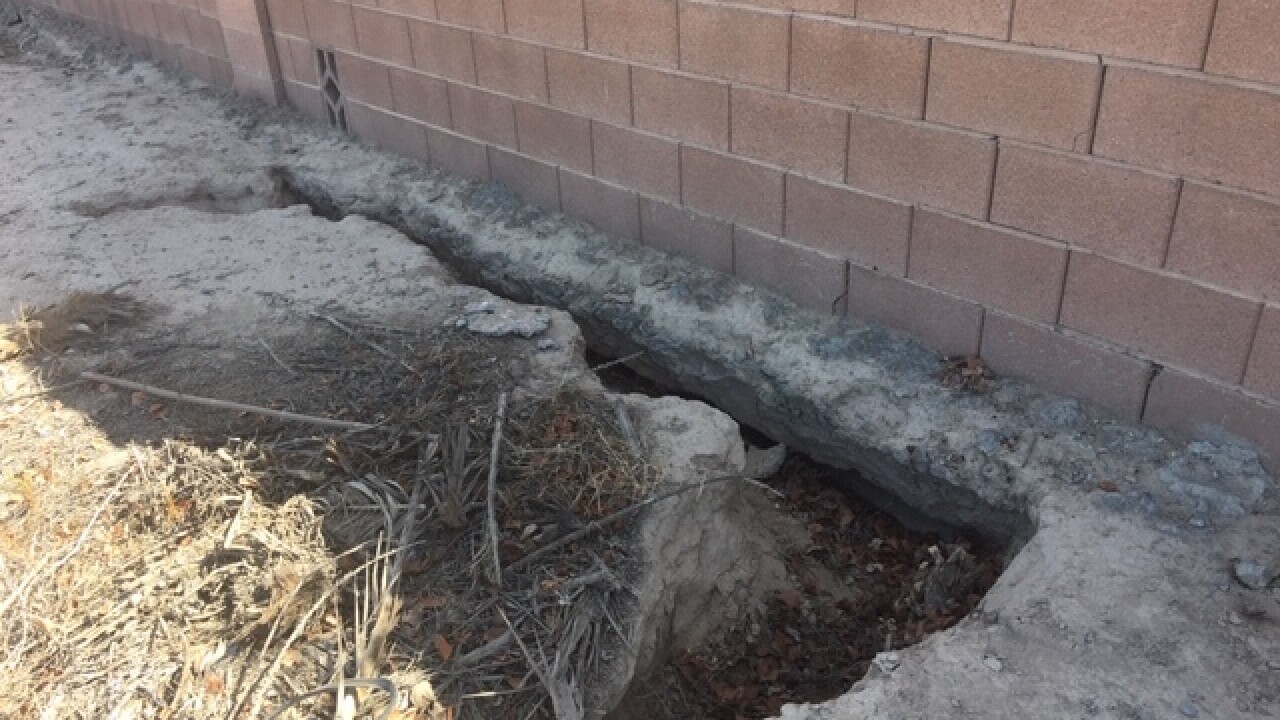 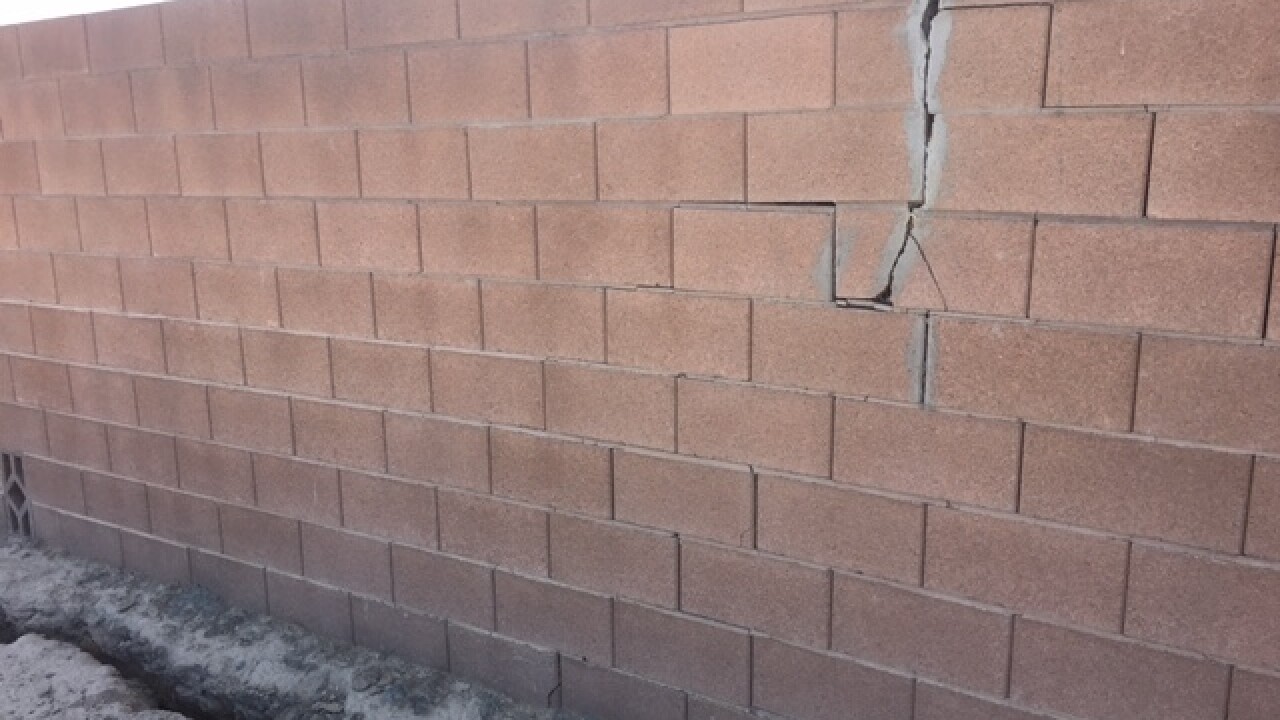 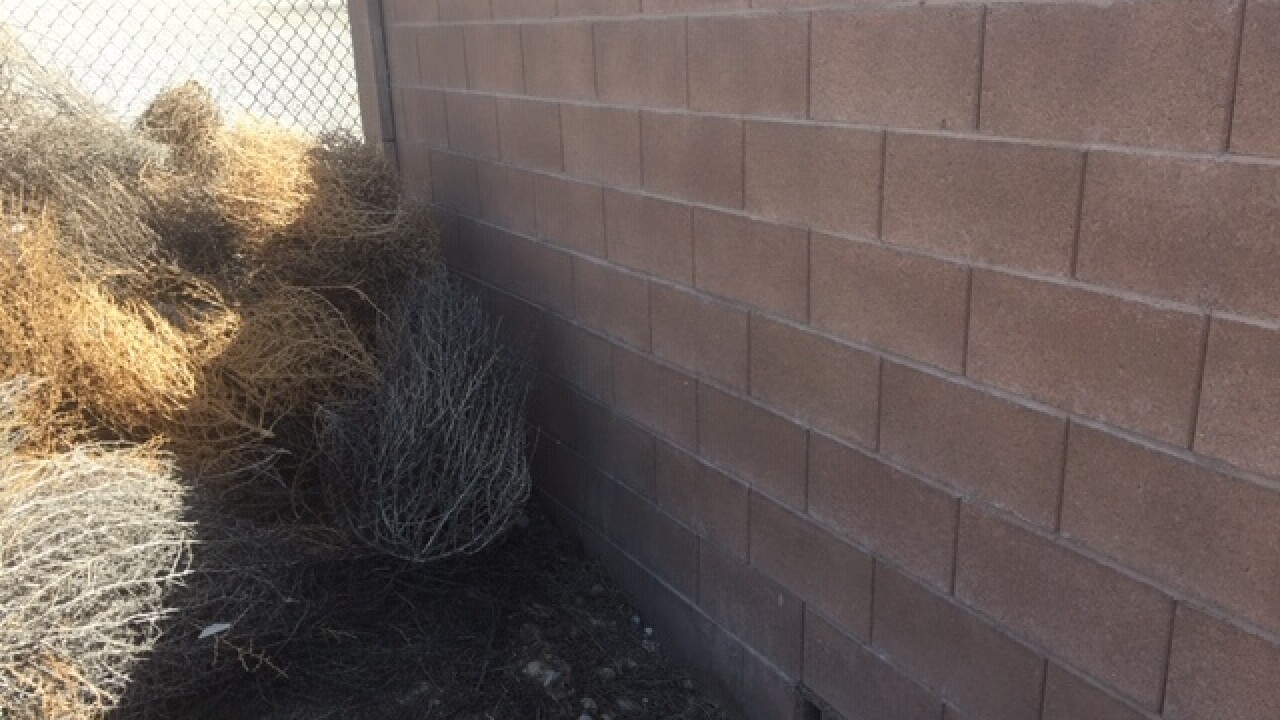 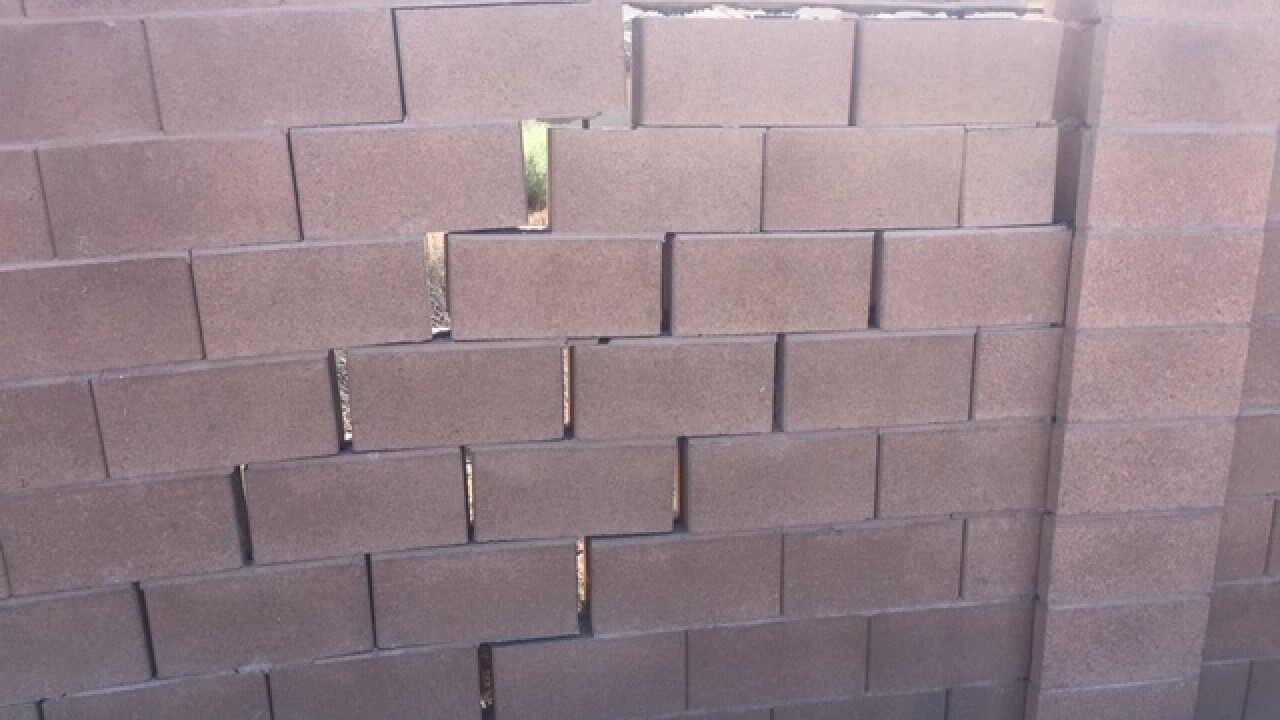 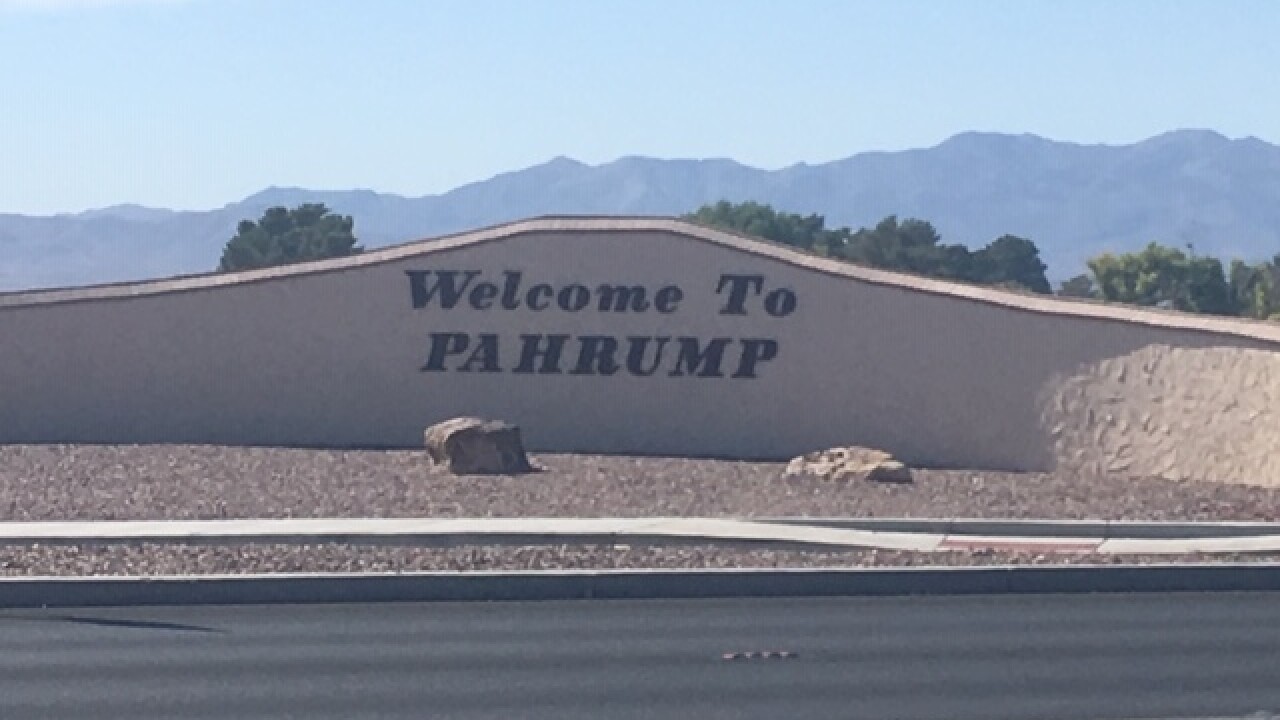 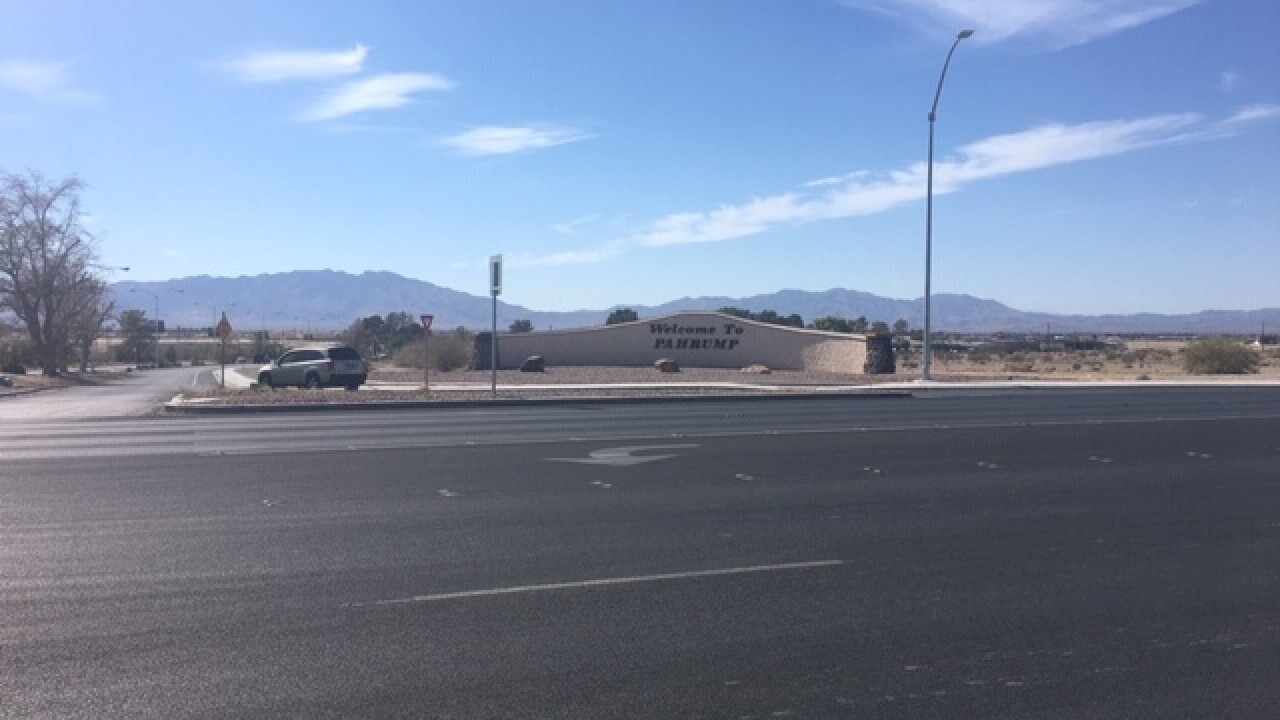 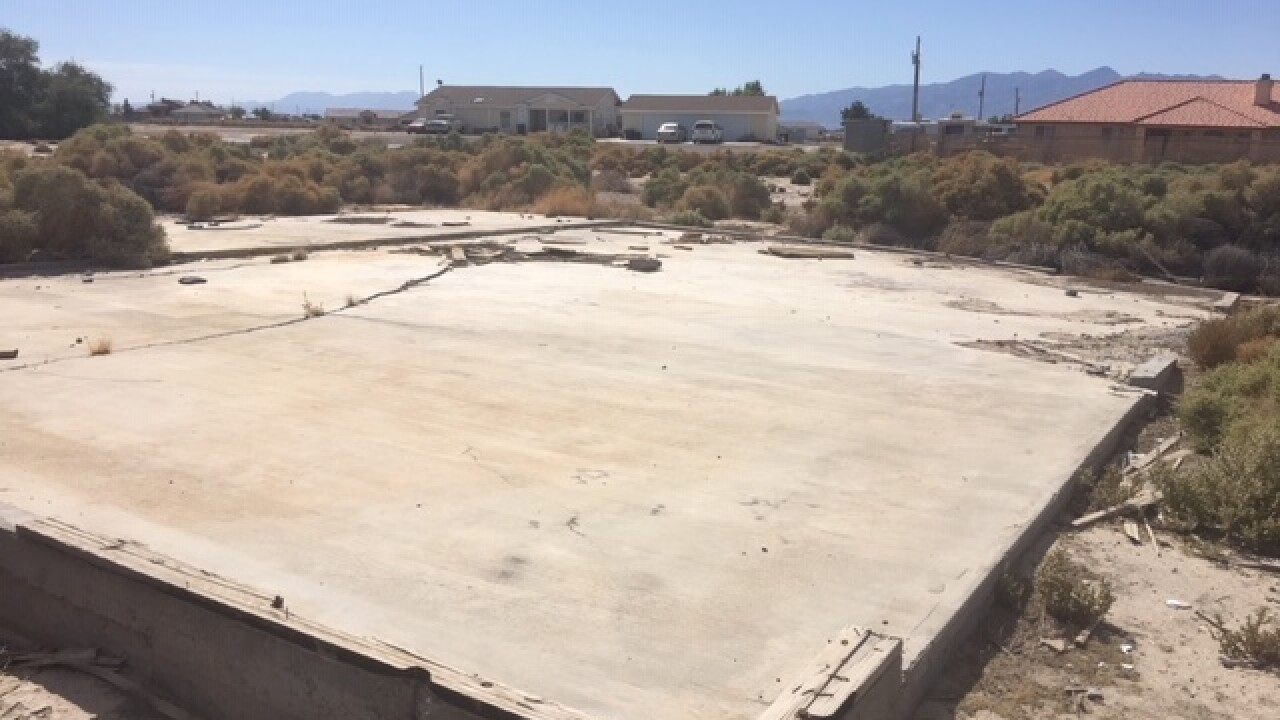 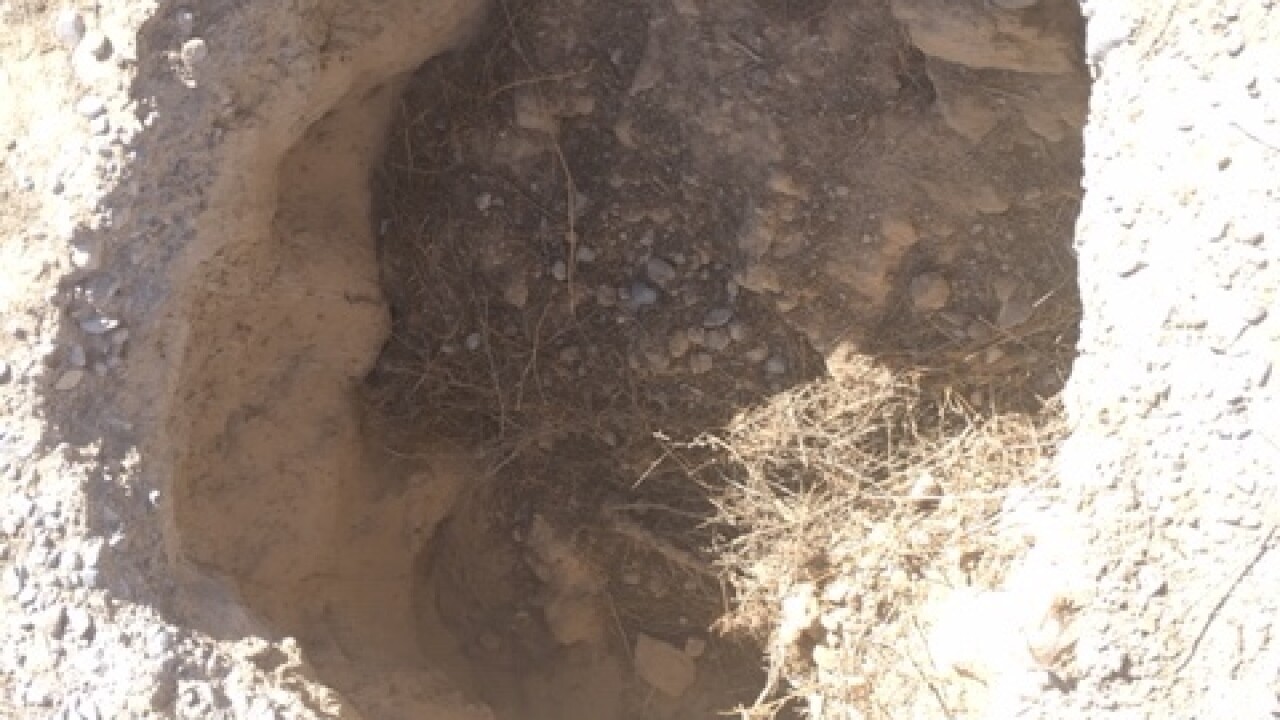 A Pahrump resident is warning others who are looking to escape the high home prices in Las Vegas after she discovered several homes and properties in her neighborhood appear to be sinking.

Kathy Magee purchased her Pahrump home thinking it would be a great investment while escaping the higher median home prices in the Las Vegas valley that have crested $300,000 for the first time in 10 years, according to the to Greater Las Vegas Association of Realtors.

The median price for a single-family home according to the Multiple Listing Service for the Pahrump area is currently $236,477.

"It's a cute little town, everyone is so friendly," said Magee.

"That was one of the first things I noticed when I moved here," she added.

Magee claims she unknowingly moved into an area of Pahrump that turns out to be notorious for sinking homes.

"Once I moved in and things started to happen, I realized I needed to really do some research," said Magee.

Magee points out cracks in her patio, doors in her home that appear to get caught on carpeting when closing, and the chain link fence in her yard has a noticeable slip, among other issues.

Approximately 100 feet from her property, she points out, is a foundation of a home project that has been abandoned.

It appears the concrete foundation sank.

Magee found several neighbors who have spent thousands of dollars to shore up their once-sinking homes.

"What is going on Pahrump is not a secret to the people who live here," said Magee.

Soil-investigating engineers and home inspectors confirm to 13 Action News the sinking condition which has affected up to 100 homes by some estimates, is the result of a soil referred to as "puff dirt."

"There were some homes sinking, but the areas that we are referring to have puff dirt," said Dan Schinhofen, vice chairman of the Nye County Commission.

The area of most concern is located with Schinhofen's District 5, according to soil experts.

Soil engineers say the issue stems from the dirt's powder-like characteristics which shifts and sinks when wet.

Schinhofen said homes built prior to 2001, such as Magees, were not subject to present day building codes in Nye County.

"Make sure you have a reputable real estate agent and they disclose everything to you," he added.

Magee has filed complaints with the Nevada Attorney General and the Nevada Real Estate Division regarding her house transaction.

"I'm in a home that I feel I cannot sell," said Magee.

Realtors suggest using an agent that is familiar with the area you are purchasing a home.

Magee completed a home inspection and it did not indicate evidence of sinking. She wants other potential home buyers to do their homework.

As for Pahrump, the town is in the middle of a boom, according to Nye County officials.

According to building permit data from Nye County: