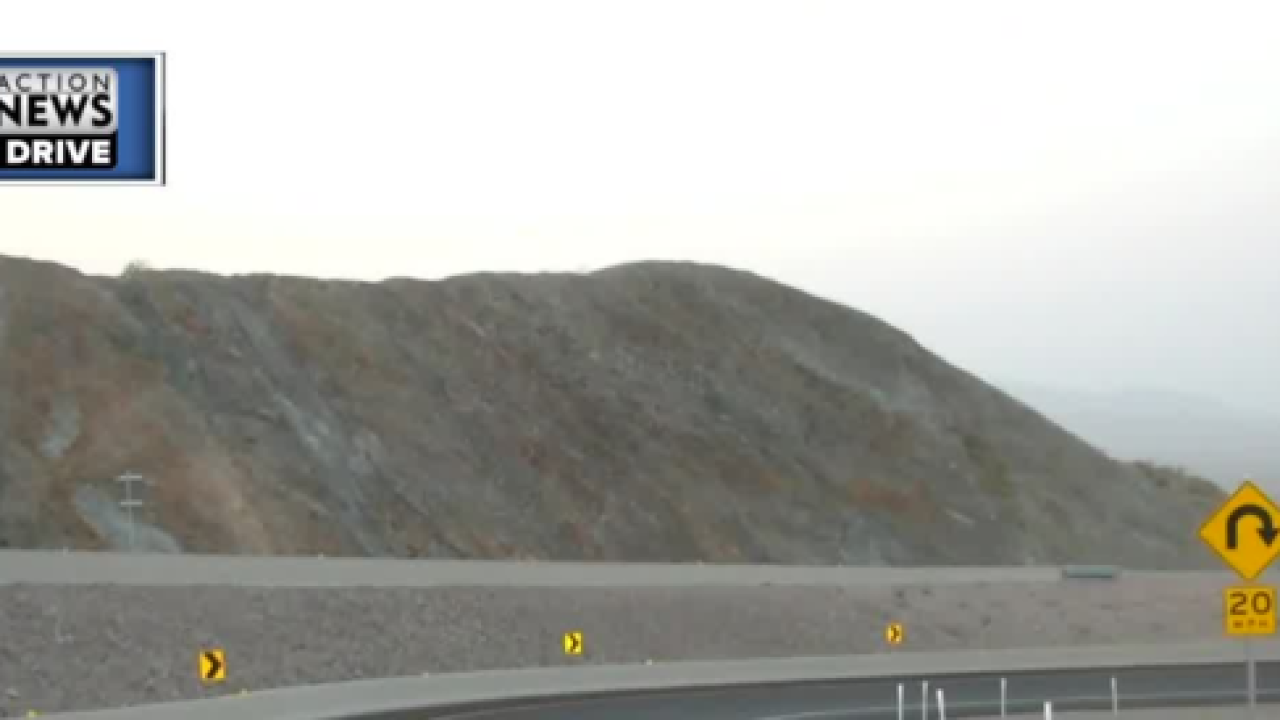 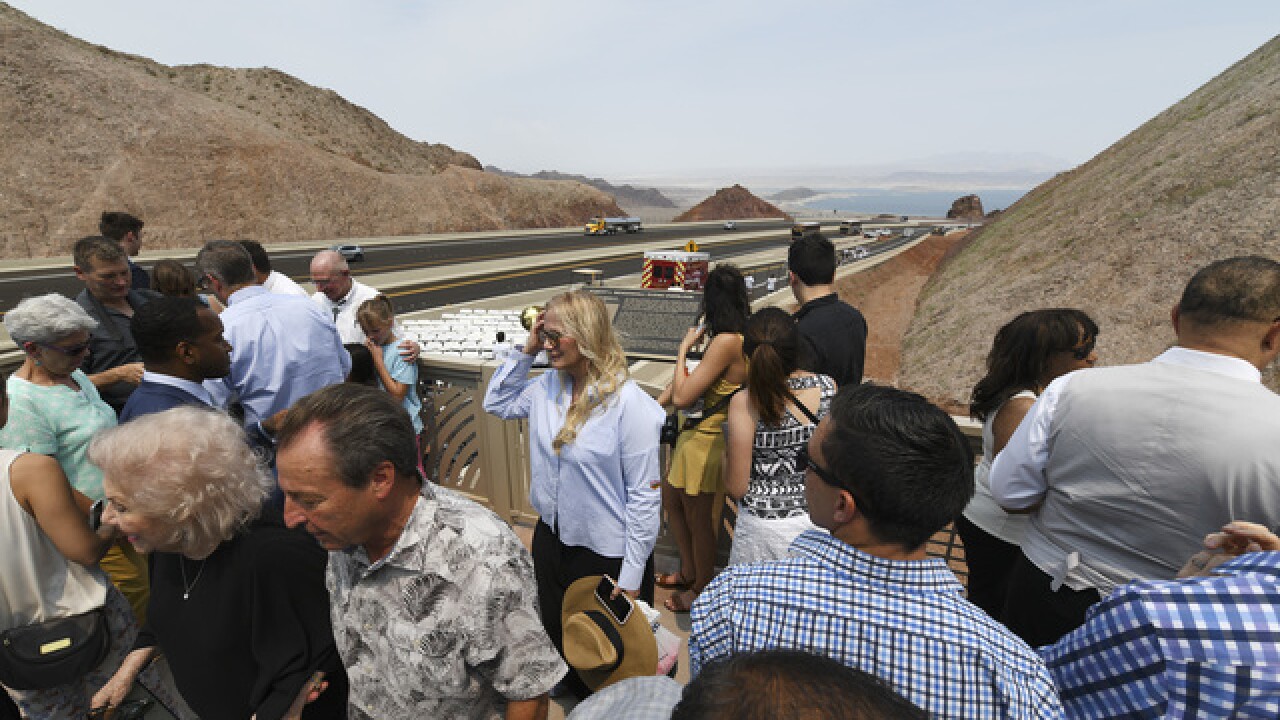 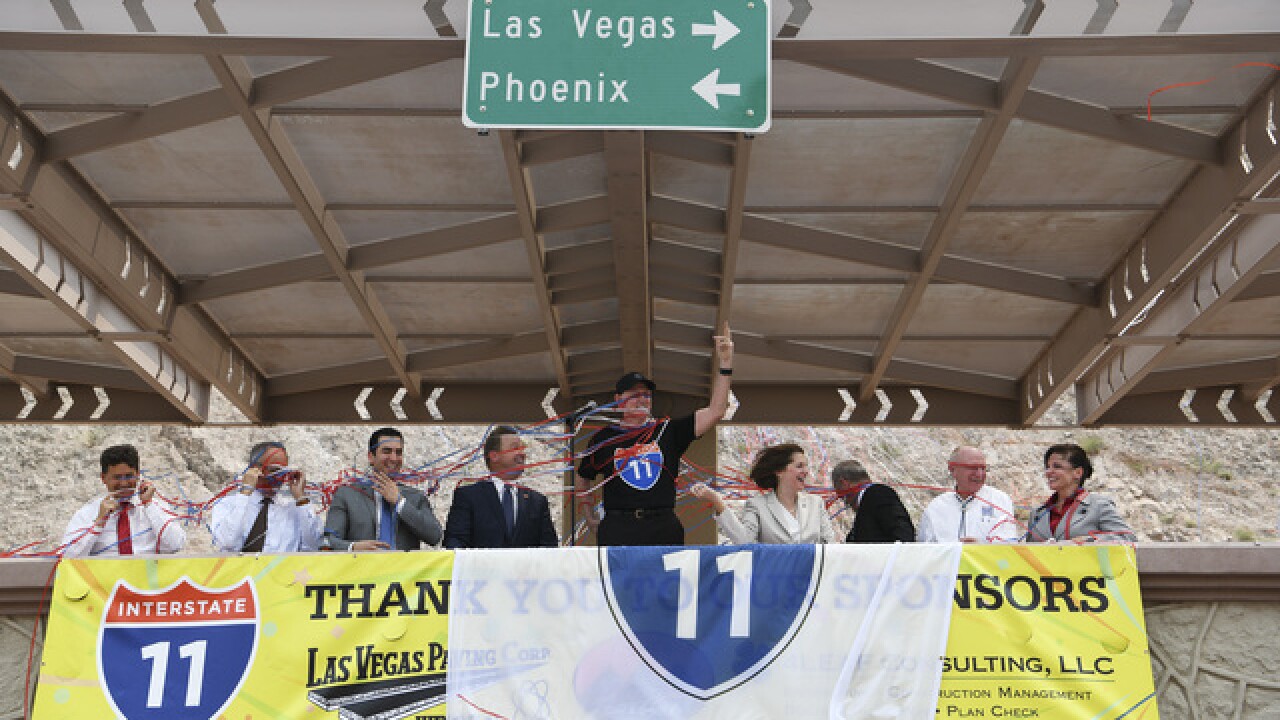 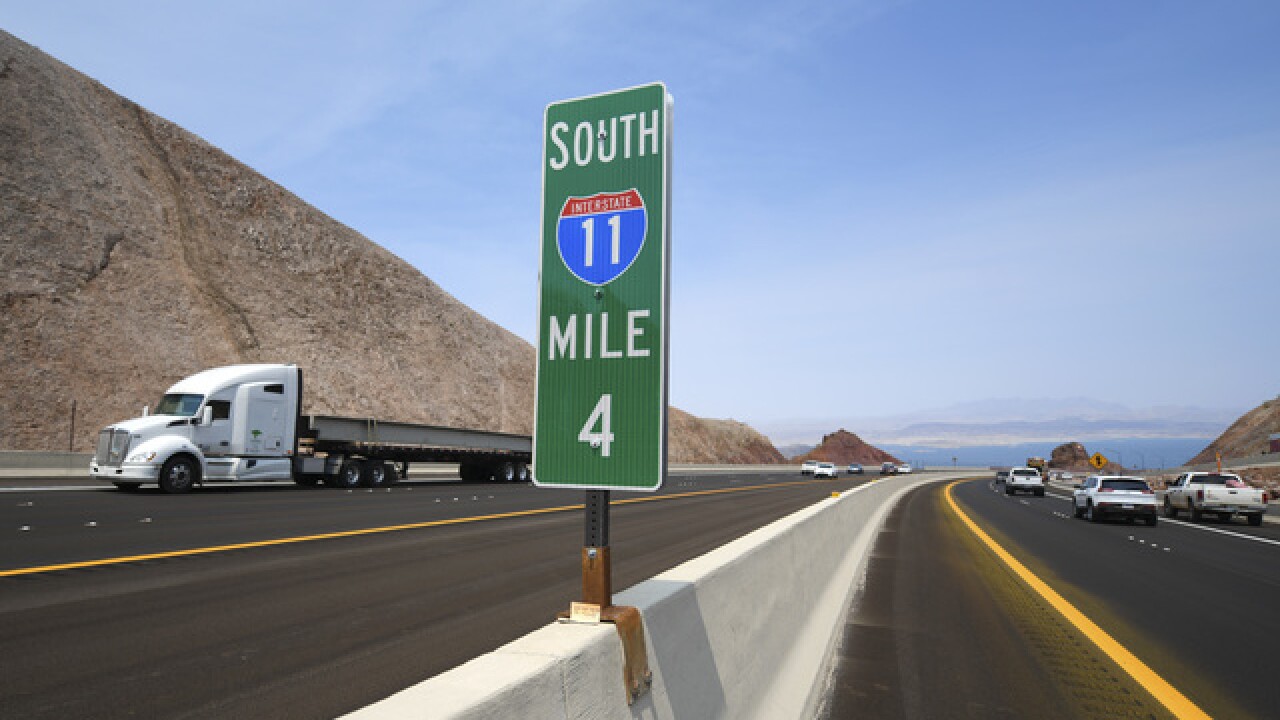 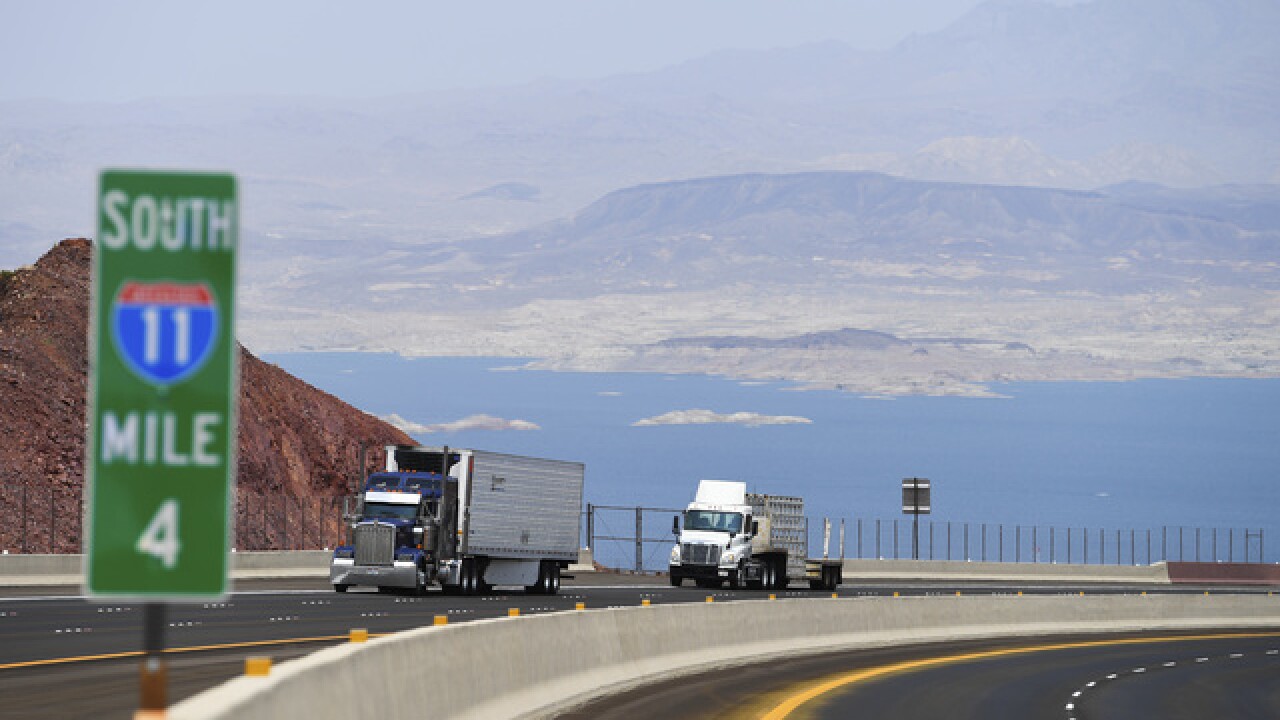 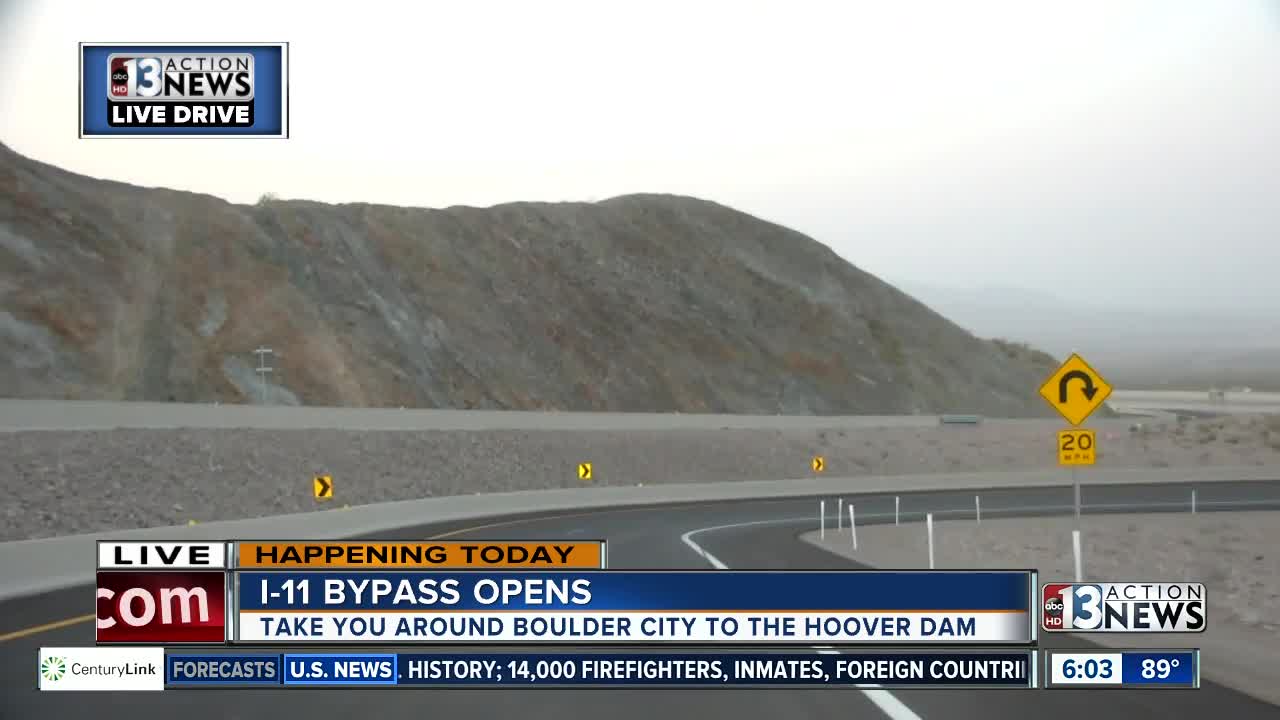 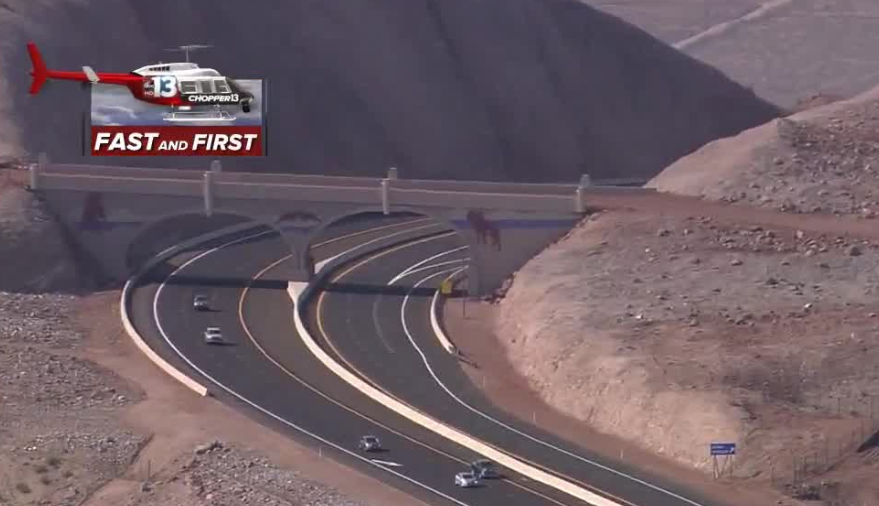 The new stretch of interstate will run about 15 miles with two lanes in each direction and is expected to save drivers up to 30 minutes.

The main goal is to give commuters between Las Vegas and Arizona a relief from the congestion in Boulder City on U.S. 93.

On the east end of the I-11, the bypass links with the Hoover Dam. On the west end, drivers will get on near the existing I-515.

The bypass will also include new bike paths as well has huge retaining walls that pay tribute to workers who built the Hoover Dam.

These are pretty! The big retaining walls on the I-11 are paying tribute to the workers who built the Hoover Dam back in the 1930's. @KTNV pic.twitter.com/szpUZMlQgJ

Interstate 11 bypass will officially open at 11 am! We're getting a look at the new stretch of roadway that will save you about 30 mins if you're traveling to AZ! @KTNV pic.twitter.com/ElMZa6pjoy