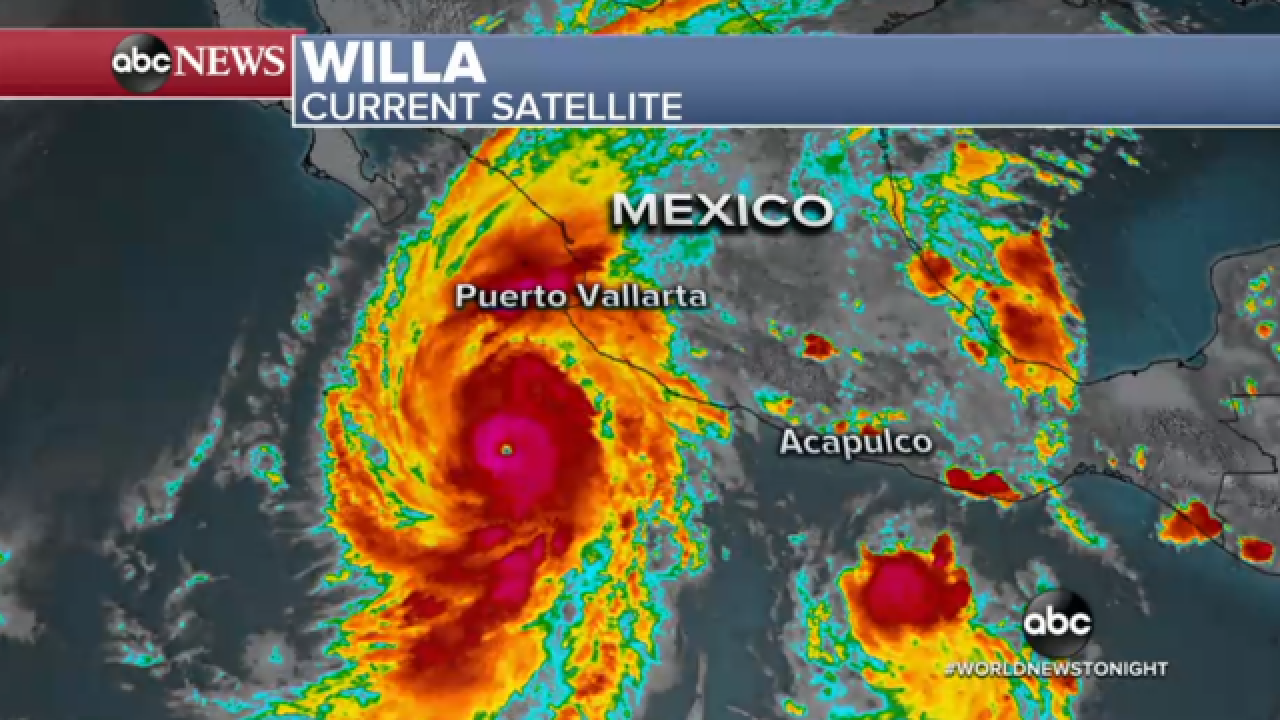 Copyright 2018 Scripps Media, Inc. All rights reserved. This material may not be published, broadcast, rewritten, or redistributed.
ABC News

Newly formed Hurricane Willa rapidly gained force and grew into a Category 3 storm off Mexico’s Pacific coast Sunday, and forecasters said it was likely to reach Category 4 status before hitting land by midweek.

A hurricane watch was posted for a stretch of shore between San Blas and Mazatlan, while a tropical storm warning was in effect from Playa Perula to San Blas. Hurricane force winds extended out 25 miles from the storm’s core and tropical storm force winds were up to 80 miles out.

Willa was about 250 miles (400 kilometers) south-southwest of Cabo Corrientes at midafternoon with maximum sustained winds of 115 mph (185 kph). It was moving to the north-northwest at 6 mph (9 kph), but a turn toward the north was likely during the night or Monday.

The U.S. National Hurricane Center said Willa was expected to become a Category 4 hurricane by Monday morning and approach the coast by Tuesday night. It said the storm could produce dangerous storm surge, while dumping 5 to 10 inches (12.5 to 25 centimeters) of rain across parts of western Jalisco, western Nayarit and southern Sinaloa states, with lesser amounts falling as it moves inland.

Meanwhile, a weakening Tropical Storm Vicente appeared to be a less potent threat farther south. Forecasters said it was expected to weaken into a tropical depression overnight, while remaining just offshore or near Mexico’s southern Pacific coast through Tuesday morning.

Its core was about 230 miles (370 kilometers) southeast of Acapulco with top sustained winds of 40 mph (65 kph). The hurricane center said it could produce 3 to 6 inches (7.5 to 15 centimeters) of rain in parts of Guerrero, Michoacan, Colima and Jalisco states.