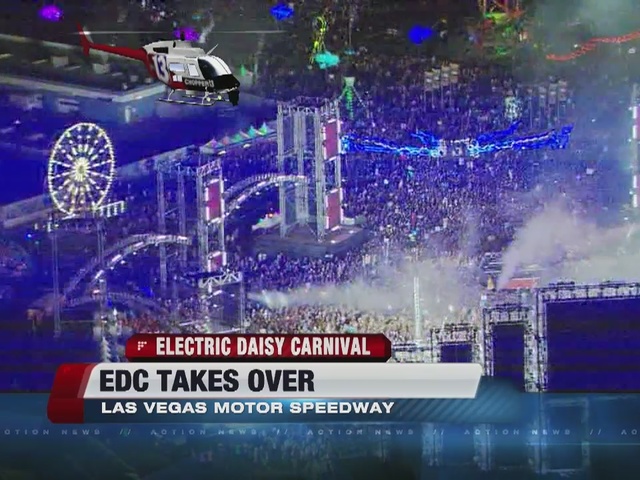 Tens of thousands of people are at Las Vegas Motor Speedway Saturday for Day 2 of Electric Daisy Carnival.Action News at 6:00PM 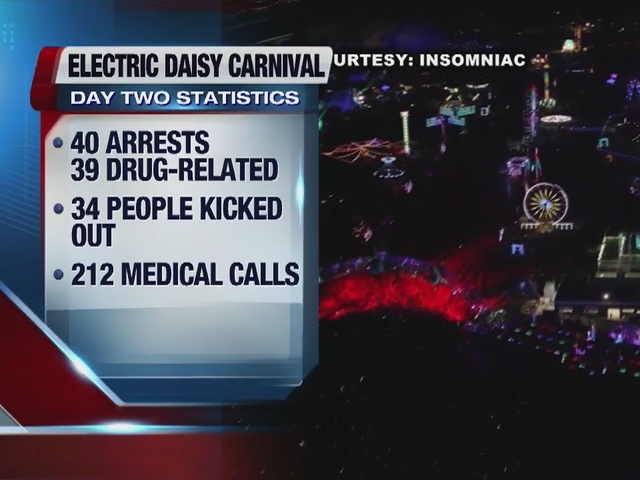 Tens of thousands of people are at Las Vegas Motor Speedway Saturday for Day 2 of Electric Daisy Carnival.

Temperatures reached 100 degrees Saturday and EDC festival goers are doing their best to stay cool, including getting water that was passed out on festival grounds. Temperatures were expected to rise even more Sunday, getting closer to 110 degrees.

From 6 p.m. Saturday to 6 a.m. Sunday, there were 212 medical calls, which police said were mostly minor. However, 12 people were transported to a local hospital.

There were 39 felony arrests -- all narcotics-related, but no arrests for driving under the influence of alcohol or drugs. There were two misdemeanor citations and one misdemeanor arrest.

Of the 135,000 people who attended Saturday night, 34 festival goers were ejected.