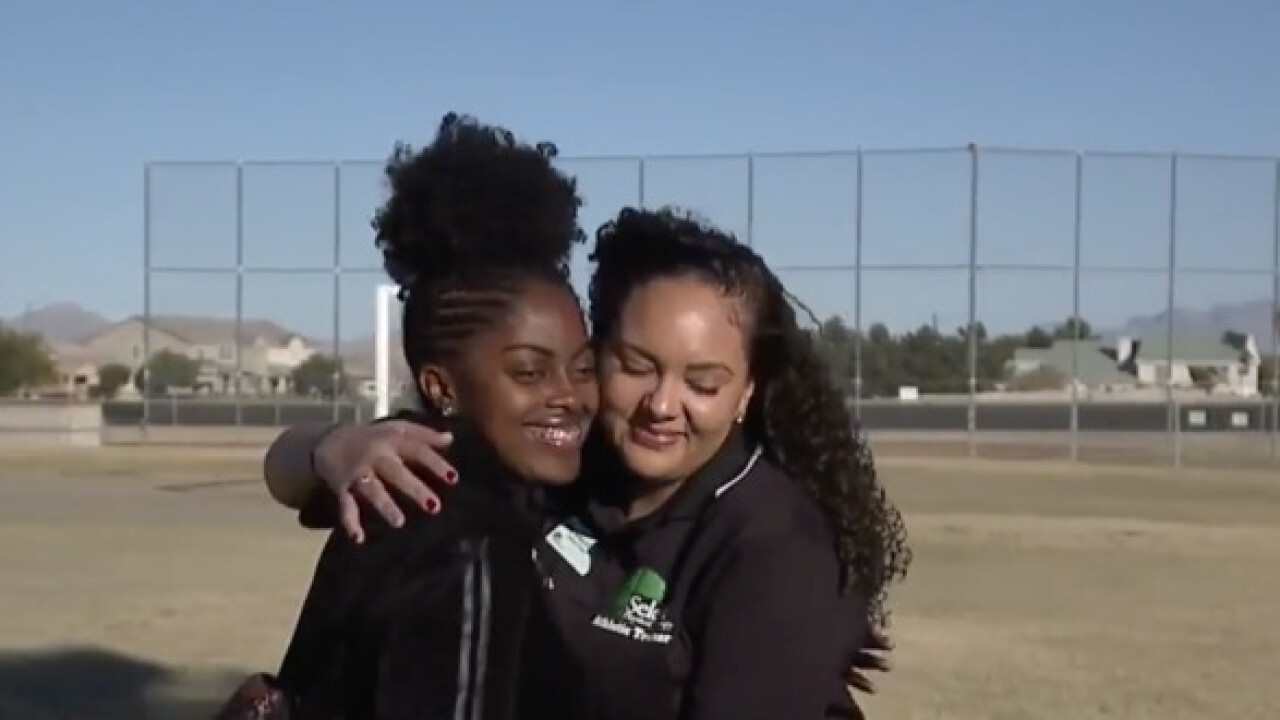 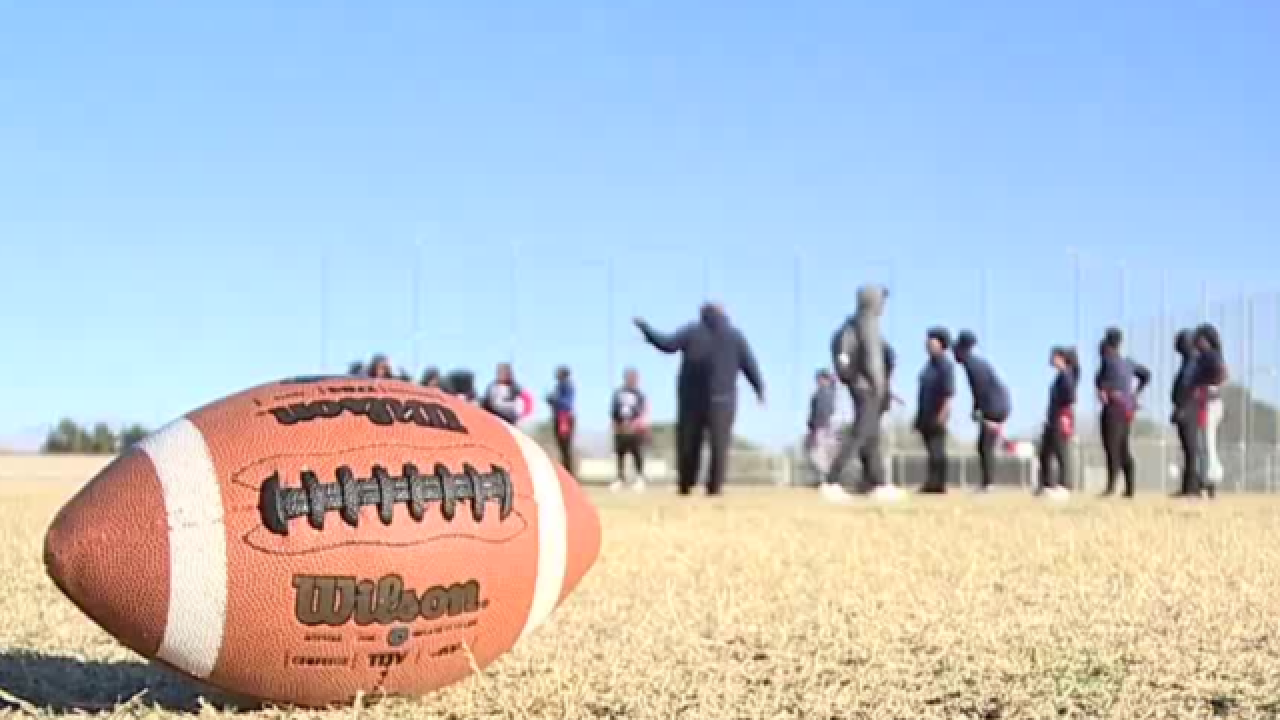 A high school athletic trainer is being hailed as a hero after helping a student who went into cardiac arrest.

The trainer, Chelly Arias, was surprised by her co-workers at Cheyenne High School as she received an award for her actions by the Clark County School District and North Las Vegas Fire Department Wednesday.

"I'm seriously going to cry right now," Arias said as she walked into the crowded room.

"She had no pulse, she was pretty much gone," recalled Arias.

Arias worked on Jones for 11 minutes performing CPR and using a AED to try to revive the teen.

"We really, really appreciate all you have done," said Jones' parents.

Jones spent a week in the hospital, but has since returned to school. She is unable to play flag football again.

"I can do running, but I can't do any contact sports now," Jones said.

Despite her new challenges, Jones is thankful for another chance at life and her new found hero.

"I want to say thank you, because I wouldn't be here and I'm really grateful," Jones said.