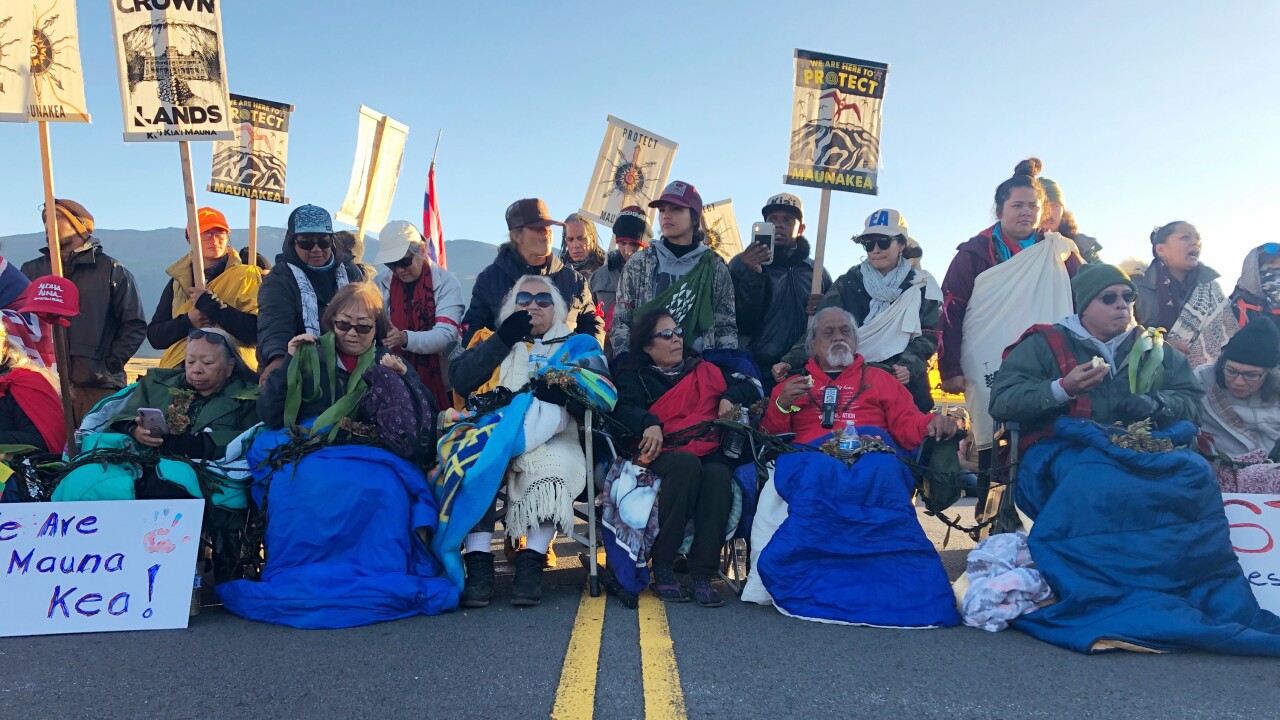 LAS VEGAS (KTNV) — The governor of Hawaii has declared an emergency because of massive protests.

Many residents of Hawaii do not want a telescope built on top of a mountain on the Big Island.

Nearly 3 dozen protesters have been arrested so far.

RELATED: Why some Hawaiians are protesting construction of the thirty meter telescope

Astronomers say the spot is among the best in the world for gazing into space.

An event is planned for this weekend at the famous Welcome to Fabulous Las Vegas sign.

The organizers are calling this a gathering of protectors, people who stand up for and with the native Hawaiians, to protect the sacred land.

Las Vegas is widely known as the 9th island.

There will be 2 gathering times. The first one starts at 9 a.m. Saturday and the second will start at 5 p.m.