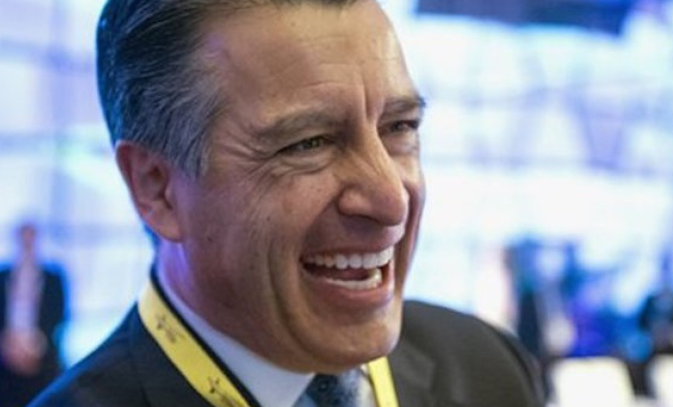 The Board of Regents has voted to approve the appointment of former Gov. Brian Sandoval as the next president of the University of Nevada, Reno. 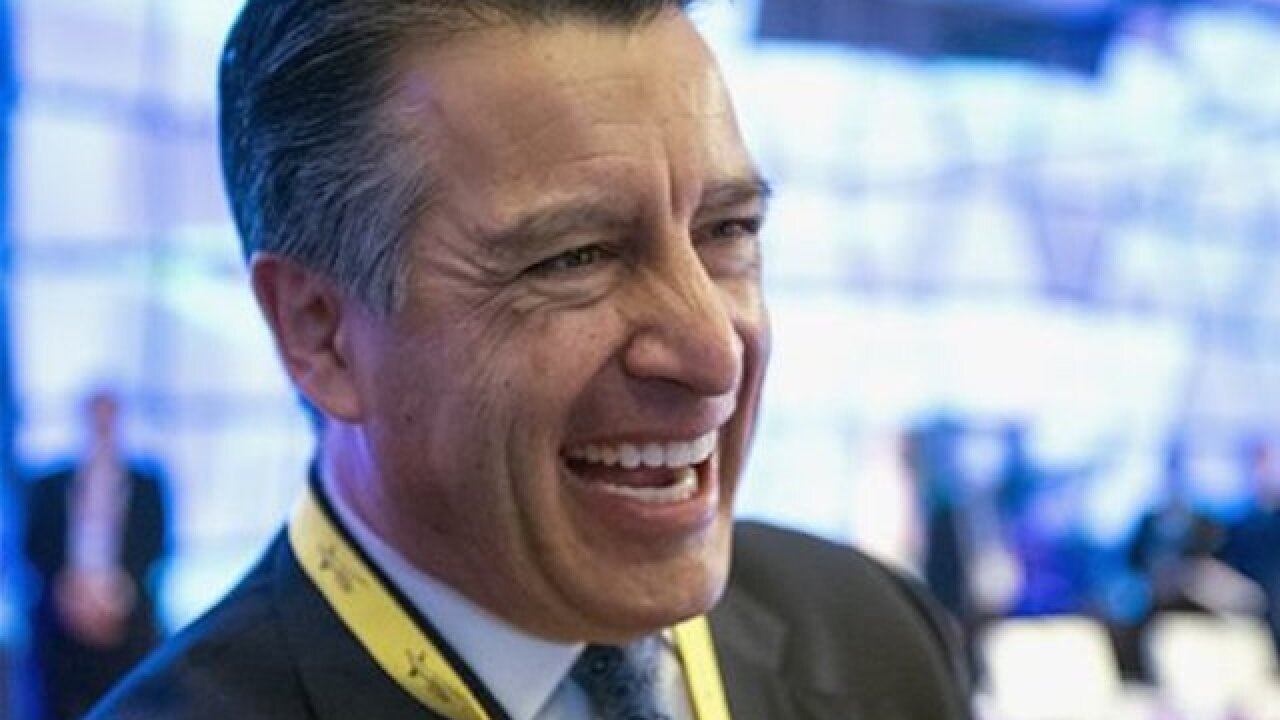 RENO (KTNV) — 2:10 P.M. UPDATE: The Board of Regents has voted to approve the appointment of former Gov. Brian Sandoval as the next president of the University of Nevada, Reno.

Nevada Gov. Steve Sisolak issued the following statement on the appointment by the Board of Regents of former Governor Brian Sandoval as the next President of the University of Nevada, Reno.

"Congratulations to my predecessor and friend, Governor Brian Sandoval, on his appointment as the new President of the University of Nevada, Reno. He has demonstrated throughout his career his dedication to the people of Nevada and our State’s education system. Education at all levels has always been a focus of both mine and his, and I’m excited for the opportunity to work with him to help advance higher education in this State. This appointment is much deserved and I am pleased that both the search committee and the Board of Regents were able to come together to find the ideal person and leader to guide the University’s future.”

Gov. Sandoval, who is currently a Distinguished Fellow of Law and Leadership at UNLV’s William S. Boyd School of Law among other endeavors, will begin Oct. 5, 2020 and serve a 4-year contract.

Prior to becoming governor, he served as district judge for the state of Nevada before being appointed the state’s first Hispanic federal judge. He also served as Nevada’s attorney general, was a member and chairman of the Nevada Gaming Commission, and he served two terms as an assemblyman in the state Legislature.

“Gov. Sandoval is a highly respected leader and visionary. As a two-term governor of Nevada, he has always worked to build bridges of support. His leadership during the Great Recession was instrumental in Nevada recovering from that economic downturn,” said NSHE Chancellor Melody Rose. “I am confident that his experience, along with his love for the state and the university is what this institution needs in a president at this time.”

Chancellor Rose added, “I am also proud that he will become the first Hispanic president of the University of Nevada, Reno, further reflecting the changing demographics of the Silver State and NSHE’s student population.”

Most recently Sandoval was the president of global gaming development for MGM Resorts International, a member of the board of directors for Coeur Mining, and a senior fellow at the University of Southern California’s Annenberg Center on Communication Leadership and Policy.

He has also served on several state boards and commissions, including the Nevada Boards of Pardons, Prisons, Transportation, and Examiners, the Council for the Prevention of Domestic Violence, and was Nevada’s at-large member of the Tahoe Regional Planning Agency Governing Board.

“I have believed in the promise of the University of Nevada, Reno my entire life,” said President Sandoval. “I am extremely humbled and deeply honored to be given the opportunity by the Nevada System of Higher Education and the Board of Regents to lead our University and my alma mater into the future. The University and its people are the bedrock of our community. The work going forward will be to make our University an even better institution, building on the visionary legacy of our 146-year history.”

President Sandoval added, “I truly believe this can be a place where every student, faculty, staff or visitor who ever sets foot on our campus, will know this is a place where they are welcome, where they are valued, and where they feel that anything they hope to accomplish in their lives is possible. We want these dreams to become the University’s dreams. I know that working together, we will achieve them.”

“Gov. Sandoval is committed to and understands the university’s mission as a research institution and its relationship to Reno and Nevada,” said Board of Regents Chair Mark Doubrava. “His breadth of experience will help him lead the university into the future.”

The search committee used in-person interviews and live-stream technology to ensure an inclusive and transparent search process, while conducting the search in consideration for the health and well-being of all those involved.

“I want to thank everyone involved in the search, especially the students, faculty, staff and community members who participated virtually and in-person,” said Regent Rick Trachok, who chaired the ad hoc UNR President Search Committee. “Chancellor Rose and former Chancellor Thom Reilly and executive search firm WittKieffer, gave us four exceptional candidates to choose from, any one of whom could do an excellent job. On the balance I believe the committee made the right choice in choosing someone with a proven track record of recruiting a solid team and executing great ideas. I believe Gov. Sandoval is the right choice to lead the university at this critical juncture.”

Sandoval is a graduate of the University of Nevada, Reno where he received a bachelor’s degree in English. He received his J.D. from the Ohio State University Moritz College of Law.

CORRECTION: A revised release sent to the media says that the appointment of former Gov. Brian Sandoval is expected to happen. The Board of Regents is still in the process of voting. Watch below.

ORIGINAL STORY
At a special Nevada System of Higher Education meeting held Thursday, Sept. 17, the Board of Regents announced the appointment of former Gov. Brian Sandoval as the University of Nevada, Reno’s next president. He becomes the first Hispanic and 17th president of the 146-year-old University. He will begin in the position Oct. 5, 2020.

Gov. Sandoval, who served as Nevada Governor for two terms from 2011-19, is a graduate of the University of Nevada, Reno where he received a bachelor’s degree in English. He received his J.D. from the Ohio State University Moritz College of Law.

He has also served as district judge for the state of Nevada before being appointed the state’s first Hispanic federal judge. He also served as Nevada’s attorney general, was a member and chairman of the Nevada Gaming Commission, and served two terms as a State Assemblyman.